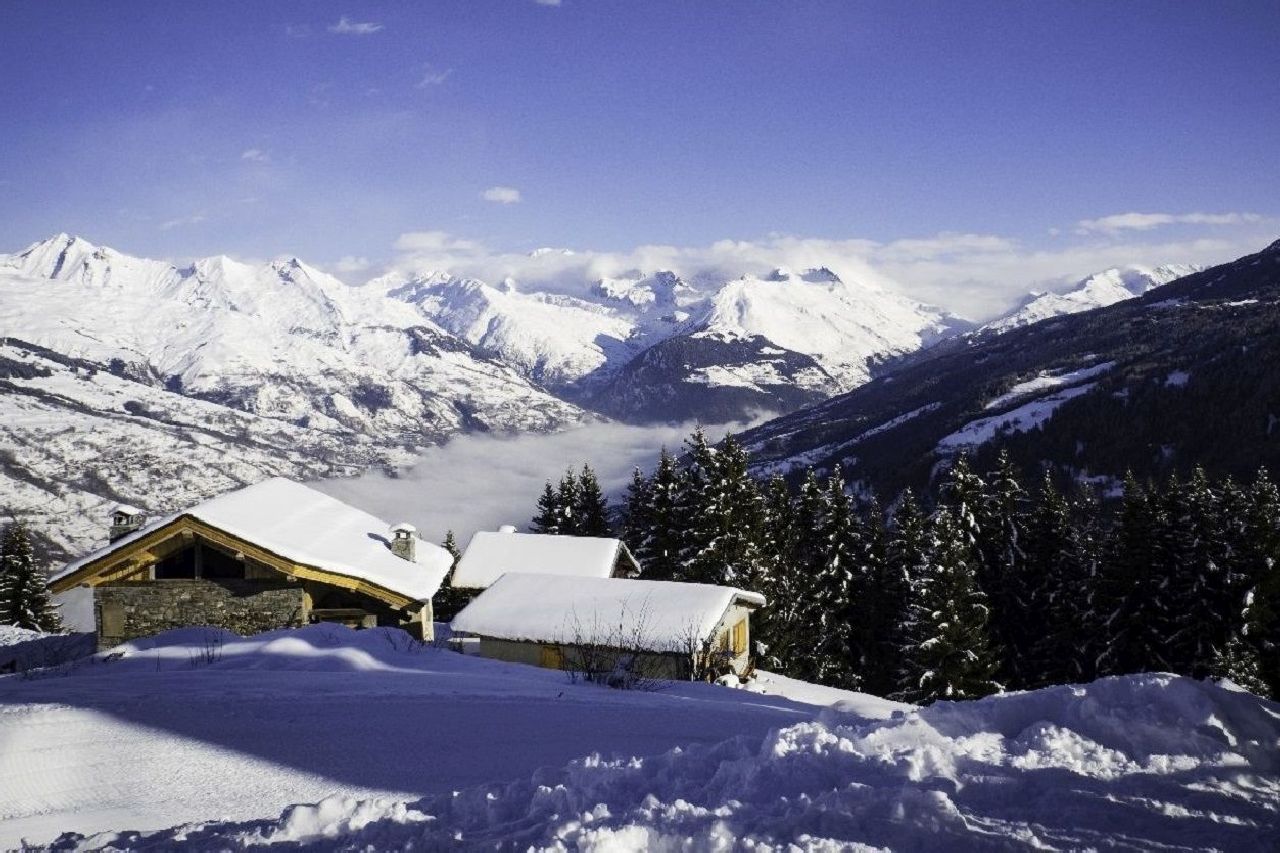 La Plagne is a collection of 11 villages in the Tarentaise Valley in the French Alps. It is part of the Paradiski area, which includes both La Plagne and Les Arcs, and it neighbours the Three Valleys and Espace Killy. Each of the villages has a different feel, from the traditional Plagne Village to the 1960s modernism of Plagne Aime 2000, which faces out onto Mont Blanc (4,808m), the highest peak in the Alps.

The La Plagne resort has more than 200km of well maintained piste spread across 128 runs and accessed via 95 ski lifts. The runs include low-level tree lined runs into Montchavin and Montalbert, as well as high, snow-sure skiing on the Bellcote Glacier. The Most of the lifts are turbo chairs or gondolas, meaning the queues are generally low. Snow cannons throughout the resort help maintain the runs, though by late afternoon those back into the resort can be fairly cut up.

The great selling point of La Plagne for anyone other than beginners is the link to Les Arcs. The massive Vanoise Express gondola connects the two resorts, and ski passes valid across both ski areas are available. This one lift gives rise to the Paradiski ski area, allowing access to over 400km of piste. Les Arcs continues La Plagne’s trend of offering excellent, well maintained pistes across a variety of terrain. At 3,226m, the Aiguille Rouge gives stunning views of the surrounding mountains, and the run to Villaroger is probably the longest in resort, with a descent of 2km and a run length of 7km.

The vast majority of La Plagne’s 128 runs are red and blue, and 70% of them start at heights above 2,000m. There are 19 black runs for advanced skiers, and the resort’s runs cross two separate glaciers. The views at altitude are extraordinary: an Alpine panorama is all around you, and the highest peaks soar to well over 3,400m.

Plagne Villages: Beginner skiers should head to Plagne Villages as from here you can access a cat’s cradle of blue runs linking Plagne Bellecote, Plagne Soleil, and Plagne Centre. These are ideal runs on which to practice your carving as except for at the end of the day, they don’t tend to be too busy, and you can ski significant distances. Several of the routes are tree lined, and hence particularly picturesque, and there are plenty of restaurants and bars along the way where you stop for a rest and a beer.

Roche de Mio: Roche de Mio at Plagne Bellecote is at a height of 2,700m and accessible via a gondola. From the top there’s a super long blue which runs down to Col de Forcle, but those with more confidence will want to pick up the red Inversens and then connect onto the black Crozats for a truly thrilling ride. The Roche de Mio also gives access to the Glacier de la Chiaupe and its medley of black and red challenges.

Belle Plagne: At Belle Plagne you will find two ski parks. Col de Forcle is best suited to beginners, but at Le Grand Park the four routes, 20 rails, tables, airbag, and boardercross course will keep even skiers and snowboarders at the top of their game occupied for hours. 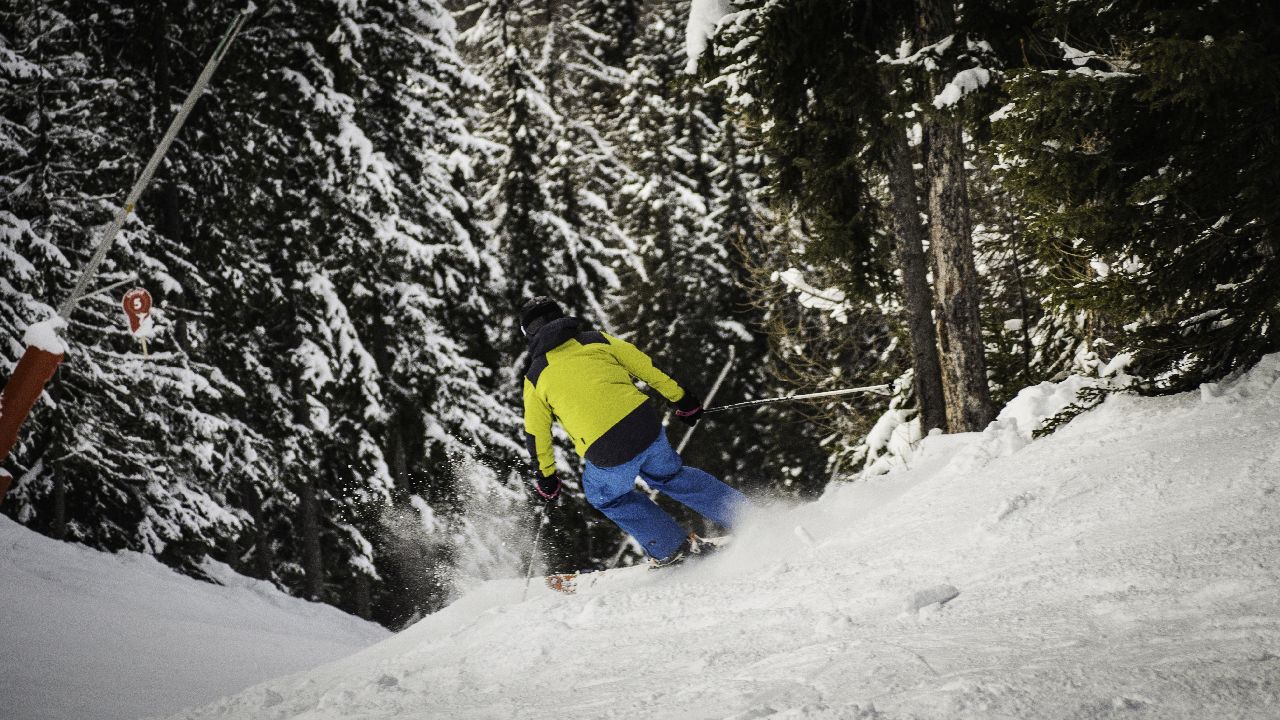 Guaranteed snow: Snowfall in Europe has been particularly poor this winter, leaving many ski resorts with sparse snow cover. La Plagne is a notable exception: more than 100 slopes are still open mid March, the snow is at least 2m deep at the top, and skiing is possible well into April. Ski cannons guarantee snow on all the main runs.

Variety of runs: With 95 lifts and 128 runs, La Plagne has a huge variety of slopes, including lots of beautiful blues and reds for beginner and intermediate skiers. There are a few good black runs for advanced skiers, and an increasing number of un-pisted reds and blacks. The options for off piste skiing, including through forests and in wide bowls on the glacier, are numerous. And if you do find yourself having skied all 128, La Plagne connects directly to Les Arcs via the massive Vanoise Express gondola, giving you access to another 200km of runs.

Olympic bobsledding: For adrenalin junkies, there is the terrifying bobsled run, built for the 1992 Winter Olympics. This offers visitors a once in a lifetime chance to ride an Olympic track in a real sled. It’s thrilling, but your heart will be in your mouth throughout the ride.

Après-ski: La Plagne draws a crowd who like to ski hard by day and party hard by night. Many of the restaurants on the mountain become fully fledged clubs come late afternoon, the perfect spot for Moet and ski! You don’t have to worry about getting back to your village at the end of the day. A network of free gondolas and buses covers the whole resort, so as long as you can get back to one of them, you can always get home. 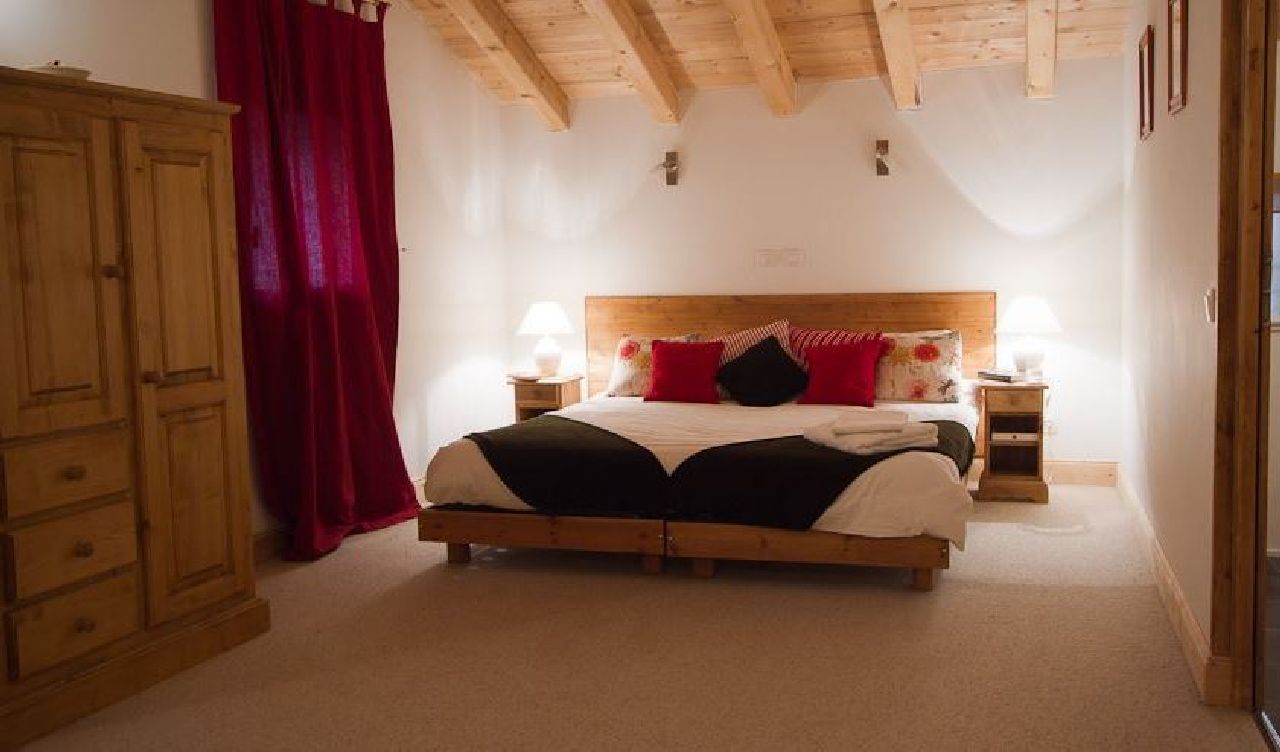 A typical chalet bedroom in La Plagne courtesy of Alpoholics

There’s a large variety of accommodation across the resort, including hotels, self catered apartments, and catered chalets. Alpoholics is a small British company which owns five chalets across La Plagne. The chalets are run by a team of Brits, all of whom are friendly, laid back, and happy to share recommendations for pistes, powder, and places to eat. Their chalets all have private hot tubs, and other facilities include saunas, games rooms, and cinemas, depending on the chalet.

Easyjet flies direct from London Gatwick to Geneva for under £200 return. It’s then a 3-4 hour transfer by road to Geneva, though its quicker if you get the train as it stops at the base of the mountain. Other airport options a similar distance away from the resort include Lyon, Grenoble, and Chamberry.