Attractively situated at the confluence of the Monongahela, Allegheny and Ohio rivers, surrounded by wooded hills, Pittsburgh has cast off its industrial past and is now one of America’s most attractive cities. 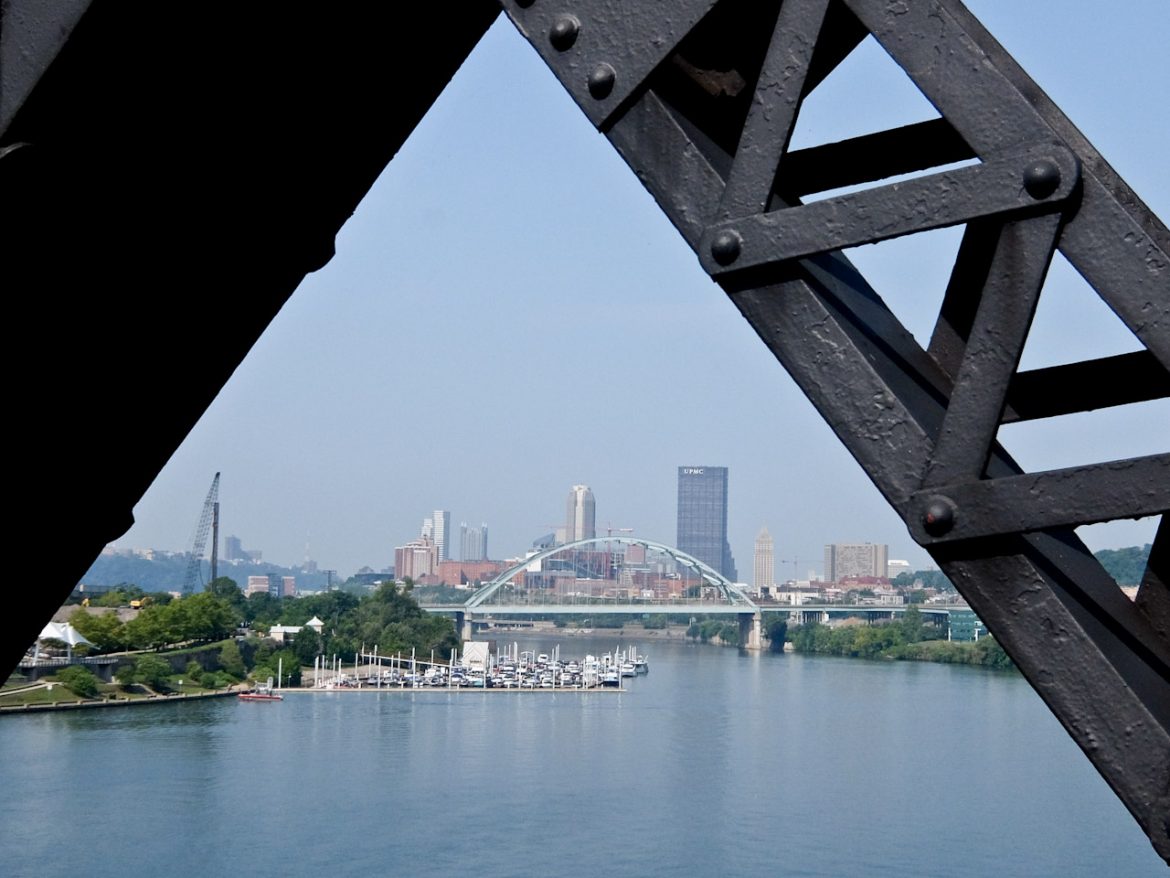 Industry began here in Pittsburgh the early 1800’s with the building of iron foundries to process local ore and coal. Soon it became the world’s largest producer of steel, a city of belching chimneys and grime, continuing until the 1960’s. Now the mills and furnaces are quiet, the factories demolished or transformed, and the banks of river have attractive green spaces amongst the modern high rises.

There was big money made here and the cultural legacy of Andrew Carnegie, the Mellon bankers, the Frick coal merchants and the Heinz family lives on. You’ll find impressive Art Galleries, including one devoted to Andy Warhol, the city’s most famous artist, and a brand new Moonshot Museum dedicated to space exploration. Immigrants were drawn here to work and their influence is reflected in the diverse food on offer.

An excellent way of getting to know the city is to take a bike on the Great Allegheny Passage or GAP Trail along the traffic free riverside paths. It will take you through parks, over bridges and past amazing murals. If you’re feeling keen you can cycle all 335 miles to Washington DC. If not, relax with a beer at the Sly Fox brewery.

Close to downtown, on the banks of the Allegheny, the warehouses of the Strip District have recently been converted to house a variety of ethnic food stores and cafes. A ‘Burgh Bits and Bites tour allow you to taste the specialities of the city’s many immigrants. Of course there’s an Italian meat shop but there’s also Middle Eastern Hummus and Pita bread, plus Greek specialities as well as Empanadas and Tamales from Reyna’s Latin American grocery.

The Carnegie Museum of Art was probably the first to start collecting the “Old Masters of tomorrow” and is one of the leading institutions in America. Its spacious halls with high ceilings are ideal for displaying what was once called Modern Art with impressionists, cubists and surrealists rubbing shoulders with American landscape artists.

Andy Warhol was born in Pittsburgh and the largest museum in the world dedicated to a single artist spreads over seven floors of a converted Victorian warehouse. As well as iconic pop art and portraiture, it has archival collections of Warhol belongings.

The Mattress Factory takes alternative art forms to another level with installations, videos and performance art. It’s notorious for pushing the boundaries of both artist and viewer. Exhibitions in 2022 include “Shrine” – a celebration of Black motherhood – developed with local Pittsburgh arts residency “Sibyls Shrine,” and installations from international artist Doreen Chan. 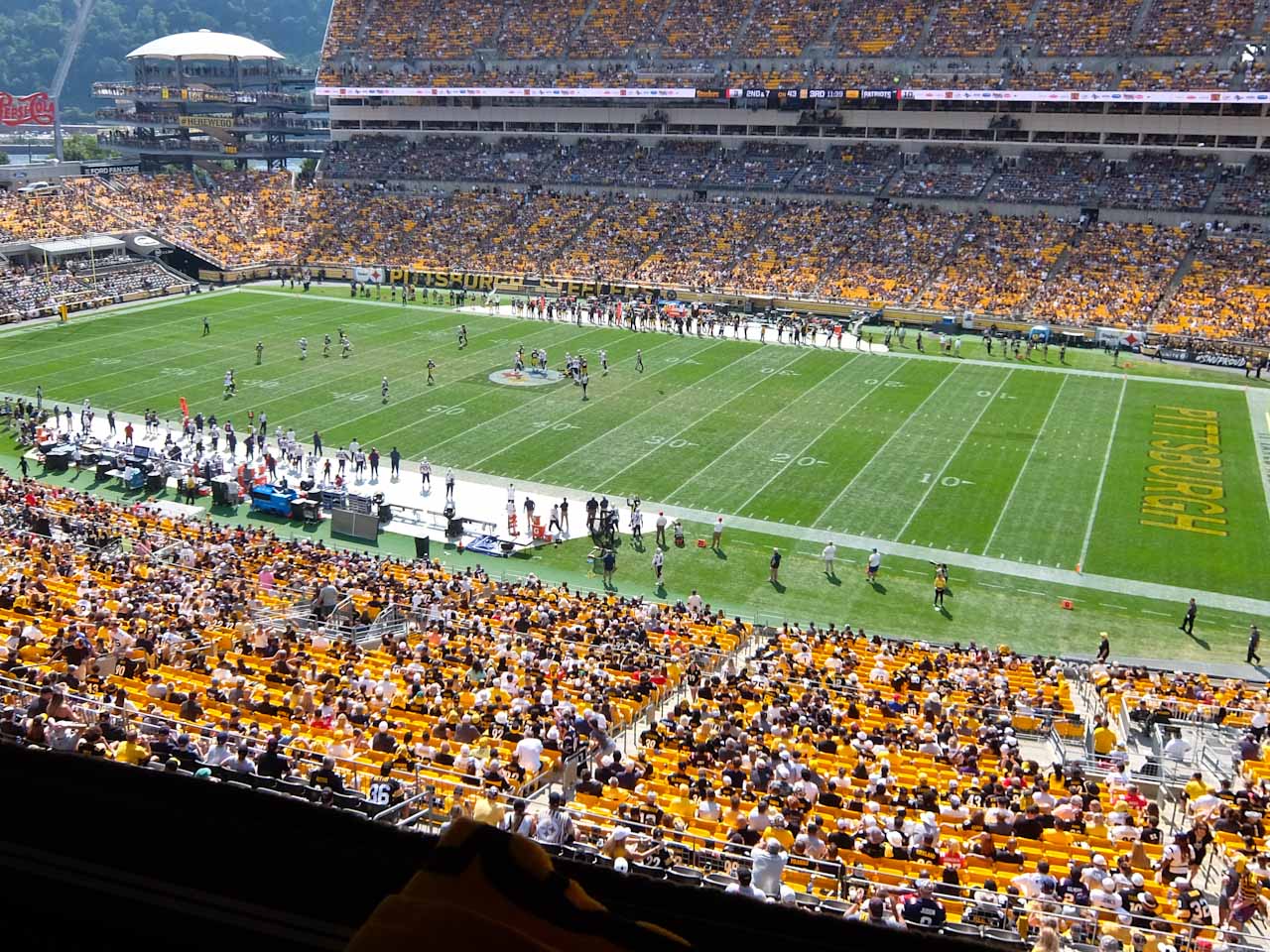 NFL football is like a religion in Pittsburgh, and the local team, the Steelers, achieved a remarkable run of four Super Bowl championships in six years during the 1970s. Match days at the Acrisure Stadium attract fans from all over the USA, often arriving at the start of the weekend to commence the festivities. Inside the stadium, the atmosphere is electric, even though I saw them lose to the New England Patriots. 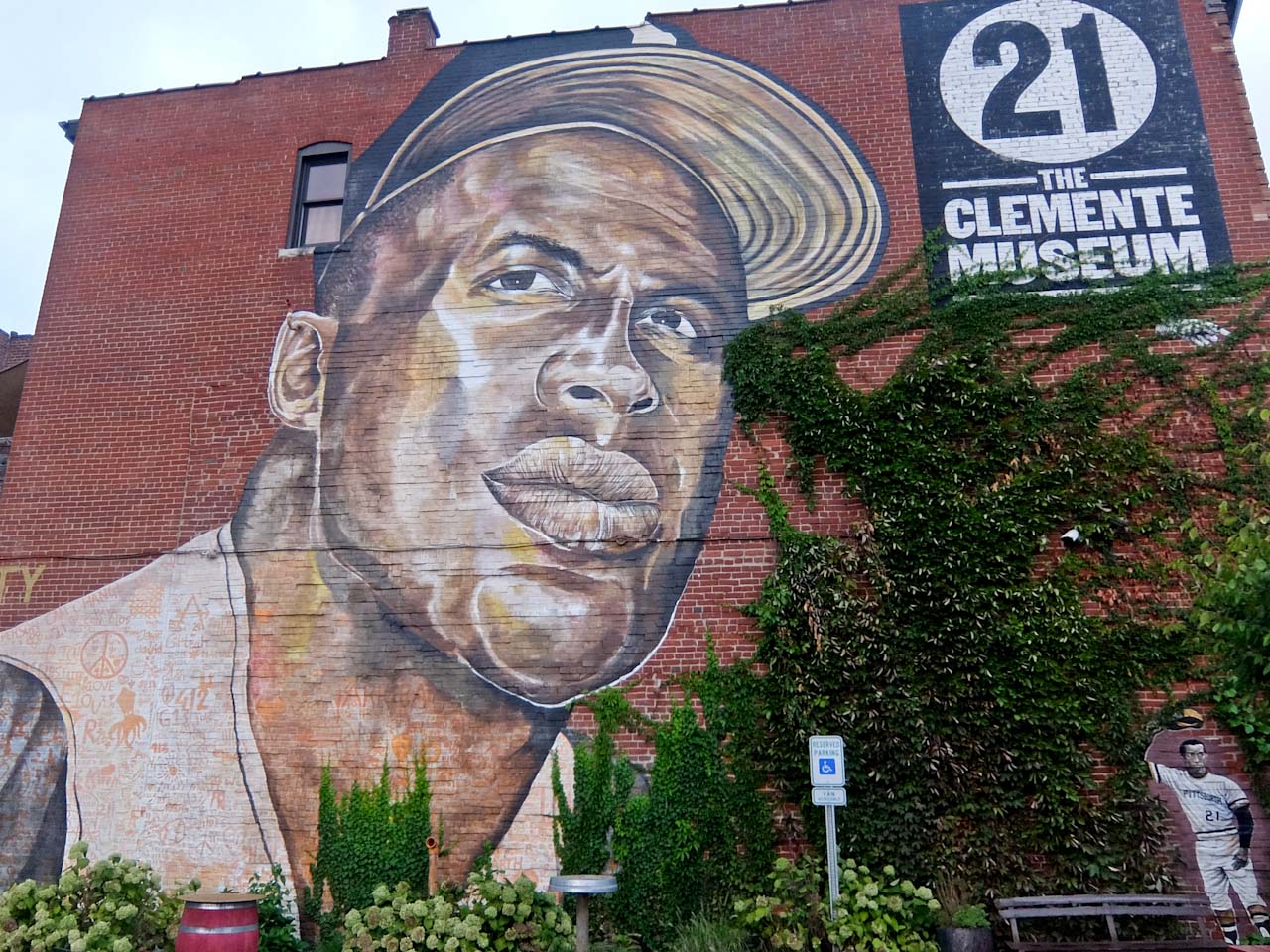 Located in the historic Engine House 25 in Lawrenceville is a museum devoted to Pittsburgh baseball legend Roberto Clemente with the largest collection of Clemente memorabilia. Originally from Puerto Rico, he joined The Pirates in 1954 and he rose to become one of the greatest baseball players of his time. Surprisingly, in the basement, founder and curator Duane Rieder makes wine from the grapes of premium growers in California, Chile, and South Africa. It’s very good indeed.

The blast furnaces and rolling mills of Pittsburgh have been replaced by education and technology. One side of the brand new Moonshot Museum inside the HQ of space robotics company Astrobotic Technology Inc. is a glass wall where you can watch real lunar landers and rovers being built and readied to fly to the Moon. The interactive exhibits deal with the future of human space exploration.

Take a one hour trip southeast of Pittsburgh to the Laurel Highlands where there are two iconic houses designed by famous architect Frank Lloyd Wright.  The first is Fallingwater, built in the late 1930s, into a cliff of waterfalls. This building put the architect on the map and still contains all his original fittings and artwork. Even now, its situation still astonishes, the various levels cantilevered out over the water.

Twenty minutes away is one of the last houses he designed before he died, again integrated into the middle of nature, but this time on the wooded hillside of Kentuck Knob. There are tremendous views across the Youghiogheny River Gorge where you might be tempted to go white water rafting. The small village of Ohiopyle nearby is the base for picking up a boat, or setting off hiking or biking.

INFO:  Visit Pittsburgh has information about the city.

STAY: Rooms at TRYP by Wyndham Pittsburgh/Lawrenceville start from $159 (£134).

Walter’s Southern Kitchen has some of the best BBQ and southern food in the city.

Grist House and Cinderlands Warehouse both brew their own craft beer.

I know lots of Europeans, mainly Germans. I tell them to come to DC. Drive the beautiful route to Pittsburgh. Stay 2-3 days. Then on to Cleveland (sadly their art museum is better than ours). Then either Toronto (they love Niagara Falls) or farther west, to Detroit or better Chicago and then home.