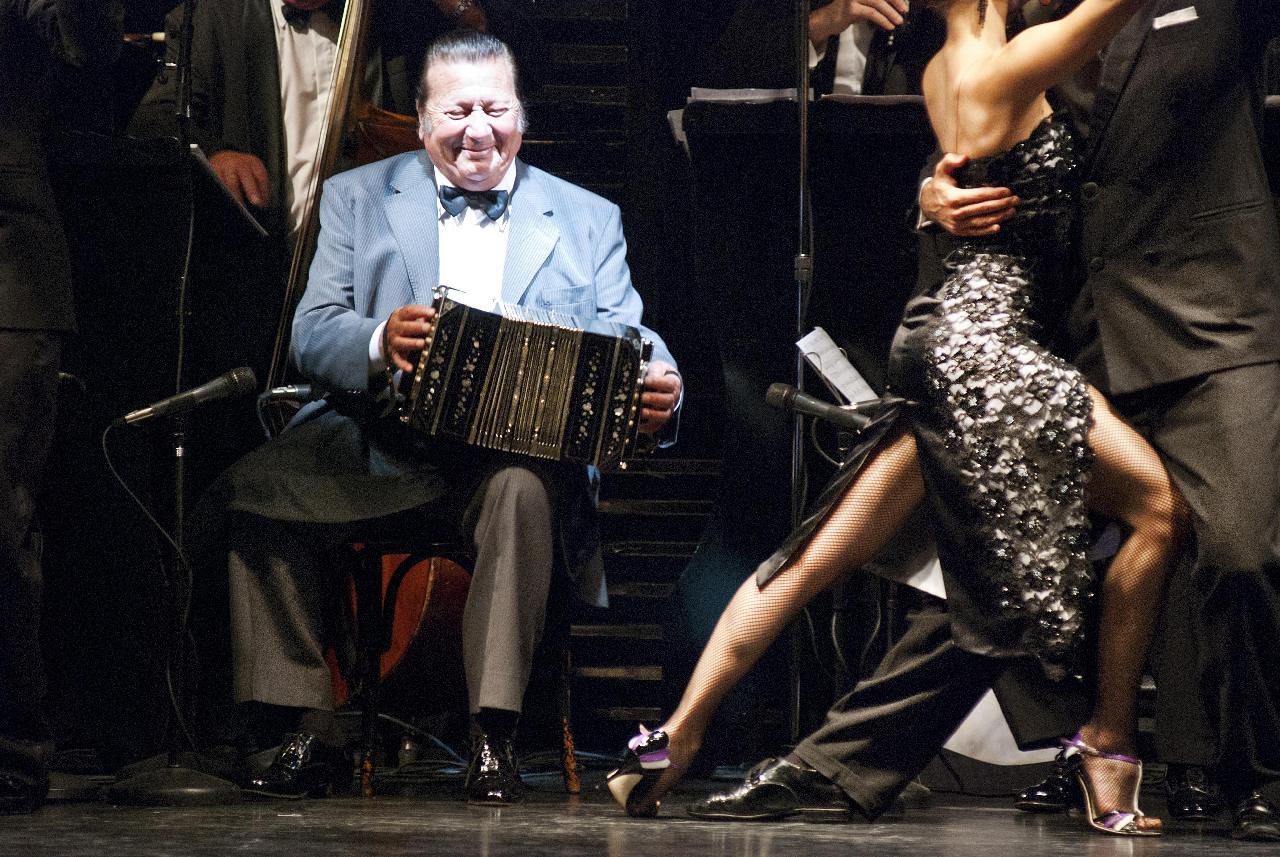 Buenos Aires is South America’s most magnificent metropolis, recognised for its pulsating nightlife, European glamour and as the birthplace of tango. But there is plenty more about the city to explore and learn beyond that sensuous dance.

Below is our list of the top 10 little known must-know facts about Argentina’s capital that will add a cool-factor to your after dinner conversation.

The British had a strong influence in Argentina, and one legacy they left is the traditional Afternoon Tea, known in Buenos Aires as simply “té” or “merienda.” The local take on this British tradition includes tea, coffee or yerba mate (a local variety of tea) and is traditionally accompanied by an alfajor – a small cake filled with dulce de leche – or medialunas- the local version of a croissant. This is a great way to keep going until Buenos Aires’ traditionally late dinnertime, which is never before 9pm, and may often be as late as 11pm.

The emblematic Alvear Palace Hotel has one of the most elegant afternoon teas in the city, as does the traditional Café Tortoni on Avenida de Mayo. Buenos Aires has long had a thriving café culture and its many historic cafes were the meeting places for illustrious literary, musical and political figures, including Argentina’s most famous writer, Jorge Luis Borges and tango icon Carlos Gardel. Today the city has over 70 listed historic cafes known as bares notables, which are officially recognised for their importance to the city’s culture.

The land of Tango

Declared an intangible cultural heritage by UNESCO, while tango might seem all high-class and elegance, its origins are anything but. The dance originated in the mid-1800s in bordellos and other spaces in the then working class port areas of Buenos Aires, like San Telmo, La Boca and Barracas, where recent immigrants, freed slaves and others on the margins of society mingled together. Only around the 1910s, when world-renowned crooners like Carlos Gardel brought the music to Paris, did Argentina’s high society embrace the dance.

Today, you can enjoy watching professionals at places like Esquina Carlos Gardel or Rojo Tango in the Faena Hotel, or head to Salon Canning to try it out for yourself. Many spaces offer lessons before performances. Alternatively, visit the home of tango legend Carlos Gardel, now converted into a museum, which also houses a tango library and an exhibition about his life and career.

Buenos Aires has more bookstores per capita than any other city 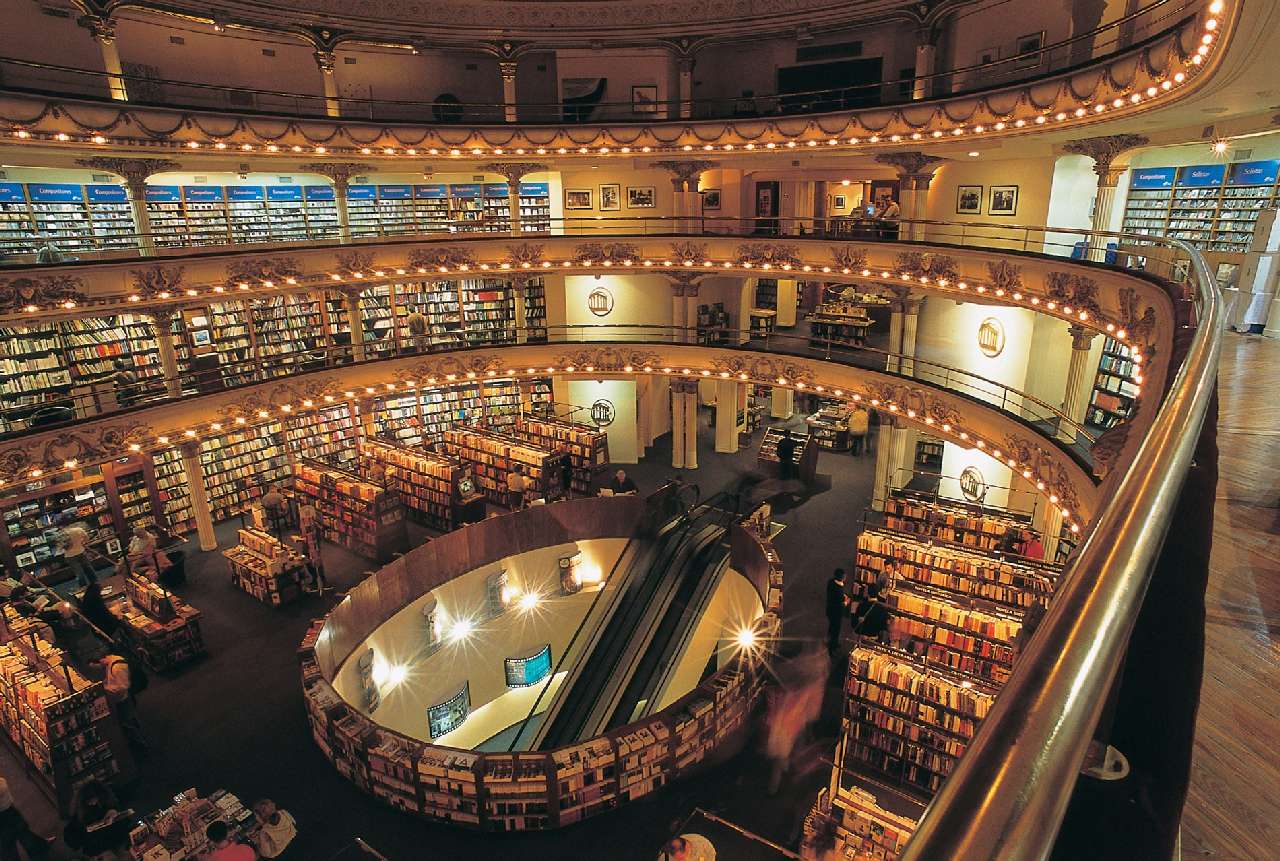 If you love books, and have a grip of the Spanish lingo, you’ll love Buenos Aires. According to a 2015 World Cities Cultural Forum report, the Argentine capital has more bookshops per capita (25 for every 100,000 people) than any other city in the world. Librerías line two of Buenos Aires’ most famous avenues, Corrientes and Santa Fe, including the beautiful El Ateneo Grand Splendid, a bookstore converted into an old theater. With over 800 bookstores and thousands of kiosks selling affordable paperbacks throughout the city, from San Telmo for used and antique books, to Palermo Viejo, a favorite neighborhood of one of Argentina’s greatest writers, Jorge Luis Borges.

La Recoleta Cemetery is considered the most important in Latin America 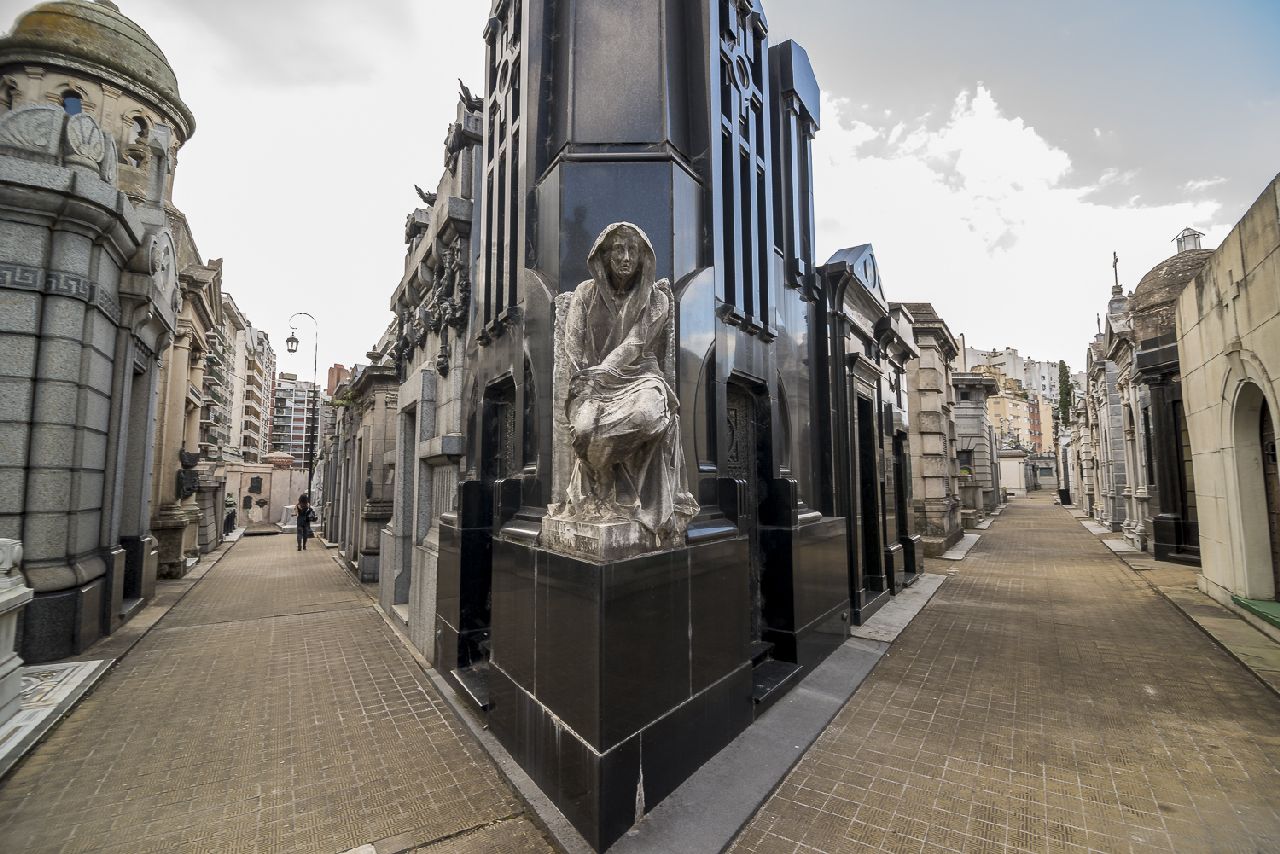 One of the privileges enjoyed by the rich and powerful of Buenos Aires is getting to spend eternity in a garden of magnificent, hand-carved stone mini-mansions.

La Recoleta Cemetery, opened in 1822, spans four city blocks, and is most famous as the last resting place of First Lady Maria Eva Duarte de Perón, better known as Evita. Wander among the tombs, many covered in exquisite statues, and see the final resting place of many of Argentina’s most important historical figures, whose names also appear on the streets throughout Buenos Aires.

Avenida 9 de Julio is the widest avenue in the world

One of the most remarkable sites in Buenos Aires is Avenida 9 de Julio (or 9th July Avenue), named for the day in 1816 when Argentina won its independence from Spain. Among the widest thoroughfares in the world, the avenue crosses Buenos Aires from south to north, and is home to, among others, the Obelisk, its most prominent landmark. Planned since 1888 as part of the city’s redesign to more closely resemble Paris, work did not begin until the 1930s, reaching its current width of 12 lanes (six in each direction) in the 1960s. 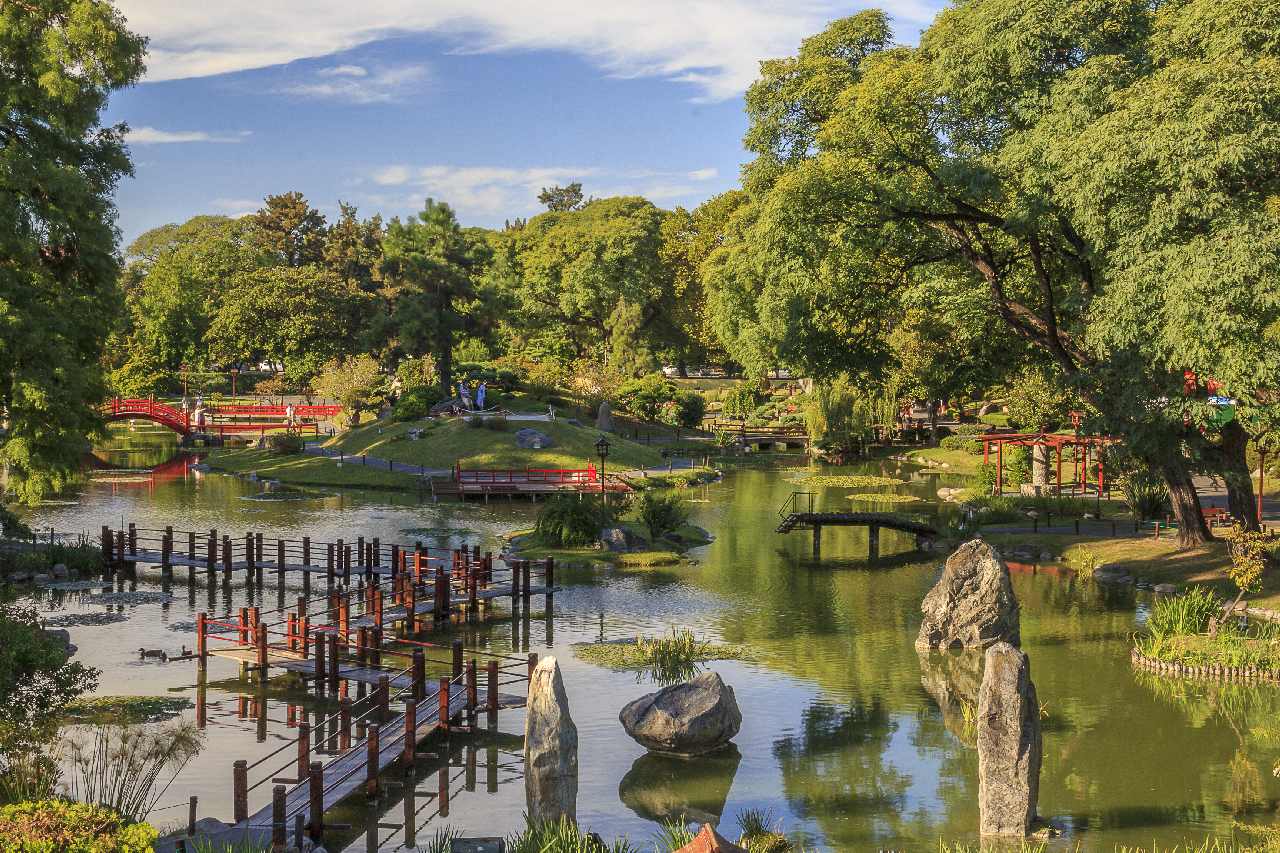 Tucked amid the plentiful parks of the Palermo neighbourhood, between Libertador and Alcorta avenues, along Casares Ave, Buenos Aires’ Japanese Gardens opened in the late 1960s to honour the visit of a Japanese prince. With its ornamental landscaping, Japanese lighthouse, and red bridges, it feels like you are entering a new secret world. The Gardens are the site of numerous Asian festivals, a community centre, and tea house are also located in the garden complex.

Buenos Aires metro system is the oldest in Latin America

Opened in 1913, the Buenos Aires’ underground, called ‘”El Subte”, is the oldest metro system in Latin America, and the fourth oldest in the Americas, after New York, Boston and Philadelphia. Its first line, Línea A, connected the Presidential Palace, or Casa Rosada, with the Congress. This  historic line is beautifully ornamented, with some stations having mini-displays on the history of the subway.

Many stations are decorated with a beautiful riot of coloured tiles, from Moorish designs to funky 1970s patterns. The newest line is Línea H, which has the only subway station in the world named after a LGBT civil rights figure, Carlos Jáuregui, at the corner of Sante Fe and Pueyrredon Avenues.

Buenos Aires has long been a progressive city, and in 2002, legislation was passed making it the first city to allow civil unions for gay and lesbian couples. Already a breakthrough for the region, this was only enhanced when in July of 2010, same-sex marriage became the law of the land in Argentina, ahead of the United Kingdom and many other countries.

The central monument in the Puerto Madero neighbourhood is the Puente de la Mujer, or the Bridge of The Woman, designed by the famous Spanish architect Santiago Calatrava. It is meant to evoke a man and a woman embracing.

The pedestrian bridge is a favourite spot for smooching couples, especially at sunset. It’s also fitting that a bridge honouring the female half of the world is in a neighbourhood where most of its streets are named after important women in Argentine history, like Alicia Moreau de Justo, the wife of Argentine political leader and writer Juan B. Justo (who has his own street in Palermo). Among her many activities, she was also the co-founder of the Union Feminista Nacional in 1920.

Buenos Aires is the city with the most football stadiums 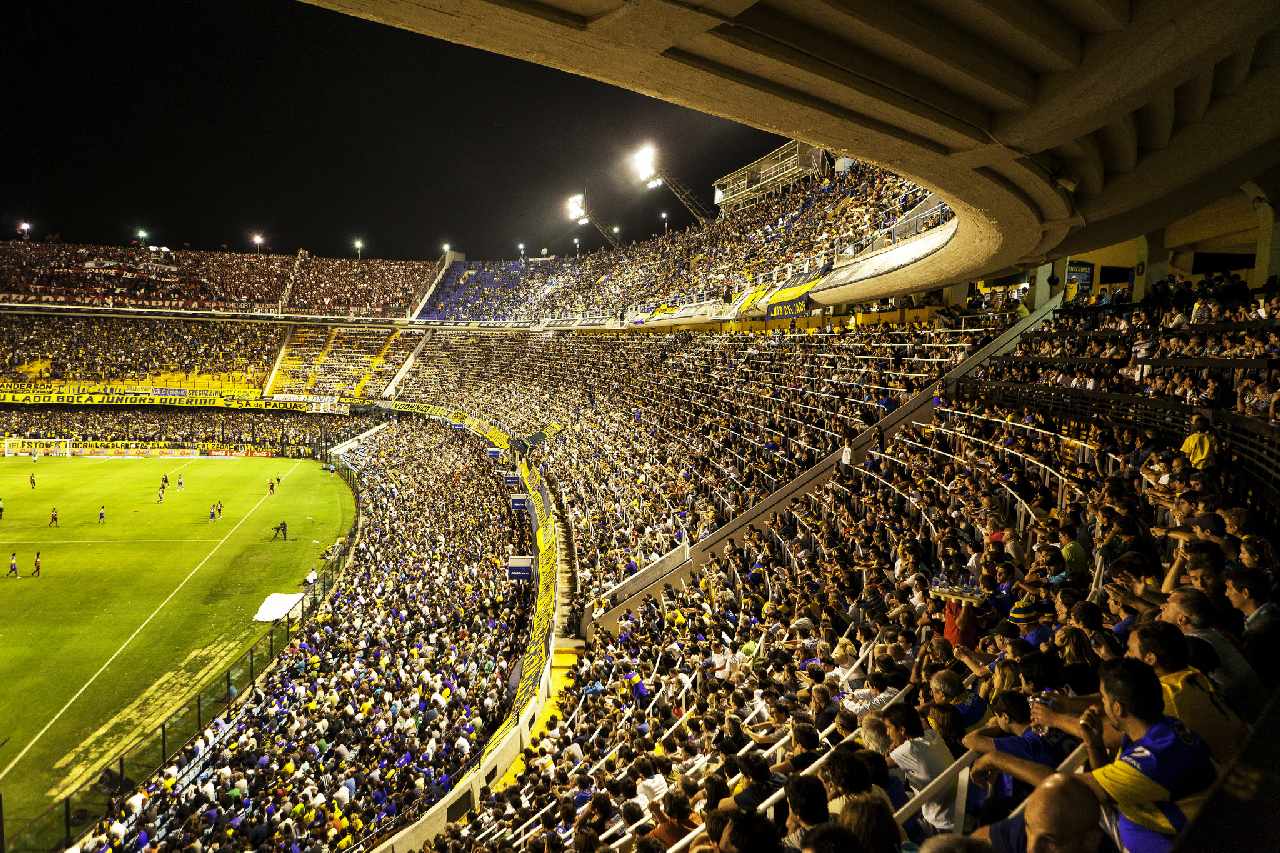 The city is great for footy fans

No city has a bigger passion for football than Buenos Aires. It is evident in the love people show for their teams, and in the fact that Buenos Aires has more soccer stadiums than any other city in the world.

The most famous is La Bombonera, “the chocolate bowl”, home to Boca Juniors, the team that made Diego Maradona a star in the 1980s.

One way to see many of Buenos Aires’ stadiums is on the Futboleros Barrio Tour, which traverses the city in a day, and takes in stadiums from world-renowned clubs to lower division clubs, each with their own unique history, culture and loyal support base.

Virgin Atlantic now provides Wi-Fi on board its entire fleet