Home WorldEuropePortugal Top 10 things to see and do in Aveiro, Portugal
PortugalTop 10

Top 10 things to see and do in Aveiro, Portugal

Throughout this coastal city on the Ria de Aveiro lagoon, slow travel is being redefined, harbouring a vibrant canal scene, Nouveau architecture, and a reflection of Venice without the crowds. 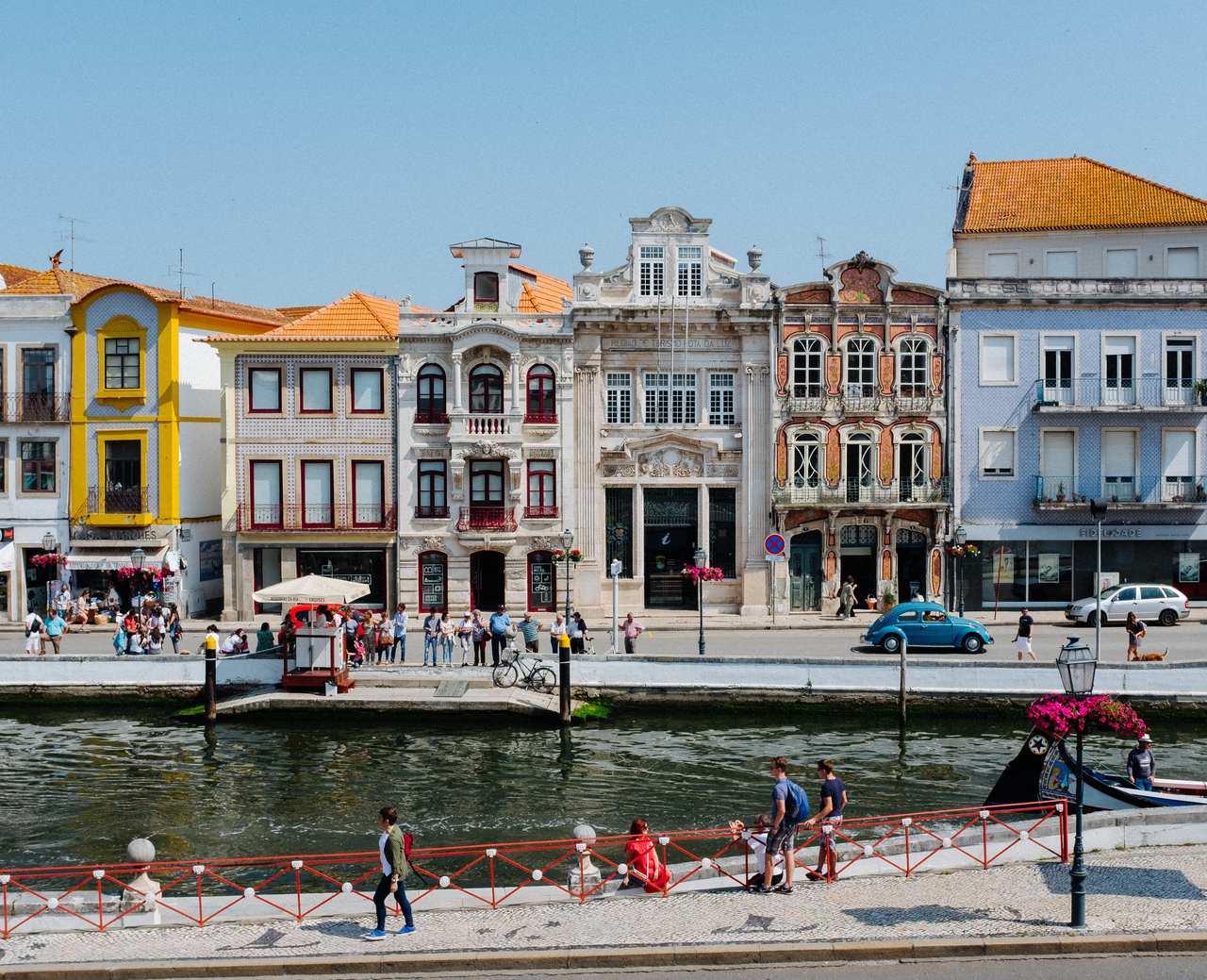 Portugal’s cosmopolitan essence and the historic charm of the Centro region collide in Aveiro, a coastline destination famed for art nouveau buildings, fishing traditions, and navigable waterways—with an uncanny resemblance to Venice. There are canals and coastline that popularise postcard imagery of the city, but beyond the popular attractions is the Silver Coast dotted by Barra and Costa Nova’s seemingly endless beaches. Further afar, there are marshland routes perfect for cycling, which, in true Aveiro-style, is the best way to get around town.

With so much to see and do, here’s our guide of the best and must to help you capture everything from Portugal’s Italian heartland.

Climb up the tallest lighthouse in Portugal 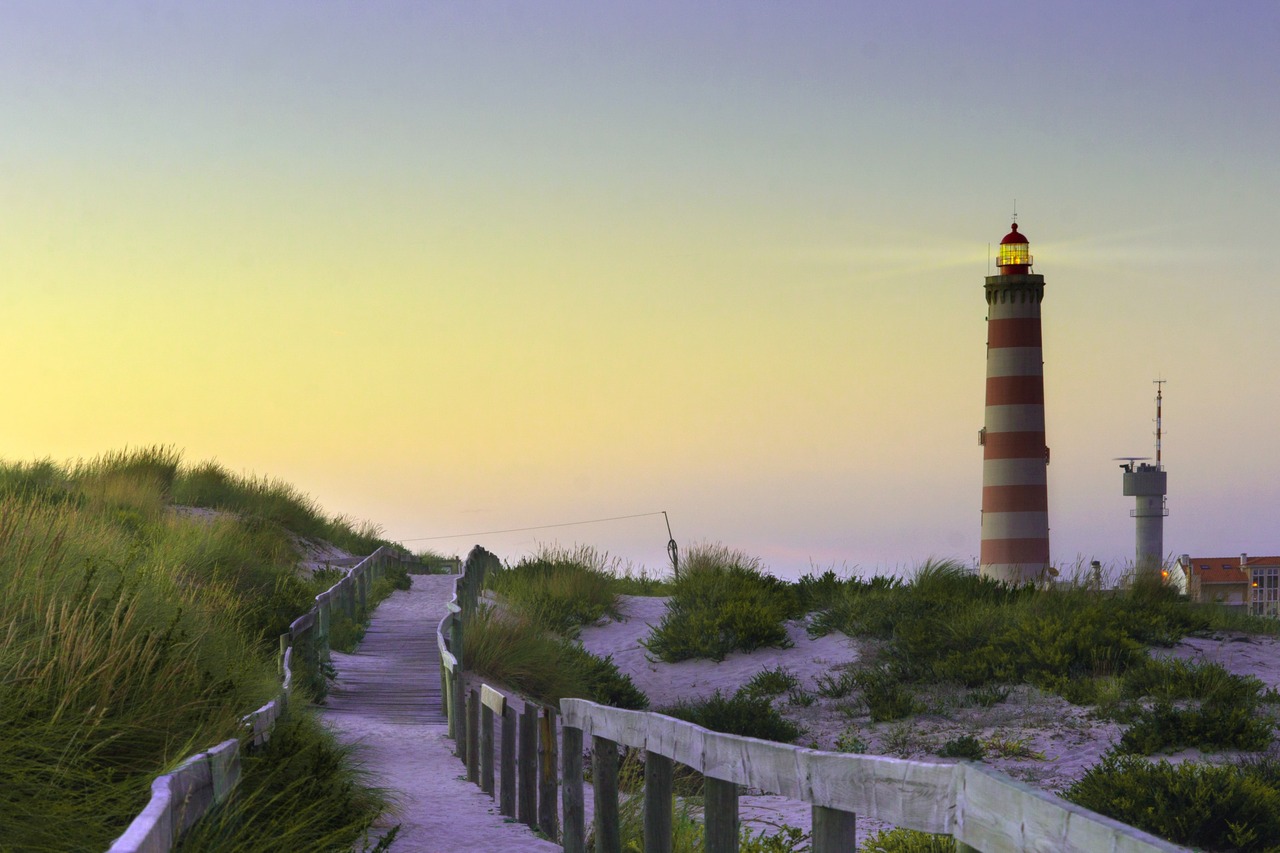 Aveiro’s coastal landscape is a pristine example of a balance between nature and evolution. While the waters that dominate the geography remain preserved as beaches, several landmarks dotting the strip reflect how communities have evolved over the years in this district.

When in Praia da Barra which is home to the popular Barra Beach, the 19th century Aveiro lighthouse is the first to catch your eye. The structure rises more than 60 meters above sea level with a height of 203 feet—making it the tallest lighthouse in Portugal. Visitors can make their way to the top on Wednesdays by climbing a spiral staircase with 271 stone steps for a bird’s eye view.

Whether you are planning a self-guided tour of the city or making your way through the historic spaces with a small group, the Aveiro Museum—located in the old Jesus Convent that speaks volumes about the local culture through art and textile—is a recommended place to start.

This establishment is housed in a former Dominican convent (Convent of Jesus) which was turned into a museum when the building closed in 1911. Its divine association with Joan of Portugal, daughter of King Afonso V who became a part of the Dominican Convent in 1475 after turning down several proposals of marriage is and today in Portugal is remembered as Princess Saint Joan. The preservation of Saint Joana’s tomb and art memorabilia, today, serves as an opportunity to learn about Aveiro through the lens of religion and history. 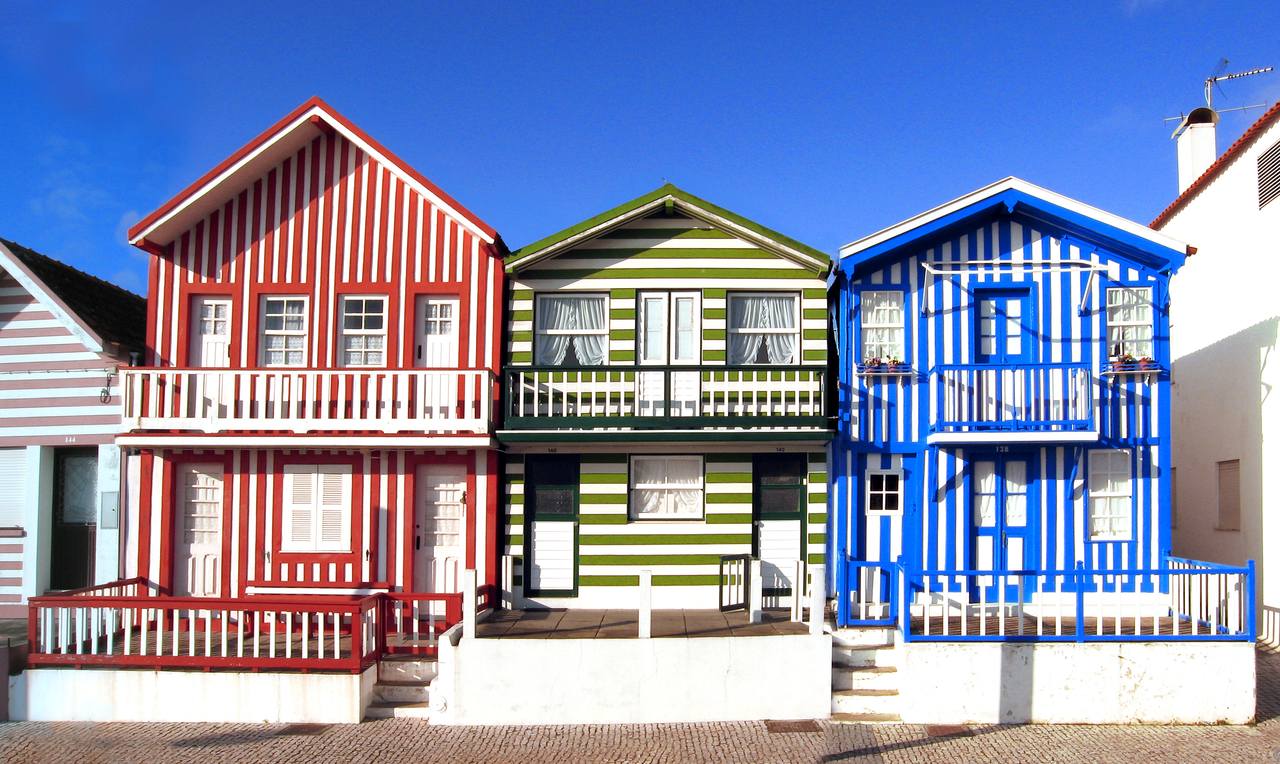 A town straight out of an illustrator’s imagination, Barra and Costa Nova feature walking lanes with colourful striped houses that you can’t walk by without photographing their unique architecture. While most visitors make haste to Costa Nova and Barra for the beaches, these Palheiros and their candy-striped aesthetic are often what makes them stay after a swim. These huts of fishermen originally would store trade tools but with the rise of tourism, more owners gave in to the rising demand and started renting them out.

Unwind at a natural salt spa

Plunge into Averio’s glistening salt flats with Cale do Oiro Spa Salínico—a naturalistic concept that embraces rejuvenation through saline and mud baths. This seasonal experience in open from July to October and you can pair your trip with a guided tour of the pans or a brunch showcasing savoury cuisines that feature the local salt.

An architectural design that came all the way from Brazil, Arte Nova or Art Nouveau buildings can be traced back to the 20th century. Aveiro emigrants upon returning from Latin America would boast about their social status and wealth by bringing in the international design style to their home. The ornamental expression soon became a part of the visual fabric, blending in with traditional Portuguese construction through the use of tile panales and motifs. Just outside the main canal, the Art Nouveau Museum is home to this beautiful lineage devoted to documenting this prominent revolution.

Besides paying an ode to Aveiro’s ocean connection, this Portuguese delicacy is native confectionery is first in the country to receive Protected Geographical Indication by the European Union. This convent dessert is a typical pastry made from egg yorks, and sugar, encased in a vibrant white case of crisp sweetness—the shape reflecting fish, clams, or shells to signify various elements of Aveiro. While the recipe has since been adopted by several European regions, tasting them fresh from wooden pots in their homeland is an incomparable experience.

Take a ride on the iconic Molicerio boats 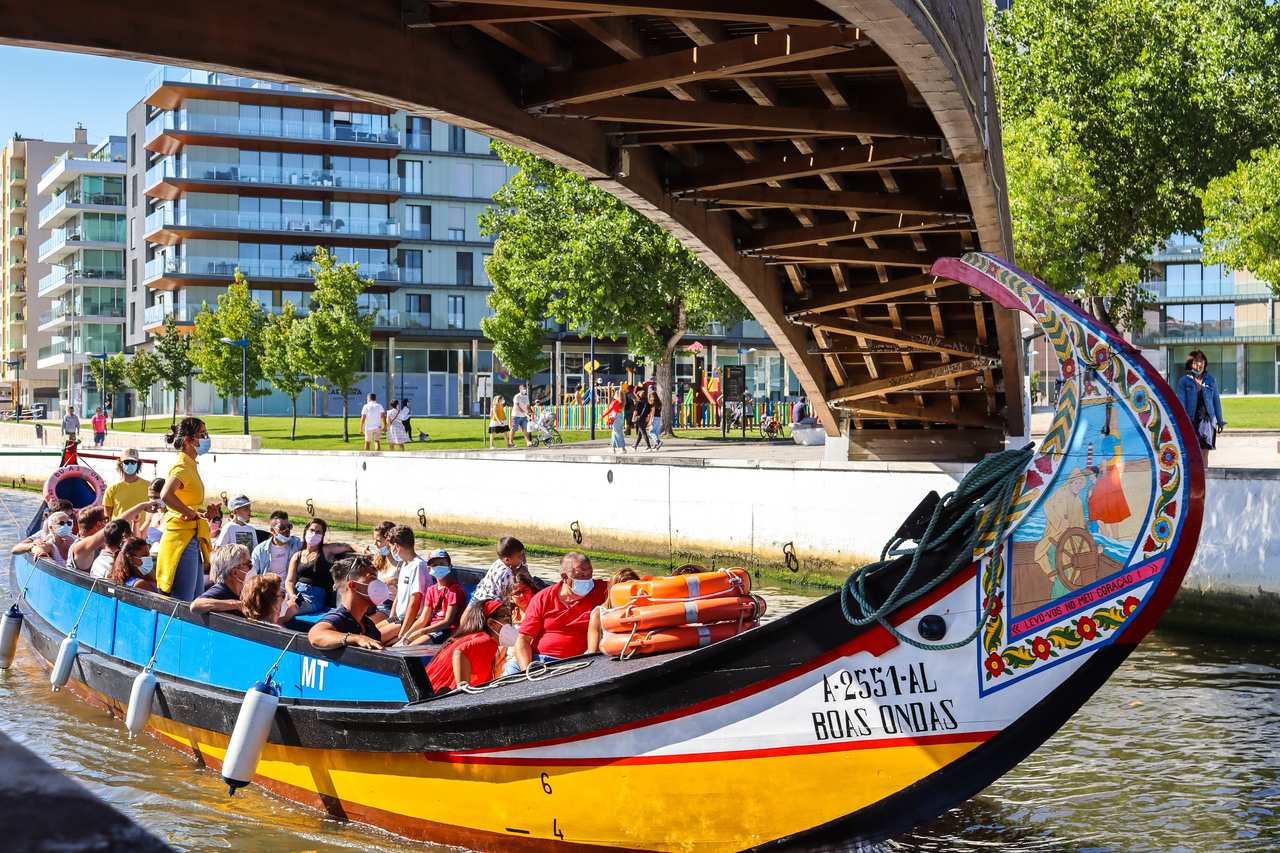 Molicerio boat passing through a canal in Aveiro.

As in Venice itself, Molicerio boats in Aveiro is one of the most popular activities visitors choose to enjoy for catching a glimpse of all that this destination offers. Choose between a short tour along the canals to get a feel of the city or float through the Ria de Aveiro soaking in the chatter from waterside restaurants, marvel the Art Nouveau architecture and enjoy sloshy tastings of port wine under the Portuguese sun.

Aveiro’s salines play a significant role in the city’s economy, and today, the salt beds are a part of free walking route where you can learn more about this industry. Take a tour of the salina complex to understand the impact of this art on the local culture, pinch in a taste of fleur de sel, a mineral-rich salt with high market value, and how solar salines are helping production grow in the area. 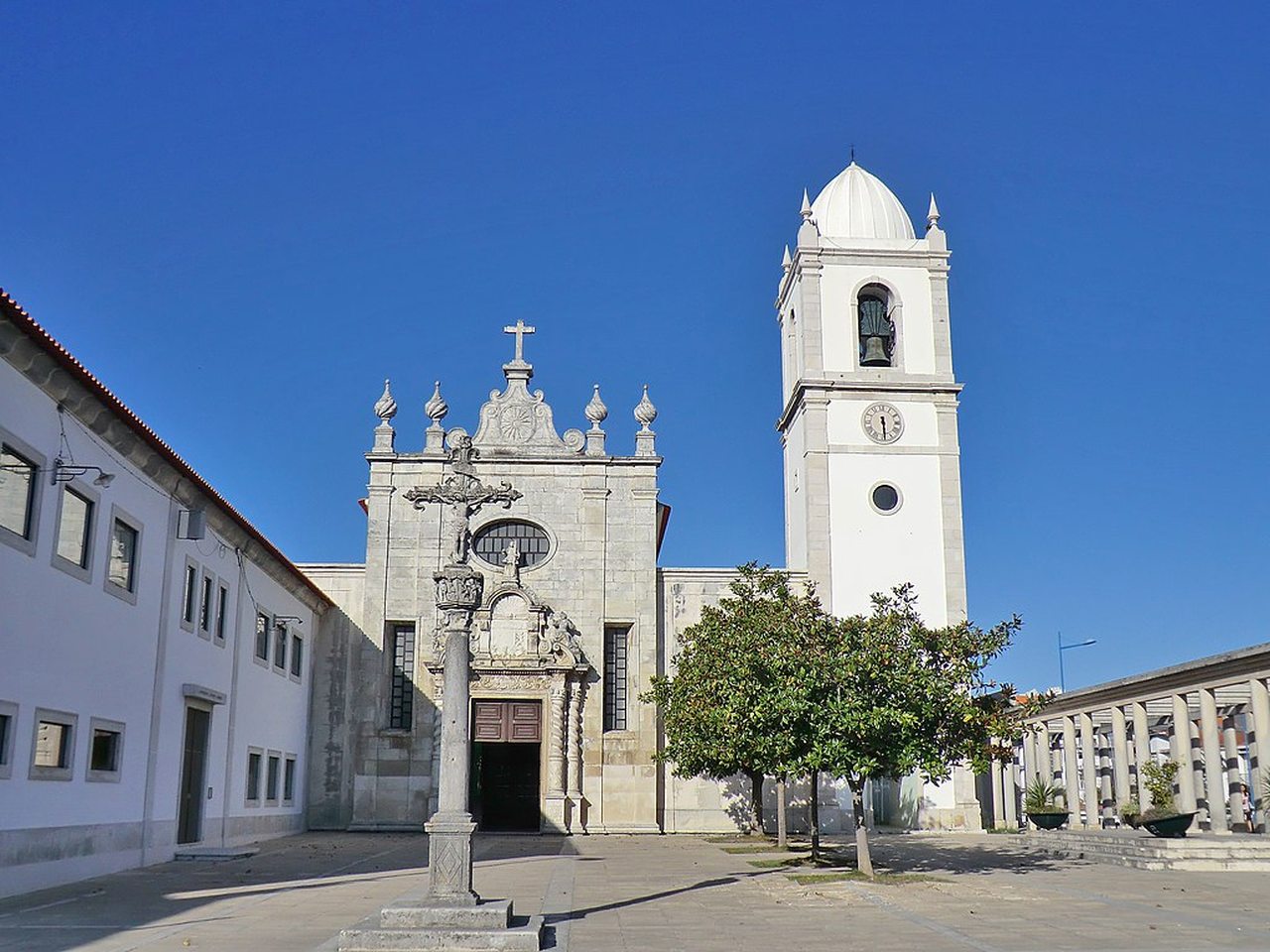 Sé de Aveiro, better known as the Cathedral of Aveiro, is an important landmark located in the heart of the city. The prime significance of this structure is associated with the fact that it was the first religious community that found its roots in the city. The striking white limestone draws you into different periods of Portuguese history, allowing the traditional azulejos tile work to showcase its intricate design.

Also known as the Aveiro lagoon, this artisanal fishing mainland is perched on the Atlantic coast of Portugal. This 45 kilometres long marshland thrives on aquaculture and tourism—given that this geographic gem is one of Europe’s last untouched coastal lagoons. The most recommended and sustainable way to explore this patch of land is by cycling the Great Route of Aveiro Lagoon. There are three routes that take you across this unique ecosystem, taking you beyond the cityscapes.

Australia has now opened its borders to travellers – What you need to know.