Travel guide to Monaco – more than just the Grand Prix 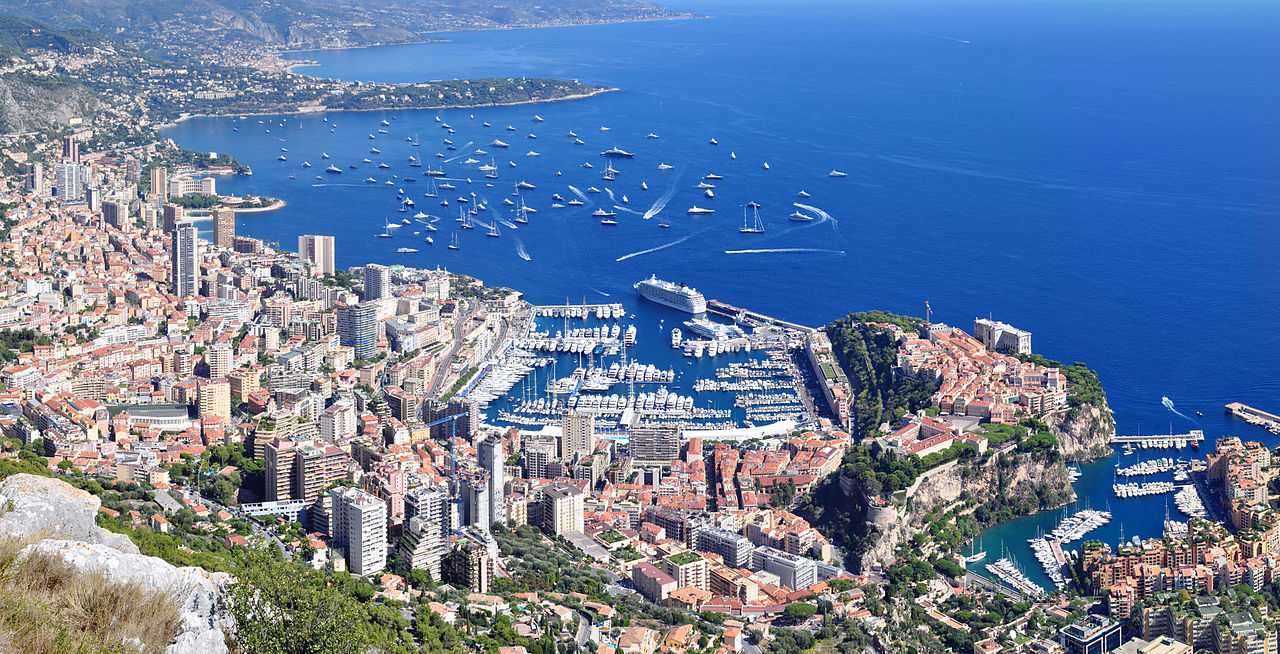 Monaco may just be a sliver of 2 km², yet it is crammed with millionaires, showy glamour, 300 days of sunshine every year and a notorious heritage of gambling.

It also has awesome architecture, an improbable number of spotlessly-lush parks and one of the smallest royals-to-commoners ratios in the world. You’d be forgiven for thinking Monaco is something dreamt up as a vehicle for a Grace Kelly film – the actress, incidentally, married Prince Rainier in 1956, bringing a Hollywood glow with her.

The best way to see this most elegant strip of the Côte d’Azur is on foot. Its mix of bustling streets, quiet lanes and floral parks separating its two great landmarks: the Prince’s Palace and the Casino at Monte Carlo are easy to reach. The latter, incidentally, built in a gorgeous rococo style with onion domes and marble columns, was the brainchild of Princess Caroline to attract tourists – citizens are not allowed to enter and gamble there. 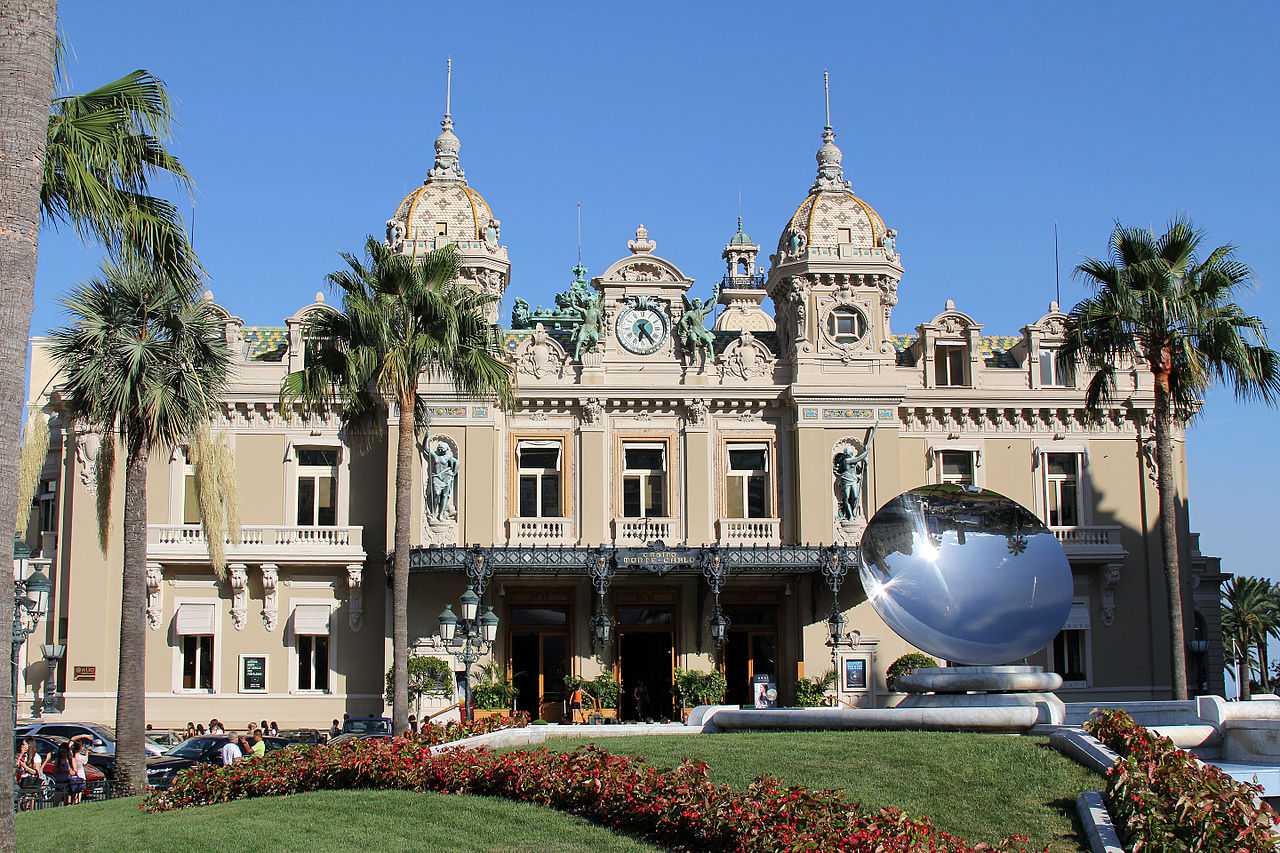 The locals seem to spend their time riding around in open-top Bentleys and strolling around casually. It’s not good to work up a sweat in chinos and Ralph Lauren.

This is not a place to be under-dressed, unless you want to seriously stand out. Being an extra here means making an extra effort if you want any chance of blending in.

The only concession worth making is shoes; ones that’ll help you get up and down hills. Of which there are a lot.

A leisurely afternoon can take you from the Palace at what is the gateway to the principality, to the Casino in Monte Carlo, the ritzier and most famous of its seven districts, just across the spectacular drop to the harbour. And it’s a similarly manageable stroll to get down to those yachts below.

While the place may be ridiculously pompous (its 35,000 population even have a local dialect and national holiday), it is a safe place to be a tourist. Plain-clothed police patrol the tourist spots and they’re big on CCTV – cameras are everywhere.

So, a starting point. It’s a steep slog from the centre of town up to the Palace, but you’ve stunning views with every step before you reach the square on which is played another sign of pomp: the midday changing of the guard. 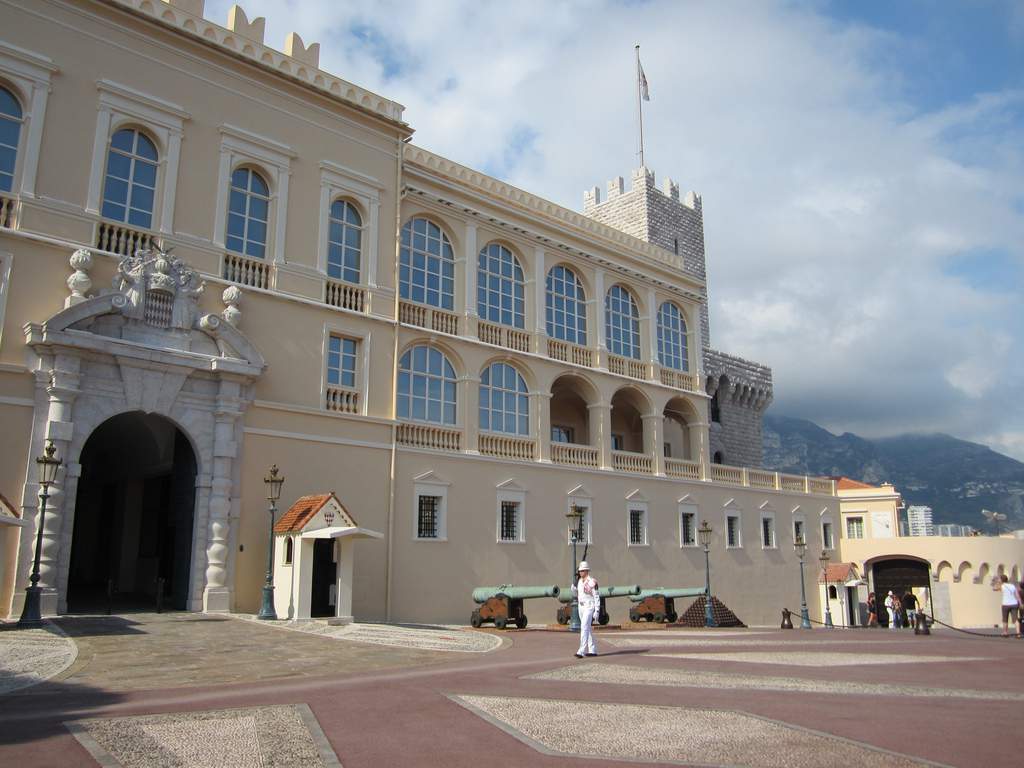 And if you’re one of those that don’t do palaces, take a tip and do this one. You get to see the Throne Room, the Palatine Chapel and, most importantly, the private apartments; all aided by audio guides in English which help you get a taste of the Grimaldi lifestyle as you soak up the Renaissance architecture of the courtyard.

Insider’s tip: For just €19 (€11 student), you can purchase a ticket for both the Palais and the surprsingly excellent Monaco Oceanarium. This will save adults €3 off the total price.

The Nouveau Musée National de Monaco is spread over two buildings: Villa Paloma and Villa Sauber. The latter displays the original architectural plans for the Casino, the Opera and the hotels, and their eventual expansion by Henri Schmidt.

Alongside are the spectacular St Martin Gardens and the cathedral which houses the tombs of Prince Rainier and Princess Grace. But it’s the old-town feel of Monaco-Ville, with its narrow streets and leafy squares, that gives you the sense that you are somewhere special. It’s worth stopping for lunch in one of the open-air cafes – and visiting the chocolate shop. It helps if you speak just a little French.

This is the area known as the Rock, the prominent headland from where the place is both ruled and governed. It’s also the place to get lost and be a tourist. If you want to see and be seen, then it’s time for that stroll downhill. 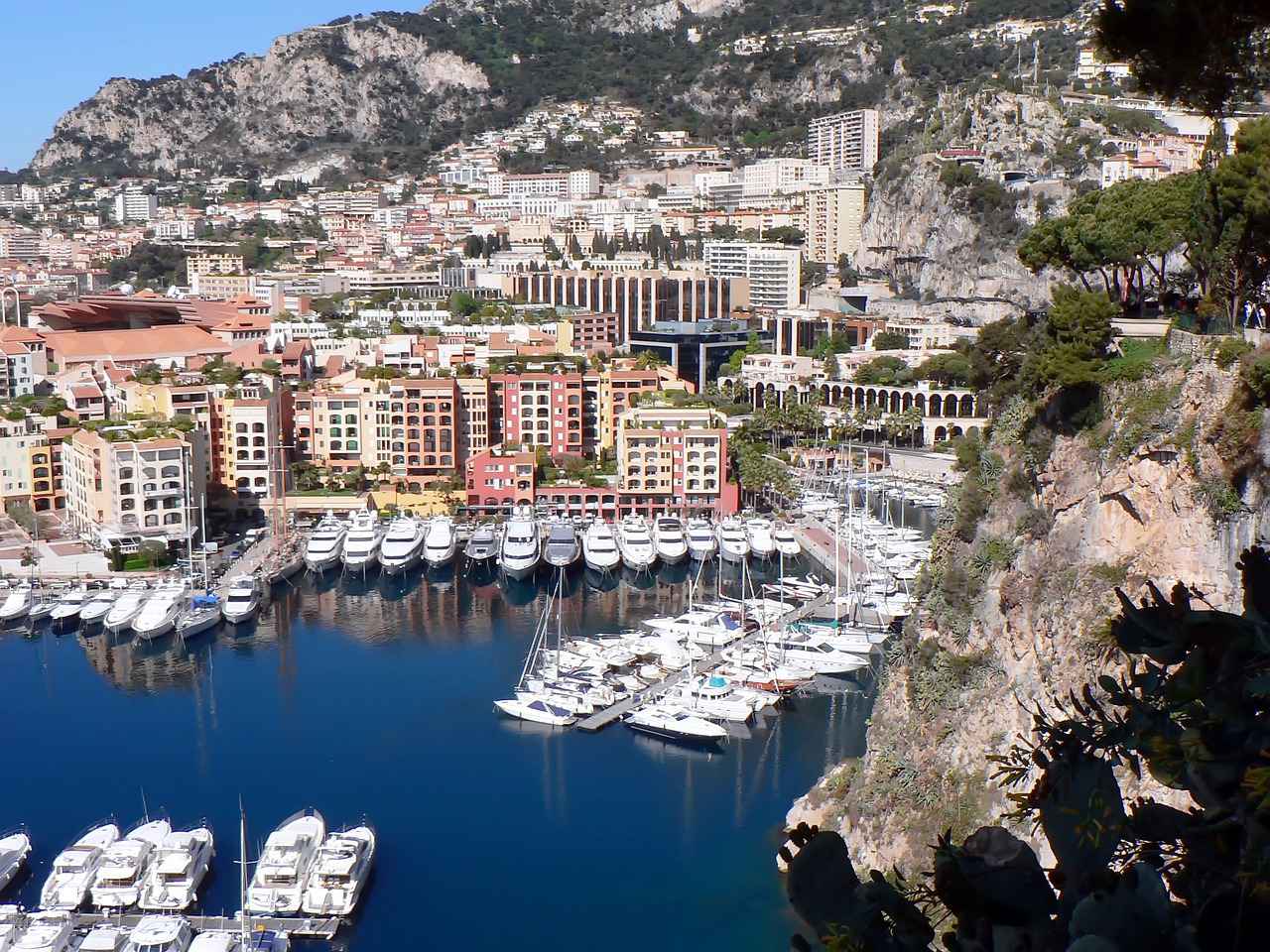 It’s worth taking a detour along the winding and undulating alleyways that sit behind the main roads of La Condamine if you want a sense of how ordinary Monegasques live. You’ll pass front doors and occasionally reach a dead-end. But no one will mind you finding a short cut.

Just don’t expect decent service from waiters who make it clear they’ve enjoyed better clientele before harrying you out of your seat as soon as they spot an empty cup or a clean plate. The cafe does have its own free gambling area, ideal for low-rollers who prefer slot machines to roulette tables. But that cheapens the experience.

From any of the vantage points, Monaco appears a thriving hub of high rises, but there’s a lot of greenery set in among all that concrete. And it’s pleasingly green, thanks to all the trees and shrubbery that line the pavements. 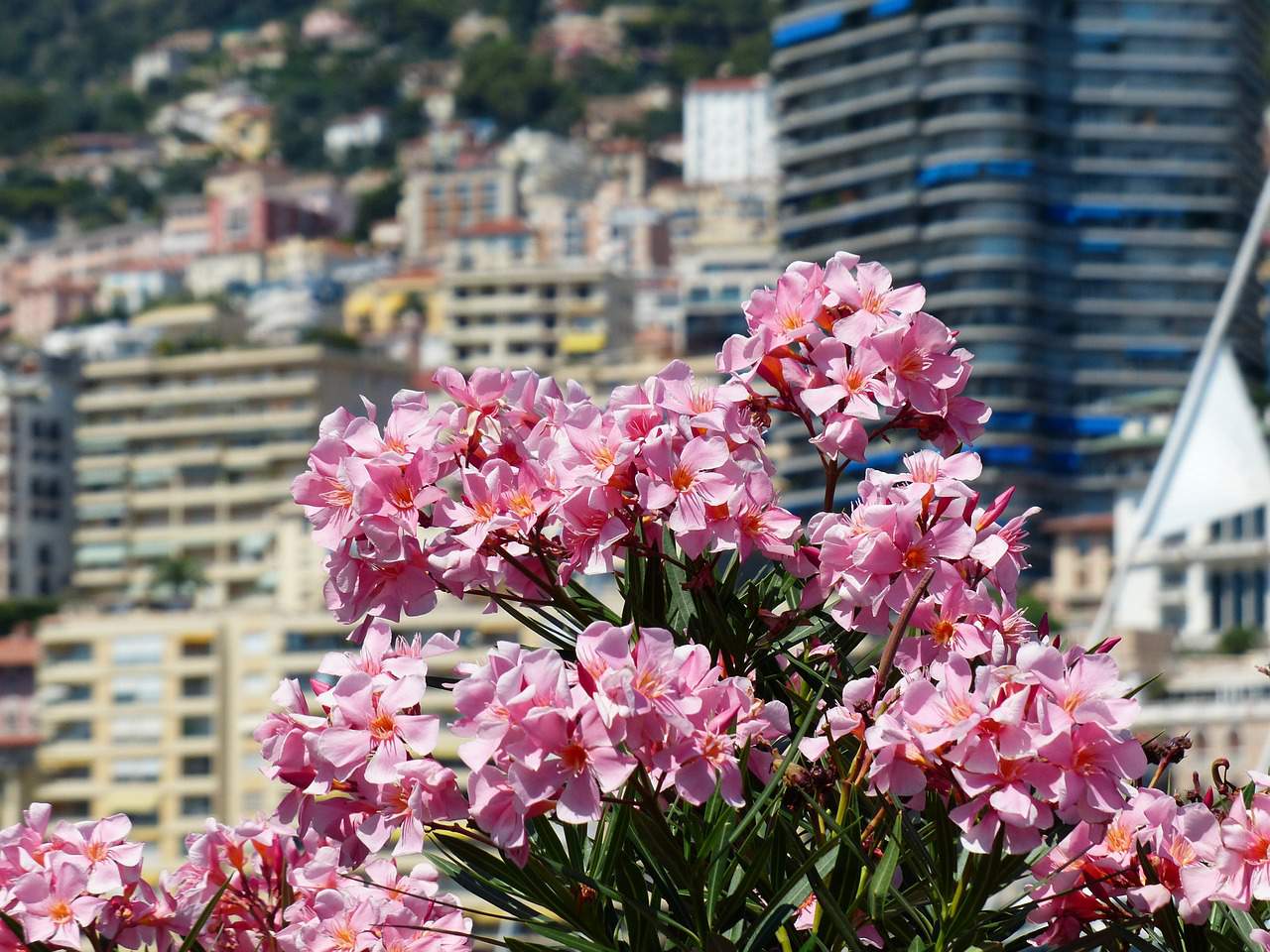 But for the best of it, head for the Jardin Exotique. Be aware, you will need those walking shoes here. It’s steep, built into the side of the rock, and distinctly South American with its array of cacti, which contrast well with the white statues, the red terracotta roof lines below and the sea beyond. There’s even a cave full of stalactites to enjoy, with an equally ridiculous number of steps.

Monaco is a place to saunter and enjoy a surprising amount of peace and quiet away from the bustle. You’ll even come across lifts here and there to help you onto different street levels.

And it’s worth doing it at night, grabbing a vantage point from the harbour and looking up as the hillside seems to come alive, or taking a taxi into the mountains and pausing at a viewing lay-by.

But if that sounds like too much hard work, there’s an excellent open-topped hop-on, hop-off bus service that trundles around in a continual loop – a single ticket (price €21) will last you two days.

Some interesting facts about Monaco: