Sitting cheek by jowell with the Mexican border, in sight of the Laguna mountain range and the Pacific Ocean, this San Diego offers an Hispanic heritage, with a huge dollop of Californian cool and a laid-back vibe of anything goes.

And as it is San Diego’s 250-year anniversary this year there has never been a better time to visit the land where California was born. 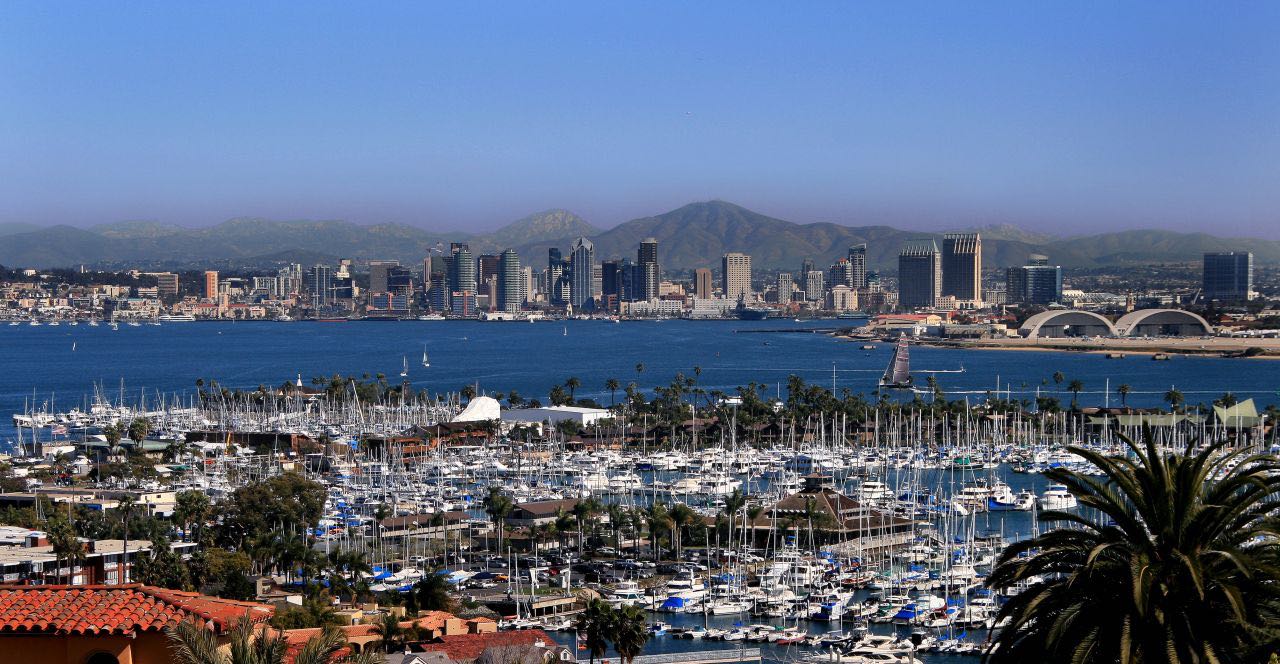 First time tourists to San Diego will find this beach city gloriously yielding in terms of attractions. Within its confines are 100 neighbourhoods, 70 miles of coastline, 33 beaches and 120 craft breweries (wine takes a back seat here).

There’s nightlife, heaps of culture and living history to keep you busy.

This quaint waterfront shopping and dining area located Downtown on West Harbor Drive is probably a great place to start. There are 54 unique shops including a fun magic shop and plenty of eateries. Supping a coffee while looking at passing yachts and ships on picturesque San Diego Bay is a brilliant way to ease into the day. Also you can pick up The Old Town Trolley Tour, a hop on, hop off bus that passes everything you would want to see in the city including all those listed below. 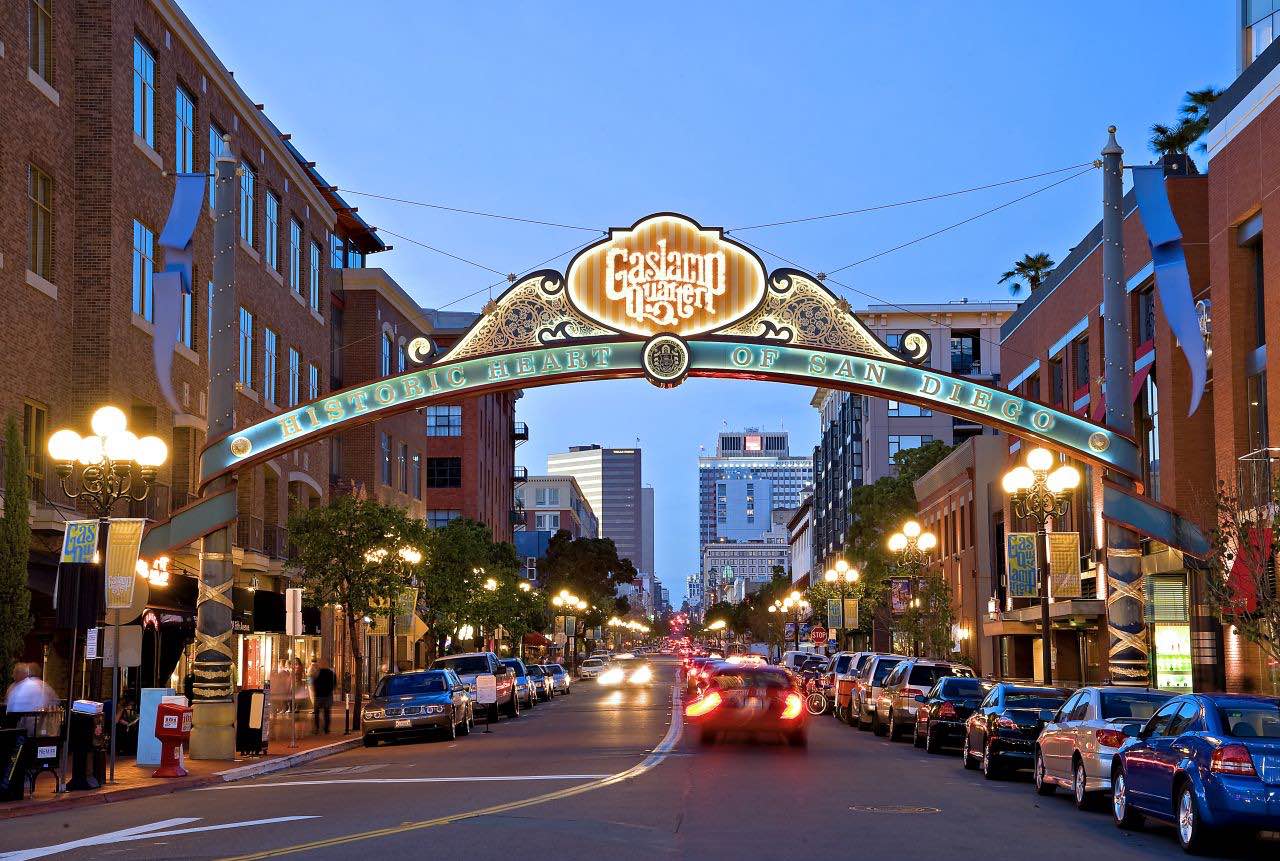 Don’t worry, the area is not as seedy as the name suggests; it is called so because of the Victorian styled lamposts that light up the streets after sundown. The 16-square blocks in the Downtown district feature Victorian buildings alongside skyscrapers which together, offer an interesting visual. And amid them are boutiques that line the streets, and a mall – the multi-level Westfield Horton Plaza – designed as an outdoor shopping centre.

Of course there’s plenty of restaurants. Cafe 21 on Fifth Avenue is a sure thing, with wholesome food, including gluten free options, served throughout the day. At night there’s live music with some acrobatics thrown in. Some of their cocktails double as meals sometimes served with vegetables and even prawns. Far less wholesome is the raunchy Coyote Ugly Saloon (named after the film) next door where women are invited to strut their stuff on the bar alongside scantily clad dancers. 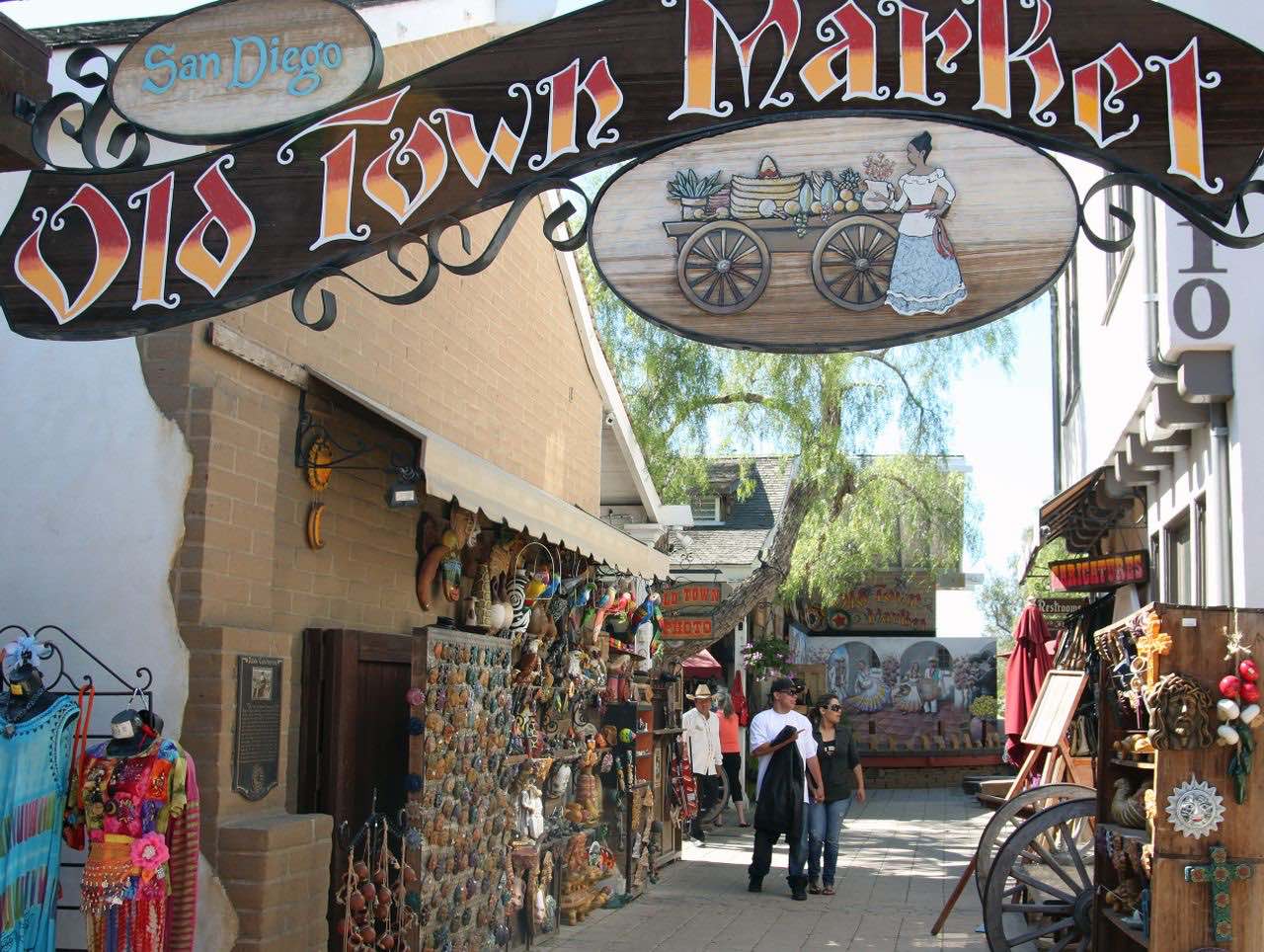 The Old Town is pretty much the birthplace of California and was where the first Spanish settlement was created. The 19th century history of San Diego is brought to life in the Old Town’s shops, restaurants and historic sites – in effect it is a tourist trap. But it’s still worth visiting. It’s fun to look at the Indian jewellery, especially in the Covered Wagon – Pala and Kumeyaay Indians were the pre-Spanish native population. Browse the 40 speciality shops and the adobe properties that house them. Just a short walk down San Diego Avenue is the Whaley House, known as the most haunted house in America. They say even the ghost of the family dog has been seen.

If you like Mexican food, there are several Mexican restaurants. Cafe Coyote has a great location and fun atmosphere both indoors and on the heated alfresco terrace where you can watch the tortillas being made. There are others such as Casa Guadalajara where the most joy is in the atmosphere rather than the food. 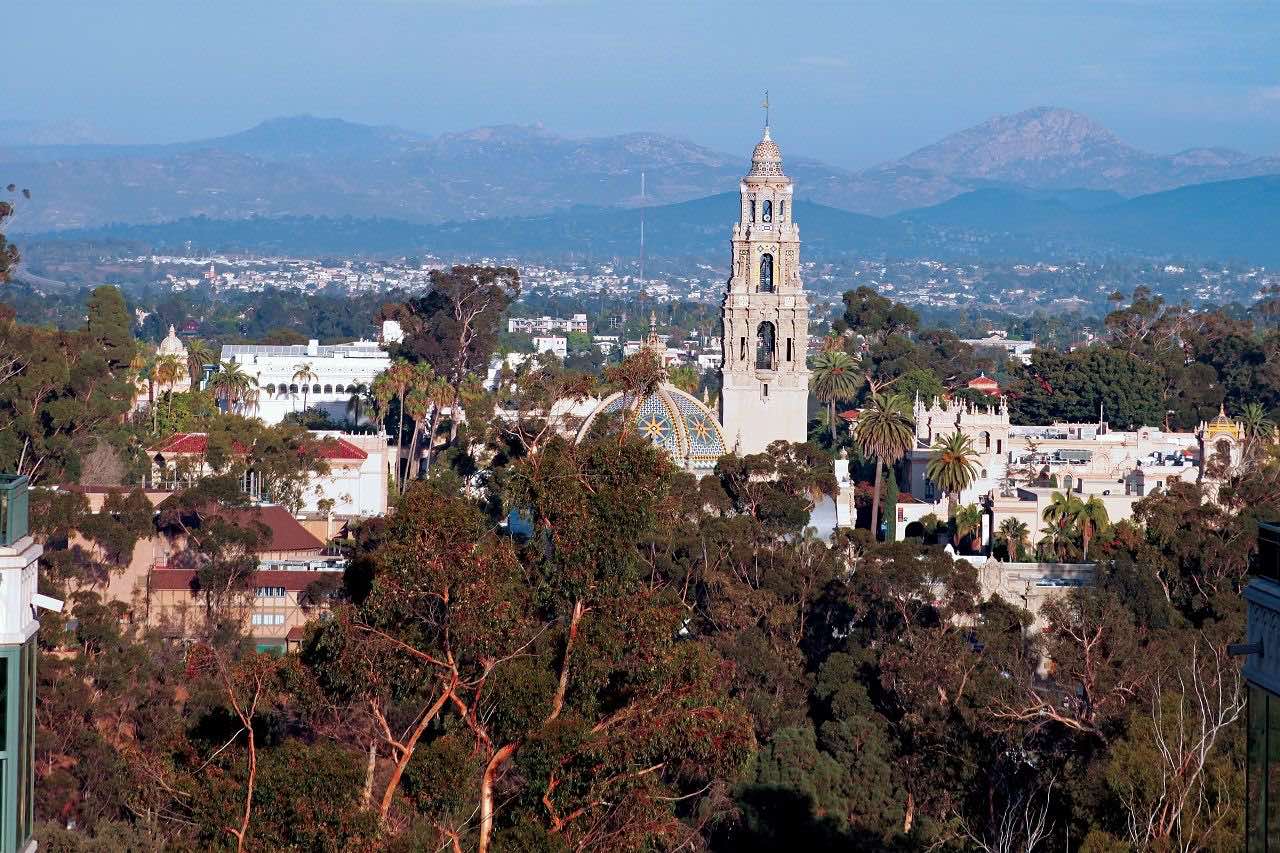 Considered the cultural heart of San Diego you will find Balboa Park just north of downtown. It is the world’s largest urban cultural park and inside its 1,200 acres there’s an incredible 17 museums, 8 gardens – including a gorgeous Japanese garden that has a Zen space for meditation – and sensational Spanish Renaissance architecture. And within the Balboa park is the amazing San Diego Zoo. 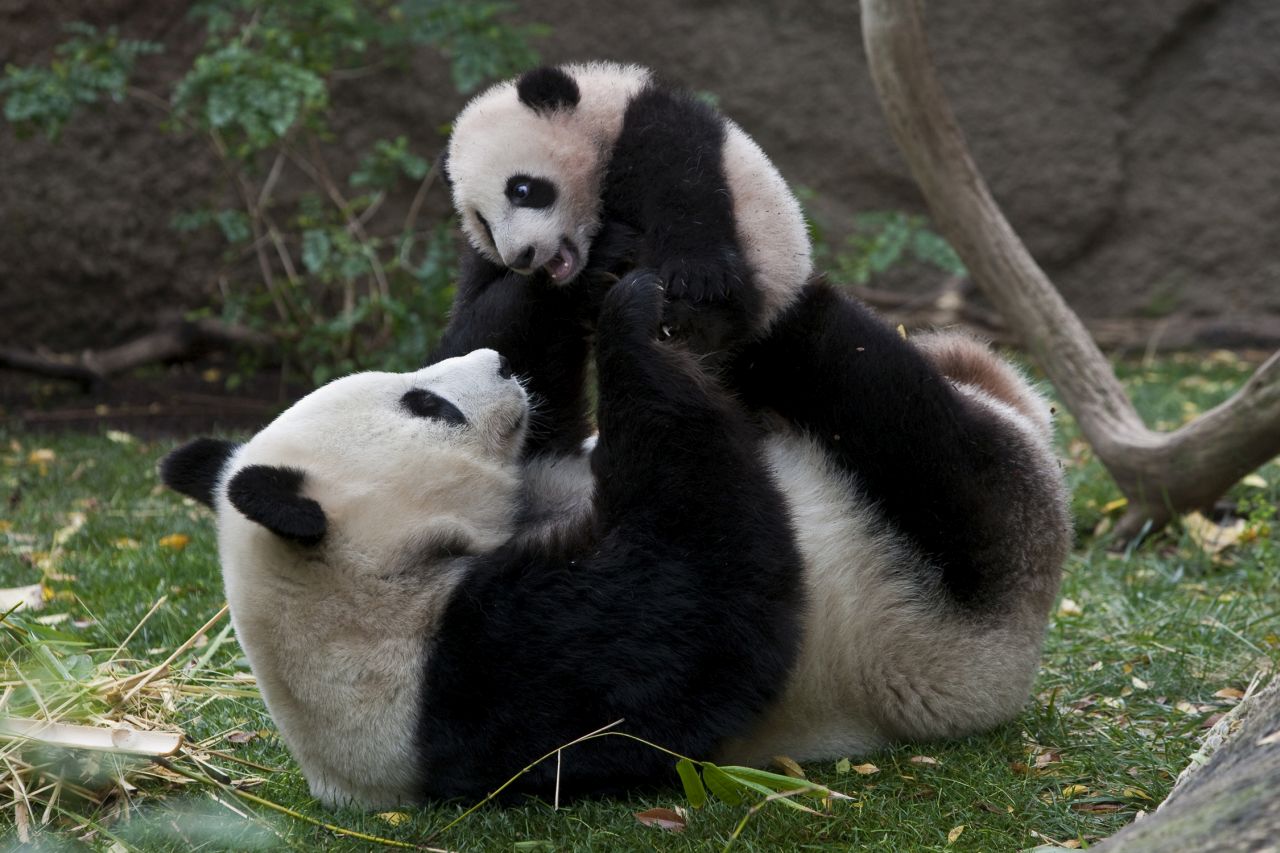 The Panda is endangered. The Zoo is home to five giant pandas. Courtesy of San Diego Zoo

It’s not often a zoo enters a top-10 feature, but this one really is a must-see. It sprawls over 100-acres (40-hectares) and looks after 3,500 rare and endangered animals representing more than 650 species and subspecies. There is a prominent botanical collection with more than 700,000 exotic plants.

Their “Inside Look Tour” is two hours of edutainment that offers a behind the scene look at what really happens when no-one is looking. Elephants, reptiles, giraffes, koalas are among the animals you will get to see. And you won’t want to miss the gorgeous pandas. Allow plenty of time, but get there early as it closes at 5pm.

Visiting the Coronado island is a relaxing day out and getting there from Downtown is a quick traverse across a bridge. Some people get the jitters crossing the bridge because it is alarmingly high, deliberately so to allow military ships to pass beneath it.

Once on the other side, you’ll find pretty ice cream shops and boutiques, and the lovely vision of a rust red roof and turrets and white walls of the Victorian style Hotel Del Coronado. The iconic hotel has hosted royalty and celebrities and is where Marilyn Monroe and Tony Curtis filmed Some Like It Hot and where Wallis Simpson once lived. Perhaps more compelling for some, is the broad, fine white sand beaches. 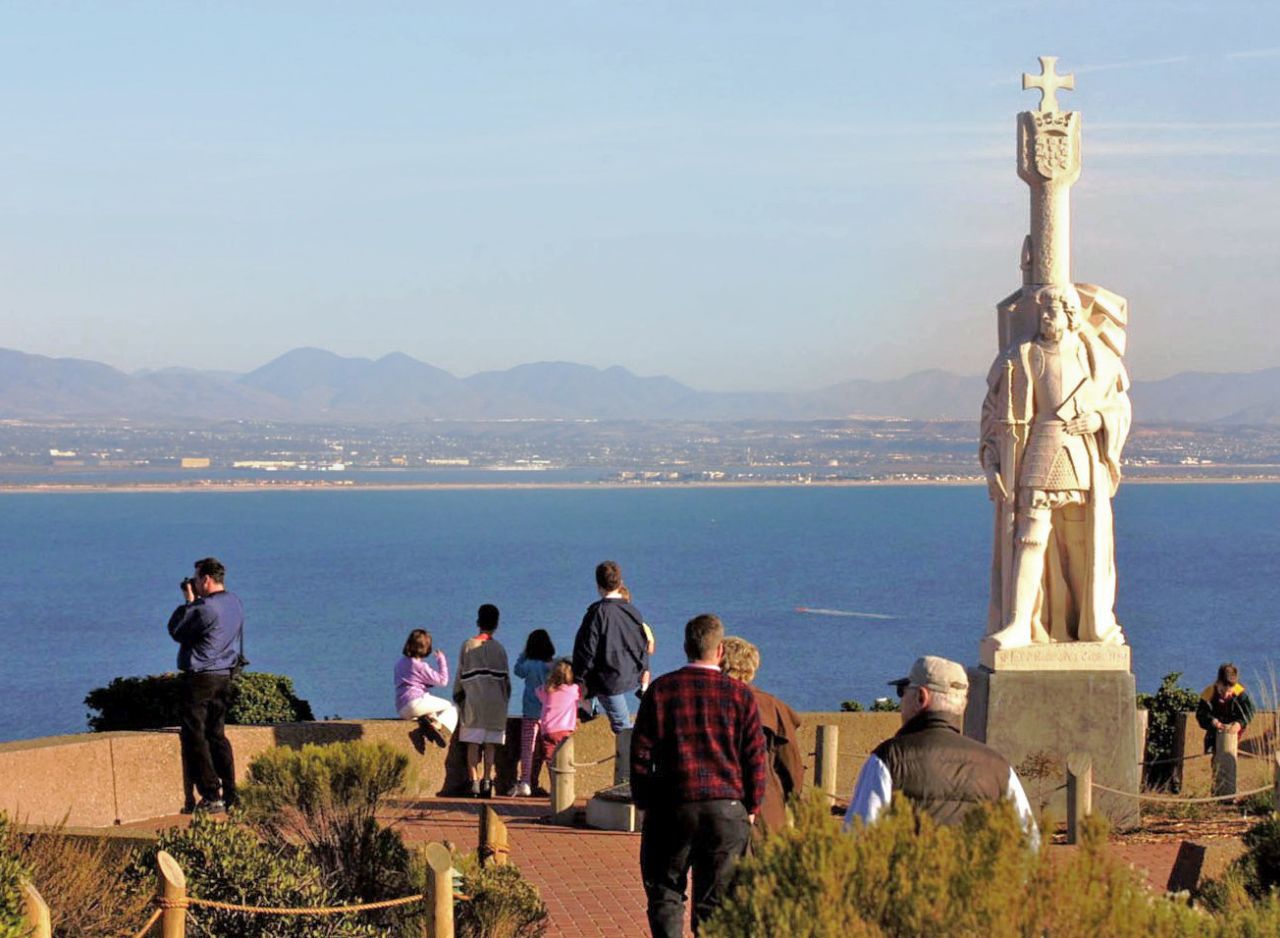 This is where Juan Rodriguez Cabrillo’s 16th century historic landing took place – a pivotal moment for California. Cabrillo was charged with exploring the West Coast of North America on behalf of the Spanish Empire. And this is where a handsome and towering statue of him stands proud looking over the bay he sailed into in September 28, 1542. The views from here are gorgeous especially as sun sets.

Nearby is the Pont Loma lighthouse which is open to visitors. You’ll see how the keeper and his wife lived and be able to climb the spiral staircase. However it only served as a lighthouse for 36 years because the low clouds that descended upon that area made it hard to see. 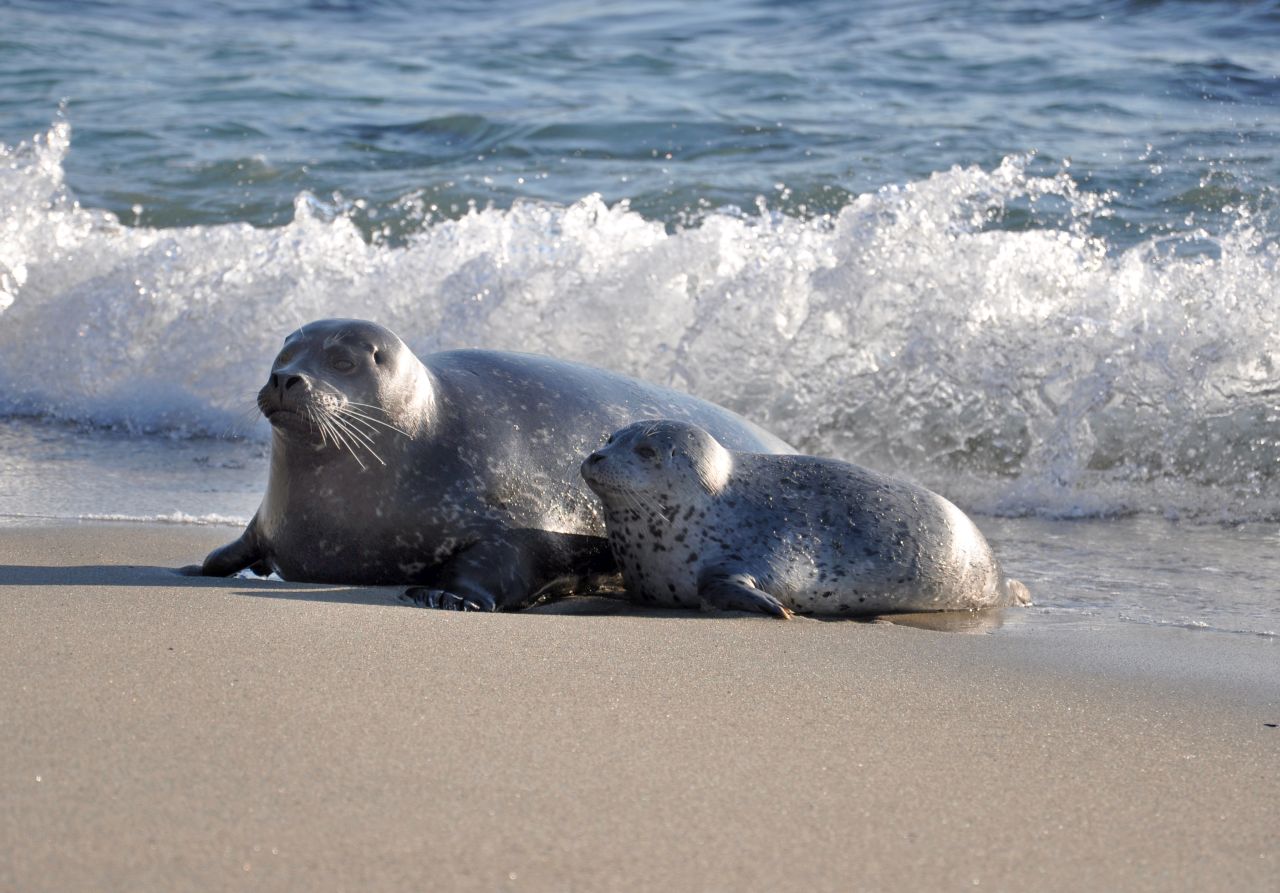 The city has some great beaches, and the one at the foot of the hilly La Jolla area comes with a trendy buzz and some pretty spectacular scenery. And the opportunity to see the native seals. You’ll find it in the beachfront restaurants, the El Pescador Fish Market or in the many art galleries along Prospect Street and even in the Museum of Contemporary Art.

There are plenty of restaurants in Little Italy for any gastronome but now this burgeoning neighbourhood has become acclaimed for being home to the Top Chef Row on Kettner Street. Five of the city’s celebrity chefs have opened restaurants so check out Herb & Wood for its wood-roasted eats, The Crack Shack for its chicken dishes, Juniper and Ivy which services “refined American food with Left Coast edge”, Bracero for its modern Mexican cuisine and Pacific Standard for its seafood. 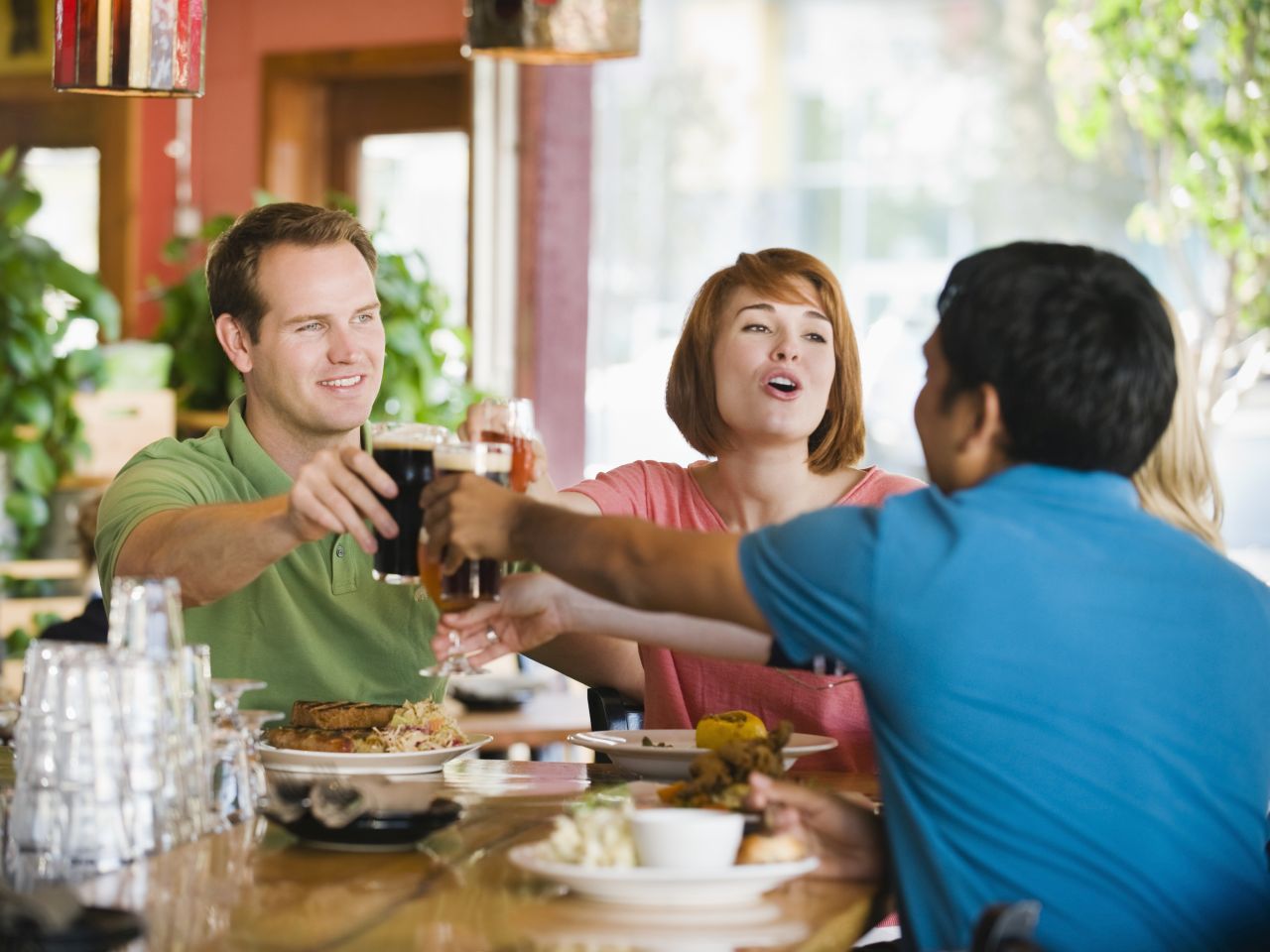 It’s all about the brew in San Diego and there are around 120 breweries serving hoppy West Coast-style IPAs. So, hop over to Ballast Point and try their Havanero Sculpin – careful though as the Habanero chillies crank up the heat. Or for something salty yet fruity you could head to Point Loma to visit Modern Times to taste their citrus flavoured Fortunate Island and Black House, a coffee roasted stout.

The Stone Brewing World Bistro and Gardens is a fun environment to enjoy a pint. They serve rustic food in their gardens, offers brewery tours, movie nights and of course the beers – its signature beer being Arrogant Bastard Ale.

WHERE TO EAT AND DRINK

Cafe Coyote One of San Diego’s landmark restaurants situated in the heart of Old Town and offers some of the most traditional and delicious Mexican fare in the city. Diners can feast on everything from fajitas and tacos to burritos and enchiladas, and there’s an extensive tequila and mezcal menu. Super-fans can also purchase Café Coyote merchandise from the store, including mugs, tote bags and Frisbees.

Harney Sushi serves creative Japanese cuisine, such as spicy crab rolls and yellowtail sashimi, all washed down with a refreshing cocktail. Every Thursday night there’s live music, taking place just before happy hour, making it a great spot for a fun night out. The restaurant is also proud to source all of its fish and meat sustainably.

Gordon Biersch: A restaurant and brewery, Gordon Biersch, combines American and German flavours and techniques to create flavoursome dishes and refreshing beers. The hearty food menu includes pasta, burgers, pizza and schnitzel, whilst the beer menu ranges from fruity and spicy to hoppy and malty.

BEST TIME TO GO: March to November is peak season but get ther September-October or January-February and hotel rates are at their lowest. Temperatures may get chilly, but not too cold to check out the city.

GETTING THERE: San Diego International airport is just a 10-minute ride to downtown. A cab costs around $18, or hop on the San Diego Metropolitan Transit System’s Airport flyer (Route 992) for $2.25 – kids go free.

If you are planning a road trip, there are plenty of rental options available. Some can be expensive, so it’s a good idea to shop around and make sure you have booked with a trusted company. Miles Car Rental offers reasonable rates, with cars available to rent from San Diego International airport.

If you are based in Los Angeles, catch the train for a lovely 40 minute coastal ride into downtown.

Ferry to Coronado: This 15-minute ferry sets sail from Broadway Pier and behind the Convention Center. Fares are $4.25 each way.

The Old Town Trolley Tour: This is a great way to get oriented, hopping on and off at city sights. Adult one-day tickets $39 (£31).

You may also like to read our review of Hotel Sofia, San Diego