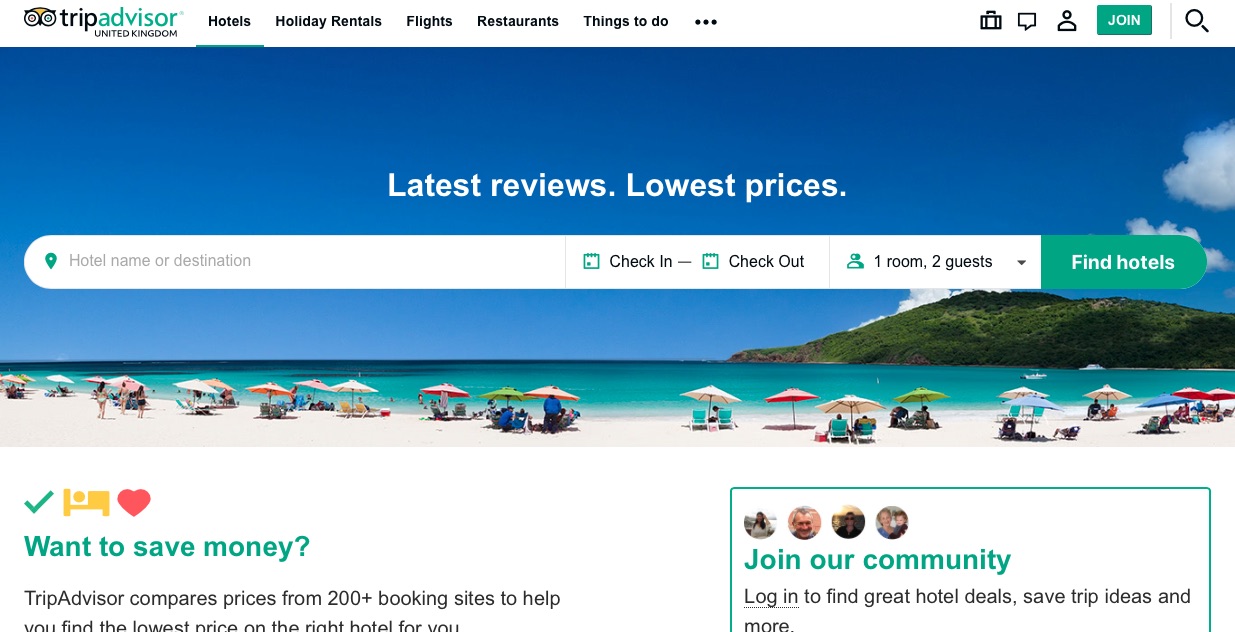 There’s an old saying that if a customer is happy with the service they’ve received, they’ll tell a few people but if they’re unhappy, they’ll tell as many as possible. Before the age of WiFi and smartphones, this was largely done by word of mouth.

Today, however, feedback about travel and tourism venues — such as hotels and B&Bs — can be shared instantly on travel review sites such as TripAdvisor. Don’t like a particular hotel? Want to pay that annoying hotelier back for allocating that poky, north-facing bedroom you didn’t like? The bad points can be openly discussed world-wide.

TripAdvisor, the world’s largest website of its kind, contains more than 150 million reviews and is used by more than a quarter of a billion people monthly. Every minute, 90 new reviews are posted. Over half (53%) of the users say they will not book a hotel unless it has already been reviewed on the website*.

With this in mind, do amateur reviewers wield too much power over hoteliers? Can reviews be misleading because of guests nit-picking over trivial matters? And what can establishments do if they frequently suffer from bad reviews?

Take, for example, the case of Hotel Alcazaba de Busquistar situated near Trevelez, the highest village in La Alpujarra region of southern Spain. This establishment lies just below the snow line of the Sierra Nevada mountain range, which experiences very low temperatures in winter. The hotel has constantly been panned on TripAdvisor for being cold and not running its heating system at full blast 24/7. Yet this region has hundreds of similar buildings that are heated only by wood-burning stoves. The hotel does not respond to the flurry of comments on TripAdvisor, choosing to remain silent.

Another establishment in the Sierra Nevada area — the Caballo Blanco Riding Centre — was surprised to read negative online reviews about its toilet facilities. One customer complained bitterly about using an outdoor toilet. The proprietor, Sarah Vesey, says:

When on mountain treks on remote trails, some people expect to find portaloos based all over the Sierra Nevada. They grumble when this expectation cannot be met and, of course, nowadays they can post their comments online for all to see, potentially influencing booking decisions.

A 2011 documentary, Attack of the Trip Advisors, examined how some B&Bs were in decline after being criticised on TripAdvisor by reviewers who bordered on obsessive. One man marked bed sheets with his pen to see how often they were changed and wrote that a bar person had served him tonic instead of lemonade. It was explained that this man had been bullied at school and now enjoyed wielding power over hoteliers.

After the Channel 4 documentary, TripAdvisor pointed out that hoteliers can use the site’s built-in management response features to answer customer comments.

It is essential for hospitality businesses to monitor what is said online and respond, where possible, and to read reviews to see where they can improve. We strongly recommend that they make use of the management response tool. Eighty seven percent of our users* say an appropriate management response to a bad review improves their impression of the hotel.

The general rule of thumb is that the general manager should not respond to complaints. This should be the responsibility of an impartial team member who can see the situation from the customer’s point of view. It’s important to answer good feedback as well as negative comments. If a customer has a complaint acknowledge it, apologise and ask them to contact you directly. Don’t patronise or fob off the reviewer, as this will harm the reputation of the hotel.

John Mason of Heat Collection Ltd, the parent company of the Caliente hospitality brand, takes a different approach to online reviews. He says:

Management responses are opening another can of worms. I have decided not to answer any more online reviews and to address the issues directly on-site. Staff are briefed to ensure customers are dealt with fairly and openly, which leads to positive reviews.

I do think it was better when we had Michelin or AA reviews for hotels and star ratings that were done by professional companies.

In the past, if a customer had a complaint about a product or service, they would tell the proprietor so it could be resolved on the spot. If someone bought a bad meal, they would ask the restaurant to change it. Today, however, it’s easy to say nothing, pick up a laptop or smartphone and air your complaint online instead.

Absolutely, we are more likely to share a negative experience than a positive experience. Having said that, I believe sites such as TripAdvisor give a good feel for the quality of the business. Accuracy can’t always be guaranteed but readers can often judge the legitimacy of the review based on the extent of the complaints. People accept that things occasionally go wrong — it’s more of an issue when reoccurring themes such as poor food, service or cleanliness appear across reviews.

With travel sites rating establishments by what TripAdvisor’s Alistair MacGregor calls “the wisdom of the crowds”, it pays to keep an open mind. While 95% of global respondents* say they find TripAdvisor reviews to be accurate, and 74% of users say they upload reviews because they “feel good about sharing useful information with other travellers”, there’s no accounting for the small percentage who want to ‘grind their axe’ about their glass of lemonade that should have been tonic, and tell it to the world wide web.

*According to a recent PhoCusWright study.

How much (if at all) do you rely on TripAdvisor reviews when booking your hotel/trip? Leave a comment below.

UK’s Air Passenger Duty to be lowered on some flights