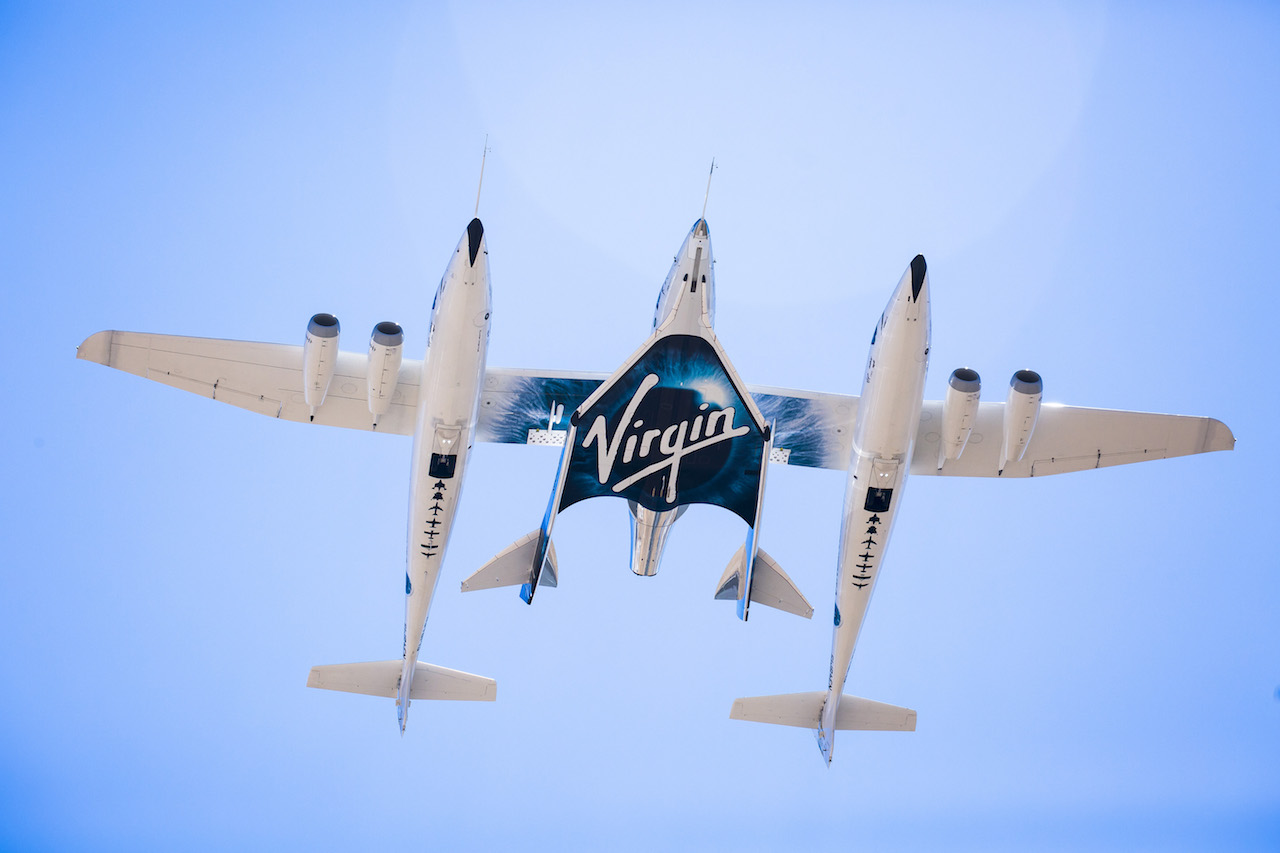 Billionaire Richard Branson has taken a supersonic step closer to achieving his ambition to transport tourists into space when his long-delayed Virgin Galactic project completed a rocket-powered test flight on Thursday. It travelled at 2.47 times the speed of sound.

SpaceShipTwo, dubbed VSS Unity, was carried by companion craft, White Knight, to an altitude of 46,500 feet over California’s Mojave Desert. It then separated from its mother ship and  blasted into the stratosphere. It’s rockets blazed for 42 seconds before making a an almost vertical climb to 170,800 feet, approximately halfway to the edge of space.

“Oh that is a million dollar view out the window Dave” says co-pilot Mike “Sooch” Masucci.

The ship – which cost almost half a billion dollars – made its way back to Earth, successfully landing at the Mojave Air and Space Port.

“It was a thrill from start to finish,” said David Mackay, who co-piloted Unity alongside Mike “Sooch” Masucci. “Unity’s rocket motor performed magnificently again and Sooch pulled off a smooth landing.

“This was a new altitude record for both of us in the cockpit, not to mention our mannequin in the back, and the views of Earth from the black sky were magnificent.”

This was Unity’s 14th outing and was hailed as the most successful yet for the project. This flight was higher and faster than ever and the first to reach the mesosphere ich Virgin Galactic describes as an “under-studied atmospheric layer” because it’s beyond the range of balloon flight.

However there is competition

Elon Musk CEO of Tesla and Lead Designer of SpaceX also has his heart on putting civilians in space and has also declared his aim of doing so by the end of 2018.

READ ALSO: SpaceX will fly two space tourists around the moon in 2018

So, who will be first?

All the seats on the Unity are have been sold until at least 2021. The first 100 passengers paid $200,000 and further 600 more put down a sizeable deposit on a $250,000 ticket to  experience zero-gravity for six minutes and the ability to look down on Planet Earth.

Space X tickets have not been released for sale and no date has been given as to when they will be.