Home Travel News What are spacemen and women wearing to travel to the moon these days?
Travel NewsWorld 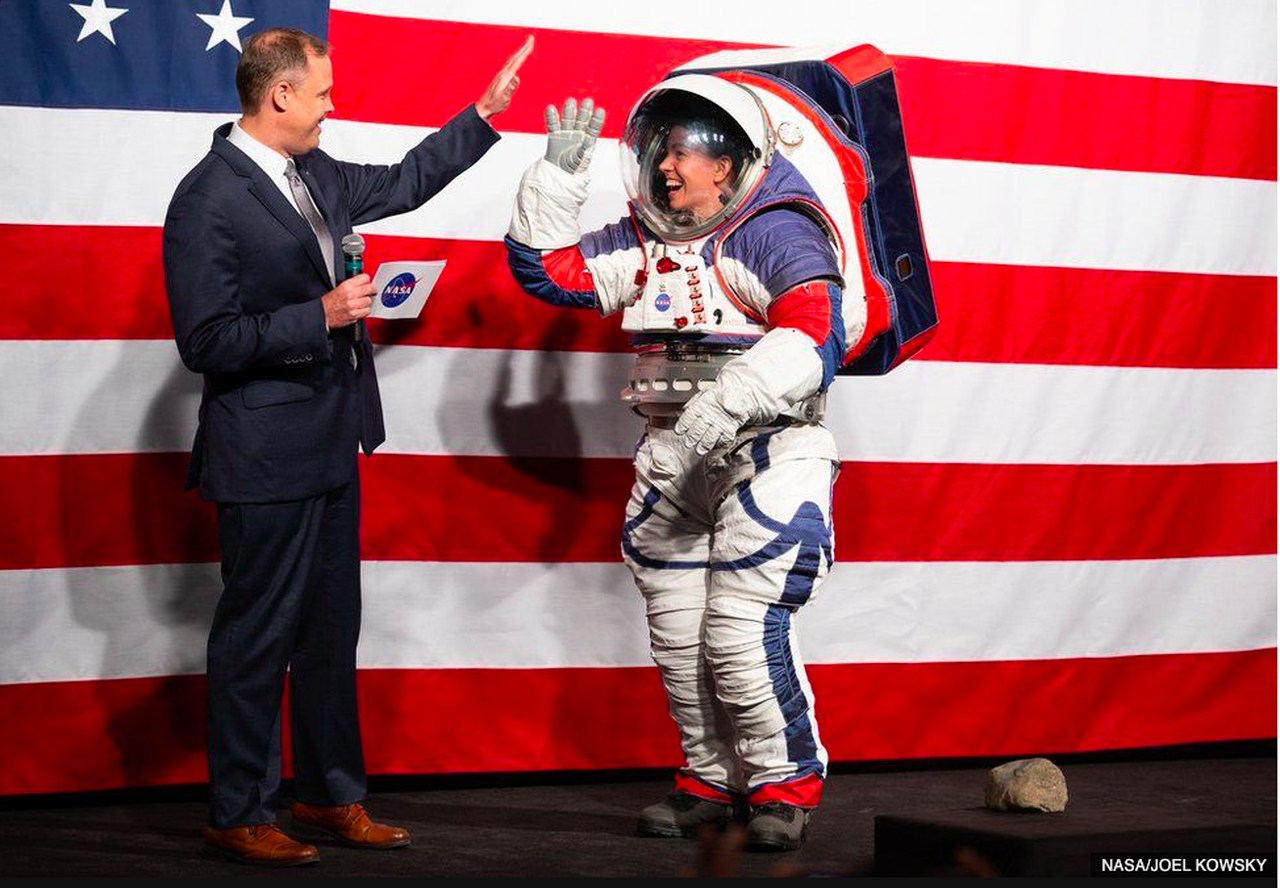 Dressing comfortably for travel is even more important when your destination is the moon. With this in mind the US Space agency, Nasa, have released the new outfits that could be worn by the first woman and the next man as they explore the moon during the Artemis program in 2024.

The new suits were introduced this week by administrator Jim Bridenstine. They are the Orion Crew Survival System suit and the Moon suit aka Exploration Extravehicular Mobility Unit (xEMU), which looks similar to ones used at the International Space Station. But Nasa said it had been improved for comfort whatever the size of the wearer, fit and mobility on the Moon.

That would be a significant improvement from the current situation. In March, the first all-female spacewalk on the ISS had to be called off because there wasn’t an available suit in the correct size for Nasa astronaut Anne McClain.

The extra comfort has been achieved thanks to a large piece called a bearing. This is designed to give the astronaut a greater range of movement at the waist. Three further bearings do the same for the legs to provide more mobility in the lower part of the suit.

Spacecraft engineer Amy Ross said the new suit would give astronauts more mobility in the shoulders, including the ability to reach overhead – something that Apollo-era suits weren’t capable of offering.

In an event at Nasa headquarters in Washington DC, the red, white and blue xEMU suit was modelled on stage by spacecraft engineer Kristine Davis, from Johnson Space Center (JSC) in Houston.

To be clear, Kristine is wearing a suit that will fit all of our astronauts when we go to the Moon.

Mr Bridenstine also presented the Orion Crew Survival System, an orange flight suit with helmet that will be worn by crews in the Orion spacecraft for launch and re-entry.

Orion is the replacement for the space shuttle, but, unlike that system, it’s designed to carry astronauts to the Moon and other targets in deep space.