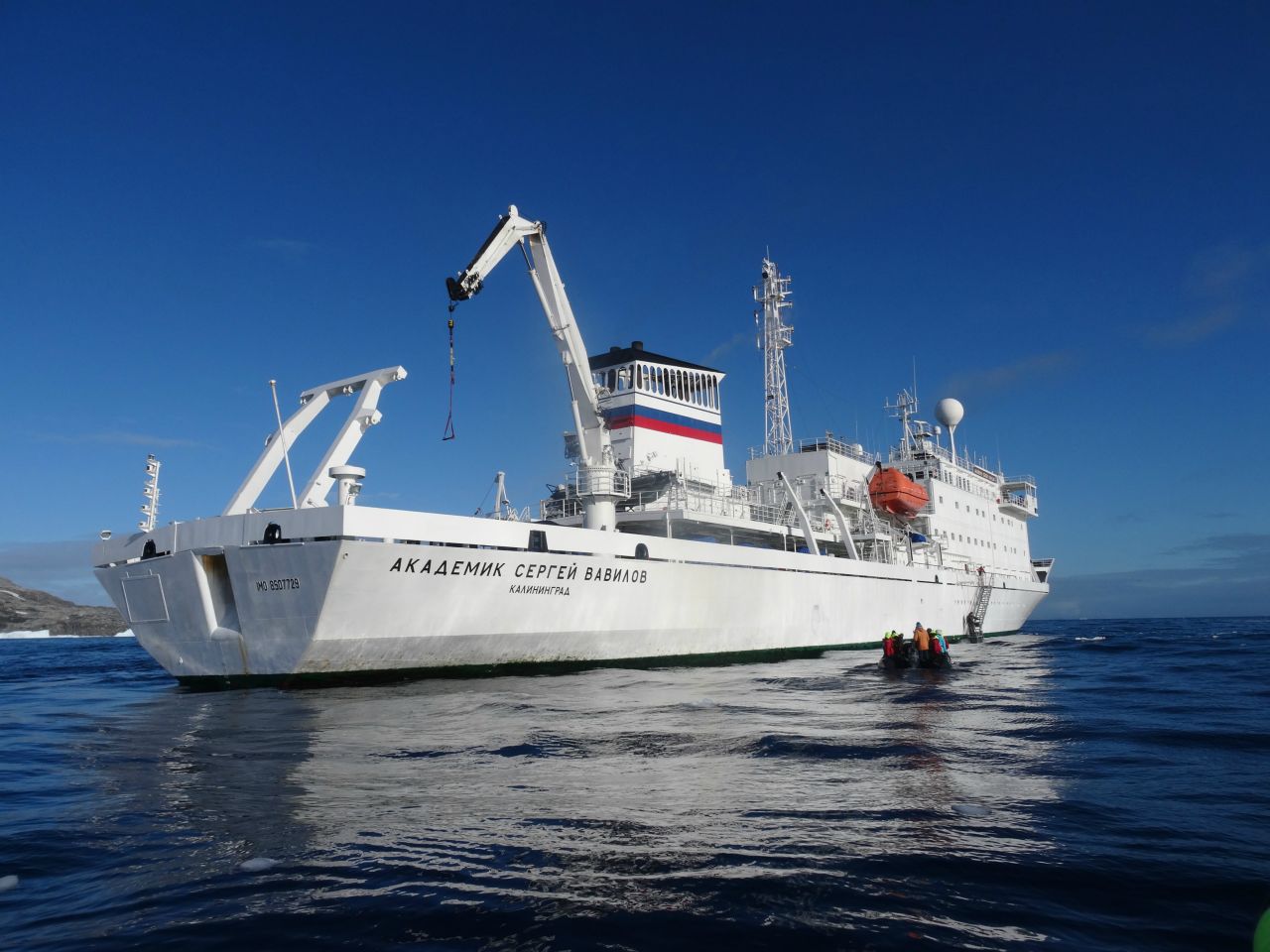 If you’re not Sir Ranulph Fiennes, a polar research scientist, or a penguin, what do you actually do in Antarctica? After three polar trips, and starting to feel now like an Antarctic veteran, I wanted to share a little of what it’s like to travel to the bottom of the world, and how you can do it yourself.

How do you get there?

There are several ways to get to Antarctica. Larger vessels with hundreds of passengers will cruise down for a day, perhaps two, never really stopping, turn around, and head north again. Although technically their passengers have ‘been’ to Antarctica, it doesn’t really count as they’ve actually not set foot on the continent. This sounds rather disappointing to me.

The more exciting and arguably more immersive way to visit Antarctica is on a small expedition vessel with not more than 100 passengers. These small ships sail from Ushuaia in the southernmost tip of Argentina, and it takes a full three days journey from South America to get your first glimpse of Antarctica. The expedition ships will stay in the Antarctic Peninsula for about a week, acting as a floating hotel: there’s nowhere you can stay on land. They sail between locations, and from each stop you launch daily excursions to explore the local area.

On my ship, the Ocean Adventurer, the stops were in places like Cierva Cove, Mikkelsen Harbour, the Melchior Islands, and Wilhelmina Bay.

What do you do in Antarctica?

Twice a day I pulled on my parka jacket and rubber boots, then disembarked the “mothership” with eight other passengers onto our zodiac boat (a small rubber rib). With 11 zodiacs on the ship, everyone on board was able to disembark and explore at the same time. Each zodiac, driven by a member of the expedition team who guided us through the rubble of Antarctica’s melting ice, allowed us the opportunity to cruise through the ice, spotting seals snoozing on the floes. Zodiac cruises last for around three hours a time. 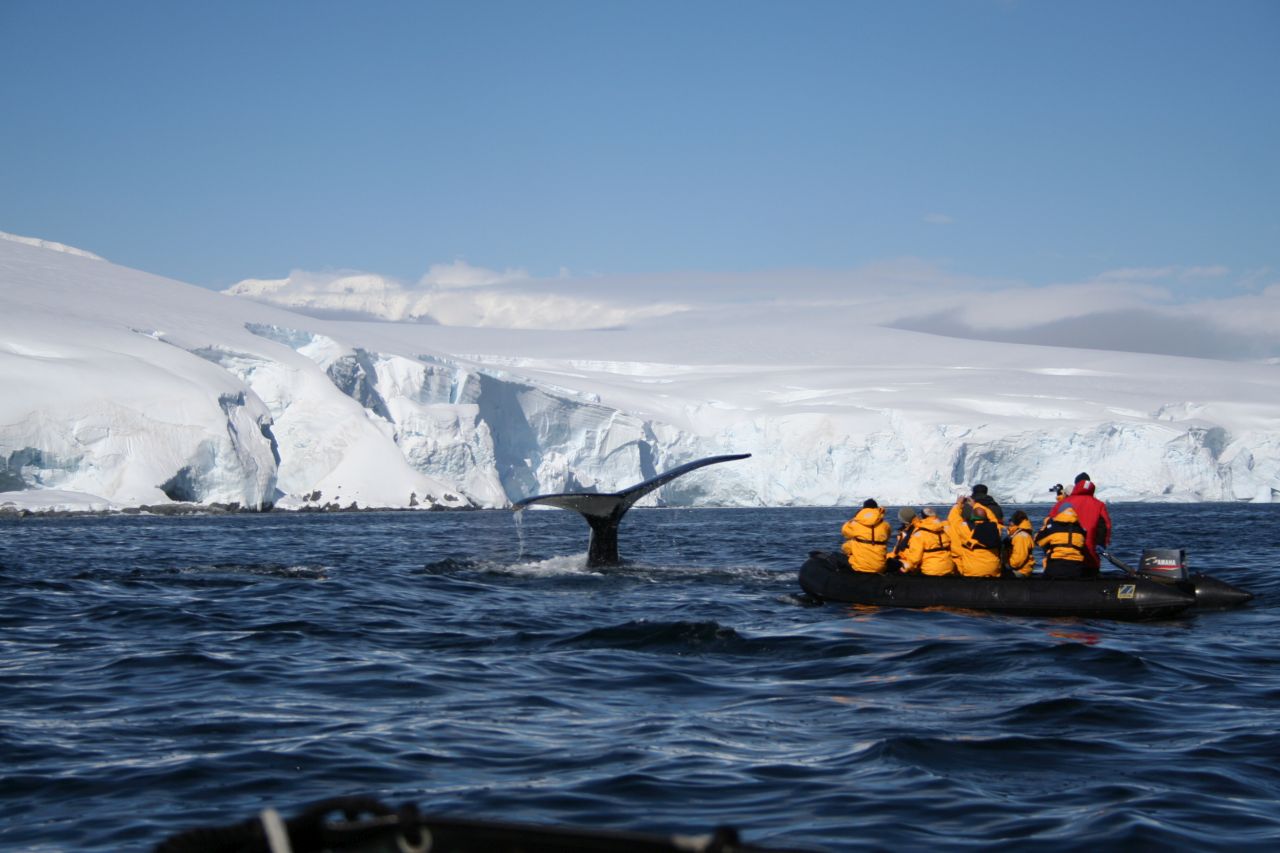 Antartica: Whale watching on the zodiac courtesy of Swoop

When we weren’t nipping about in zodiacs, we were landing on shore, hiking up a hill or along a beach. The views are spectacular, wherever you look, and squeezing the huge, snow-covered mountains into my camera lens was often utterly impossible.

Being on land means close ups with seals and hanging out with ridiculously curious penguin, who waddle alongside you, watching you as you watch them, with absolute fascination. Actually setting foot on the seventh continent — something very few people ever have the chance to do — is a moment of pure joy. 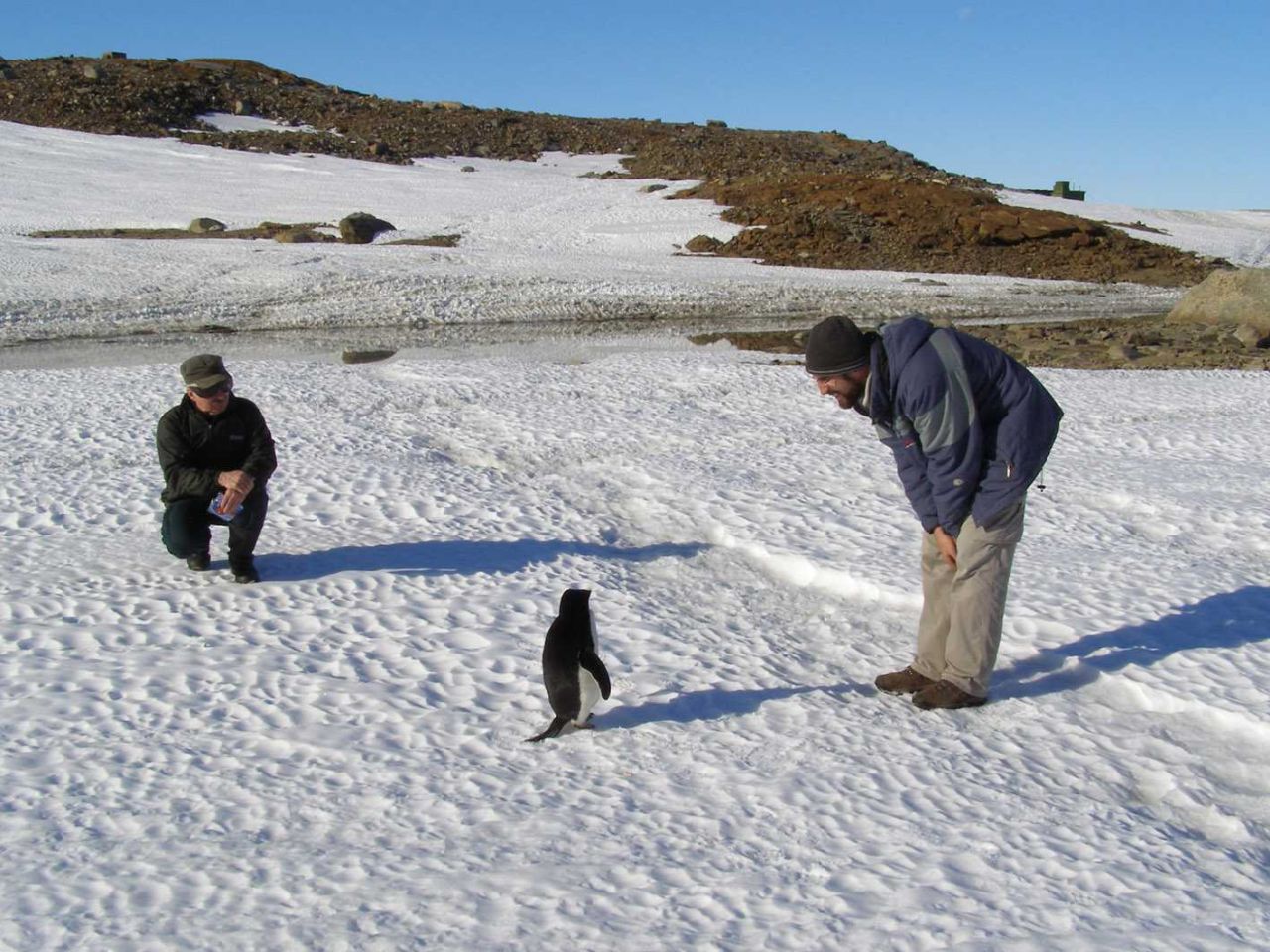 Kayaking was one of my very favourite activities. Gliding through the mirrored ice water, silently, I felt so small. Amongst the most unusual experiences was choking on mouthfuls of whale spit, as one exhaled fountains of mist through its blowhole, and it hit me in the face. Having these 40ft giants so close to my kayak that I didn’t dare breathe sent tingles of excitement shivering down my neck.

What can you do onboard?

Returning to the vessel one sparkling, sunny afternoon, I was greeted with an announcement over the Tannoy, and some loud rock music. The words “polar plunge” crackled through the speakers; combined with the music, I felt inspired. As if kayaking wasn’t close enough to the water, I soon found myself standing in line with shorts and a robe on, waiting to jump off the side of the ship into the ice water. I must have been completely and utterly mad. 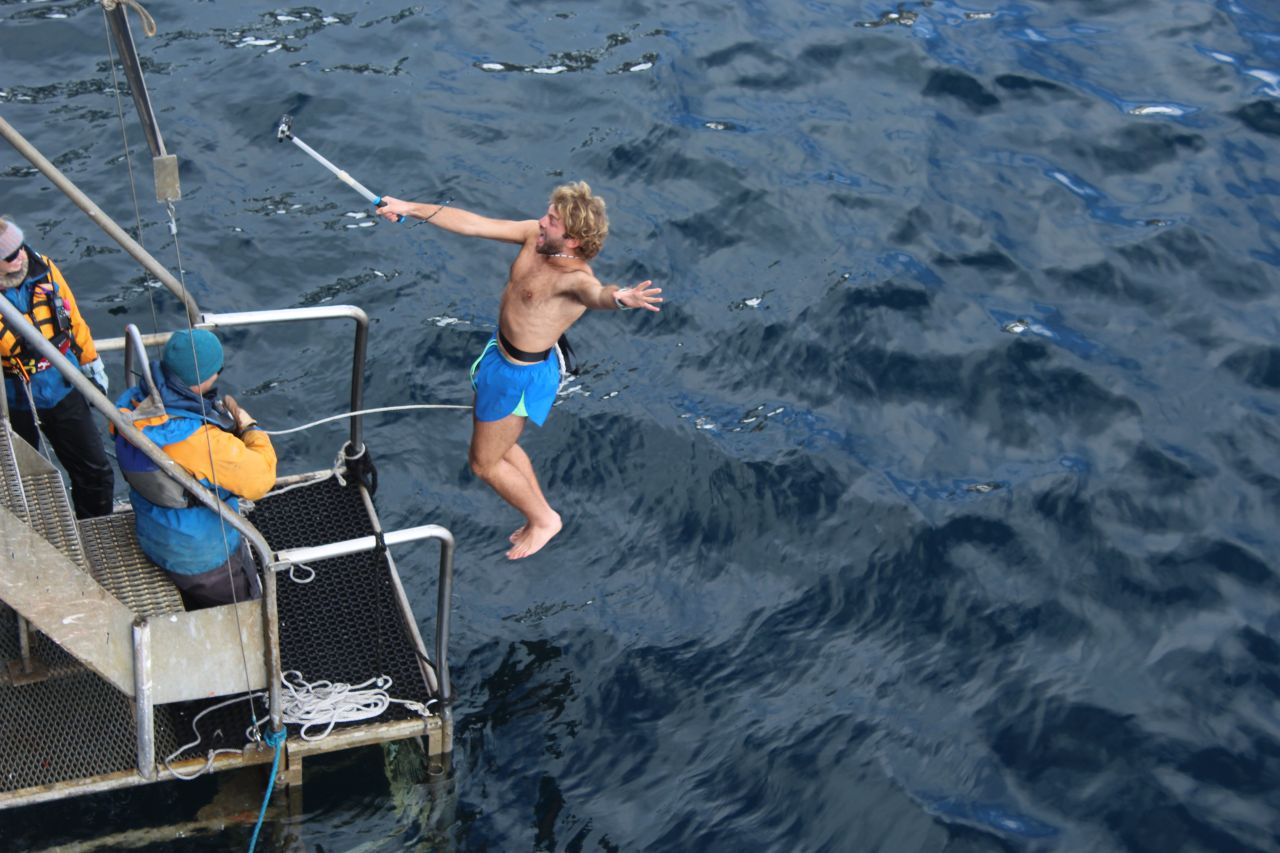 From a small platform about half a metre above the water, I jumped fearlessly into the abyss. Then, cartoon-like, spring-boarded back onto the platform. It was absolutely exhilarating. Thank God there was a hot tub and sauna on board.

The excitement of Antarctica needs occasional moments of catharsis. Onboard lectures by the expedition team helped me build knowledge of where I was, and also gave insight to things like whale spit, and ice. Why is ice blue? Why is penguin poo pink? How big was the biggest ever iceberg? Lectures and daily briefings really added substance to my experiences.

The evenings, when it should have been dark but daylight endured, were times for me to head up to the bridge and stand alongside the Captain. I grabbed binoculars and looked out for whale or seal in ice flows. Even at 2am it’s still light, and I would walk around on deck, listening to the snap crackle and pop of melting ice exhaling 10,000-year-old air. Watching the vessel gently crunch through brash ice and manoeuvre its way around huge icebergs was not only entertaining but a real privilege.

In those reflective early morning hours, it was difficult to think of any other place in the world I would rather be. It was quite remarkable that I once wandered what I would do in Antarctica.

Standing, binoculars pinned to my eyes, I felt inside myself the spirit of the scientist and the explorer, and maybe just a little bit of penguin, too.

Package: Swoop have an 11-day Discovering the Antarctic Peninsula tour.
How much: The trip costs USD $8,295, based on a triple cabin, and includes activities such as camping, hiking, photography workshops, yoga, and the polar plunge. There are discounts for passengers under 21 years.
Fly: Return from London to Ushuaia (via Sao Paolo and Buenos Aires) start from £705 with LATAM Airlines.
Visa: British passport holders do not need a visa for Argentina, and no country’s passport holders need a visa for Antarctica. Landing permits are required, however, and these are included if you book a cruise.

TIP: Remember that all cruises to Antarctica go in the Antarctic summer (Europe’s winter), when the days are incredibly long. If you went in the Antarctic winter it’d be dark all the time and you wouldn’t see anything at all!

How we got married by a penguin in...