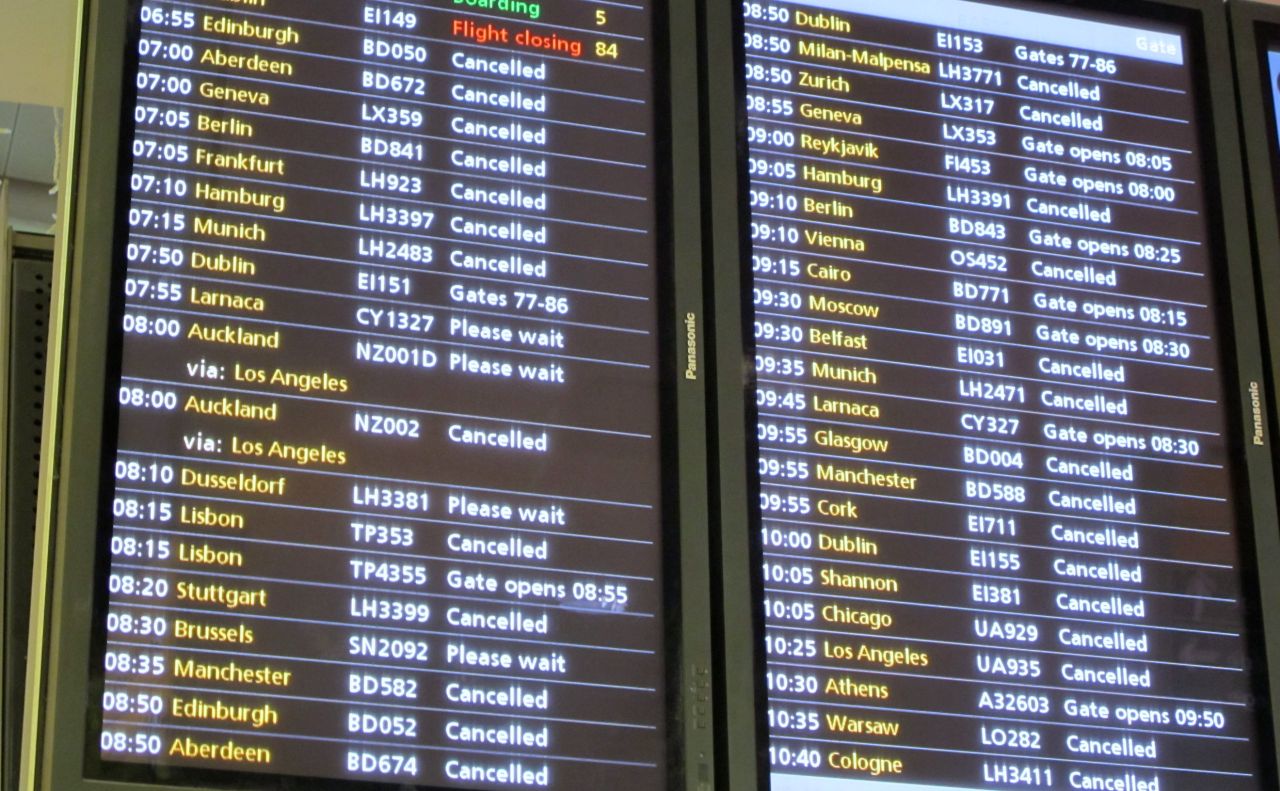 More than 1,000 flights are expected to be cancelled following the demand from the striking French Civil Aviation Authority to reduce flight schedules in France by 25 per cent.

Services flying over France, including flights from the UK, Italy, Switzerland Spain will be impacted.

Air France have cancelled 17 per cent of their flights by say 99 per cent of long haul flights will operate. Though the airline does not discount last minute cancellations.

BA have softened their policy on rebooking saying on their website “If you are due to fly on a British Airways operated short haul flight to or from any French airport (as well as Madrid and Barcelona) between Monday 6 and Friday 10 March inclusive, regardless of whether your flight is operating or not, you can move your flight back to a date between Saturday 11 and Friday 17 March (inclusive).”

In the meantime, airlines have called upon the French Government and the European Commission to stop future strikes.

British holidaymakers face five days of misery next week because French air traffic control (ATC) will be on strike. Again.

The strike will begin Monday March 6 and end Friday March 10 and will affect all flights travelling over southern and western French airspace; which is the bulk of flights departing the UK for destinations such as Spain, Portugal, southern France and the Canary Islands.

Tjitze Noorderhaven, UK Manager of EUclaim said: “There is no sugar-coating it. Next week, we’re set for travel misery. If the French unions follow the strike patterns of 2014/15/16, we are also likely to see further action in May and June, spoiling summer holidays.”

French Air Traffic Controllers took similar action in 2016, (a staggering 14 strikes throughout the year) throwing airports on both sides of the Channel into meltdown, and next week looks to be no different.

Are you entitled to compensation as a result of strike action?

Under European Commission Regulation. 261/2004, airline passengers are entitled to compensation if their flight has been delayed by three or more hours or cancelled.

Read: Are you entitled to airline compensation?

Unfortunately, British travellers won’t be able to claim any compensation for delays or cancellations caused by the unions, because strike action is considered “extraordinary”.

These so called “extraordinary circumstances” hold that airlines are not accountable when a situation is beyond their control; Industrial action, including strikes by ground staff and/or air traffic control is considered one such circumstance.

In March 2016, over just two days, there were 570 recorded delays or cancellations to and from British airports caused by French Air Traffic Control strikes. The strike action affected an estimated 85,500 passengers many of whom would have been left out of pocket as a result.

“Typically” Mr Noorderhaven says, “the strike action is taking place mid-week. French ATC receive double pay on a Sunday, so they try to avoid weekends wherever possible. I can only think of one strike action in the last year, which has fallen on a Sunday.”