Why you should visit Albania 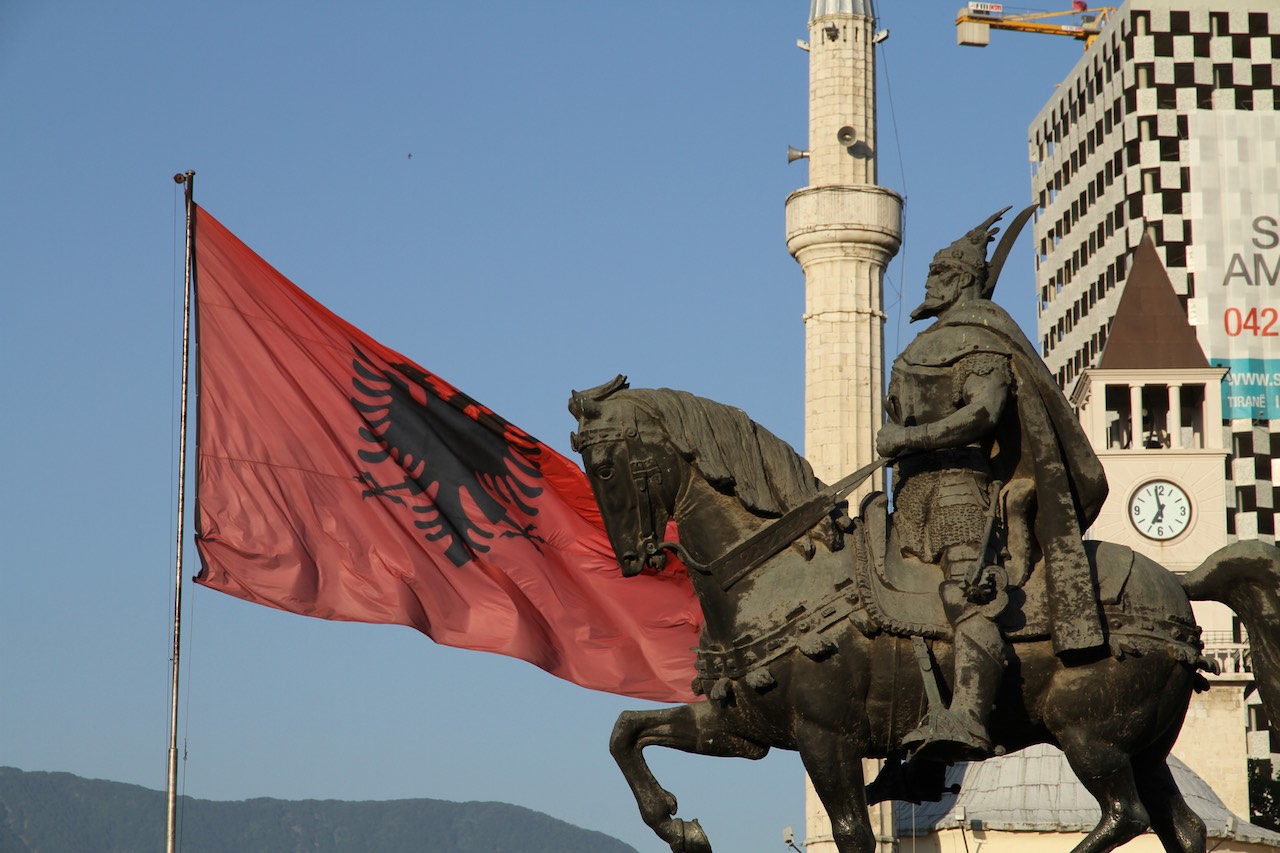 If you get stuck in a traffic jam in Tirana you could always reflect that it’s a measure of how far the country has come. Twenty years ago there were said to be fewer than 200 cars in the whole of Albania; today the streets of the capital are thronged with BMWs and Mercedes as well as more modest vehicles.

There are many more indications of how this nation, which recently celebrated its centenary – in 1912 it became the last European country to gain independence from the Ottoman Empire – is resolved to take its place in the 21st century.

There’s spending on schools, roads and other infrastructure, incentives for foreign investors and developers and a push for EU membership. And there’s also the determination to make the place better known to the outside world.

As their charismatic Minister of Tourism Aldo Bumci put it: “We are close to everywhere and easily accessible, yet we are unknown and unexplored. We are the last secret of Europe.”

That ease of access –  Tirana International Airport (named after Mother Teresa, Albanian native) is linked to 32 destinations by 12 airlines – means it’s perfectly feasible to spend just a couple of days starting to unlock that secret.

A walking tour of Tirana

From Skanderberg Square, with its massive statue of the 15th century warrior hero on horseback, we strolled up the wide Nation’s Martyrs Boulevard built by the Italians (whose originally benign influence later turned oppressive under Mussolini). We went past more classic Fascist architecture, including the University, the Archaeological Museum and the National Stadium, to Mother Teresa Square, named in honour of Albania’s most famous daughter and featuring a statue of the little nun looking rather beefier than she did in life. 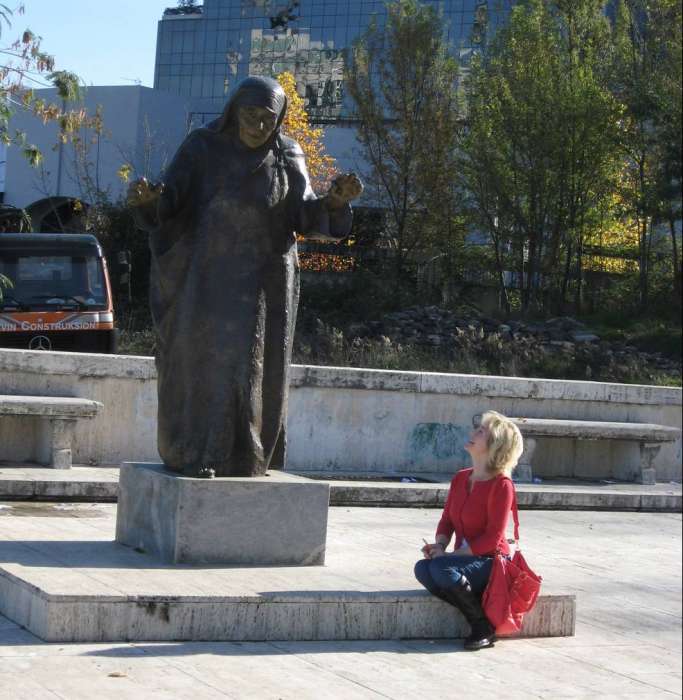 Then it was on past the Clock Tower, one of the oldest constructions in the city, and the Et’hem Bey Mosque to the Pyramid, a building which symbolises much of Albania’s recent history.

It was originally built to celebrate the life and works of Communist Party boss Enver Hoxha whose iron grip kept Albanians in subjugation long after other such regimes had fallen. One infamous example of the leader’s total control was that the only Western films allowed to be shown were those of Norman Wisdom.

Today the folly is empty and dilapidated and its future undecided. Meanwhile children and teenagers use it as a place to hang out and a playground. We hold our breath as they run up and down its steeply sloping sides.

Nearby is a sad monument to those children who lost their lives in the civil unrest which followed the collapse both of Communism and, later in 1997, a number of pyramid investment schemes, ruining half the population who, untutored in the ways of capitalism, had poured in their life savings.

On a happier note we stop to watch a wedding party emerge from church. Getting married is a big deal here. The groom gets to drive the car of his dreams and the bride often has up to three extravagant wedding dresses, one for the ceremony itself, the others for the parties before and after, but usually all of them hired: this is still by European standards a relatively poor country.

All religion was banned by Hoxha: he wanted to create the world’s first officially atheist state but now it’s making a comeback as evidenced by buildings like the massive and spanking new Orthodox Cathedral. People still pride themselves though on their religious tolerance and, rare for the Balkans, intermarriage is so common as to be unremarked upon. “We’re Albanian first and religious second,” someone tells me. 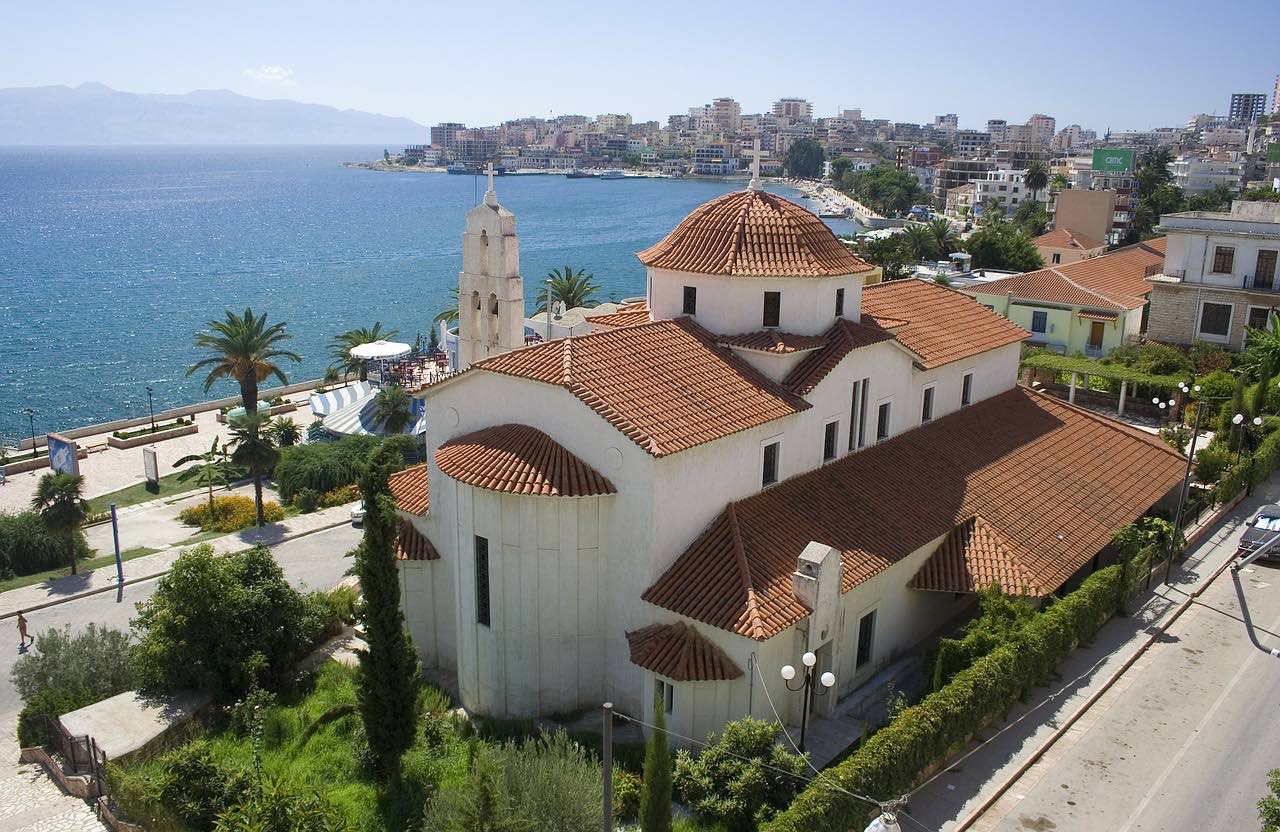 Indeed their unique besa code of honour which states that a guest must be protected at all costs meant that not only did they never betray a single Jew to the Nazis but that they also gave sanctuary to Jewish refugees from other countries. By the end of World War II there was a community of 2,000, ten times the original number.

Our walk ends at the Sky Tower where we have a coffee in the revolving restaurant and a 360 degree view over the city. One of its most striking aspects from this perspective is the number of brightly painted buildings, a legacy from a mayor who thought it a cheap and cheerful way of transforming all those drab grey offices and Soviet style apartment blocks.

Changes seem to be taking place everywhere in fact. Roads are being extended, hotels are being built and guest houses opened up in the mountains – two thirds of the country is mountainous and dramatically beautiful – and down on the coast. 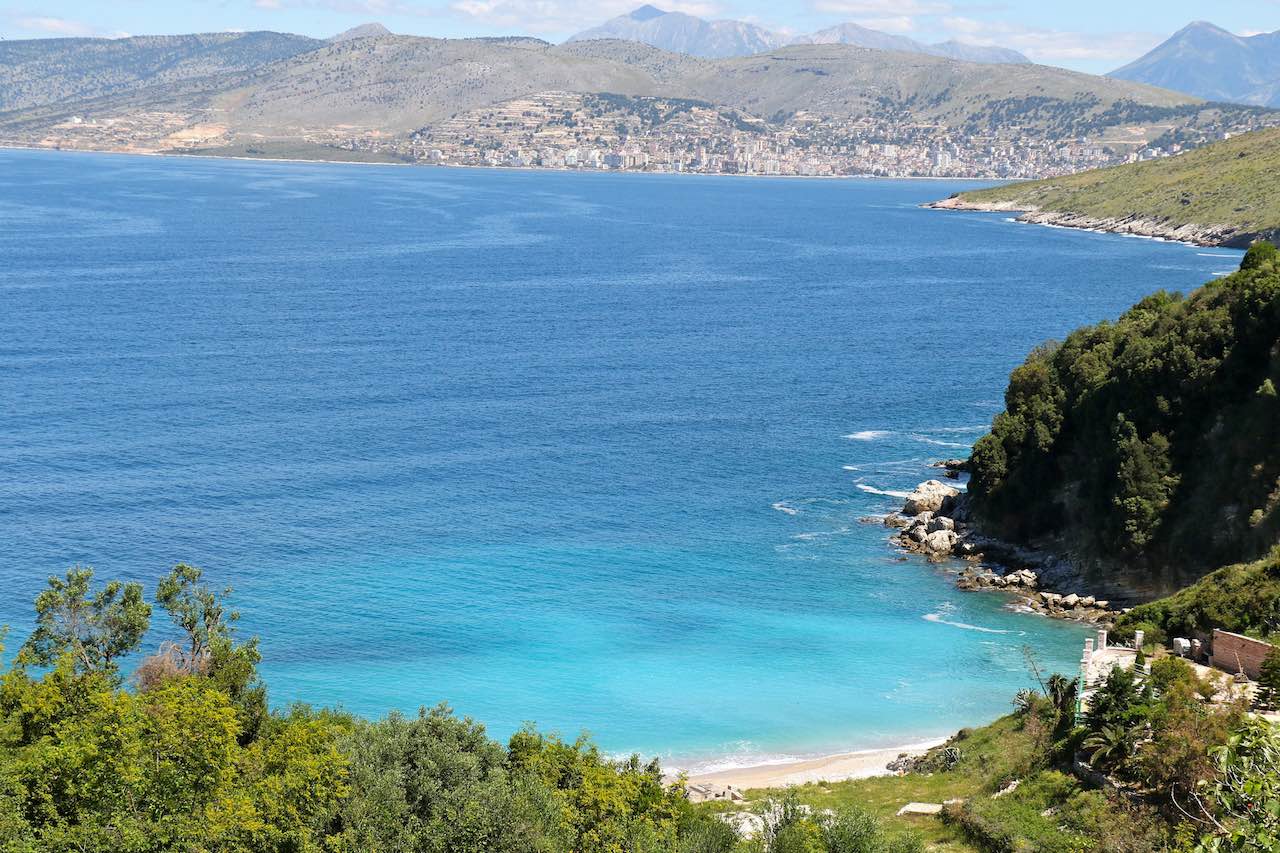 Albania has more than 250 miles of coast, the northern Adriatic stretch (this is only 70 miles by water from Italy) having long sandy beaches and shallow waters, the southern Ionian one secluded coves and rocky headlands.

In Lalzit Bay, for example, just 40 minutes from Tirana, a British company is developing a multi-million pound resort aimed not just at locals but also at European visitors.

The historic town of Kruje

One place that has already established itself as a tourism destination is Kruje which we visit on our second day, an historic little town perched nearly 2000 ft up a mountain. It’s only 12 miles from the capital but the trip can be a test of nerve: the lack of a motoring tradition means local driving leaves a lot to be desired.

It’s certainly worth the odd white knuckle moment though. The views are fantastic and there are two interesting museums, one in the beautifully restored castle dedicated to Skanderberg who wrested the town from the Ottomans and defended it through three sieges until his death in 1468 and the other the fascinating Ethnographic Museum where our brilliant guide managed to convey what it was like to live in earlier times – and make you feel very glad you lived in modern ones.

Stretching from the castle is a mediaeval alley, today lined with stalls and workshops offering lovely beadwork, carpets, felt slippers and old costumes (some so heavy you could barely lift them never mind wear them – the Albanian women of yesteryear must have been fearsomely strong) plus lots of memorabilia featuring the distinctive red flag and its black double headed eagle.

Earlier we had had lunch in the Panorama Hotel: a delicious selection of hors d’oeuvres, including the local speciality byrek spinach pie followed by salads and grilled meats with wine for less than £10/€12/$15 a head.

Such value for money is one of the country’s attractions, of course, along with lots of others which we could not fit into a two day flying visit.

These would include spectacular unspoilt scenery, interesting history (this place has been Illyrian, Hellenic, Roman and Byzantine) and culture: there are countless castles, fortresses and places of worship as well as three UNESCO World Heritage Sites.

The weather is good – in summer it’s lovely with 180 days of sunshine and temperatures between 22 and 30 degrees and even in winter we had a brilliantly sunny day as well as one of rain – and there is plenty of nightlife in the form of lively bars and restaurants and a few clubs.

There is also the tradition of hospitality, long established but obviously unseen by the outside world for so long and still marred by a widespread image of Albanians as rather forbidding if not downright frightening.

I was probably as guilty of it as anyone but I shed it almost as soon as I got on the plane when a young man leaped to his feet to heft my case into the overhead locker and then chatted animatedly on the flight, delighted that I was going to discover the country he loved.

He actually looked pretty terrifying as so many Albanian men do: burly and unsmiling in repose if not actually scowling. But that’s just the appearance. From my admittedly brief visit it certainly was not the reality – that was warm and welcoming.

As another man said to us at one point: “Hospitality is our ancient code. If friendliness was marketable Albanians would be rich.” Perhaps they soon will be.

We stayed at the 5* Rogner Hotel, and our double room with garden view costs around €370 for the two nights. The Hotel is set right at Tirana’s main boulevard. It offers modern accommodation and a large outdoor pool area which frequently hosts live music.

A more affordable alternative is the 3* Capital Tirana Hotel, opened in 2012 and situated in the Old Town next to the General Prosecution Office. It offers elegant rooms with soundproofed windows, cable and satellite programmes, air conditioning and minibar from €30 per night.


How to Get There

We flew British Airways from London Gatwick to Tirana for around £200.