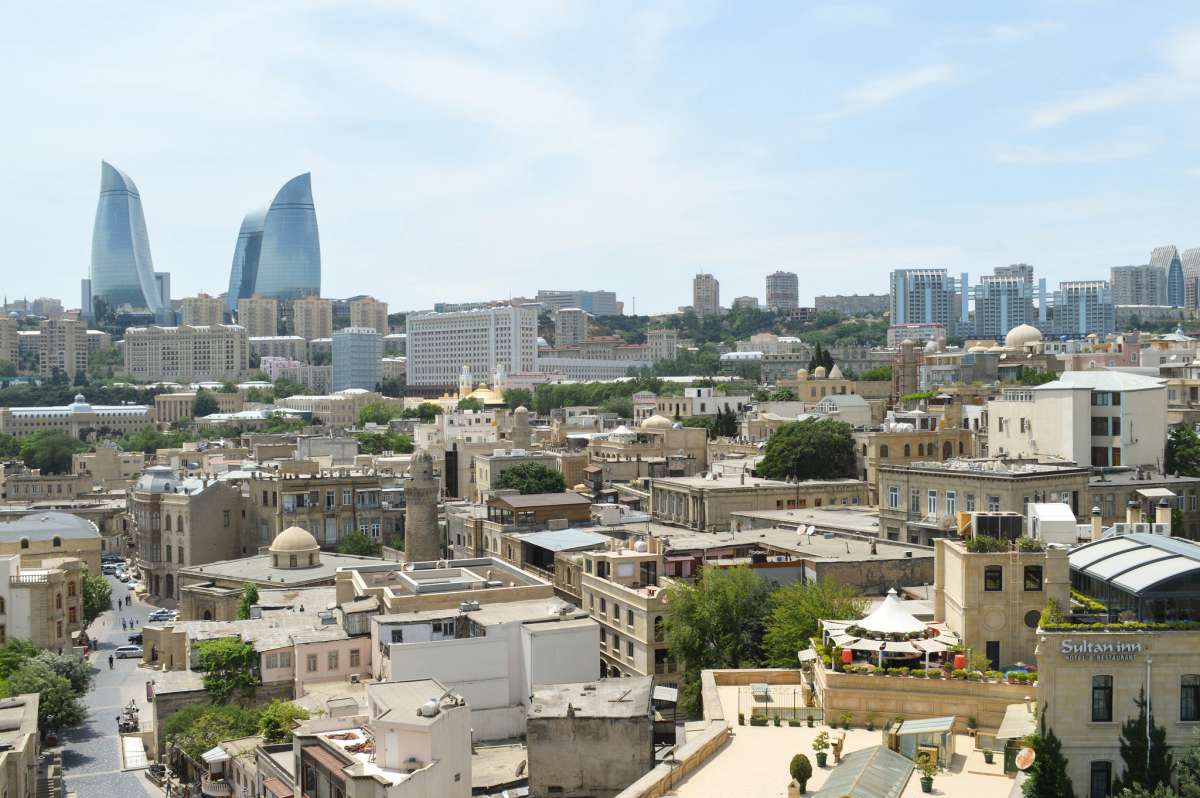 Do you remember the Eurovision song contest of May 2011 in Dusseldorf, Germany?

The people of Azerbaijan do. Their entry “Running Scared” sung by Azeri crooners Ell and Nikki won the contest. And the timing could not have been better. 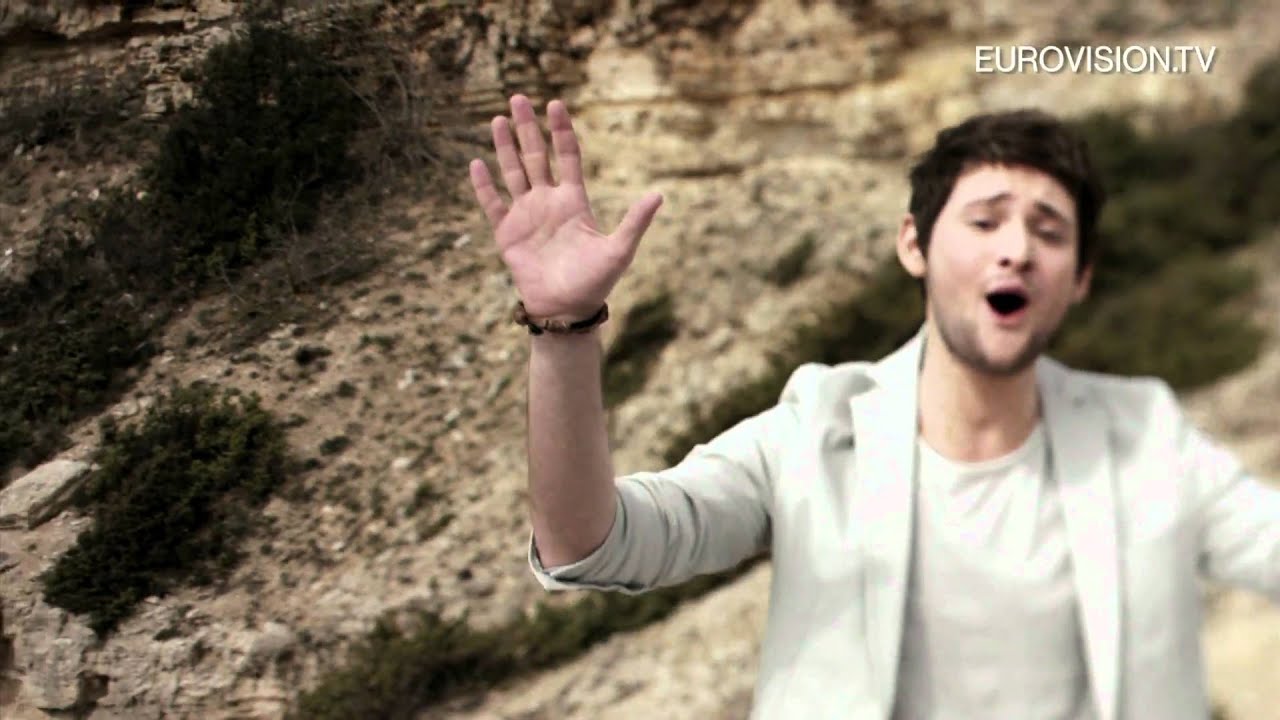 The country straddles Asia and Eastern Europe and is bordered by Iran, Georgia, Russia, Armenia and the Caspian Sea, but being part of European family is something Azerbaijan aspires to.

So what some may regard as kitsch entertainment, for them meant being noticed, finally, by an audience who, like me, were scratching their heads asking, “where is Azerbaijan?”

It is an oil-producing country that made fortunes for the Nobels (Robert Nobel was a rich philanthropist) and the Rothschilds in the 19th century and the abundance of oil is why Lenin invaded it in 1920.

Independence from communism came in 1991, and by 2007 the enormous reserves of oil in the offshore Caspian fields meant that the Azerbaijan could afford to get the decorators in to renovate their capital Baku, in time to host the Eurovision song contest in May 2012.

By the time I got there some five months later in October, celebrations were over but a legacy of a bling lives on.

The striking crystalline-shaped Crystal Hall built to host the event juts out on a small promontory onto the Caspian Sea. It shines in the sun and projects laser lights into the night sky. It sits next to National Flag Square, home to the one of the largest flags in the world and certainly the largest in Europe – it flies on a flagpole that is 162 metres high and measures 70 by 35 metres.

The skyline has numerous high rises most built in the last 10 years but the major landmark is the newly constructed trio of Flame Towers (Azer means “fire”) that rise 235m above the city. They glisten in the sun during the day and are spectacular at night when ten thousand LED lights display geometric patterns and dancing fire.

An attractive new boulevard hems the sea and when the moon comes out so do trendy youths who eat and drink around the Sahil complex of chic restaurants and coffee shops.

At other times they shop in Fountain square with its Haussmann architecture, designer shops and wide walkways that give off more than a soupçon of European style.

Amid this backdrop of modernity, it was almost amusing that the kings of the roads are the Russian-made Lada, a car that had a short-lived flirtation with the UK market 20 years ago, but here is part of everyday city life.

And somewhat incongruously, so is the London taxi. The nation ordered a 1000 of these in violet rather than black, in time for Eurovision and according to one cabbie “It’s comfortable for clients, there is a meter so they do not have to bargain.”

I caught one to the gorgeous Italian Renaissance styled Magomayev Azerbaijan State Philharmonic Hall. It was built in a 1912 and greats such as Herbie Hancock have performed within its German Rococo interior. On this night I had tickets to hear the winner of the 43rd Montreaux Jazz Festival, Azerbaijani jazz pianist Isfar Sarabski strutt his jazzy stuff.

On a more sombre note, at Shahidlar Xiyabani, or the Alley of Martyrs there are several black marble tombs of those who were murdered during Black January in 1990 when an Armenian offensive ended in bloodshed. Among them is Albert Agarunov, a national hero, who the Jewish community, made up most of “Mountain Jews”, are proud to call one of their own.

Azerbaijan, a predominantly Muslim country, actively protects its Jewish community. There are only 20,000 Jews in a country of 8 million and yet government money is spent on maintaining their synagogues and preserving their culture.

Baku’s ancient history is well preserved in the walled old city now a World Heritage site. It’s full of cafes and restaurants that make the traditional tandeer bread in clay ovens which they serve with soft salty cow’s cheese and whipped cream. Black tea is poured from steamy samovars and served with various jams and sweets.

Every other shop sells traditional garb, jewellery or the local speciality, hand made carpets (don’t go home without one). And there are arched caravanserais where travellers on the silk route could spend the night knowing their camels would be watered and fed in the courtyard. Amid the cobbled alleyways there also ruins and open-air museums to explore.

The Maiden tower (as much loved as the Eiffel is in France) was once a temple, then an observatory and a lighthouse. Today you can climb its 28 metres for the view. Then there is the well-preserved fortress, the setting of 15th century sandstone Shirvanshaks’ palace. Its walls still have the bullet holes left by the Russians who fought for Baku in 18th century.

Amid all of that is a bizarre museum of miniature books – everything from Shakespeare in tiny paw size publications and finger nail sized works by Alexander Pushkin.

Geographically, the country, around the size of England, has 9 of the 13 climatic zones. There are mountains and flat semi-desert plains where those on a driving tour can stop at chaykhanas, open-air or covered tea houses, and watch the locals play backgammon. Or stop to buy fruit and jams from road side vendors.

There is a decent viticulture industry that has produced some award winning red wines from Shirvan and Ganja-Qazakh. Local cuisine is easy to find of course, and increasing so are other styles.

As part of its Europeanisation big, brash, bold new hotels are springing to cater not just for oil men, but they hope, tourists looking for a new pastures to explore. We stayed at Qafqaz Baku City Hotel, a centrally located four-star hotel. Standard rooms cost 145 AZN per night.

READ NEXT: 48 hours in Baku, Azerbaijan

Why you should visit Albania