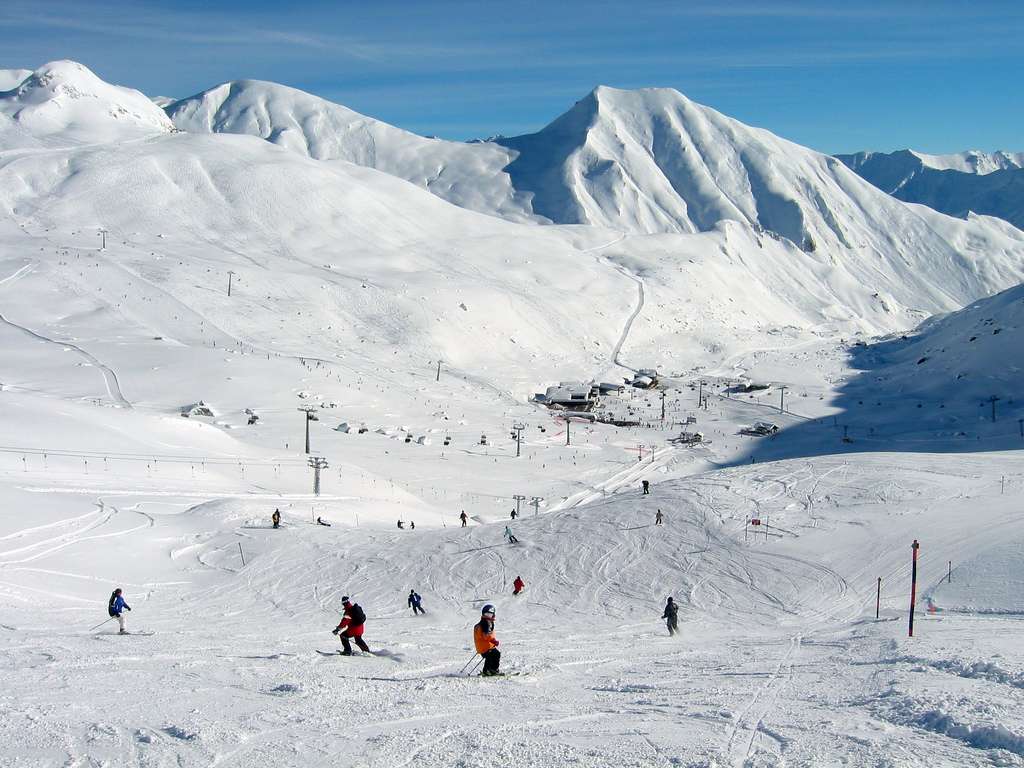 Ischgl is a small traditional alpine village in the Austrian Alps. You will find it in the long, narrow Paznaun valley, located on the Austrian–Swiss border. The resort lies at just 1377m, however, with skiing to 2872m, the ski area is snow-sure throughout its six-month season, from November–May. The ski area is also linked to Samnaun in Switzerland.

Despite its appearance as a quaint Tyrolean village, Ischgl has long been nicknamed “the party capital of the Alps”. With an extensive piste network – 238km to be precise – and more than 40 bars, discos and nightclubs in the resort, Ischgl has become popular with those looking to ski hard, and party hard.

Most of the skiing in Ischgl is above the tree line, but the area is vast and interesting. The hub of the skiing is at Idalp, which is easily reached by the 24-person Silvrettabahn lift. From here, multiple chairlifts whisk you to the top of the mountain. The resort is generally suited to intermediate or advanced skiers, as it comprises 18% blues, 61% reds and 21% blacks. 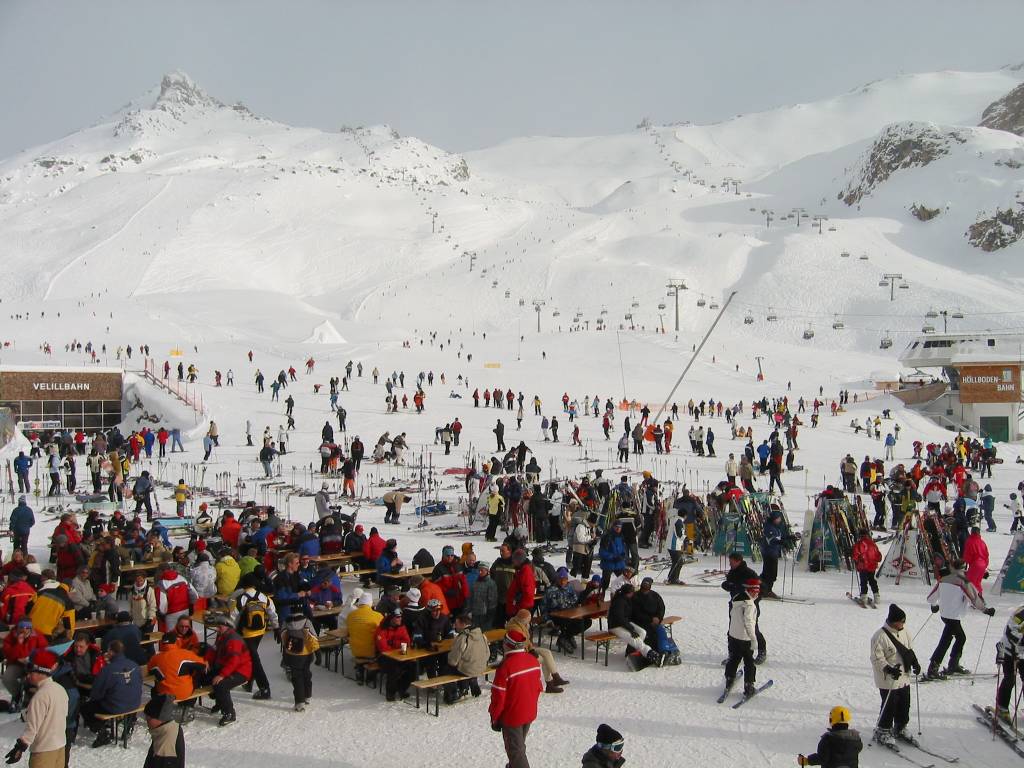 Idalp: The plateau at Idalp is the starting place for beginners and intermediates. The pistes around the area range from gentle blues, to slightly more challenging red runs. The slopes here to tend to get busy at the end of the day, as does the run back to the resort.

Alp Trida: Located on the Swiss side, Alp Trida, offers some great motorway cruising options and the lifts back up are fast and efficient. The runs around the area are an intermediates haven, yet fun for faster skiers as well.

Fimbatal: Head to the woods here on a snowy day. Tree skiing is great fun and offers protection from the elements. Take the lift from Bodenalp to reach the woods.

The challenge: The longest on-piste challenge for skiers is the 11km, aptly named Piste 11, said to be one of the longest runs in Austria. If you’re looking for an adrenaline rush, then Piste 14a – with a gradient of over 70% – offers experts and exciting challenge. 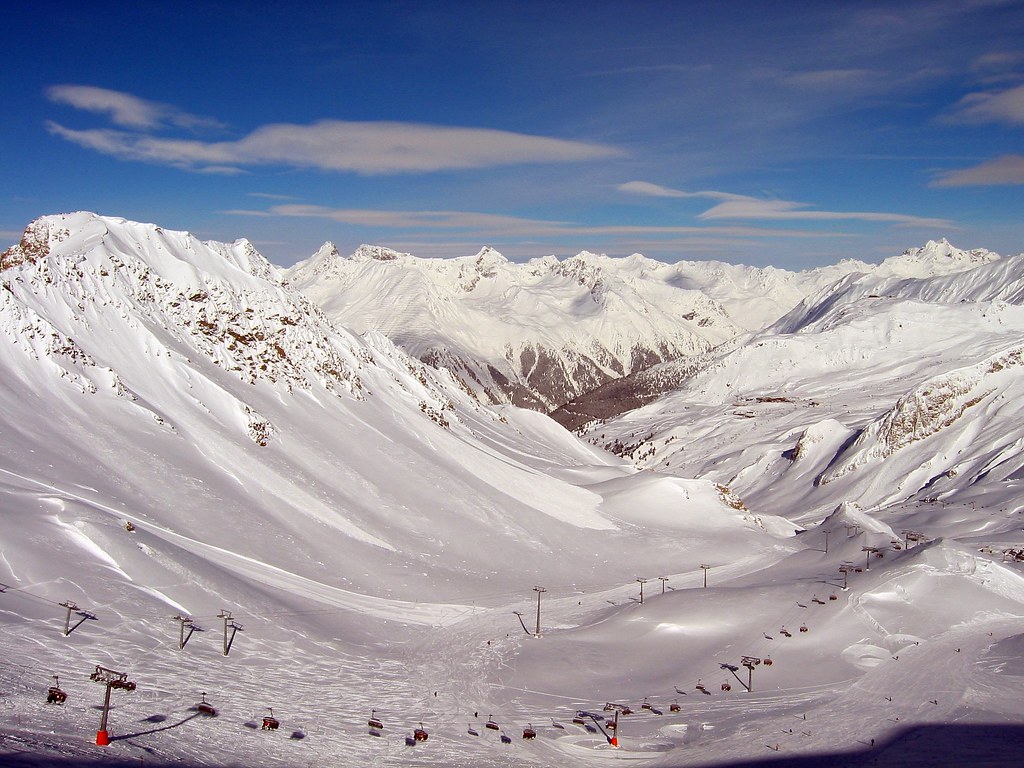 Proximity: The village is long, however there are three lifts from the resort to the ski area, so access is generally easy. There are sometimes long queues at the Silvrettabahn during peak weeks.

To escape from the throng: Head to the nearby resorts of Galtür and Kappl, which are ideal for families and beginners, both offering 40km of pistes. The Silvretta ski pass also covers these resorts and there is a bus service from Ischgl.

The X Factor: Ischgl has risen to prominence thanks to its blowout all singing, all dancing opening and closing week concerts, which in the past have attracted the likes of Katy Perry, Elton John, Rihanna and Kylie. Few resorts open in such exuberant style, but Ischgl certainly knows how to put on a party.

The resort is famed for its true Austrian-style, dancing-on-the-tables après ski, and the bars are packed to the rafters from 3pm until the small hours. Most people start their après ski in the bars at the bottom of the Silvrettabahn before moving on to the The Trofana Alm or the Sonne, where there’s often live music.

The resort is also home to a Pacha nightclub – think Ibiza and London – which has music blaring every night of the season. Other late-night hangouts include the nightclub at the Hotel Post.

The easiest way to access Ischgl is to fly to Innsbruck, which is 85km away and a one-hour drive. Alternatively, you can fly to Munich, which is also within easy reach, approximately 210km and 2 hours, 30 minutes drive away, and is served by many international airlines.