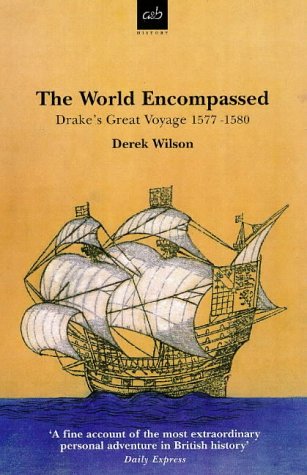 In 1577, five tiny ships with 164 men set sail from Plymouth. At that time, Francis Drake had no idea that he was embarking on the greatest personal maritime adventure ever, nor that he would circumnavigate the globe. No mariner had attempted the feat for fifty years; no captain had ever successfully negotiated all the world’s uncharted oceans to bring his vessel safely home let alone bring back enough gold and silver in her hold to meet the expenditure of the government for a whole year and to give the voyage’s backers a 4,700% return on their investment.

The World Encompassed is a stirring day-to-day account of Drake’s great voyage, an exciting story of courage, braggadocio and magnificent seamanship, re-told in detail by a master historical narrator, with the page-turning compulsion of an adventure novel – and every word is true.

WIN a £200 travel voucher with Exodus Travels (UK only)

On Mexican Time: A New Life in San Miguel

World Cruising Destinations: An inspirational guide to every...