World War One memorial trail in Belgium and France 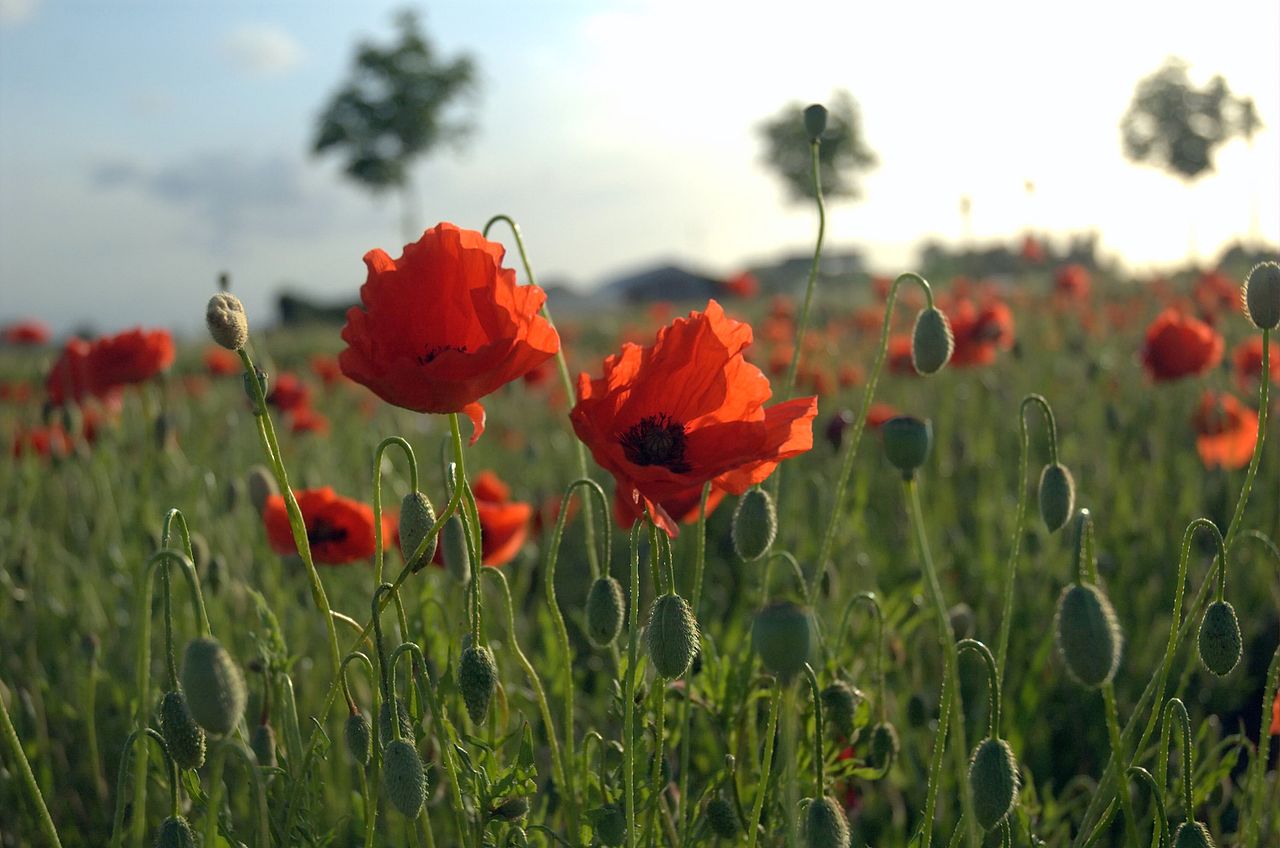 This year commemorates the centenary of The Great War 1914-1918, a conflict which claimed more than nine million lives. And even though the last survivor died four years ago, tourists still visit battlefields in growing numbers.

To honour this anniversary and to learn more I covered around 500 miles of WW1 battle fields at Ypres, Arras, The Somme and Chemin des Dames in the Champagne-Ardenne region and thousands of cemeteries, museums and monuments. 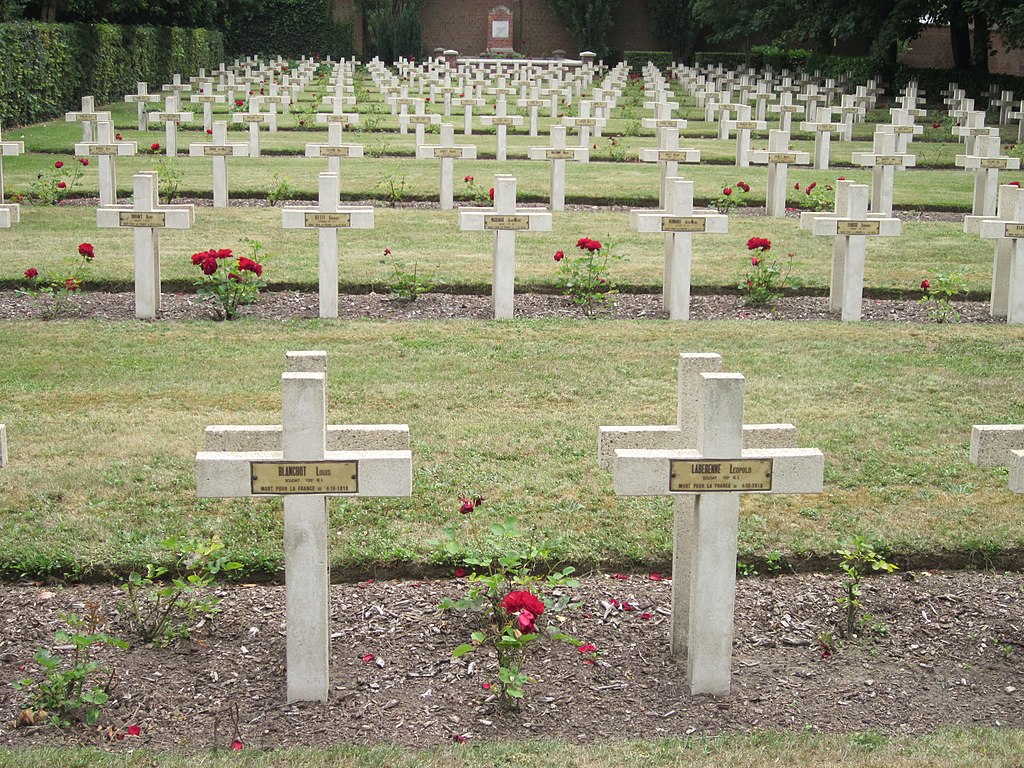 My tour took in just a few that have provided a lasting memory of beautifully maintained places offering fitting memorials to the millions who died in The Great War, including a member of my own family.

Before I left, I wanted to find out more about my own relatives who died and went online first to Commonwealth War Graves Commission website. The website has been created for those who would like to trace relatives who died in the two World Wars. Just put in a name and all the information is available.

After the 90-minute ferry ride from Dover to Calais with DFDS Seaways, I took the A16 motorway towards Dunkirk and then joined the A25 in the direction of Lille coming off on the N38 to Ypres, about 60 minutes drive from Calais. Then it was A1 to Arras, continuing on A1 south to the Somme turning off at Bapaume on the D929 to Albert. Then cross-country to Peronne.

There are two places of interest in Ypres. 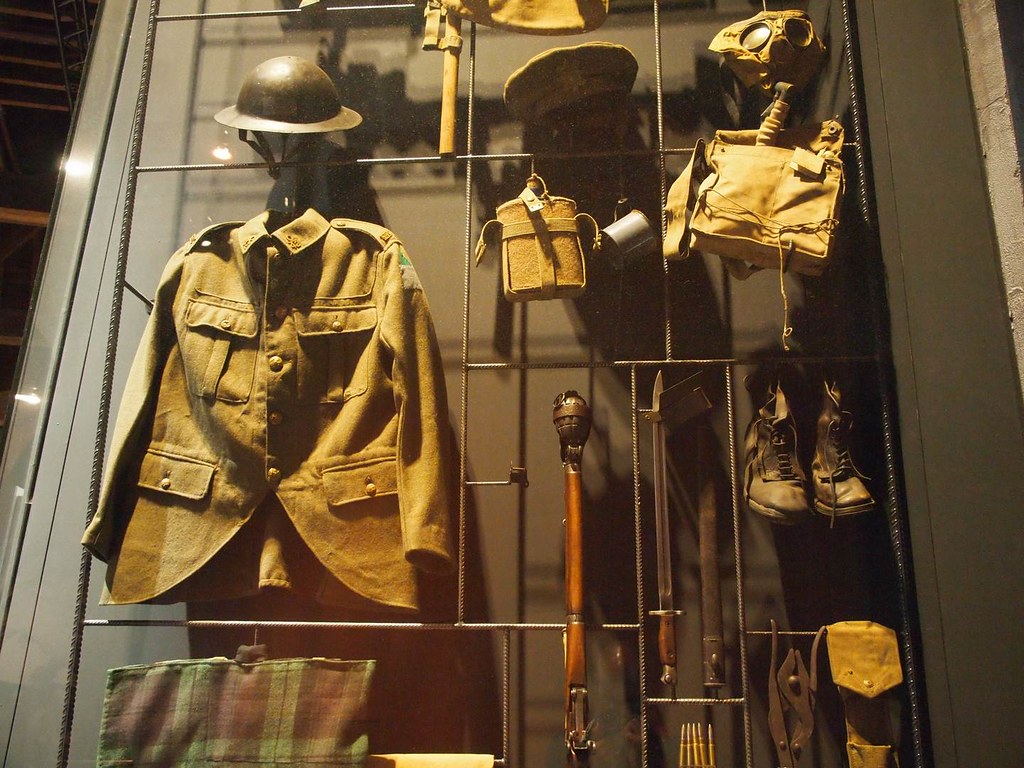 The first is the In Flanders Fields Museum in the rebuilt Cloth Hall, is superbly laid out and visitors can follow the life of a combatant or civilian by activating touch-screens with an electronic bracelet.

Then, every evening at the Menin Gate there is the Last Post ceremony – a tribute to 54,896 missing soldiers who have no known grave. Buglers from local fire brigades play the Last Post and huge crowds gather to watch the wreath-laying. The event has happened every day since the end of WW1 with a pause during WW2 when the Germans occupied Belgium. It is a very moving event.

Nearby is Poperinge, famous for the Toc-H building where soldiers could rest from the fighting. The Lijssenthoek military cemetery has a visitors’ centre depicting the work of a field hospital and the medical care available to the wounded.

Recently opened is the Passchendaele Museum commemorating the 1917 battle which resulted in half a million casualties in 100 days for a territorial gain of just 5 miles. It has a fascinating collection of military items and reconstructed underground bunkers with a trench system. 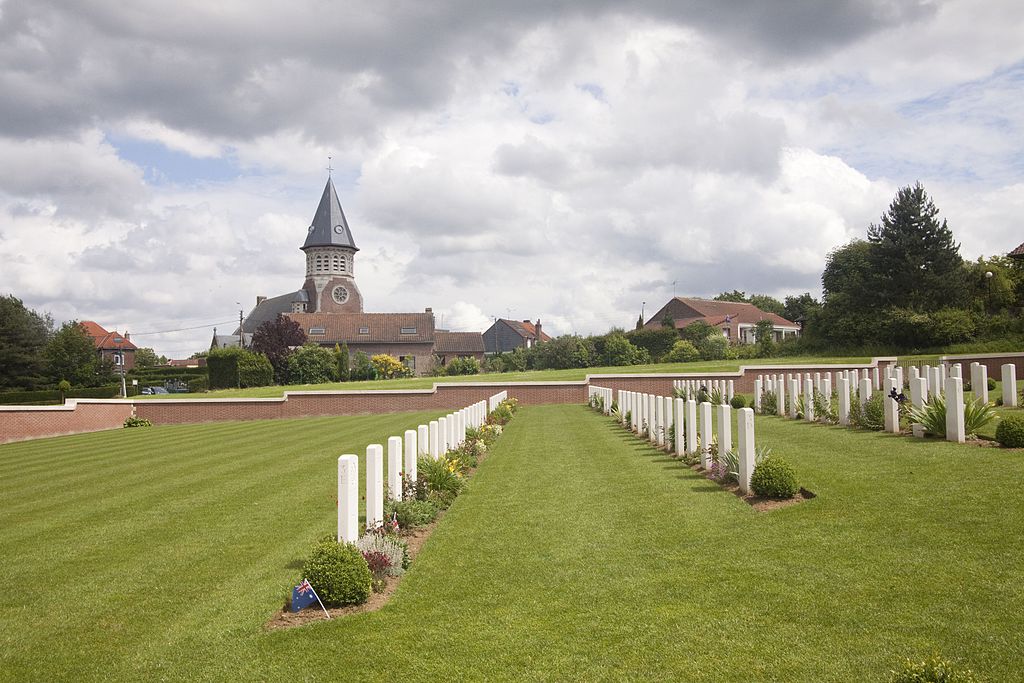 In July 2010 Prince Charles attended the dedication of the Pheasant Wood Military Cemetery at Fromelles. This is the first new one constructed in 50 years created to hold the bodies of 400 soldiers. These bodies were discovered in 2008 and through a feat of extensive DNA tests, 250 were identified and 96 Australians actually named.

The Fort de Seclin, built in 1874, formed part of the defences of Lille on the eve of WW1 and houses a dusty collection of field guns, uniforms and memorabilia from the local battle sites. 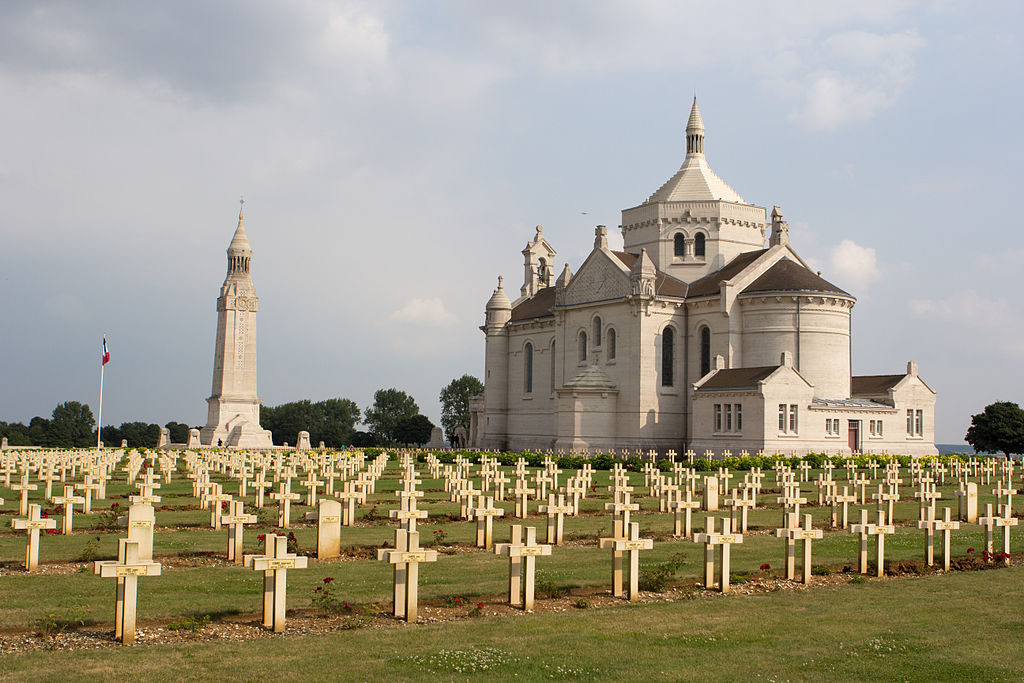 The French National Cemetery at Notre Dame de Lorette is the country’s largest with 20,000 graves. Its Mausoleum and Tower offer an impressive sight on the hill above the Artois countryside. 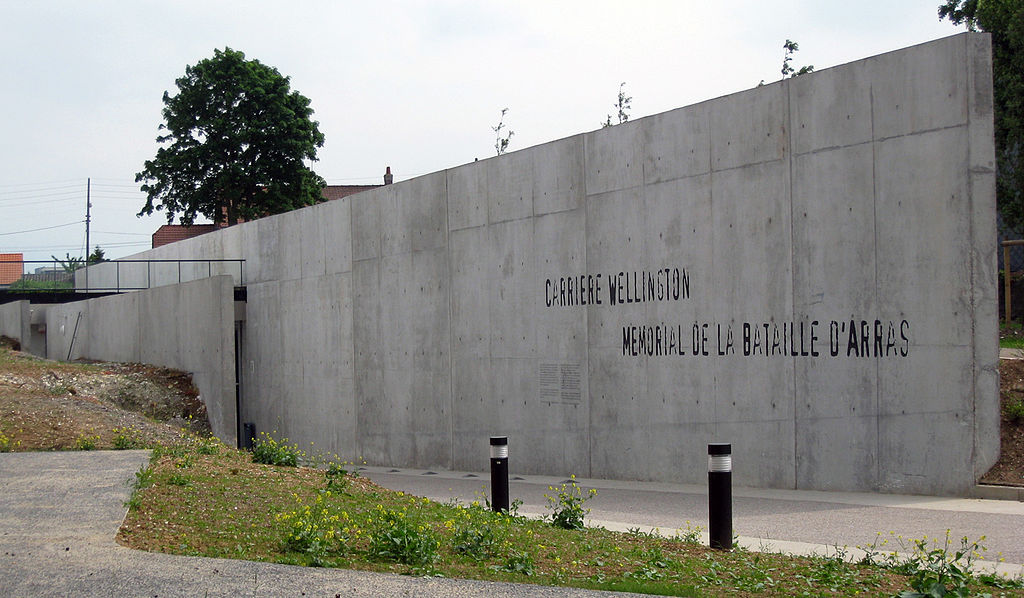 In Arras, the view from the belfry is superb. And below ground the Wellington Tunnels enlarged from mediaeval tunnels by New Zealanders in 1917 are well worth a detour. The restaurants, bars and shops, along with its Fine Arts Museum, make Arras a good city for an overnight stop.

For many of us The Somme is synonymous with mud, shattered countryside and terrible suffering. To the now-peaceful farmlands of the Somme, it’s only 30 minutes drive down the A1 motorway south of Arras.

In the 141 days of fighting from July 1 1916, around 150,000 soldiers of the British Empire forces died and 84,000 have no known grave. On the imposing Thiepval memorial, the names of 73,367 missing soldiers are engraved and amongst them is the name of my uncle: Private B.A. Reader 3623, 1st Battalion Prince of Wales own Civil Service Rifles who died in nearby High Wood on 15th September 1916. 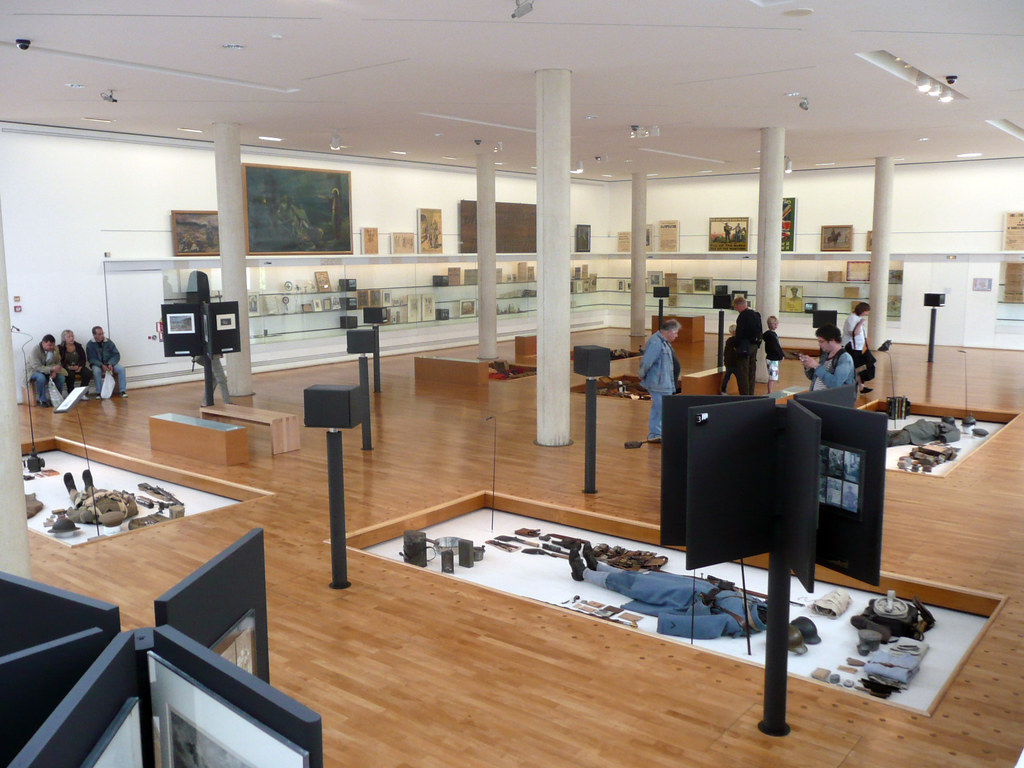 A major exhibition at the Historial de la Grande Guerre in Péronne is devoted to the sounds of the First World War. It will include military marches, national and victory anthems, funeral marches and popular songs.

There is also excellent research facilities and portrays personal objects to illustrate the theme of remembrance. It explains how the fate of so many men affected society and why the act of remembrance is so important still.

Beaumont-Hamel, near the town of Albert is top of the list for visiting Canadians. Here, on July 1st 1916, the Newfoundland regiment sustained 86 percent casualties as they stormed the infamous ‘Y’ ravine after a tremendous bombardment which failed to destroy the German defences. Canadian students provide trench tours and Travers, my guide was superbly knowledgeable and enthusiastic. 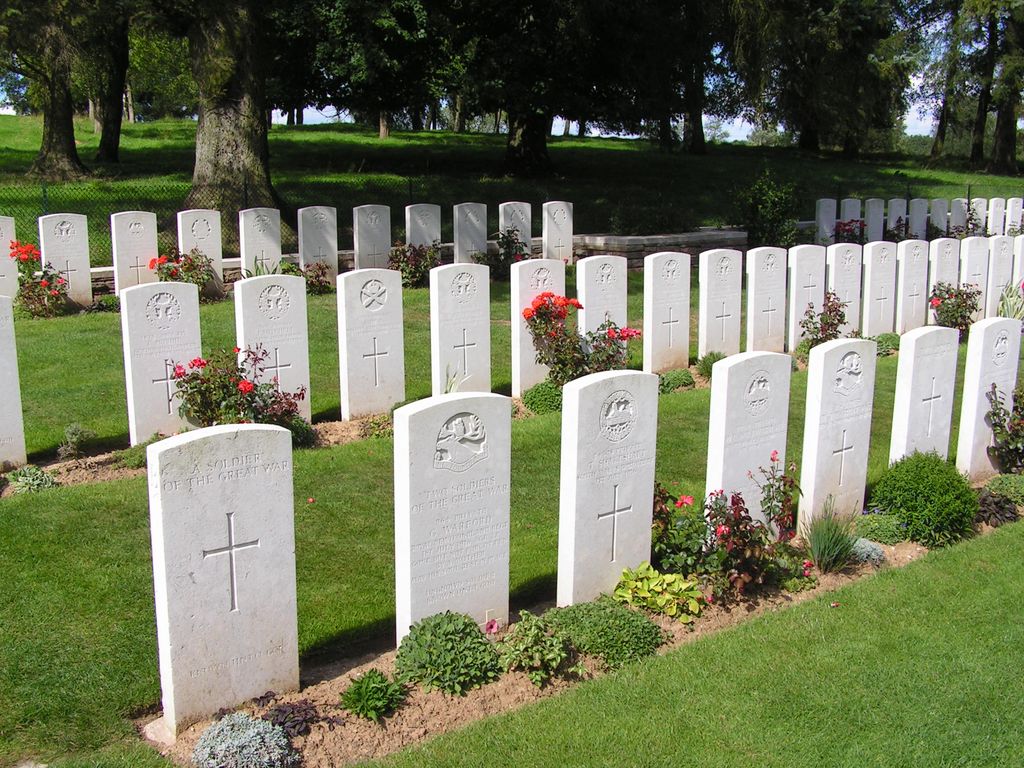 In the town of Albert there’s an underground museum full of munitions and 25 tableaux depicting trench life. Jon Haslock, an expert on the Somme, leads battlefield tours and works at the Somme Museum.

All the local sites are expecting large numbers of visitors who want to trace their relatives and explore the region, he tells us. The museum’s shop sells genuine and reproduction military items and a large selection of books.

There are footpaths across fields, where the lines of trenches still exist, and as I crossed them I could see remnants of battles in the earth – especially cartridge cases, spent bullets and shrapnel. Even heavy shells are still ploughed up and I noticed that many tractors are armour-plated underneath in case the shells detonate.

Of the 163 million shells fired by the British on the Western Front, estimates suggest that a quarter failed to explode. You’ll frequently see piles of rusty shells by the roadside awaiting collection by the bomb disposal squad. They may look old but remain dangerous and injuries and deaths still occur to souvenir hunters.

Our final visit took us into Champagne country to the Chemin des Dames, a natural vantage and great viewpoint, where a museum, the Caverne du Dragon, is built inside a quarry which once sheltered soldiers in comparative safety.

Albert: The Hotel Ibis near Albert is a good base from which to explore The Somme.

Incidentally, local bars and restaurants, hotels and even private houses often display their own collections of militaria and residents, especially the British, who offer B & B, will be happy to provide information & tours.