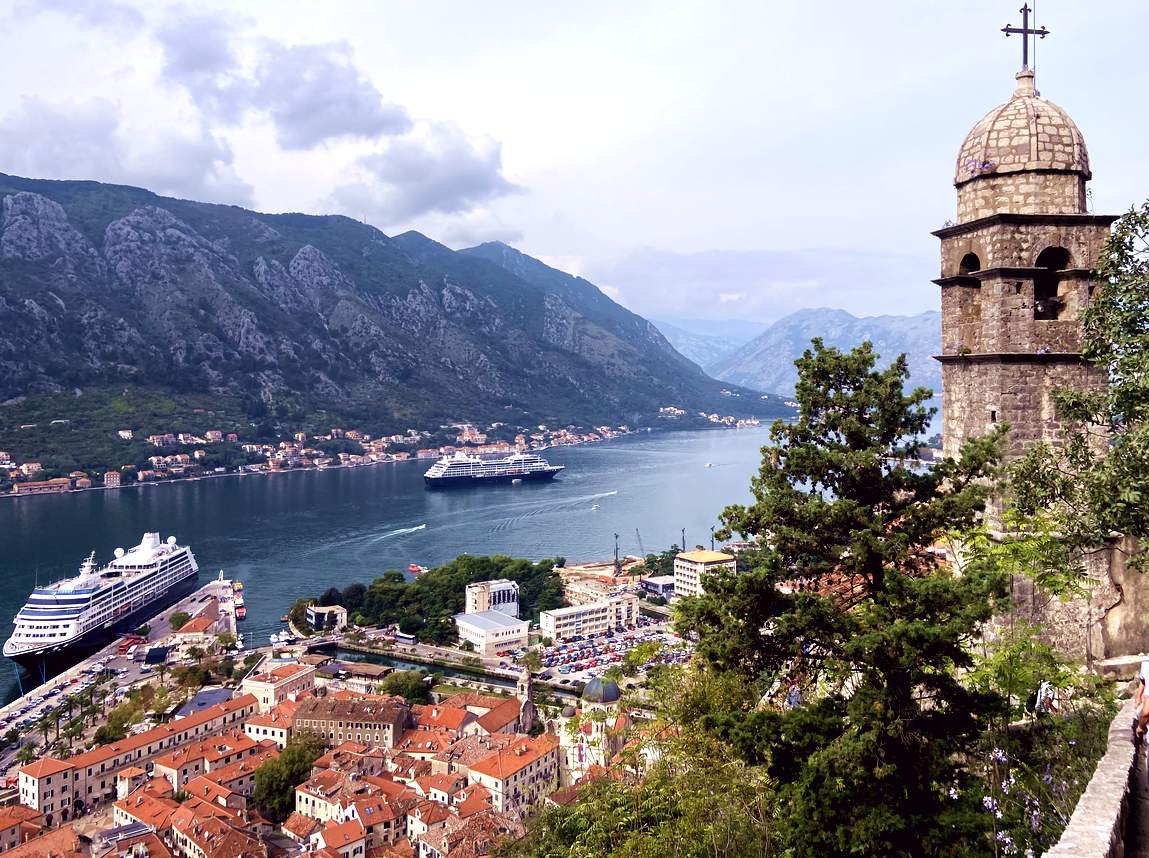 Cruises are a great way to see the world, but Azamara’s increasingly-popular “Country-Intensive” voyages are a perfect opportunity to savour a single country

So many cruises attempt to go as far as possible and see a string of nations, but it’s not always necessary to go for quantity. Most countries have a wealth of ports that are wildly different in style and attractions and Azamara Cruises, a specialist in upmarket experiences, is making the most of them.

Its Croatia Intensive voyage largely celebrated little-known places; it took in four idyllic Croatian spots, bookended by two more Adriatic delights, the city of Koper, Slovenia’s only port on a coastline of just 30 miles, and Kotor, Montenegro’s ancient town tucked away on a sunny fjord.

Azamara Quest, for 690 guests, is a ship of style, not least because it’s a floating art gallery, grand staircases lined with Andy Warhol prints, the pop art of Roy Lichtenstein, the avant-garde etchings of Willem de Kooning, Robert Rauschenberg lithographs and more.

The ship offers sensational cuisine, stylish staterooms and a vibrant pool. Here’s how it went:

We’re starting in Ravenna, the Italian town that’s growing in importance for cruises as Venice, 100 miles north, tries to shut the cruise floodgates. We don’t need to leave until 6 pm, meaning a rare treat: the chance to explore the place you’re setting off from. Known for its Byzantine mosaic art I ooh-ed at the interior of the Basilica di Sant Apollinare Nuovo, aah-ed at the colourful dome of Basilica di San Vitale – and gasped at the tiny, open, free mausoleum containing the tomb of poet Dante Alighieri, creator of 14th-century epic poem Divine Comedy.

After sailing away, we had the first taste of Azamara’s culinary magic, the Italian Chef’s Table, a seven-course delight with wine pairings in the Aqualina restaurant.

After crossing the Adriatic, it’s Koper We took a stroll around the cobbled streets and pop pop along to the charming seaside town of Piran, bobbing boats, a pretty square and a salt shop selling the local product. 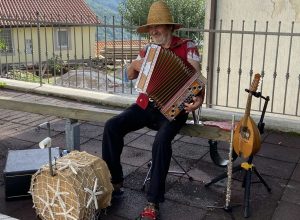 Then it’s a taste of Slovenia, the hilltop village of Padna, where we enjoy the autumn sun as a one-man band plays traditional tunes while tucking into olives, bread, meat, cheese washed down by local wine and fiery grappa.

On board, it’s an Azamazing Evening with open-air Classics in Koper. Local lamb cooked on charcoal barbecues is served as we are entertained. First is trumpeter Andree Cordova, from the house band, who plays astonishing solo Baroque pieces from Handel and Vivaldi. Then visiting singers David Righeschi and Maria Salvini, he a mini Pavarotti, she a glam diva, sing opera’s greatest hits.

Croatia debuts with Zadar, full of Roman and Venetian ruins. Not that our feet touch the ground. We’re off to the tiny town of Nin and Solana Nin, a salt museum that sits alongside acres of salt pans, low water ponds where salt is still being farmed by hand as it was in Roman times, producing several thousand tons a year. There’s also, of course, a salt shop before heading for the hills and the Royal Vineyard – given by the king to his nun sister for her convent to make wine back in 1066 – for tasting with lofty views of sea and some of Croatia’s 1,244 islands over the sea of vines.

There’s time for a stroll around Zadar and its Roman forum, joining crowds watching the sunset to the sounds of the Sea Organ, a construction of 70 pipes below the quayside that emit an eerie musical backdrop as gently lapping waves push air through them.

It’s Split, where Diocletian, the final Roman emperor, had his retirement palace on the seafront. Over the centuries, the place, the size of a small town, did become the old town as a chaos of medieval buildings erupted behind the massive walls. Only fully opened to the public a couple of years back after centuries of rubble and refuse were excavated, it’s a dark, unpolished look back to 300AD.

On board it’s glamourous Ana Rucner, a Croatian cellist with the wild-eyed vigour of Brit violinist Nigel Kennedy, tight jeans, spangly high-heels, strutting the stage playing traditional tunes and classical favourites to a rock-infused soundtrack with a synchronised film of her performing in national beauty spots.

Korcula, an island just off the mainland, is possibly the birthplace of explorer Marco Polo (there’s a plaque and gift shop outside what might have been the house). Still, fortified Korcula, the town, is a neat place with stone, traffic-free streets and 11th-century St Mark’s cathedral. We take a bicycle excursion past vineyards to deserted Vela Pržina beach, where the waters are still warm enough to swim. A quiet day and we sail away in the sunset, later catching the Lucky Boyz, a perky Filipino band who manage lively early Beatles covers alongside regular dance fare.

Dubrovnik, the mighty fortified city with walkable 1.2 mile walls (although tickets approach £30) and shiny marble streets. Although I stroll about, much of the day is taken with a very different tour. An hour along the stunning coast road is Ston, another salt-producing town, with near-five-mile walls marching up and down the mountainside, second in size only to the Great Wall of China. The restored segment from Ston to seafront Mali Ston is open, taking about an hour and much energy. 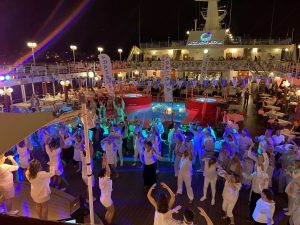 At Mali Ston we board a small boat to cruise into vast oyster and mussel beds. We moor alongside a working oyster craft and have freshly caught oysters shucked in front of us, followed (along with local wine and a nip of firewater) by mussel stew.

Back on ship, it’s Azamara’s big deck party, White Night; everyone dresses in white and dines – barbecue, clams, fish and much more – at white-clothed tables. The band plays, a string of singers and dancers perform, and the crowd dances as we sail into the night.

Having left Croatia behind we have a sunrise sail into Kotor in Montenegro, a mesmerising jaunt across a wide bay, through a narrow channel then into the fjord that looks more like a lake, surrounded by rocky peaks. More walls, and I pass through the city gate (buying dried figs from a market stall) into a world of narrow walkways and many steps, a medieval wonder. But there are yet more walls, which rise up the mountain; not as grand as Ston’s but steeper and with steps less fully renovated. It takes me 35 minutes of hard gym work to reach the top – some 900ft and 1,350 steps – and just as long to get down. Breathtaking views over scenery and ships – Azamara Journey is here too.

A mid-afternoon departure – it’s a long way to Athens – means time for a rest before dinner. Tonight’s an Indian buffet, all butter chicken and lamb rogan josh, in casual eaterie Windows, tables smartly decked out on the rear veranda, while passing Albania. 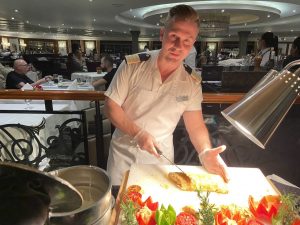 Our only day at sea, the chance to sit back in the knowledge that there were no more steps. Officers regularly interact with guests – engaging Polish hotel director Ryszard Gusmann popped up wherever we went, welcoming visitors into port, saying hellos and – a keen cook – appearing single-handedly at live cooking stations creating everything from seabass starters to custard desserts.

Even now, Azamara celebrates with a special brunch, everything from omelettes to giant shrimp with fizz accompaniment.

All’s not over, and for dinner, we celebrate at steakhouse Prime C ($35 unless you’re a suite guest) with lobster bisque and New York strip.

A transfer from the port of Piraeus, past the Olympiakos football stadium and with lots of sea views, to the airport where there’s even a museum of artefacts found while building it.

A different and relaxed approach to cruising, not spending too much time at sea, combining beautifully with Azamara’s approach to dining and entertainment.

A 17-night Norway Intensive voyage from Oslo (July 13, 2024) to Copenhagen has 12 Norwegian calls, the full length of the coast including the Lofoten Islands, as well as days cruising around the North Cape and Troll fjord, from £5,010, cruise only.