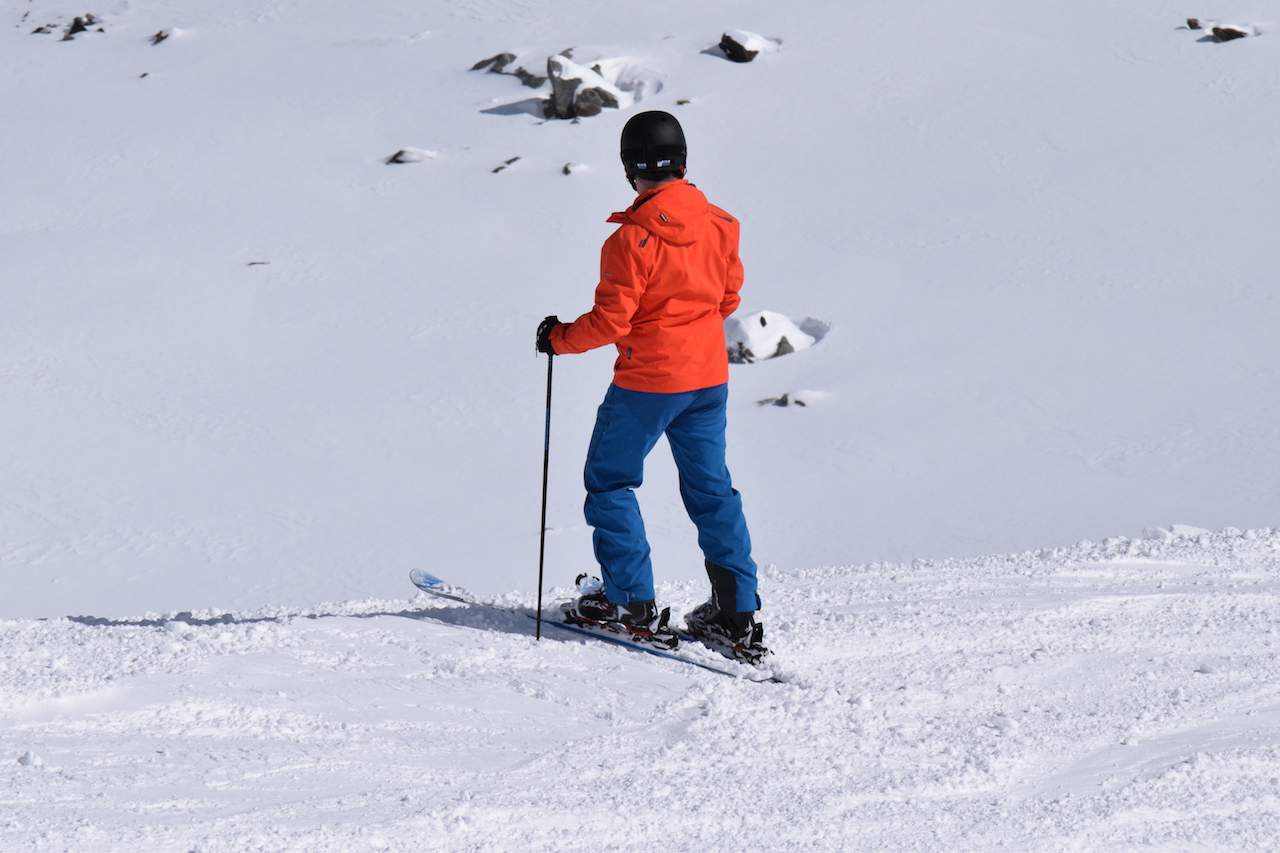 Take to the slopes in style this season with high performance ski wear which not only lets you spend all day on the piste in comfort but also stands out from the crowd during the all-important après-ski.

We sent our three skiers, Ed, Sophie, and Will, out onto the Alpine slopes of La Plagne and Olympia Skiworld to test this year’s best ski wear, from helmets and goggles, to jackets, base layers, and more.

Getting the Schoffel Obertauern Jacket (£359.99) out of the box when it arrived was a bit of a shock: mine is day-glow orange, and the room seemed to light up as a result. In bright sunlight on the slopes, however, the colour seemed a little more muted, and it’s benefit was that I stood out. You could see me half a mountain away.

Jesting aside, this is the best jacket I’ve tested in more than a decade skiing. Unlike many thicker options, the fabric doesn’t trap in sweat, and there are zipped vents in the armpits and other areas where you might expect to overheat. If you do need additional warmth (which I didn’t), you can zip a fleece or other mid layer inside. I wore it with the Jack Wolfskin Icy Storm Pants (£207), available in black or blue, and though they were a little big on the waist, they fitted well on the hips and thighs and the fabric stretched as I moved.

The Jack Wolfskin Icy Tundra Jacket (£115) also really impressed me. Normally I’d avoid insulated jackets when skiing as they tend to be too warm, but this is lightweight and breathable, probably because the side panels are made from a different fabric to the main body. The jacket is windproof and water resistant — useful if the snow turns to sleet — and it doesn’t actually look like a ski jacket. I therefore wore it off the slopes as well. 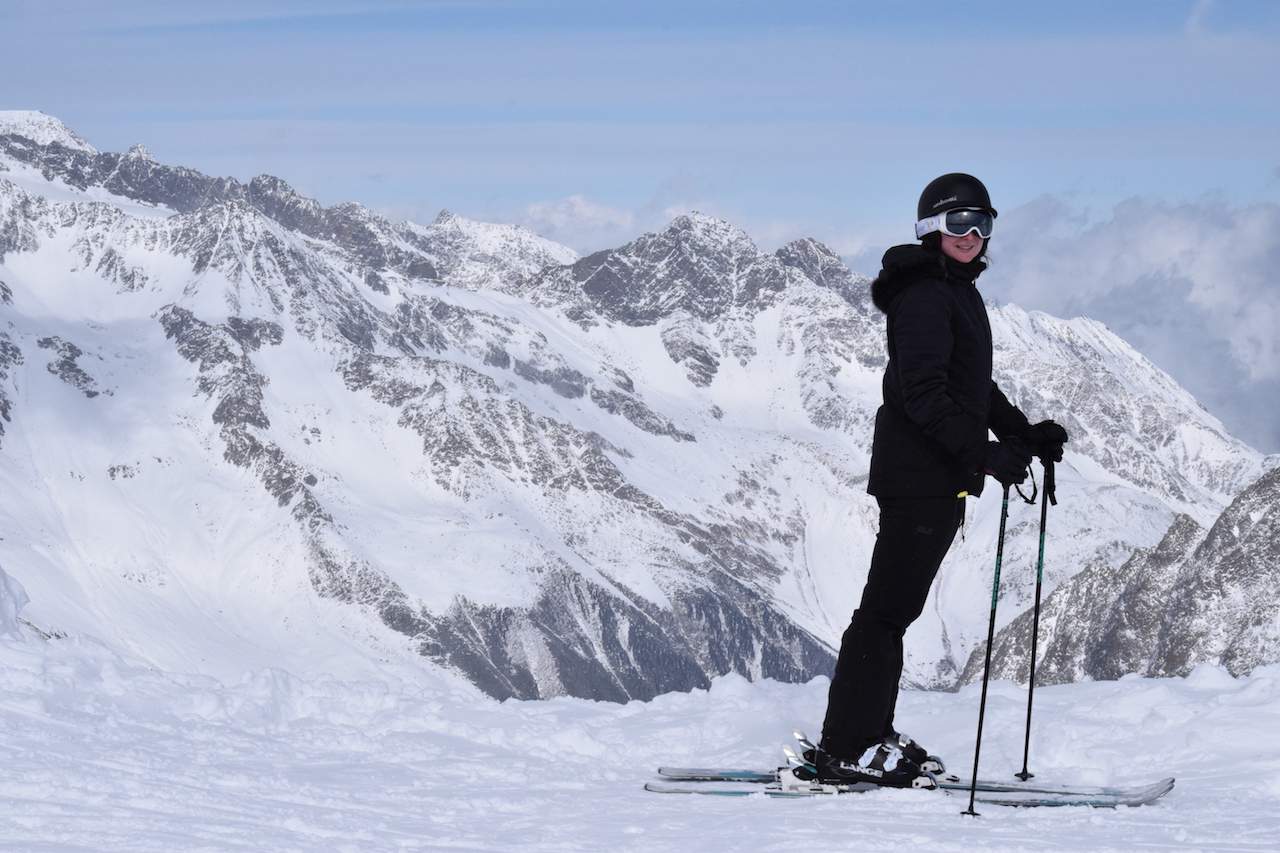 I live in perpetual fear of getting cold, especially when I’m on a chair lift, so tend to go out onto the slopes resembling the Michelin man, padded out by at least half a dozen different layers. Something about the Schoffel Montpellier Jacket assured me, however, that this would be overkill, so I braved Stubaier Glacier wearing just the Icebreaker Merino Zone women’s tech top base layer with the Montpellier over the top. Bar a particularly icy gale at the top of a lift, which went down my neck and reminded me I should have worn a buff, this combination worked a treat, and as it was less bulky than my usual ski wear, I was also more agile on the slopes.

Skiing at Mutteralm, which is much lower in altitude, the sun was shining and the air temperature was mild. Here the Montpellier would have been too warm, so I swapped it out for the Schoffel Klosters (£359.95), which acts as a lightweight outer jacket, with the Jack Wolfskin Icy Trail Gilet (£130) underneath. Both of the jackets paired well with the Jack Wolfskin Nucleon Pants (£140) which have removable elastic braces — great for keeping your salopettes up, and even better to get them down quickly when you want to take them off.

Having watched a number of people, including my brother, ski into trees, and face planted myself on rather too many occasions, I’m adamant that everyone should wear a ski helmet, however good a skier you think you are. The pads inside the Sandbox Classic 2.0 helmet (£69.95) are fully adjustable so it is comfortable to wear, and it comes in a range of funky colours. I’ve tested quite a few ski goggles over the years (including three pairs this season!) but my vote goes to Julbo Luna Goggles (£155). I have the white chameleon pair with polarised photochromic lenses, and they also have an anti-fog coating. Don’t underestimate the joy of being able to see immediately when you go from shade into bright sunlight, or of not steaming up the moment you go inside. 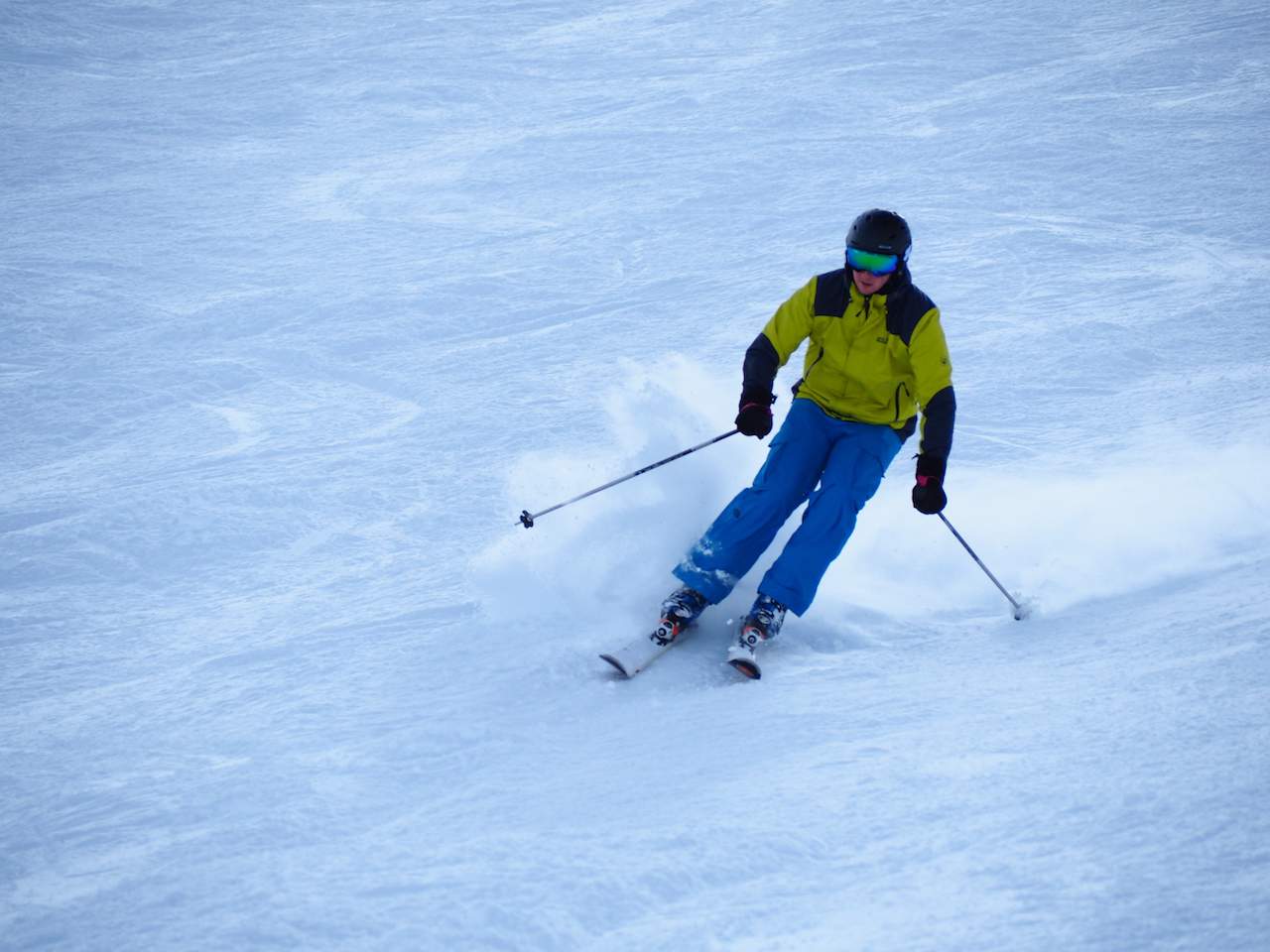 Will in the Jack Wolfskin Altiplano

I’m going to start by talking about what goes under your ski boots and clothing, because it’s your base layers which keep you warm. Rohan mixes merino wool and technical polyester in the Rohan Merino Union 150 Crew (£49), which gives the best of both worlds: it doesn’t get too hot, wicks sweat away from your skin, doesn’t smell, and is durable. The cut of the Union 150 is much neater than the other base layers I tried, so if the sun does come out and you want to strip off your jacket, you’d look perfectly presentable in just the crew top.

New skiers usually scrimp on ski socks and buy the tubes, but you do this only once. You need to buy properly designed ski socks with reinforced panels in all the necessary places, or your ski boots will bruise, blister, and bite your feet to shreds. The Icebreaker Merino Ski+ Medium OTC Socks (£25) cushions your shin as well as the instep and heel, the toe is seamless, and the socks aren’t bulky so they’ll fit even in tight boots.

My favourite item, however, has to be the Jack Wolfskin 3-in-1 Altiplano Jacket (£290). This is the jacket I’ve been looking for ever since I started skiing as a teenager. There’s an outer jacket and an inner jacket which zip together, so you’re covered for every weather eventuality. The jacket is neither heavy nor bulky, and Jack Wolfskin have included some really thoughtful features, like articulated elbows, a storm collar, and pit zips. All of the zips are waterproof, which is particularly helpful if you face plant into a snow drift and later the snow you’re covered in starts to melt. The green-grey colour option is quite different from most of what you see, and I like that, but if you’re more conservative, the black and grey combo will stand you in good stead.

What is there to see and do in Miami, Florida

Q&A: Will my travel insurance cover me for...