Bournemouth beach bans deckchairs in case people use them as weapons 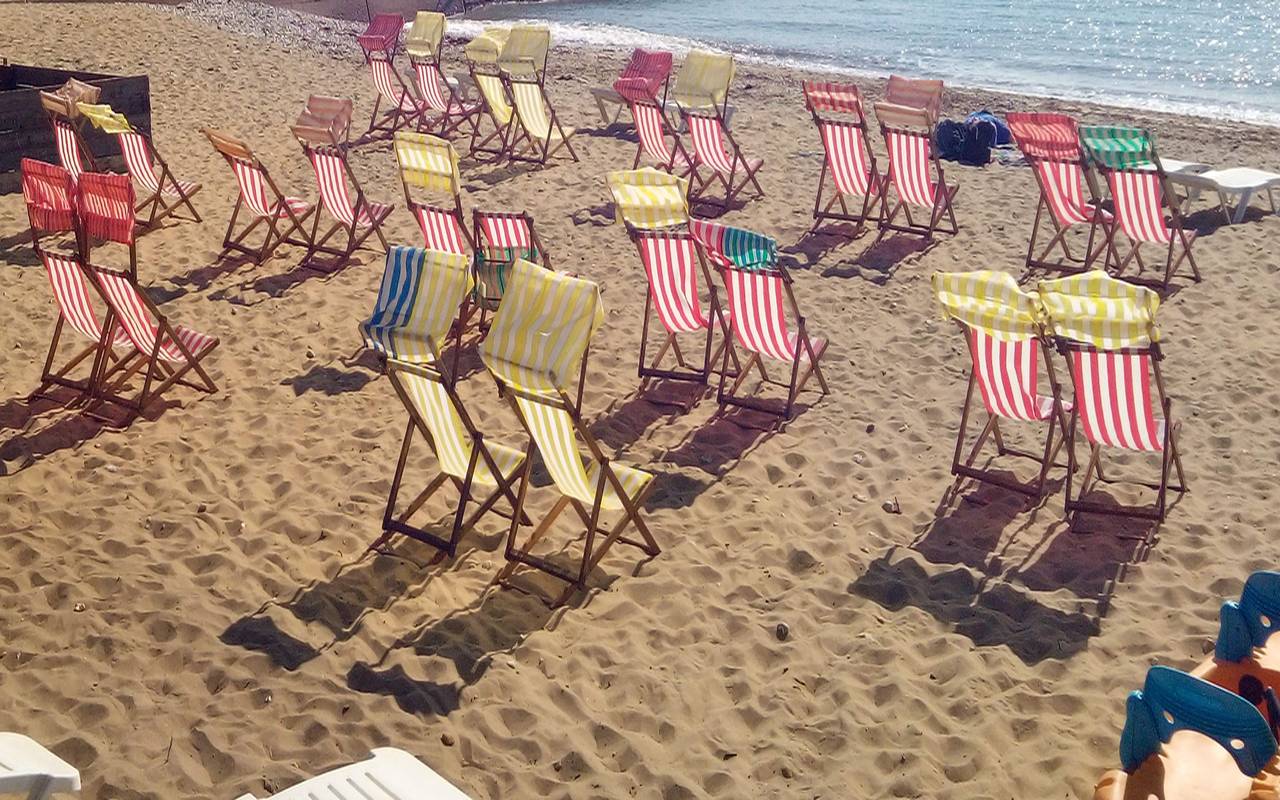 Remember those colourful yellow and blue deck chairs that have traditionally dotted the wide-brimmed soft sand Bournemouth beach every summer for the last hundred years?

There are around 3,500 of these famous council-owned wooden deck chairs but this summer they are nowhere to be seen.

The reason given by the Bournemouth Borough Council is that they might be used as a weapon. They point to a number of incidences where deckchairs were hurled between rival groups of men.

Last year a major incident was declared on Bournemouth beach after hundreds of thousands of people headed there to enjoy a lockdown escape.

“I was mortified by the stupidity of the excuse, I though they were joking”

Bournemouth Borough Council) feared for the safety of their visitors and defended the decision to ban the deckchair and sunbeds that are usually available to rent at £2.50 a pop, regardless of the hefty loss in revenue of around £200,000.

When Lib. Dem. councillor Vikki Slade asked where visitors were supposed to sit, she said a council officer told her ‘there were plenty of benches near the beach.’

“I asked the question about the absence of deckchairs and sun loungers and expected the reasoning to be because of Covid – but the response I got was that it had nothing to do with that.

“They said it was because they had anti-social behaviour last year and they were concerned about the safety of staff and the possibility of chairs being used as weapons.

“I was mortified by the stupidity of the excuse – I thought they were joking or that someone had made a mistake, so I contacted them three times but got the same response.

“When I asked about the financial impact, they said they had adjusted the budget by £200,000 – it’s just the most wasteful, lazy, and ridiculous excuse.”

A council spokesperson admitted they did not check with the police if they had concerns about deck chairs being used for attacks.

What Does it Mean to be a Business Traveller ?

Clamp down on Covid “cowboys”