England is truly a magnificent keeper of its heritage, one that lives in the bricks and mortar of these amazing manor houses. And you can visit them. If only walls could talk: 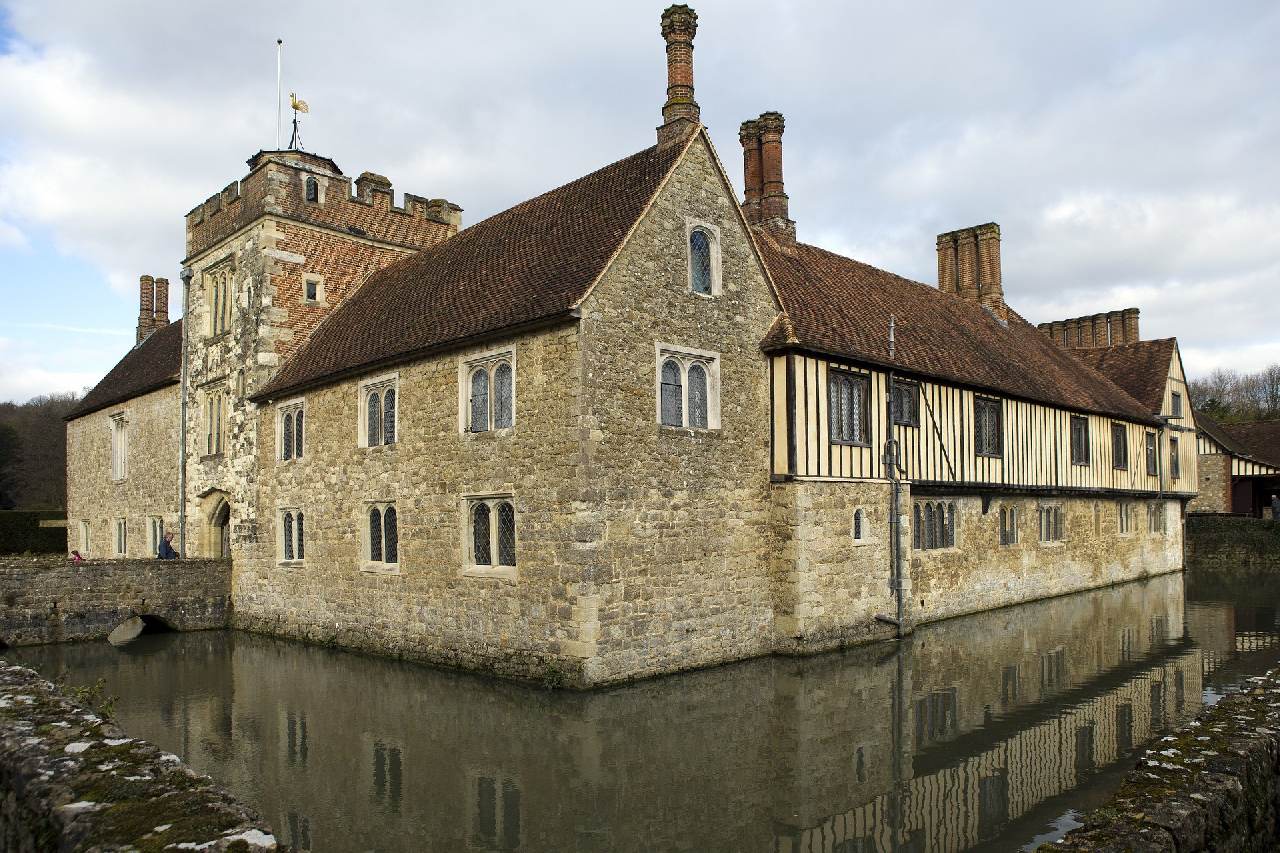 Igtham Mote, Kent was hailed by David Starkey as “one of the most beautiful and interesting of English country houses”.

Six miles south of Sevenoaks, this 14th-century moated manor house is one of the Garden of England’s hidden gems. A former home to Medieval knights and Victorian society figures, it’s surrounded by the most tranquil of gardens with an orchard, small lakes and woodland walks that meander off into the surrounding countryside.

The historian David Starkey, impressed by its atmospheric central courtyard, the house’s Great Hall, crypt, and Tudor painted ceiling, has described it as “one of the most beautiful and interesting of English country houses”.

Owned by the National Trust since 1985, it’s worth a visit for the estate that surrounds it alone. Three designated walks take in all the flora and fauna of the Kent countryside, through an ancient bluebell wood or past 19th-century hopper’s huts and even the natural spring that feeds the moat.

A particular delight is to wander south, away from the house, climb a five-bar gate and stumble across one of the most charming village cricket pitches imaginable. The English countryside at its best.

Tickets: vary but up to £11 for the whole property during peak times of spring/summer.

It’s all too easy to step into what was the childhood home of Queen Elizabeth I and imagine you’re on a film set.

The grand Jacobean manor house has served as the backdrop for scenes from major movies including Harry Potter, Tomb Raider, Shakespeare in Love and The King’s Speech.

It sits in a vast swathe of land only 20 miles north east of the capital and a few minutes’ drive from the A1, encompassing formal and informal gardens complete with a maze, a children’s farm and play area, endless acres of rolling countryside to lose yourself in and even its own 12th century church.

The house itself promises everything you’d expect; from chandeliers and tapestries to a vast library and armoury and one of the finest examples of a Victorian kitchen in the country.

But the hidden bonus here is the fabulous stable yard and the period roads and buildings that lead to it. Flanked by an eclectic mix of buildings converted from the days when the royal stud lived there, is a café that spills outdoors when the weather’s fine and sits among cobbles and a circular fountain in which children toss coins to make wishes. 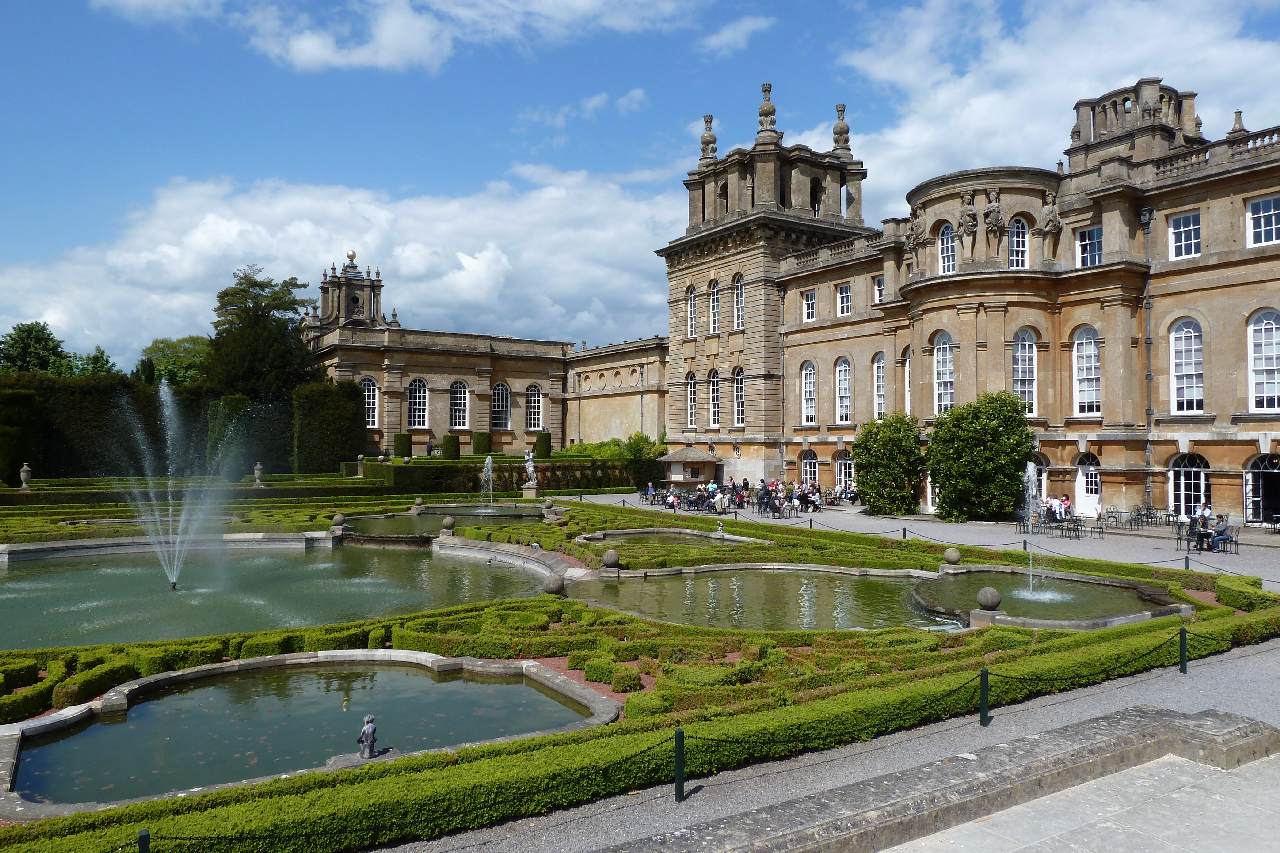 Blenheim Palace, Oxfordshire in the fairy tale town of Woodstock

Blenheim is an awe-inspiring 18th century country house in the heart of the fairy tale town that is Woodstock. It is the principal home of the 12th Duke and Duchess of Marlborough and, more significantly, the birthplace of Sir Winston Churchill.

A true Baroque masterpiece, the house, seen by many as the greatest of its kind in Britain, sits amongst more than 2,000 acres of Capability Brown parkland and the most elegantly landscaped formal gardens. There’s a miniature train that transports families to pleasure gardens with its adventure playground, tall-hedge maze and butterfly house.
But everything about the palace is vast; from its 180ft library to its 67ft high hallway.

And outside, it’s on the same scale; big enough, in fact, to host events like the International Horse Trials. So if you’re looking for room to ramble, be warned: you’ll need to be fit to enjoy it fully and have serious amounts of time.

Best time to visit? Other than Spring when the daffodils are in full bloom, it’s Christmas when for more than a month the gardens are turned into a wonderland of light to create an hour-long circular walk past singing trees, a scented fire garden and lawns set ablaze by thousands of colourful fibre optics.

This is where the Duke of Northumberland lives when he’s in London and the closest of the country houses in terms of distance from the city centre. Built in Tudor times, it underwent a thorough transformation at the hands of the neoclassical architect Robert Adam and bears many of his hallmarks. Portraits by Van Dyck and Lely hang on the walls on what is the last surviving ducal residence and country estate, in Greater London.

Only nine miles from Charing Cross, you can quickly find yourself immersed in gardens renowned for their extensive collection of rare plants and trees, all of which surround a spectacular conservatory which dates back to the 1820s and was long known for housing plants from all over the world.

There’s even a frozen spectacle that is an ice house, built over 48 hours when the lake froze over, a formal Italianate garden and a Capability Brown lake overlooking water-meadows. So, even if you don’t want to step foot inside the house, it’s worth the trip for the chance to stroll in 100 acres of parkland and among some of the most spectacular trees in the country, including ancient oaks that date back to the 1600s. 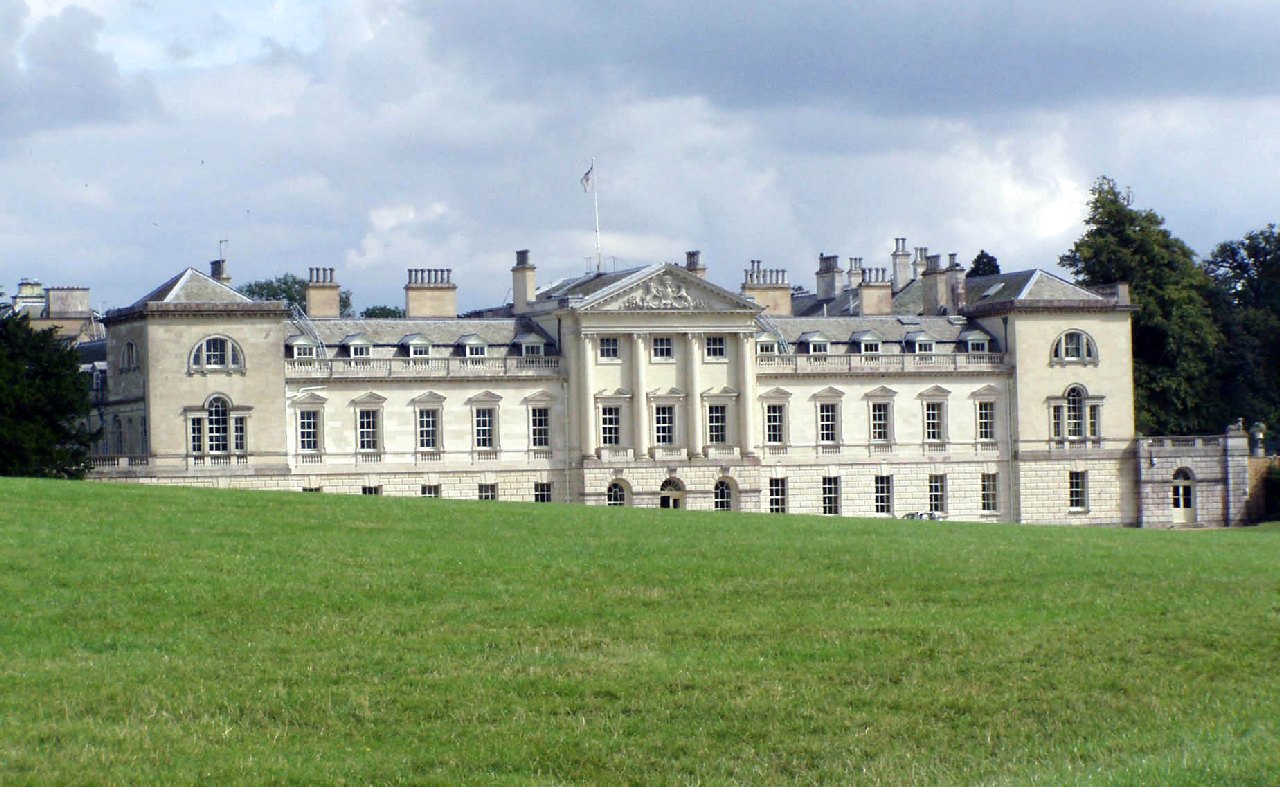 Woburn Abbey has spectacular views of the deer park

Woburn itself is about 40 minutes from drive up the M1 and about five miles south of Milton Keynes. It’s best approached from junction 12 where you can head towards Flitwick and detour off through some of the most charming villages in the county.

That’ll bring you to a small rise that opens up to spectacular views of the deer park. There’s a 20 mph speed limit to help you avoid them and enjoy the view. The Abbey entrance is on the left (the wildlife park is on the right) and, once through the entrance, you’ve a two-mile drive through the grounds, past the house, a lake and an avenue of trees to the main entrance.

Again, there’s no need to go into the house to enjoy the most relaxing of times strolling a multi-faceted array of landscaped gardens, visiting the various historic exhibitions housed in the courtyards, or taking in the scents from the orangery.

The far corner, over a wooden bridge, houses a maze and the entrance yard houses one of the most charming cafes where ducks will snap at your feet for scraps on the terrace on warm days.

Having come all that way, it’s probably worth doubling back through the deer park afterwards into the town, just for a stroll through the high street. A bonus: the car park is free.