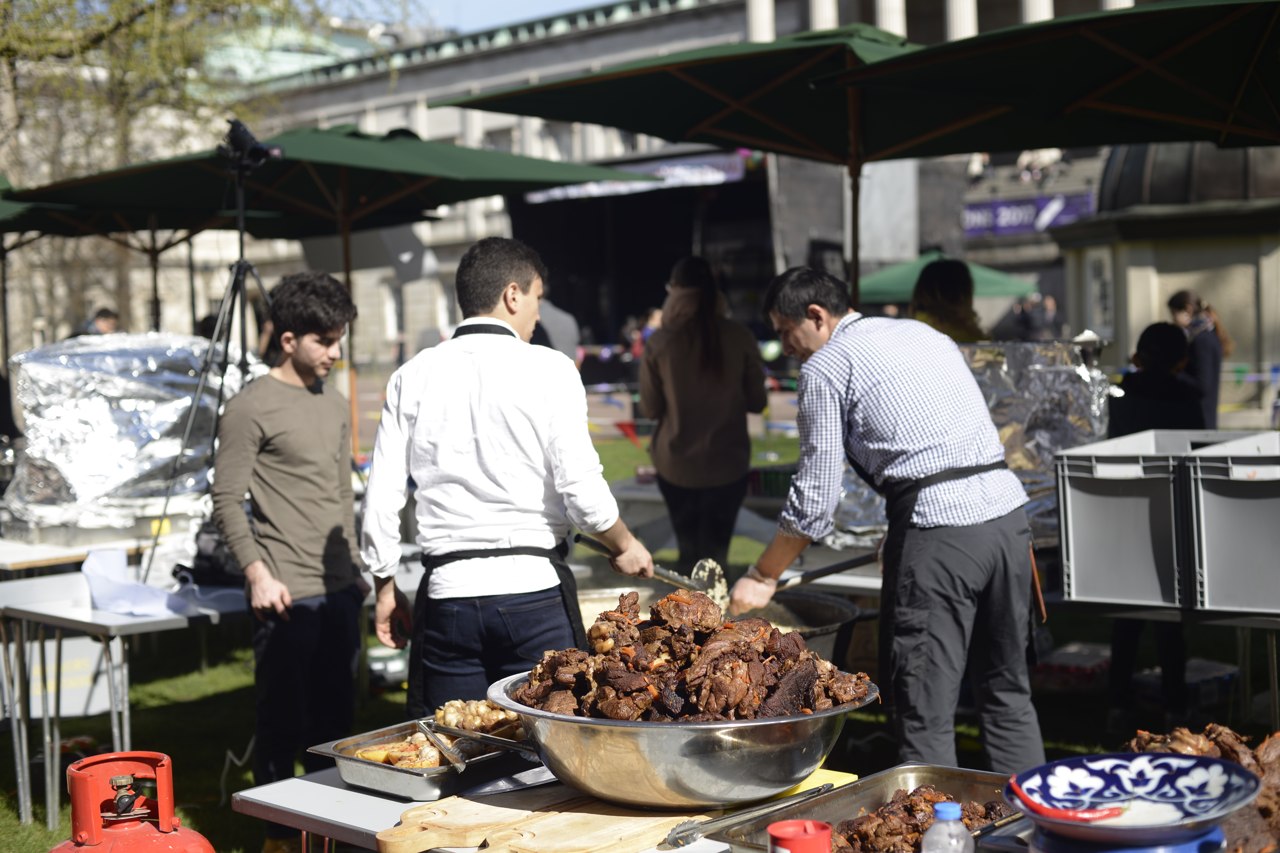 The Central Asian Spring Festival (also known as Novruz, Neuruz, Nauryz, Navruz, Novruz, Nooruz or Nowruz) is a celebration of the coming of spring, and it is widely celebrated in various Central Asian countries (and thus the spelling of the name may vary).

Historically, the significance of this holiday was at par with the celebration of the coming of a new year – the blossoming and awakening of nature was treated as the period of rebirth and a time of new beginnings.

In London, representatives of various organisations and societies combined their efforts to carry this tradition onwards. The success of this venture grew every year, and became widely regarded as the Central Asian Spring Festival in London (CASF).

The festival is represented by 9 cultures with representatives participating from Azerbaijan, Kazakhstan, Kyrgyzstan, Turkmenistan, Uzbekistan, Iran, Turkey, the Xinjiang Uyghur Autonomy and Afghanistan.

Admission is FREE OF CHARGE (food will be sold separately on site).

On the day of the event, guests will be entertained by a variety of performances, various fun cultural activities (Koresh wrestling competition, tug-of-war, backgammon championship) and a cultural exhibition.

A variety of exotic dishes of Central Asian cultures – plov, cooked by an Uzbek cook on the spot, samsa, manty, qurutob, pakhlava and much more – will also be available.