Get your glad rags on for the annual Coachella Valley Music and Arts Festival. It takes place in Indio, California in the Coachella valley and is THE place to hear both established and emerging musicians. You may also get to enjoy groups that have reunited for the event. It is one of the largest, most famous, and most profitable music festivals in the world.

The festival has its origins in the 1993 concert that Pearl Jam performed at the Empire Polo Club and today music spans rock, indie, hip hop and electronic dance music. And while there you can admire amazing artworks, installations and sculptures.

Coachella is held at the Empire Polo Club in Indio, California, located in the Inland Empire’s Coachella Valley within the Colorado Desert about 127 miles east of Los Angeles.

The next Coachella Festival takes place over two consecutive three-day weekends: 13-15 April and 20-22 April, and each weekend has identical lineups.

General Admission Pass costs $429 and allows entrance to the venue and day parking lots for all three days. Click here for more passes.

2018 music lineup includes artists such as The Weeknd, Beyoncé and Eminem. 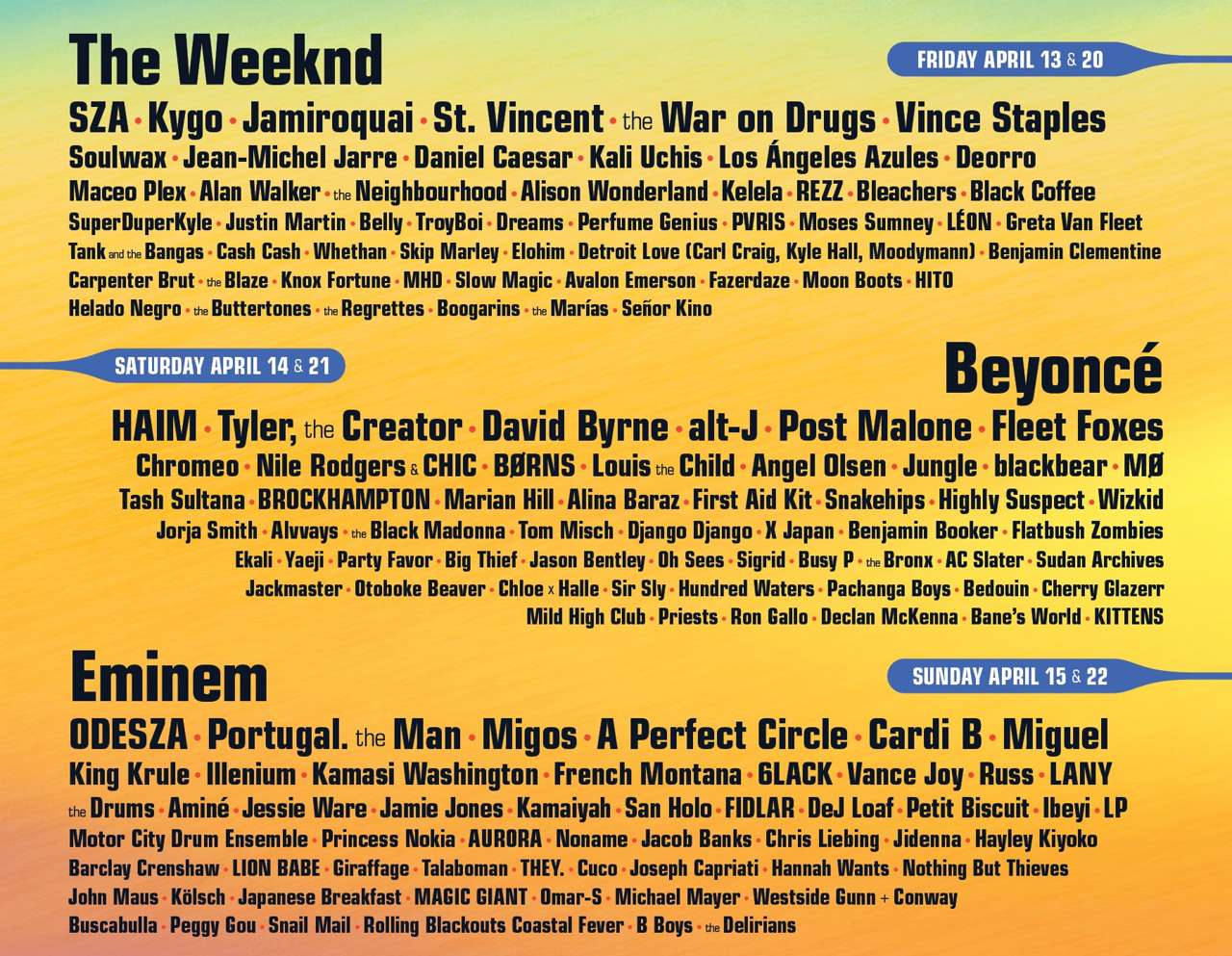