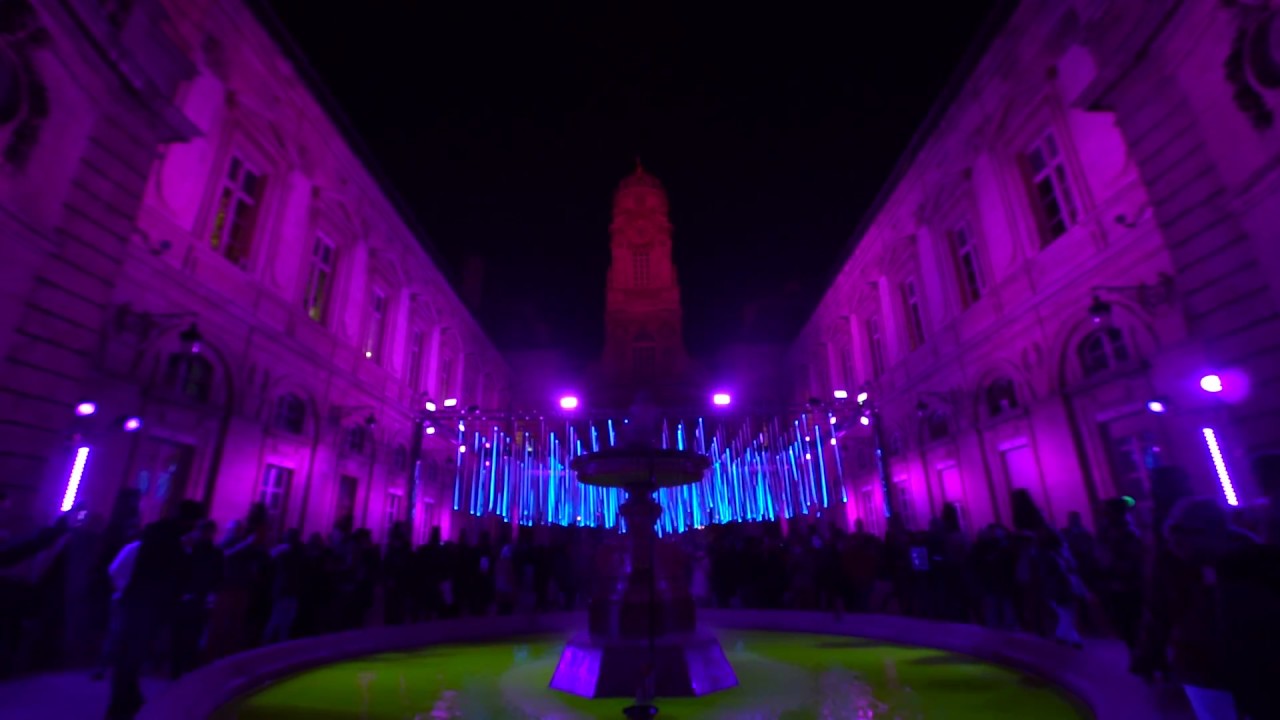 The origins of the Festival of Lights date back to 1643 when the city of Lyon in France was struck by plague. The municipal councillors promised to pay tribute to Virgin Mary if the town was spared. Ever since, a solemn procession makes its way to the Basilica of Fourvière on 8  December (the feast of the Immaculate Conception) to light candles and give offerings. In 1852, it became a popular festival when a statue of the Virgin Mary was erected next to the Basilica, overlooking the city.

Tradition now dictates that every family in Lyon keep, along with its Christmas decorations, a collection of stained or clear glass in which candles are burnt on windowsills on 8 December. Back in 1989, Lyon blazed a trail as the first French city to devise a lighting masterplan and thus illuminate, in a consistent style, more than 250 local landmarks. Over four nights, starting on 6 December, dozens of artists will unleash their imaginations as they put original lightworks on public display in central Lyon.

Near Lyon City Hall, visitors can dive into the depths of a monumental light object, while on majestic Saint-Jean Cathedral, giant flowers will be pigmented by the work of water and textures. Lastly, close to Place Bellecour, a single breath will release light bubbles. See below for the full program.

The Festival is free of charge. 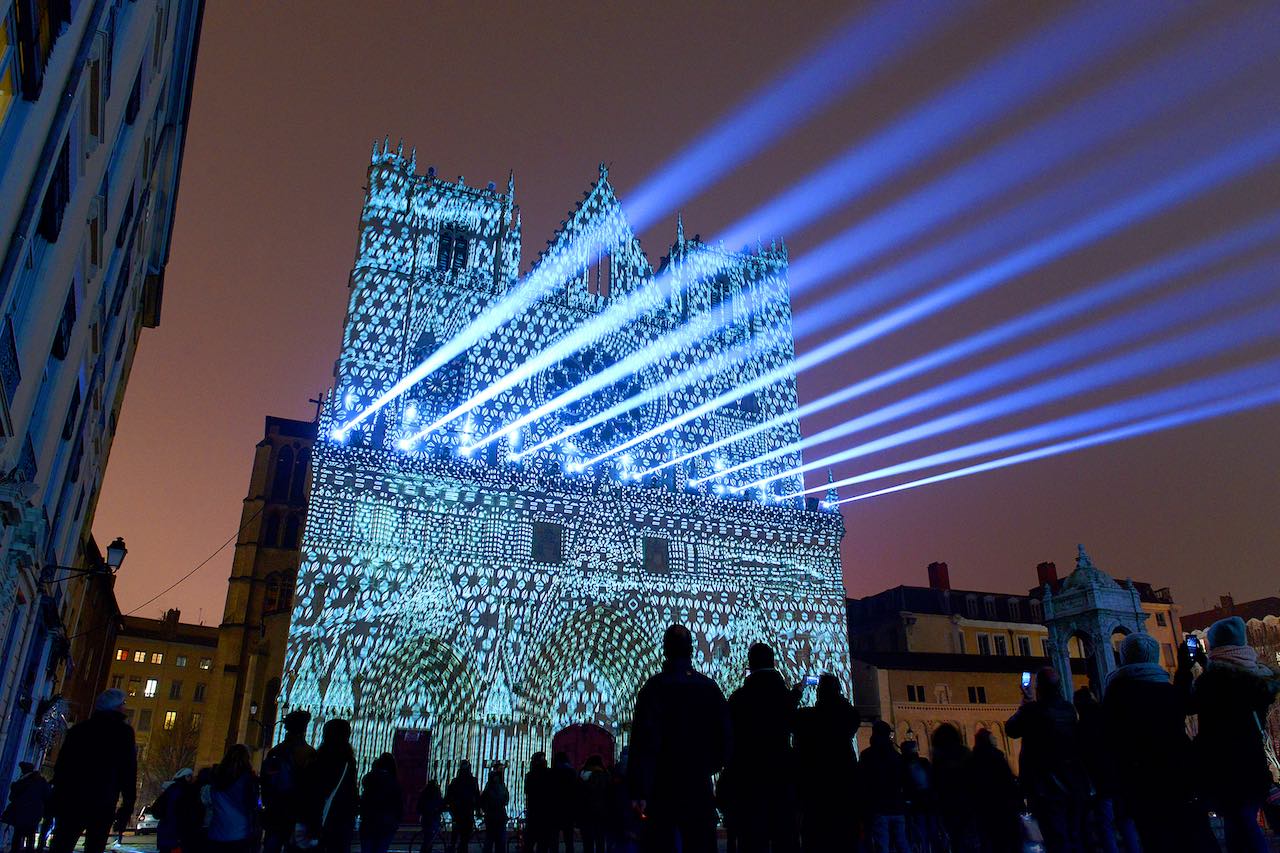 On Place Louis Pradel, the public can enter the Abyss – a gigantic creature inspired by the ocean depths. Twenty metres long and seven metres high, this interactive light structure fusesthe legendary world of Jules Verne’sNautilus and the mysterious marine life of the ocean floor. A work of shifting light, imagined by Nicolas Paolozzi, it seeks to recreate the distinctive aesthetic of bioluminescence, the amazing ability that some marine animals have to generate light in order to survive in the absolute darkness of extreme depths.

A poetic artwork is featured this year on Saint-Jean Cathedral. The Portuguese team of OCUBO will explore the aesthetics of two natural elements: colour pigments and flowers. Pigments de lumière plays with textures, shapes and colours – supplemented by lasers – to offer a poetic and contemplative mural. 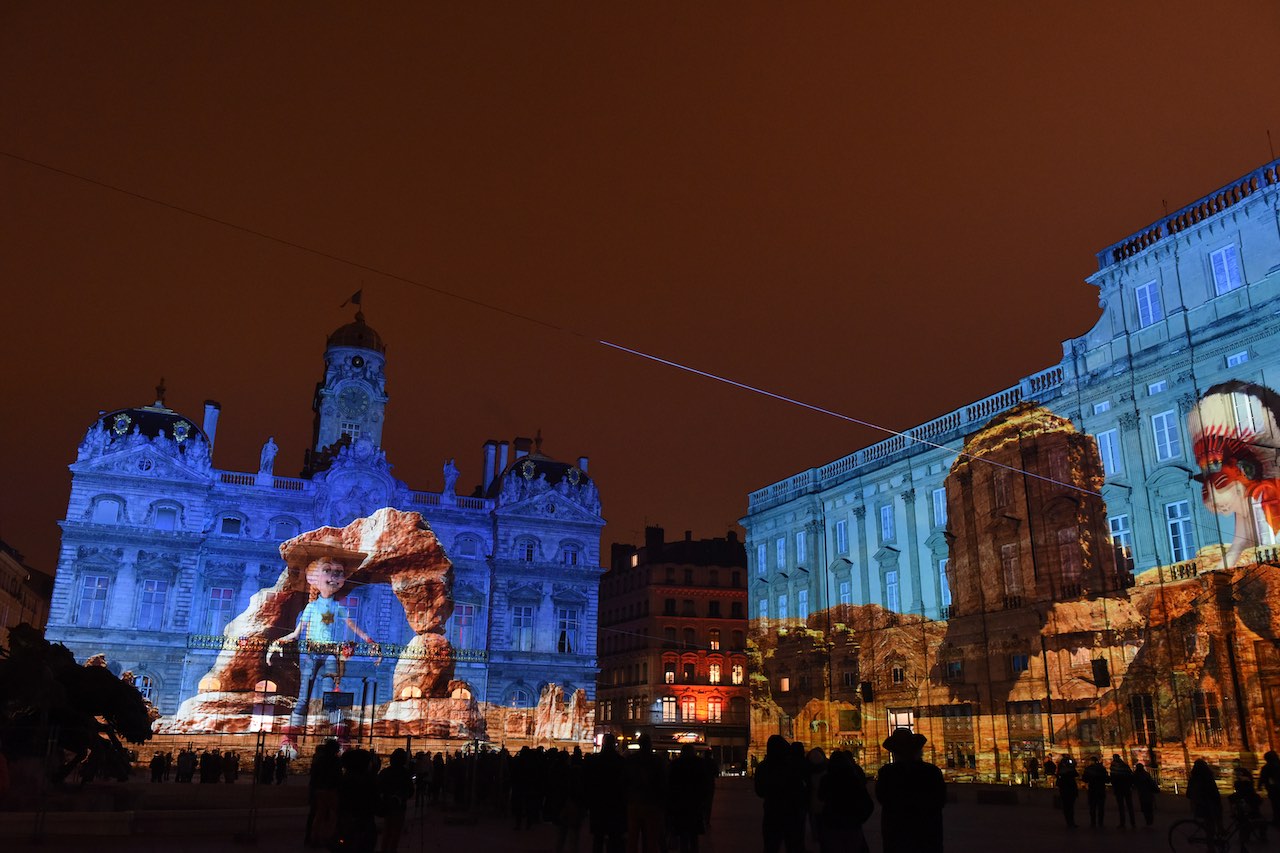 Place Antonin Poncet, a brief stroll from famous Place Bellecour, will host an interactive modular lightwork called Wish Blow. A mere puff of air will suffice to release a cascade of luminous bubbles. Inspired by the soap-bubble principle, the piece will let visitors create colourful and sparkling effects. This cross-disciplinary artistic realm, where imagery and performance meet, is explored here by Helen Eastwood and Laurent Brun.

Full program can be found on the Fête des Lumières website.