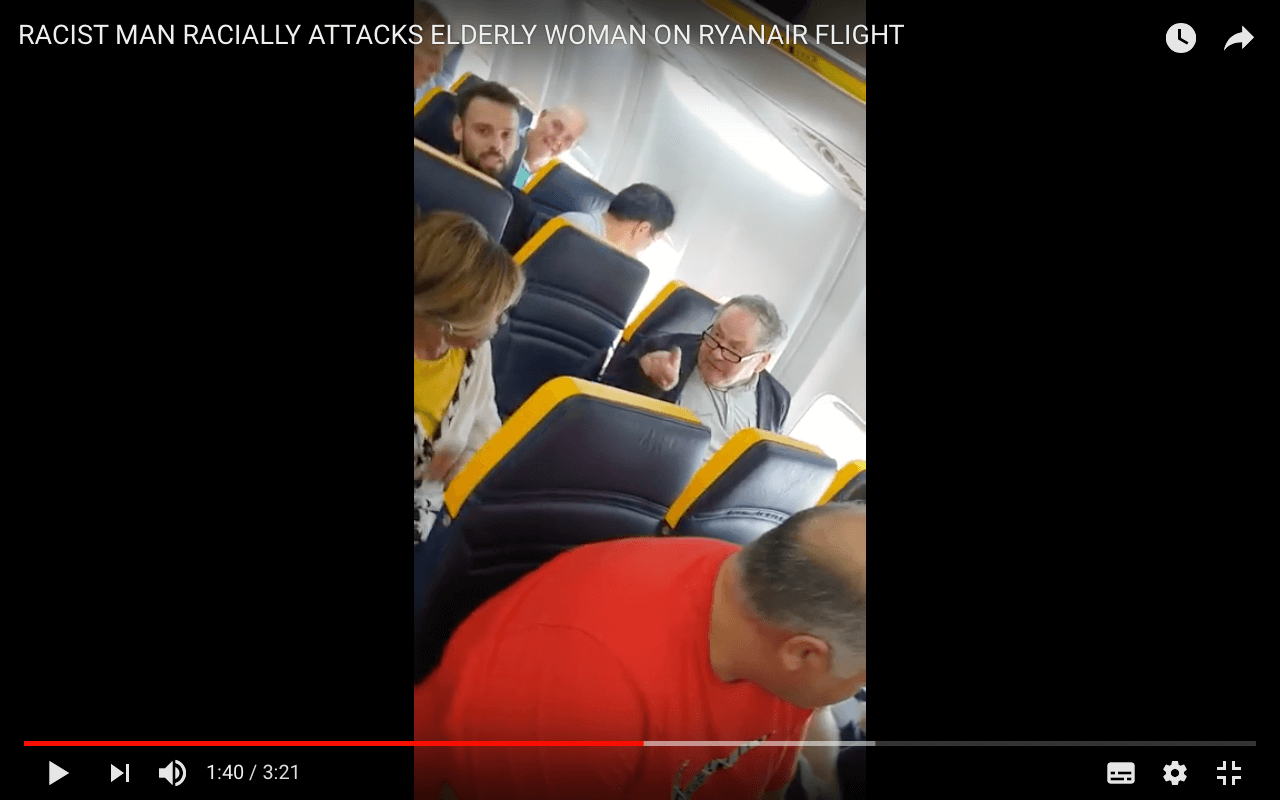 A petition calling on Ryanair to apologise and compensate a woman who suffered racial abuse by a passenger sitting next to her on a London flight from Barcelona has achieved almost 300,000 signatures in just 48 hours.

READ: An elderly and disabled woman suffers racist attack on a Ryanair flight

This petition follows a video which captured an incident on a flight from Barcelona to London Stansted last week when a male passenger insulted the severely disabled Delsie Gayle calling her a “an ugly black bastard”.

Ryanair failed to remove the man from the flight or to support Mrs Gayle. Instead she was made to move seats whilst the man was given a row to himself.

Race equality campaigner Zita Holbourne, says Ryanair should give an assurance that crew will receive better training as to how to protect their passengers better.

Though Ryanair did finally respond, many believe this came far too late. According to the woman’s daughter, who was on the same flight, cabin crew claimed they hadn’t heard the racist insults and told her to contact customer services.

Since the video went viral, Ryanair has referred the matter to Essex police and said it could not comment further.

But the petition said action should have been taken earlier:

They (the family) have been treated like second class citizens – nobody from the airline has contacted them since~the incident. Mrs Gayle reported that she is unable to sleep or eat, will never get over this incident and is experiencing depression.

In 1955 Rosa Parks refused to give up her seat on a bus to a white man leading to the Montgomery bus boycott. 63 years later Ryanair standby whilst a white man demands no black person sits next to them. This is disgraceful – please sign and share.