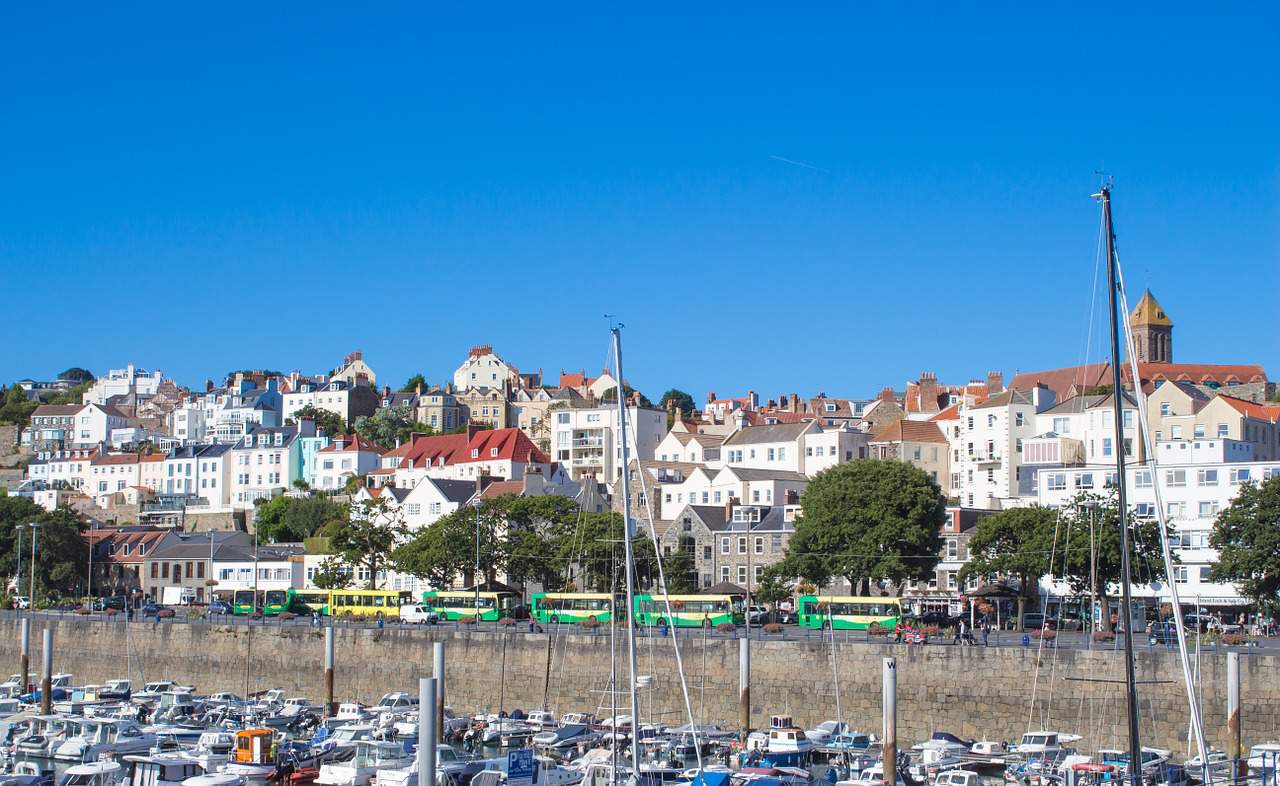 Hauteville House always looks particularly impressive as you pass by on a stroll around Guernsey’s popular but compact capital, St. Peter Port. This was the home of the famed romantic author Victor Hugo, who lived here for over 14 years during his enforced exile from France, yet inspired enough to write some of his most famous works including of course the iconic Les Miserables.

These days, ironically, the house is owned by the City of Paris, but the house and gardens are open for visitors and little has changed since Victor lived there. Who can resist a trek up to the top floor to peek into his writing room, the Crystal Room and see the fabulous views across the bay to France. So near yet so far. 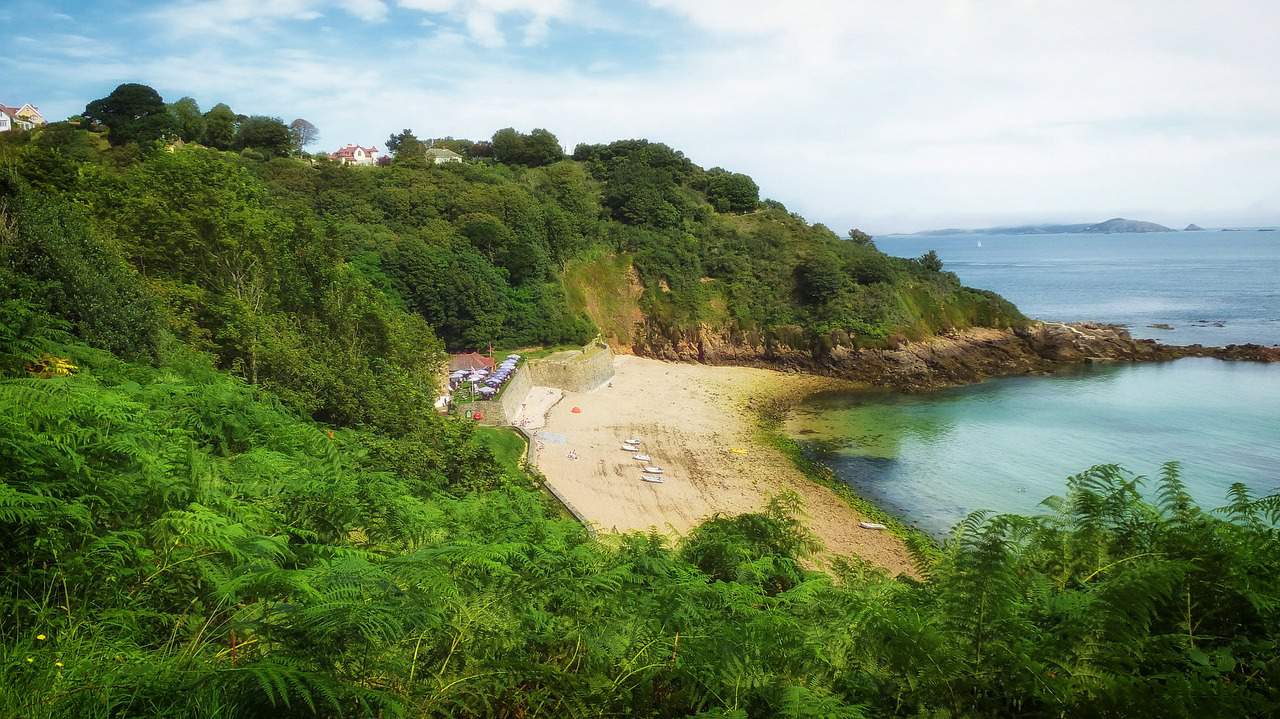 Hugo found Guernsey enchanting, particularly the coastal path to Fermain Bay which became a firm favourite, as did having the odd picnic at Moulin Huet Bay a spot also favoured by Renoir who devoted many a painting to this lovely cove.

This is the thing about Guernsey, there are diverse landscapes within very short distances; the rugged cliffs in the south, perfect for hiking along glorious clifftop paths, the sweeping bays and huge beaches in the north and west where you might be forgiven for thinking you are somewhere perhaps a little more Mediterranean and of course St. Peter Port on the eastern coast. 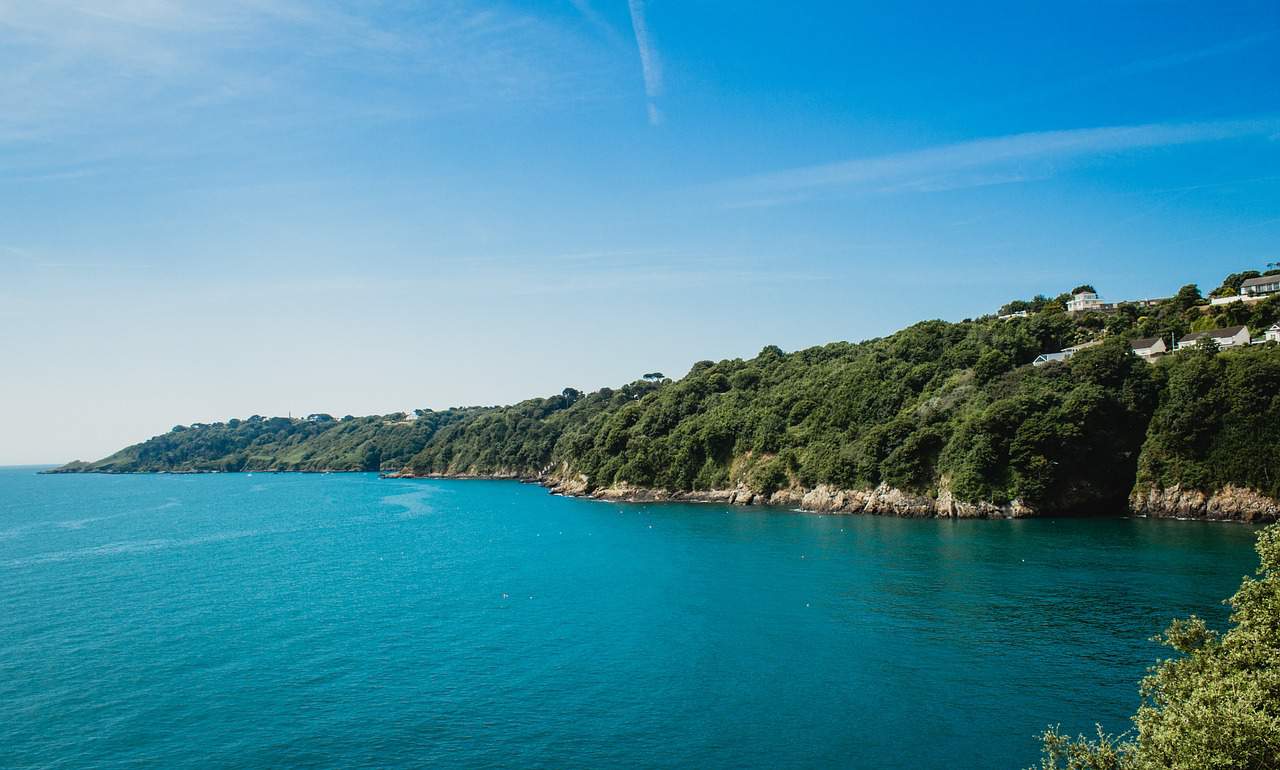 Like Jersey, its near neighbour, Guernsey was occupied for five years by the Germans during WW2, and consequently there are still many defensive remnants still intact to discover. The best bet to uncover Guernsey’s military past is to visit La Vallette Underground Military Museum in St. Peter Port, set in tunnels originally designed to store German U Boat fuel tanks.

Unlike Jersey however, Guernsey is also responsible for a number of nearby smaller islands including Alderney, Sark, Herm and there are daily ferries available to visit these delightful outposts.

St. Peter Port is a working harbour town and packs a lot into its often steep cobbled streets and seafront marina. The town centre offers plenty of tax free shopping, and as you stroll around town you’ll notice the metal nameplates of numerous off shore financial institutions drawn here to enjoy Guernsey’s low tax status.

The town is guarded by Castle Cornet, its royal fortress, a medieval sentinel that has stood on the harbour’s breakwater island for over 800 years. Guided tours of the castle and its gardens begin at 10.30am most days of the week. Public gardens are also found in abundance on the island and just ten minute walk from the capital you’ll come to Candie Gardens an excellent example of 19th century horticulture. 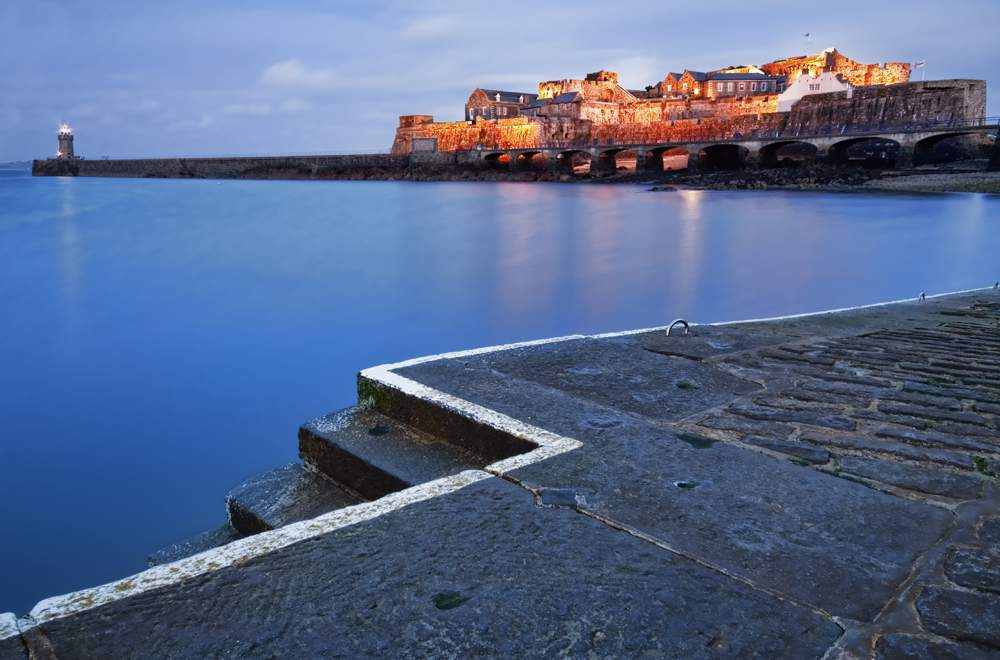 Like Jersey, Guernsey is packed with restaurants to suit every pocket and every taste. From the sea-front lined cafes and restaurants of St. Peter Port to the diverse fine dining restaurants dotted about the bays and parishes. There is a distinct tradition of island food with a nod to its Norman mainland neighbours such as the Guernsey Bean Jar, a cassoulet like haricot bean stew, the Guernsey Gache, a bread made with raisins, sultanas and peel and for seafood lovers, Ormer, a mollusc delicacy not unlike Abalone which is collected at low tide along the bays. Of course, Guernsey’s dairy herds are world-class and her potatoes are said to give Jersey’s Royals a run for their money.

Touring Guernsey you are guaranteed one thing wherever you go; spectacular sea views, after all on an island of just 75 square kilometres you’re never going to be far from the waves.