Imagine yourself on a soft sandy beach in a hidden cove perfectly proportioned in every way, just a mile or so from Saint Helier, Jersey’s capital; just you and the English Channel lapping gently on the shore.

Jersey is like that. Full of little beaches, covered coves and inlets that give you the feeling you’re somewhere much more exotic than just across from the UK, in the southern Med perhaps; and with the mild climate, the outstanding food and of course no VAT to worry about, it offers an excellent value break. It’s also small enough to explore easily, the rugged cliffs in the north giving way to the sandy beaches in the south. 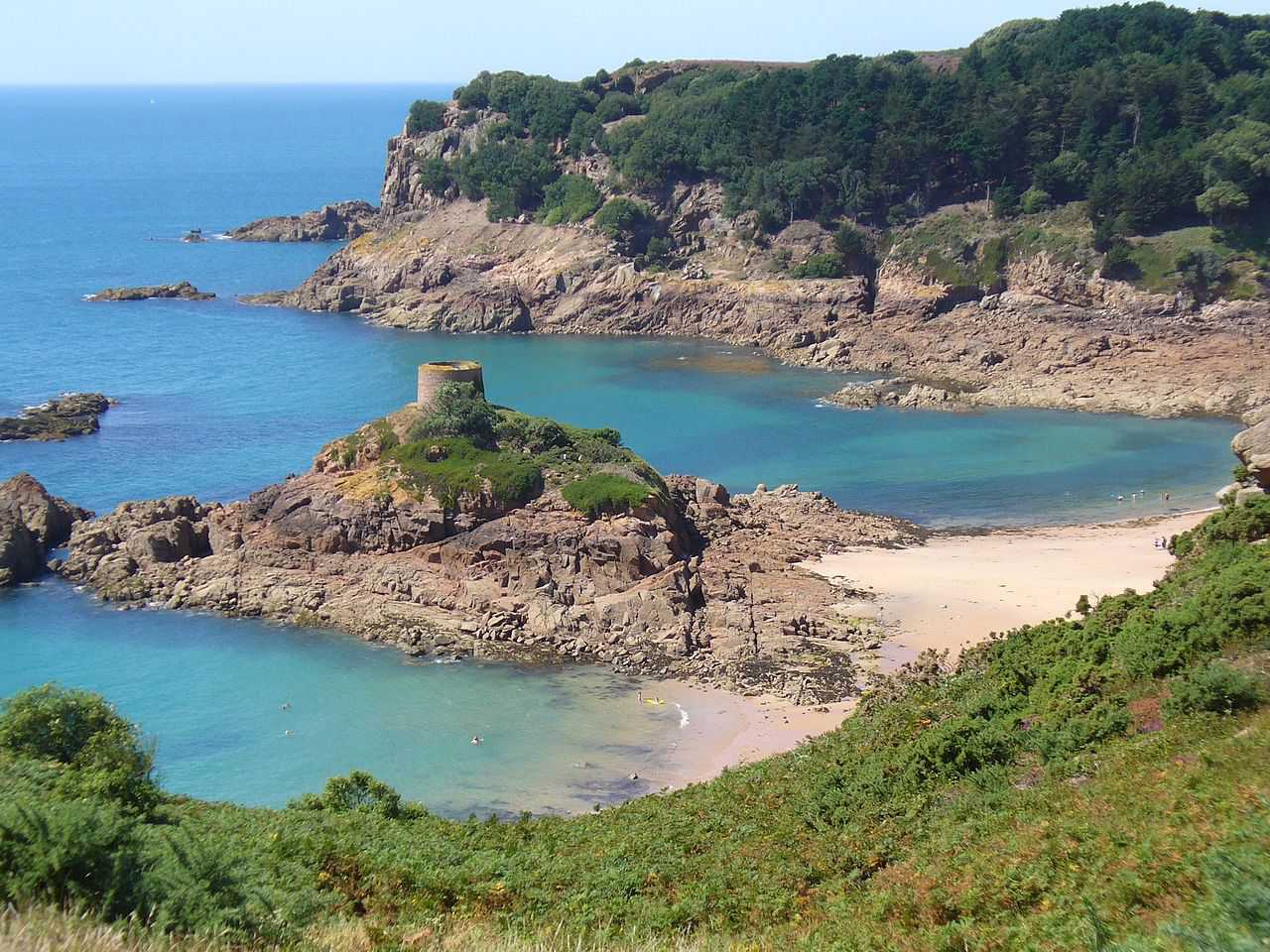 For such a small island, Jersey has plenty to discover, from wartime adventure where an allied commando force came ashore during WW2 on a secret mission to check out the German defences, or perhaps a prehistoric dwelling, something Jersey has many examples of. Though some of the island’s more illustrious off shore residents have dwellings a little more impressive it must be said.

There is an abundance of wildlife to be found on Jersey, but the remarkable Durrell Wildlife Park is another thing entirely. Here for over 50 years, there has been sterling work being done on conserving endangered species ever since author Gerald Durrell founding vision was realised. Here all manner of creatures from orang-utans and gorillas to fruit bats are passionately and lovingly cared for.

In the past, Jersey might have been perceived as a rich man’s playground, a retreat for well to do families taking their summer hols whilst presumably keeping a local eye on their savings or living there to enjoy low tax status. Today though, Jersey is fast becoming a highly affordable gourmet destination, the result of a clutch of highly talented chefs and entrepreneurs eager to extract as much out of Jersey’s natural bounty as possible.

Shaun Rankin is an excellent example; a Michelin star chef, finalist in the BBC’s Great British Menu competition and the inspiration behind Bohemia, one of the finest restaurants on the island and part of the 5 star boutique Club Hotel. Their prime focus is on flavour and freshness, where food can get from the field to the fork in 10 minutes, something a lot more challenging for a mainland based restaurant.

Shaun now has Ormer, his own restaurant in central St. Helier, whilst Bohemia is in the very capable hands of fellow Michelin starred chef Steve Smith. 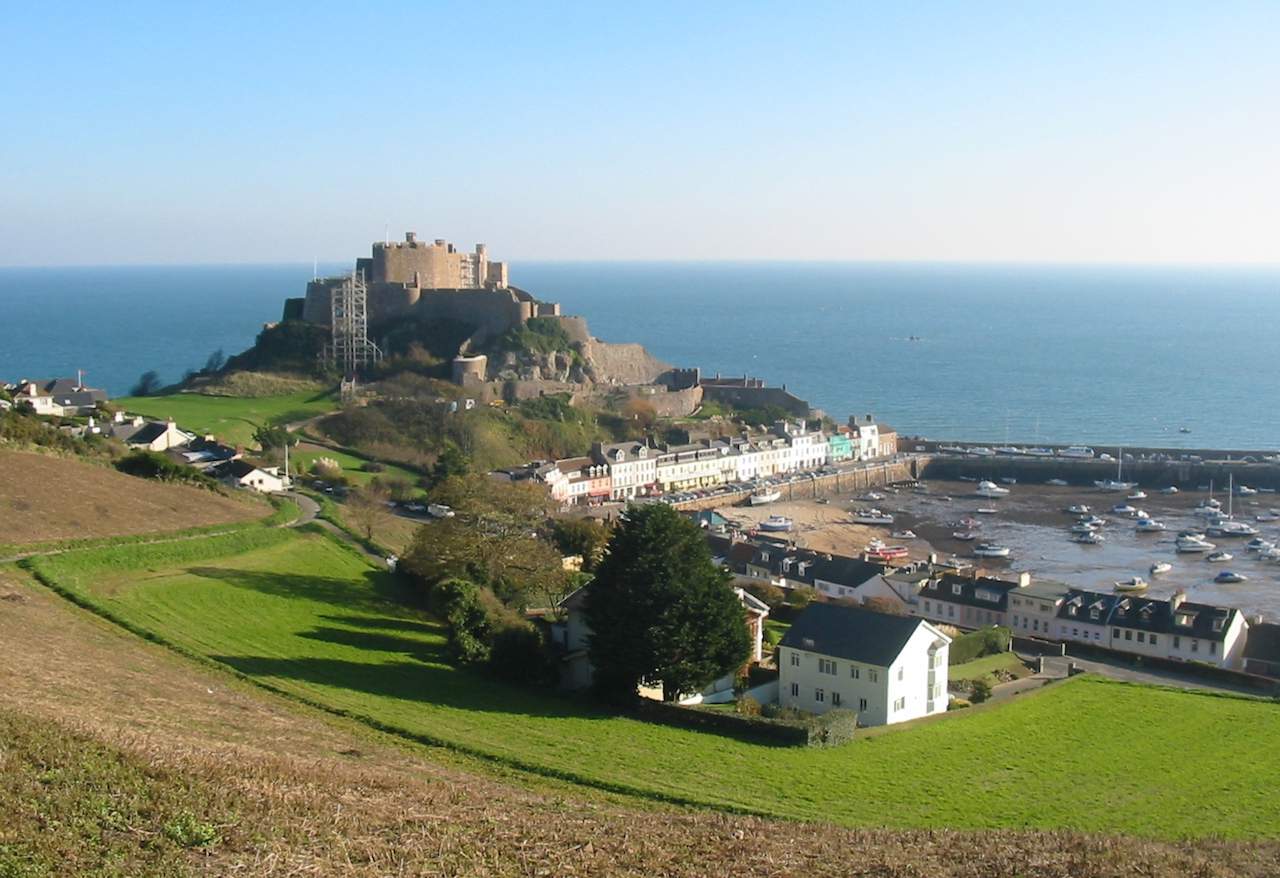 Castle of Mont Orgueil overlooking the harbour of Gorey in the parish of St. Martin, Jersey (c) wikimedia/Man vyi

Jersey is literally bursting with historic landmarks and fortifications, a legacy of its strategic position and French connections such as the 13th century Gorey Castle and Elizabeth Castle in St Aubin’s Bay not to mention the German occupation during WW2. There is much to learn about in this regard at the War Tunnels which were once the infamous Underground Hospital the Nazis built in preparation of England’s invasion. Liberation Day each May is the most significant festival you’ll find on the island, although the colourful Battle of the Flowers in August and the International Motor Festival in June are well worth keeping in your diaries.

Talking of festivals, chefs Shaun and Steve and many of their like minded peers are the driving force behind Jersey’s annual May Food Festival where the emphasis is on showcasing Jersey’s local producers and talented chefs delivering affordable menus to as many people as possible domestically and internationally. After all, with its potatoes and cows, Jersey has world class status, so why not milk it for all its worth so to speak.

I have been writing about world travel for over 20 years. I am the founder and Managing Editor of Trip Reporter, a travel site written by professional travel writers. I contribute regularly to national press, consumer and airline magazines and travel web sites. I am also the Travel Guru on BBC radio’s Late Show and present Where in the world is Andy most weeks, a fun quiz where listeners try to guess just where in the world he is! I have appeared on BBC 5 Live and BBC News 24 and I'm a featured writer in the book 1001 Escapes to Make Before You Die. I also regularly lecture on world travel destinations for the Victoria & Albert Museum in London and provide consultancy services for hotels and tourist boards.