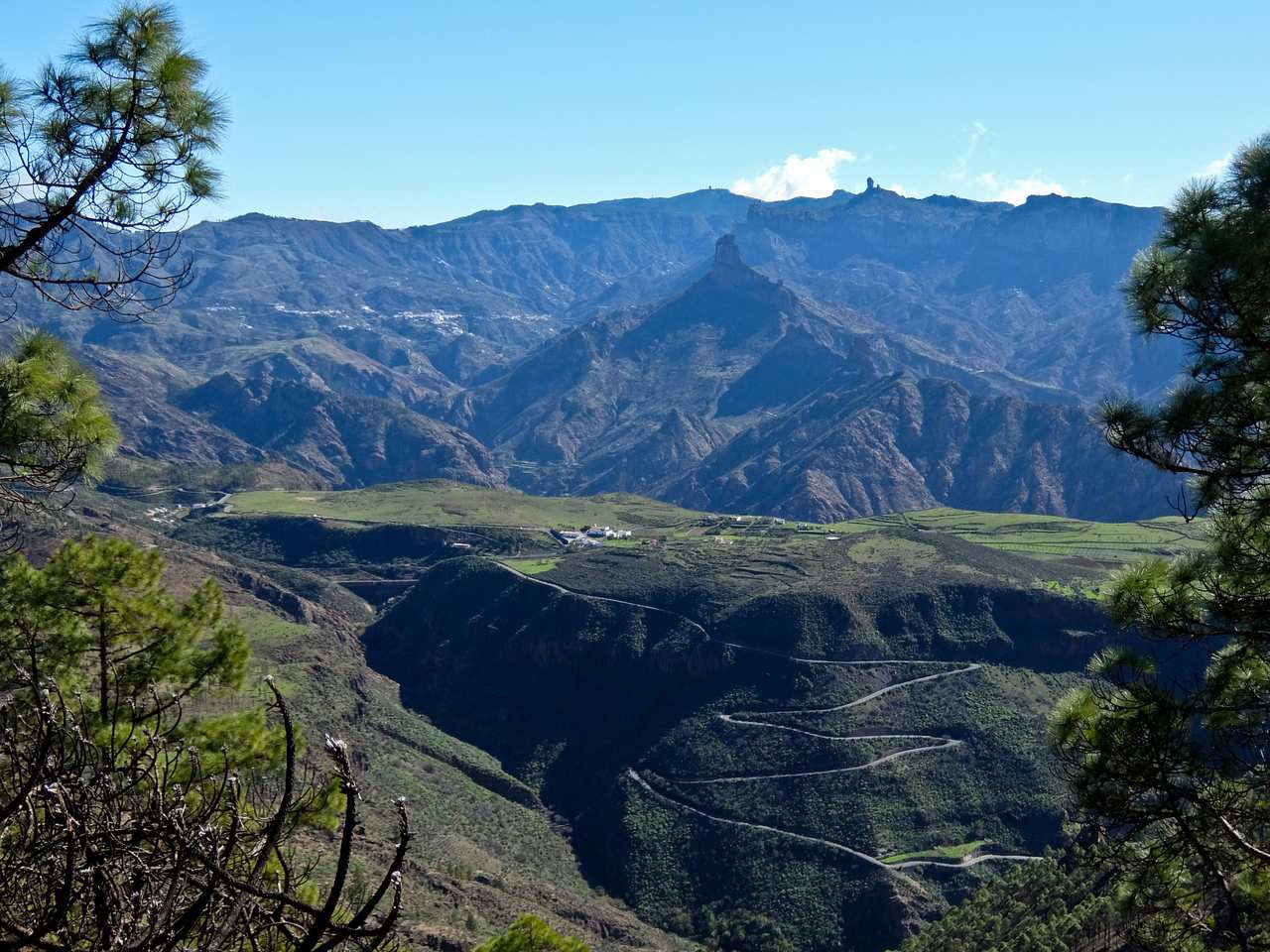 The big surprise of Gran Canaria is how unspoilt it actually is but you’ll need to hire car to explore properly. Most tourist development is concentrated in the south and the interior is almost empty, populated by extinct volcanoes, rugged peaks rising almost 2000m, deep ravines and indigenous pine and laurel forests.

It’s been designated a World Biosphere Reserve because of its unusually rich ecosystems containing more than 100 unique species of plants. The varied topography hosts a series of micro-climates, like a “continent in miniature”.

The island’s mountainous interior, La Cumbre or summit, was crafted by millions of years of volcanic eruptions and erosions. One particularly violent explosion created the Caldera de Tejeda, a crater 18km wide, when the centre of the volcano sank. It’s now a paradise for cyclists and walkers, with Roque Nublo and Roque Bentayga, two freestanding volcanic pillars, dominating the horizon.

Everywhere you’ll find evidence of the original inhabitants, the Guanches who failed to resist the Spanish conquest. Near Santa Lucia, in the south-east of the island, is Fortaleza Grande, a huge craggy outcrop, the site of their last battle, in 1493. It’s said they threw themselves off the top, rather than be captured and the excellent visitor centre tells the unfortunate story.

DNA evidence suggests they were Berbers from North Africa, who arrived around 100AD and lived peacefully until the arrival of the Spanish in 1483. There’s no evidence of boats or navigation skills and some theories suggest they were brought here by the Romans, deported as a troublesome community. The Spaniards found a race of blonde, blue-eyed people and, although many were killed, present-day Canarians still have a large percentage of their DNA in their blood.

I start at Cruz de La Laguna, at almost 900m, and follow the Valleseco road turning right onto the SL-02 for the Barranco de La Virgen. After a slight descent, the path climbs steeply to Zamora and passes through Carpinteras, just a cluster of houses before descending again.

At El Cercado a map board tells me that I’m at the Barranco de La Virgen and I follow the track through groves of lemons and oranges dotted with traditional farmhouses, the sides of the canyon getting steeper.

At another map board, a path leads upwards to the right, following a cluster of roads, back to La Laguna. This is a pleasant walk in lush fertile surroundings.

I go down a stone-paved path which winds past several cave houses in Acusa Seca. Huge cliffs to my right are honeycombed with more caves, occupied since 400AD by the Guanches. 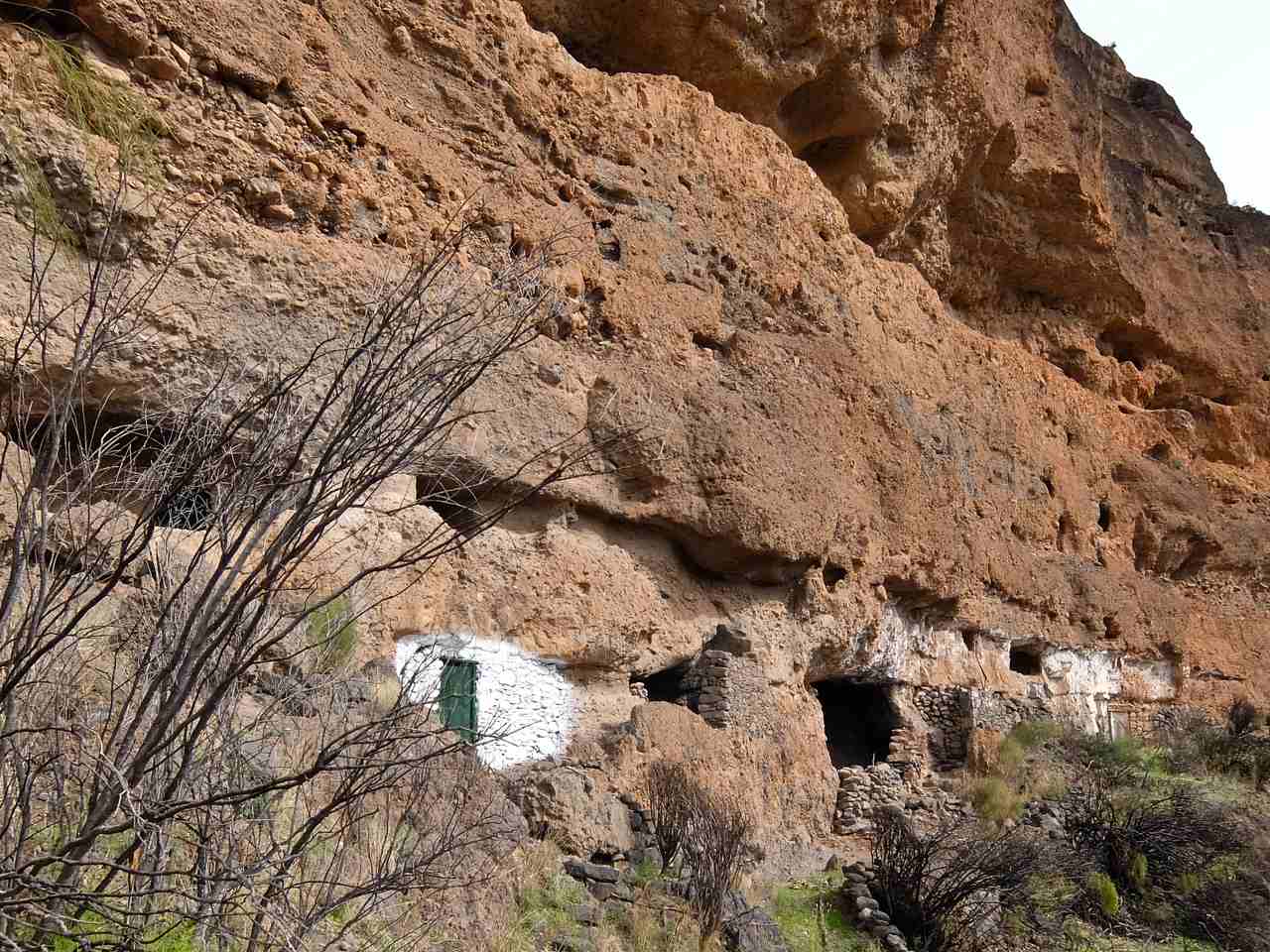 I reach Vega de Acusa and its attractive church of La Candelaria before continuing down the road back to the car park near Acusa Seca. It’s fascinating to see the cave houses, but there’s a lot of road walking.

The mist is still hovering around the mountains when I start at Degollada Becerra but it soon clears as I climb up to Pico de las Nieves, Gran Canaria’s highest peak at 1949m.

A radar station prevents me reaching the very top but I continue on a pleasant more or less level path to reach La Goleta. 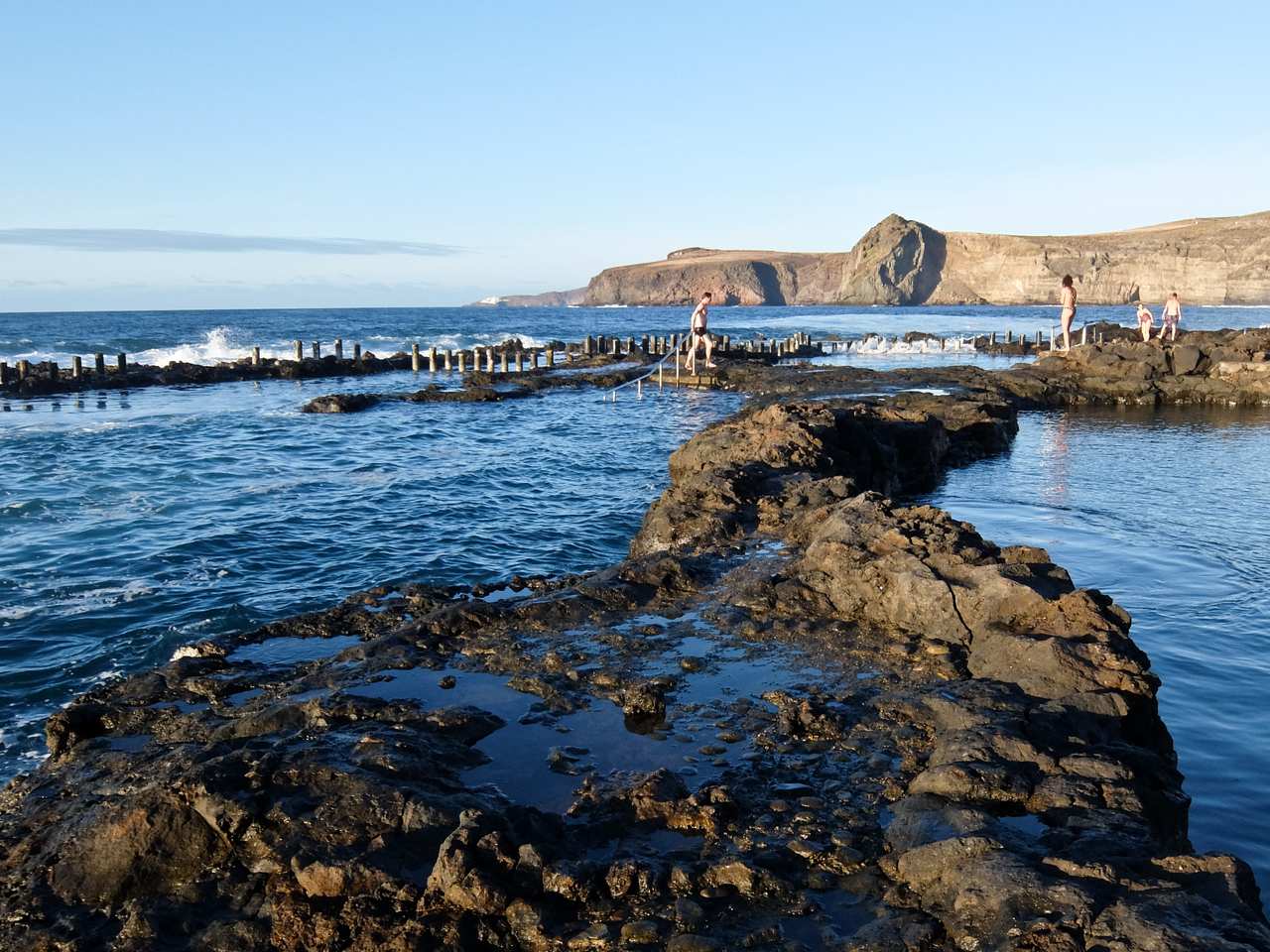 Above me is the distinctive Roque Nublo and I climb up and circuit its base before dropping down to the Presa de los Hornos reservoir. I cross the dam before another climb back to my starting point at Degollada Becerra. I’m just in time to see the sunset over Roque Nublo, after this demanding yet distinctive hike. 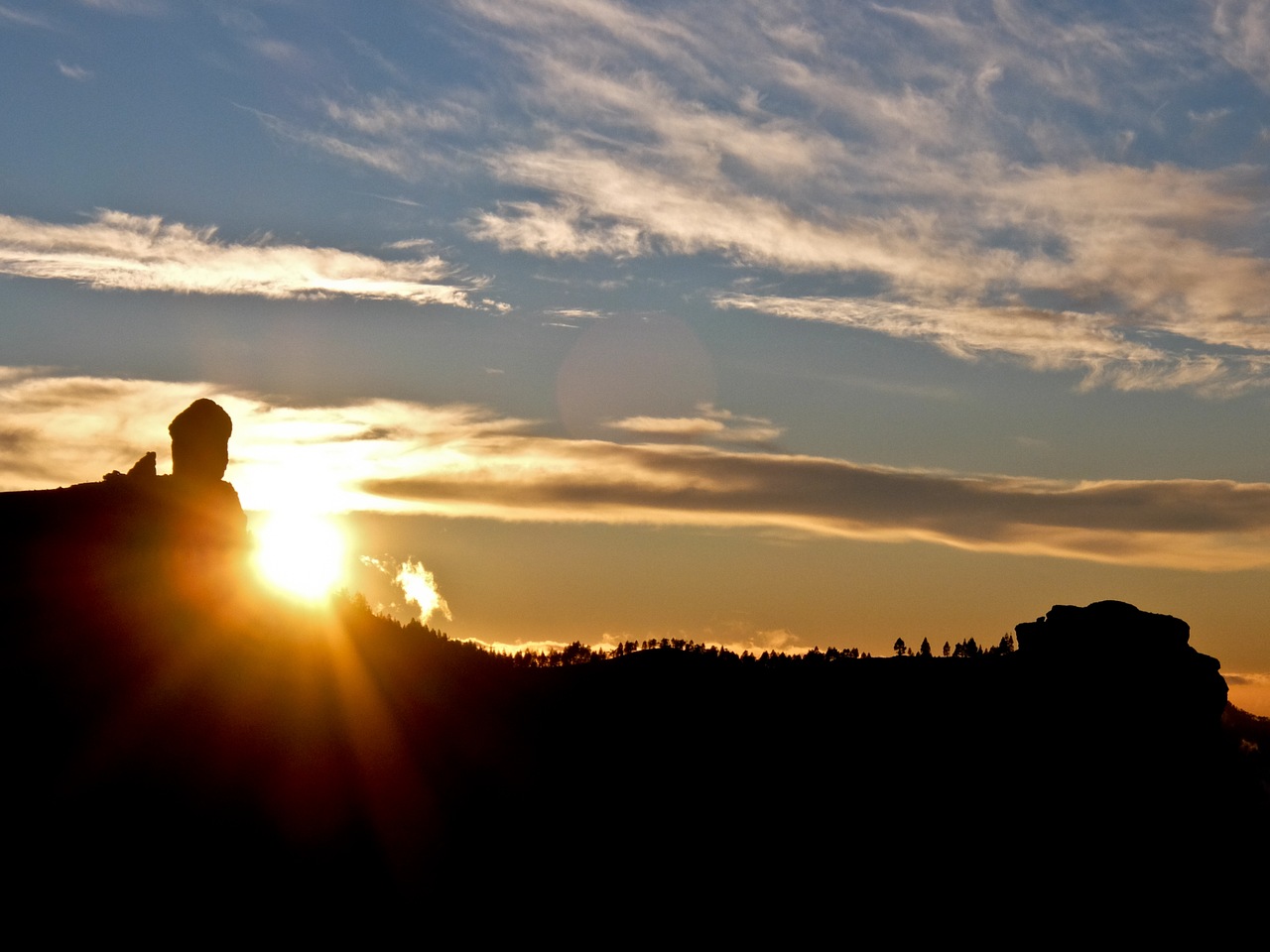 During three days of walking, I’ve been impressed by the well-signed network of trails that criss-cross the island. The paths are well maintained and at every turn there are stunning vistas of the coast and mountains, to say nothing of the technicolour flora. Even better, every village seems to have a good restaurant, serving Canarian dishes, mainly to local people and dispensing carafes of excellent wine. Although there are some buses, you’ll need a car, or take taxis, if you’re going to fully explore these trails.

Finca Las Longueras is a delightful boutique hotel, in the valley above Puerto de Las Nieves.

UK hideaways: escape to one of these delightful cottages in 2021