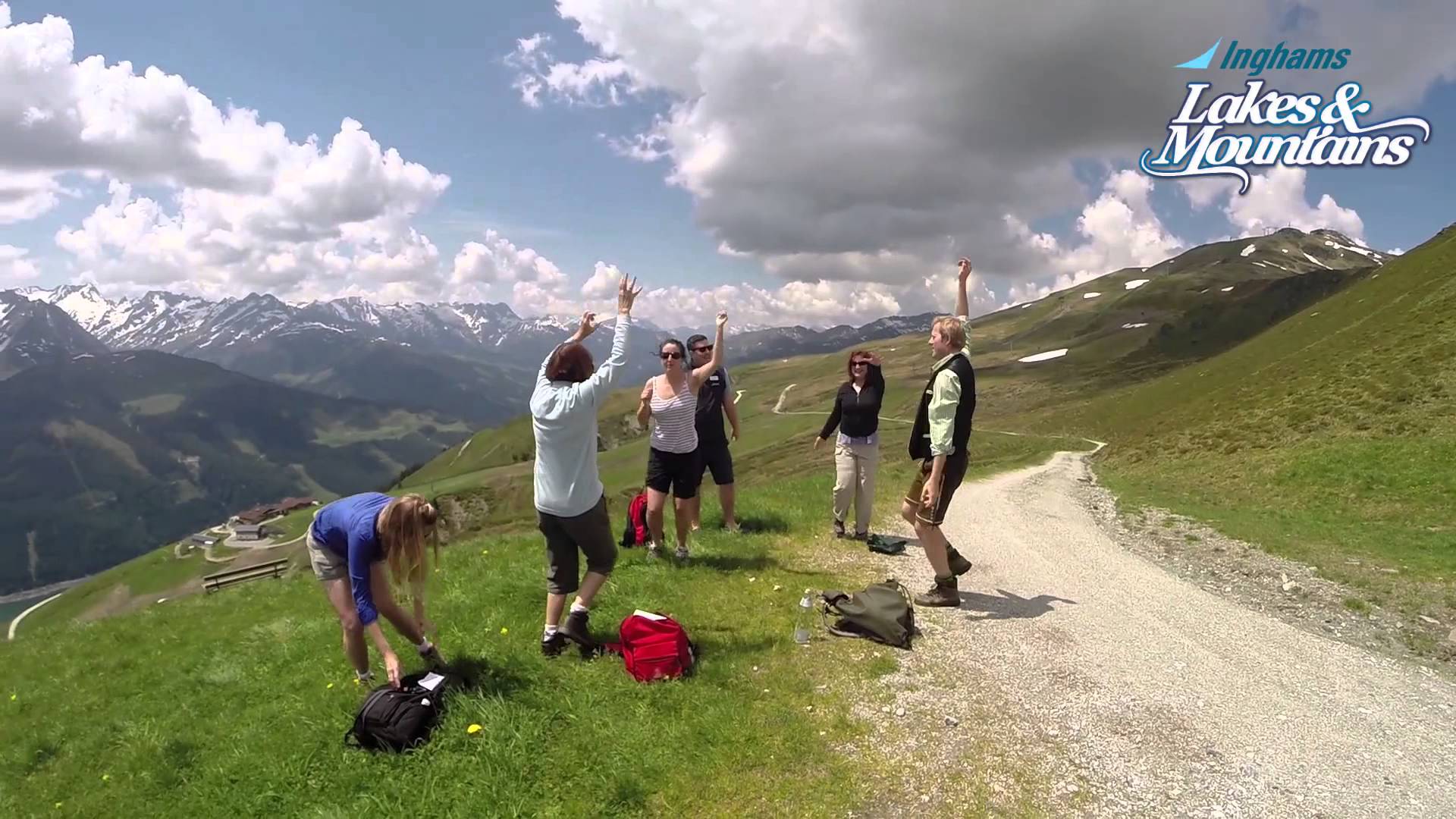 I have no idea if anyone below could hear us on the upper reaches of the Alps. Or whether the cows we passed on the way up from the village of Konisgsleiten were at all ruffled. Or even if we frightened the fish as they swam in the blue-hued lake in the green valley 2,400 metres below.

But I do know one thing. As hard as yodel teacher, Christian Eder, tried to tease out a yodel from our gang of five women, we certainly did not sound anything like Julie Andrews when she yodelled “a lonely goatherd” in the 1965 film The Sound of Music.

Christian, a local hotelier put together this jodelwanderweg trail a few years ago to bring these hills, busy during the ski season, alive during the summer quiet months. The route is a moderately challenging and devoted to the ancient form of alpine communication.

Coaching starts at the peak of the Königsleitenspitze mountain reachable by a free-to-use cable car. It was warm but breezy and as the wind played with our hair, we got a short history telling how shepherds and even lovers would communicate their missives.

“They would yodel down the mountain to say ‘I’m coming home now'”. It was important to get the notes right to avoid misunderstandings. And to get fluent with the Kipp technique (this is somewhat like the cracking of the voice achieved sometimes by hollering or screaming) to toss the voice from high to low pitches.

Dressed in traditional garb – lederhosen and checked shirt – Christian demonstrated his art. He took a deep breath, shaped his lips into an O and out burst a fully-fledged, full-throttle yodel – an oral equivalent of the highs and lows of the valley itself. It was stunning.

There was a small pause to allow us to absorb the moment and just as we began to notice the blowy air again, another yodel ripped through winds echoing sightly into the distance, perhaps even reaching the low hanging clouds above.

“And now it’s your turn. I want you to look out to the next peak and pretend that you are yodelling some important information to the farmer over there.”

And so I bellowed out: HOP-SO DA-RE I-RI! It sounded loud to me, but for Christian there was more work to be done. “The yodel should be felt” he demanded.

And so right there on the mountain peak we went through a short exercise routine to loosen our limbs and lungs and began to learn the notes and the Kipp technique. The moments slipped away taking with them our inhibitions and soon we understood what it mean to “feel the yodel” as we called upon the full intensity of our vocals and let them loose over the mountain tops.

Filled with a satisfying confidence, we were now ready to walk the walk, literally winding from one spectacular mountain view to the next to visit the five yodel stations. At each one we were able to pick up some basic yodelling skills by listening to various recordings available at each one and mimicking those that felt right for our voices.

Each station has a climbable sculpture like giant pair of Leidehosen or a cheese shaped slide. One has a hut like restaurant called the Larmarchalm, whose sculpture is two large horns. We stopped here for a beer and cheese which we took on the verandah.

The owner Franz Hubbel, whipped out his accordion and while we listened to his rendition of traditional music we were able to dance or admire the immensity of the surrounding mountainous backdrop of the Zillertal Alps. From here we could even see the Tux Alps where we were due to trek the next day.

It’s a whole different experience at Tux or more precisely at the Hintertux glacier. But that’s another story.

We were the guests of Inghams, who offer 7 nights at the 4* Sporthotel Mannis in Mayrhofen, with prices starting from £699 per person on half board, including return flights to Innsbruck and resort transfers.

The Learn to Yodel hiking trail costs £35 per person, including lunch.

3 places where to experience the Northern Lights in Autumn