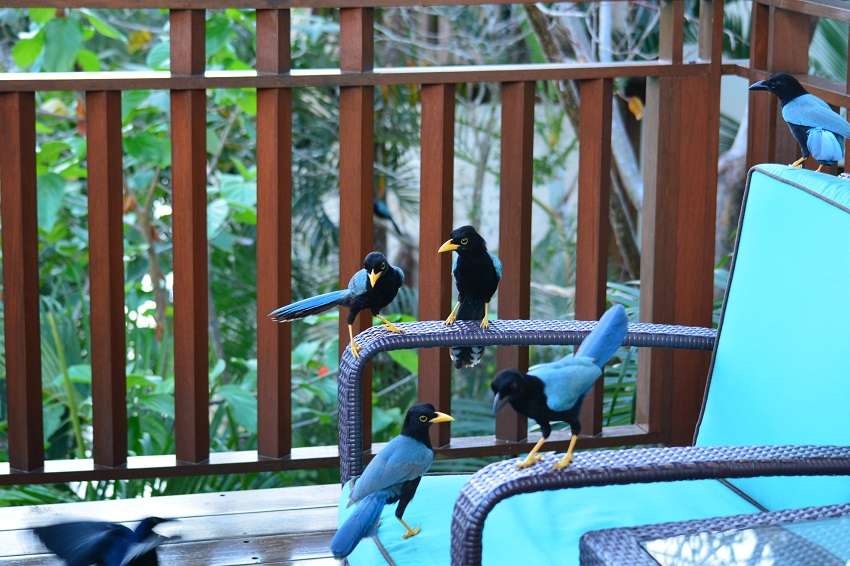 A couple of decades ago a team of biologists bought a piece of land in Mexico’s Yucatan jungle along Playa del Carmen. They lifted up the limestone and found an entire river system thriving underneath. The area now is called Mayakoba and is now home to some hotel resorts: Rosewood, Banyan Tree and Fairmont.

I stayed in casita 104, a first floor suite surrounded by flora at the Fairmont Mayakoba resort. It’s a large resort and getting around is by golf cart – cute, or bike.

I awoke at 6am one morning and this is the scene on the balcony: Yucatan Jays perched on an armrest of a chair on my balcony.

Yucatan jay birds on the balcony of Fairmont Mayacoba

Mayakoba is an incredible creation. Before you get up in arms about man changing the face of nature, I can report that what they have done is sensational.

Where once there were just 50 species of wildlife, there is now 300. The rivers are preserved has habitats for birds, turtles and crocs (I have pictures to prove it) and the mangrove that once lived under the limestone has now grown tall with the nourishment of the sun.

Fairmont offer a guided kayak or a boat tour along its waterways with guides to point out all sorts of nature’s creations.  We came across a crocodile nonchalantly nestled among some river plants and didn’t seem bothered by us turning up. 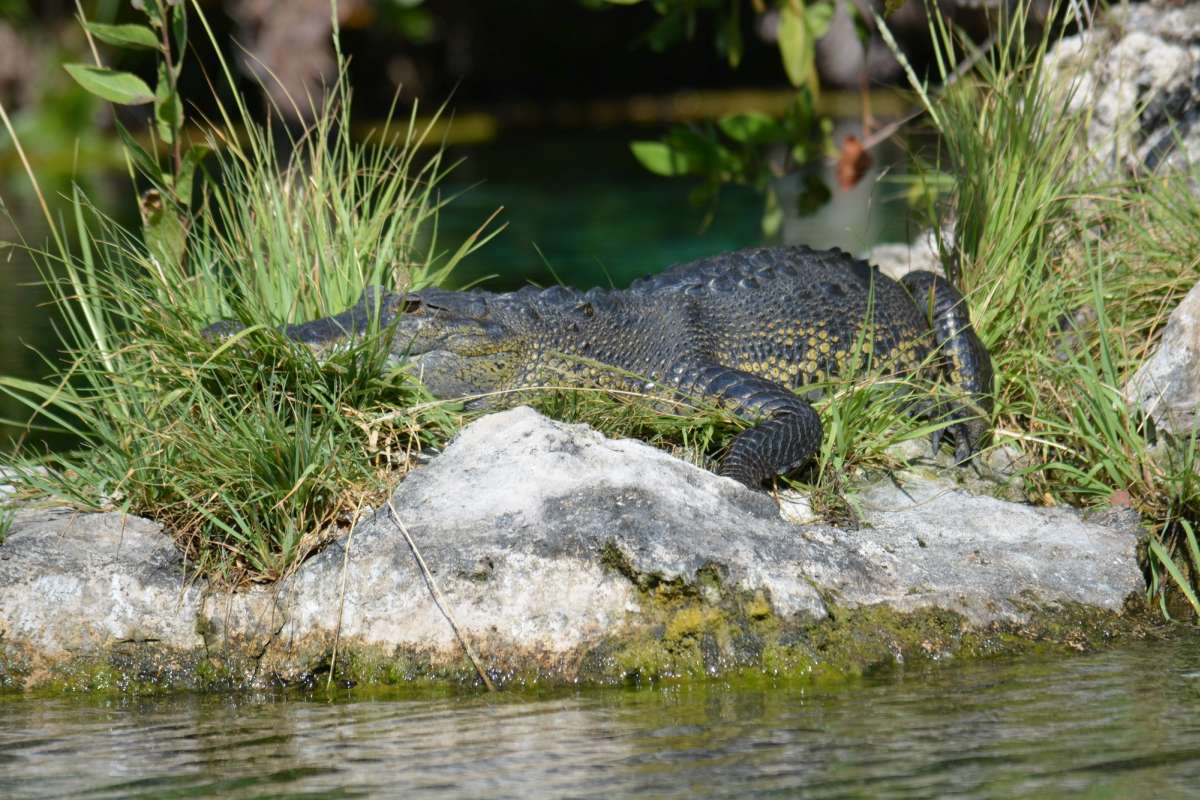 Charter a boat and sail to these 5...