Uzbekistan: Samarkand Reborn with the largest complex for tourists in Central Asia 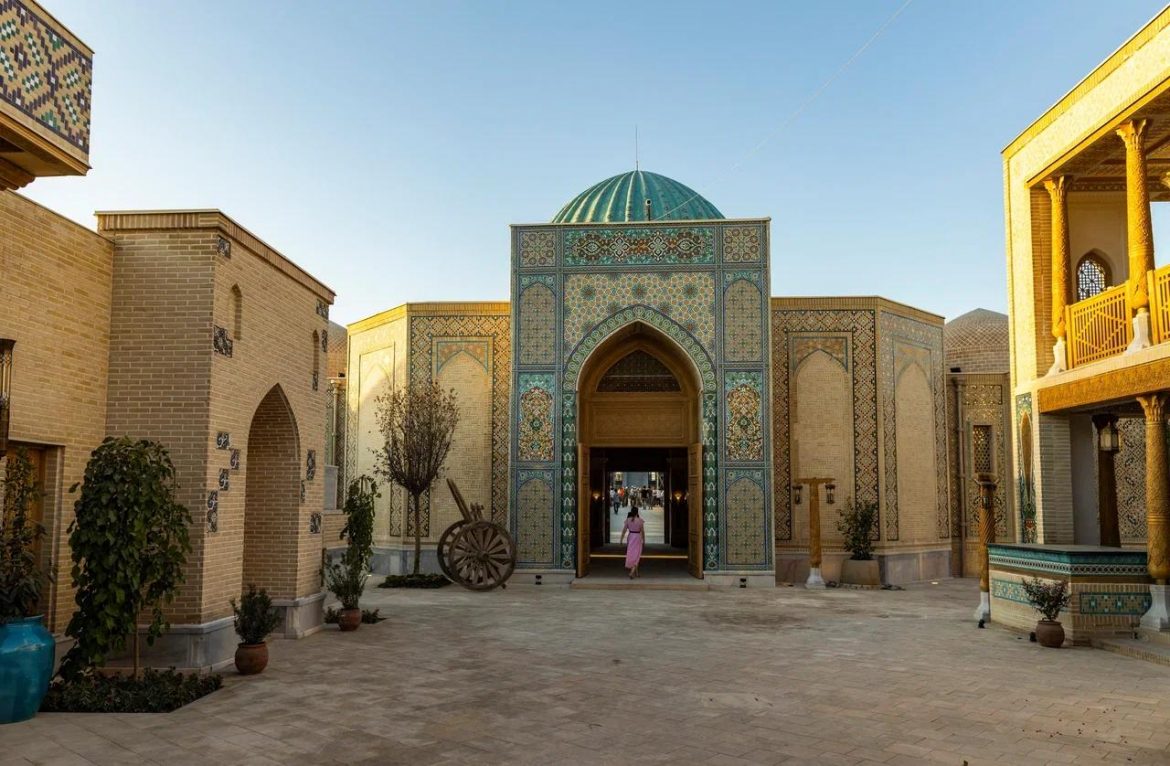 There isn’t another tourist resort in the world which can boast having China’s Xi Jinping, Turkey’s Recep Erdogan, and India’s Narendra Modi, plus another dozen heads of state, as guests in its very first week.

But Silk Road Samarkand is no ordinary resort, and by hosting the annual leaders summit of the Shanghai Cooperation Organisation as its inaugural event, it showed off both the management’s sky-high ambitions and their ability to make them a reality

Samarkand in Uzbekistan has long been regarded as the jewel of the Silk Road, with thousands of years of history and magnificent monuments, many of which have UNESCO World Heritage Site status. As the country’s tourism sector boomed in recent years, in part because of the introduction of a visa-free regime in 2019, pressure on the ancient city has grown: quite understandably, visitors come here with the express purpose of seeing the Registan Square, standing in the quiet courtyard of the Bibi Khanym Mosque, and being dazzled by the opulent interior of the Gur-i Amir Mausoleum. The Central Asia bazaars filled with fruits, spices, textiles, and handicrafts are a major draw, too.

The factor limiting Samarkand’s growth as a tourism destination was infrastructure because there simply isn’t enough space in the historic centre to develop large, international standard hotels and supporting facilities. Silk Road Samarkand’s developers took the opportunity to regenerate a 260 ha site around the old rowing canal, about 20 minutes drive from the UNESCO monuments. In doing so, they have created a completely new tourist zone which nevertheless complements the original.

All the hotels within the complex opened to the public on 20 September. These include two long-awaited 5* hotels, the first luxury properties in the city. Samarkand Regency Amir Temur, named after Uzbekistan’s national hero who made Samarkand the capital of his vast 15th-century empire, has joined the Leading Hotels of the World (LHW) group. It’s the first hotel in Central Asia to have been given membership of this prestigious club. Chinese brand Minyoun has opened two hotels here, one 5* and the other 4*; the art-themed Savitsky Plaza; four wellness hotels; and an eco-village with 14 wooden villas. The eco-village is powered by its solar farm, part of the complex’s commitment to sustainability. Shared between all the hotels, and open to day trippers as well as hotel residents are pool bars and nightclubs, concept restaurants and cafes, and a selection of high-end spa and wellness facilities, exactly what you need after a hot and tiring day of sightseeing.

The majority of guests staying at Silk Road Samarkand will be business travellers: the state of the art congress facilities have been built so that Samarkand will serve as Central Asia’s main hub for meetings, incentive travel, conferences, and events (MICE). In addition to the SCO summit, other major international events are already in the calendar, including UNWTO’s General Assembly in 2023. The opening of the city’s extraordinary new international airport terminal, which is designed to look like an open book, in spring 2022 makes Samarkand easier to reach than ever before.

It’s not all work and no play at Silk Road Samarkand, however, because the crown of the site is not its hotels or conference facilities but rather the Eternal City, an oriental fairytale brought to life. Designed by Uzbek artist Bobur Ismailov, it combines replica monuments, performance spaces, places to eat, studios for artists and craftsmen, and boutiques selling stunning handmade clothes, homeware, and gifts. The smell of freshly baked non (Samarkand’s traditional flat, round bread) wafts on the air, you meet musicians, dancers, and puppeteers in the streets, and can immerse yourself completely in the intangible cultural heritage of Uzbekistan.