Plymouth is a major fishing port, ranked 5th in the UK with almost 6% of the total catch, and has an annual Seafood and Harbour Festival. Rupert Parker takes the bait. 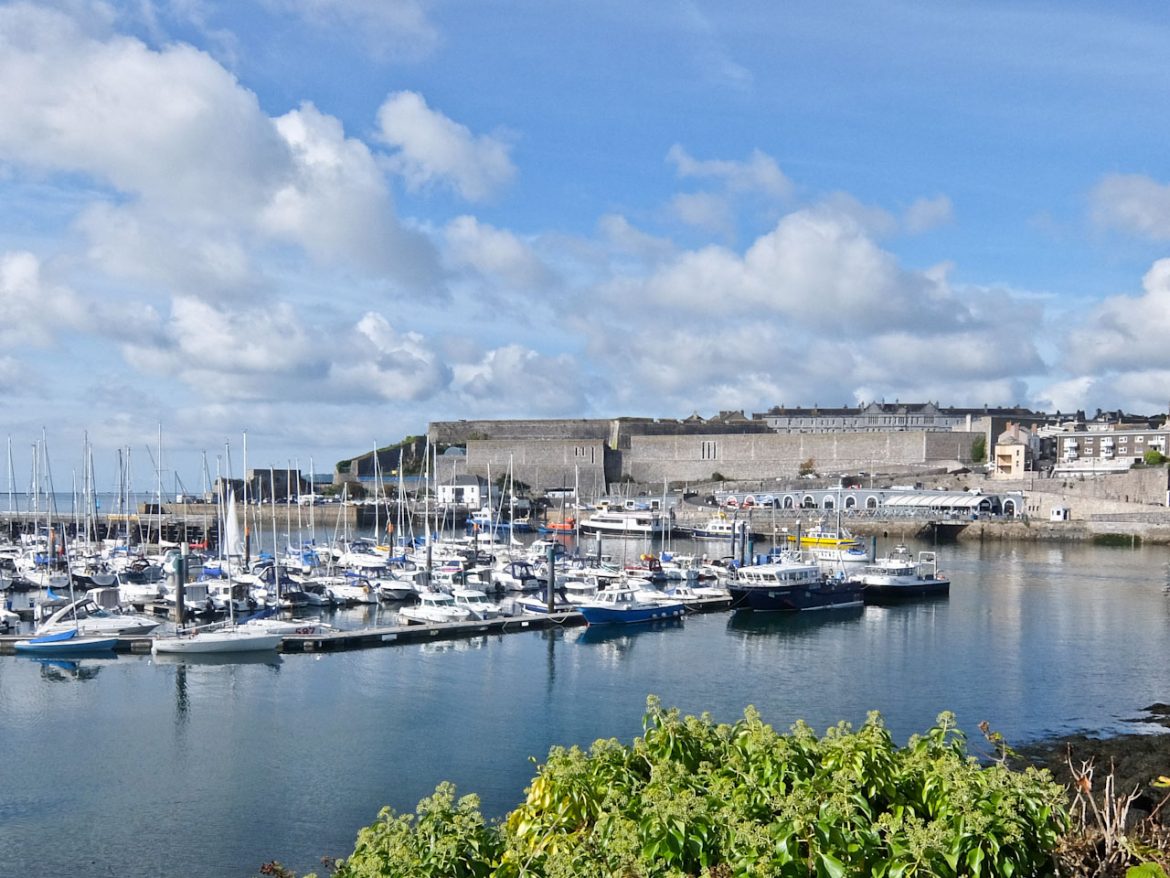 The last time I was in Plymouth was over thirty years ago, and I quietly dismissed it as a navy town with botched post-war architecture. Now the sailors have left, new developments are springing up everywhere, and there’s a confidence around the place that was missing.

Best of all, you can stroll the grassy headland of Plymouth Hoe and enjoy stunning views of bustling marinas packed with boats. A statue of Francis Drake still looks out over the sea as trawlers return with their catch.

Plymouth calls itself Britain’s Ocean City, so there should be some great seafood restaurants – the trouble is they’re hard to find.

True many places call themselves fish restaurants, but a quick glance at their menus shows that what they’re offering is battered fish and chips or at best, farmed sea bass. The English have always had an uneasy relationship with products from the sea, preferring meat to fish. In the 17th century the fishing industry was so much in decline that Edward VI passed a law specifying that people had to eat fish on Fridays.

Thankfully the good folks of Plymouth are busy promoting their catch with their annual Seafood and Harbour Festival in September. And a handful of restaurants are flying the flag. You can get a good idea of the diversity on offer by visiting the National Marine Aquarium, across the footbridge from Sutton Harbour. Alongside the sharks, huge rays and brightly coloured fish, the Atlantic reef tank reveals the variety on offer in the seas just nearby.

Just around the corner from the aquarium in cobbled Southside Street, is The Catch, the success story of 2022. It’s a tiny space, part fishmongers, part cookery school and restaurant serving the freshest of fish. I meet Rick Stein trained head chef and manager, Lee Holland, who’s passionate about everything that comes from the sea.

He shows me how to open oysters which come all the way from Lindisfarne as he reckons they’re the best in the UK. I can’t possibly disagree, they’re sweet and tender, bursting with flavour. We move onto scallops which come off the restaurant’s own boats, and he gives me a Ceviche lesson. Using a sharp filleting knife, we slice them thinly, then add lime zest and juice, chopped fresh chilli and nori seasoning.

Whilst I’m waiting for it to cure, he demonstrates how to make his crab bombs. A coronation mix of white and brown crab meat, mango and coriander is piped into a crisp golf ball-sized poppadum sphere. The result is an explosive mix of flavour in one bite. Finally, I get to try his Ceviche, and it doesn’t disappoint. Fresh and tangy, it couldn’t be better.

Ocean View at The Dome

On the edge of the Hoe is the bubble-shaped structure of the Dome, with an art deco-inspired interior. They always say you should eat seafood where you can view and smell the sea and this is the perfect venue. It’s a comfortable spot and I’m informed that the day’s catch is Plaice, fresh off the boat. I start with local mussels, not quite marinière but in a creamy sauce with a slice of sour dough to dunk. They’re small and succulent, just the ticket to take the edge off my hunger.

The fillets of Plaice sit on a bed of new potatoes, a ratatouille of sweet and sour peppers on the side with a huge forest of watercress. It’s very good but the mild Jalfrezi sauce which is a bit too much for the delicate Plaice.  I put the sauce to one side and content myself with a squeeze of lemon.

The Box Kitchen and Bar

Matt Dell is the chef at this all-day café restaurant servicing the Box museum and art gallery near the town centre. It’s a bright and airy space, and Matt tells me he’s passionate about showcasing the best that the South West has to offer. Although there’s the ubiquitous fish and chips on the menu, he’s keen for me to try his Plymouth gin cured chalk stream trout with house pickles, lemon and dill. The dish shows Scandinavian influences and is none the worse for that.

The other sharing plates are all tapas-sized, and I enjoy his homemade falafel, with mint and yoghurt, and crunchy chickpeas on the outside. Memorable is a slice of his pork, and apple sausage roll served with, what else, brown sauce. The star of the show is his roasted cauliflower tacos, the slightly charred veg sitting on a bed of guacamole, soured cream and pickles. Three sharing plates are very good value at £15.

The buildings of Royal William Victualling Yard include a bakery, cooperage, bakery even a slaughterhouse. They supplied Royal Navy ships from the early 19th century to the 1990’s and it’s now been transformed into apartments, galleries and bars and eateries. The Hub is one of these and inside its period interior, it serves up a variety of rather good burgers.

There are two fish options, Big Fish, a panko-encrusted piece of halibut, but I go for the Mack Daddy. It’s a slice of grilled mackerel with horseradish mayo, beetroot chutney, pickled beetroot and rocket on a sourdough bun. This makes a good combination, and of course I order fries and an excellent Hub salad with croutons, charred pepper, capers and garlic.

GO: Great Western Railway has a direct service from London to Plymouth

STAY: The New Continental Hotel is recently refurbished and is close to the Hoe.

Ocean View at The Dome

The Box Kitchen and Bar

Uzbekistan: Samarkand Reborn with the largest complex for tourists in Central Asia