St. Moritz has attracted its fair share of famous faces over the years: Audrey Hepburn, Sylvester Stallone and John Lennon to name a few. In times gone by people would flock there to get a glimpse of their favourite star, but these days there is much less pomp and a more peaceful vibe.

What really sets St. Moritz apart from some the other Swiss resorts is the fabulous skiing: 350km of slopes, soft, carving snow and pristine blue skies. What more could you ask for?

St. Moritz is located in the South East corner of Switzerland and forms part of the Swiss Alps, close to the border of Italy. The resort lies in the Engadin Valley below the mountain of Piz Nair and overlooks the breathtaking Lake of St. Moritz.

As one of Switzerland’s most luxurious ski resorts, St. Moritz is full of designer boutiques and Michelin-star restaurants – there are five. However there are also some relaxed (and affordable) après ski bars if you want some time away from glitz. Roo Bar is cheap and cheerful with a great atmosphere and a decent Glühwein.

For your first day, take the cable car to Corvatsch and find your feet on the relatively gentle slopes. Even the black runs are not particularly steep or narrow, and the snow here tends to be soft and powdery right up to April. Corvatsch also has the highest mountain station in the Eastern Alps (at 3,303m above sea level) and offers some amazing panoramic views of the area. On Friday evenings, you can stay out late for “snow night” and ski back to the resort as late as 2am along a fully lit run. We recommend you return before 9pm to avoid some of the more inebriated skiers!

Drag yourself out of bed early and take the funicular to Corviglia, where you can ski the freshly groomed “White Carpet” – the closest I have ever felt to flying. Corviglia is also the location for the Men’s Downhill race, which has the rather terrifying accolade of Europe’s fastest start (not accessible for normal skiers).

There is also the legendary black Hahnensee piste where you take in fantastic views of the valley and the frozen lake. As with Corvatsch, the pistes here are so wide that most black runs feel closer to red. 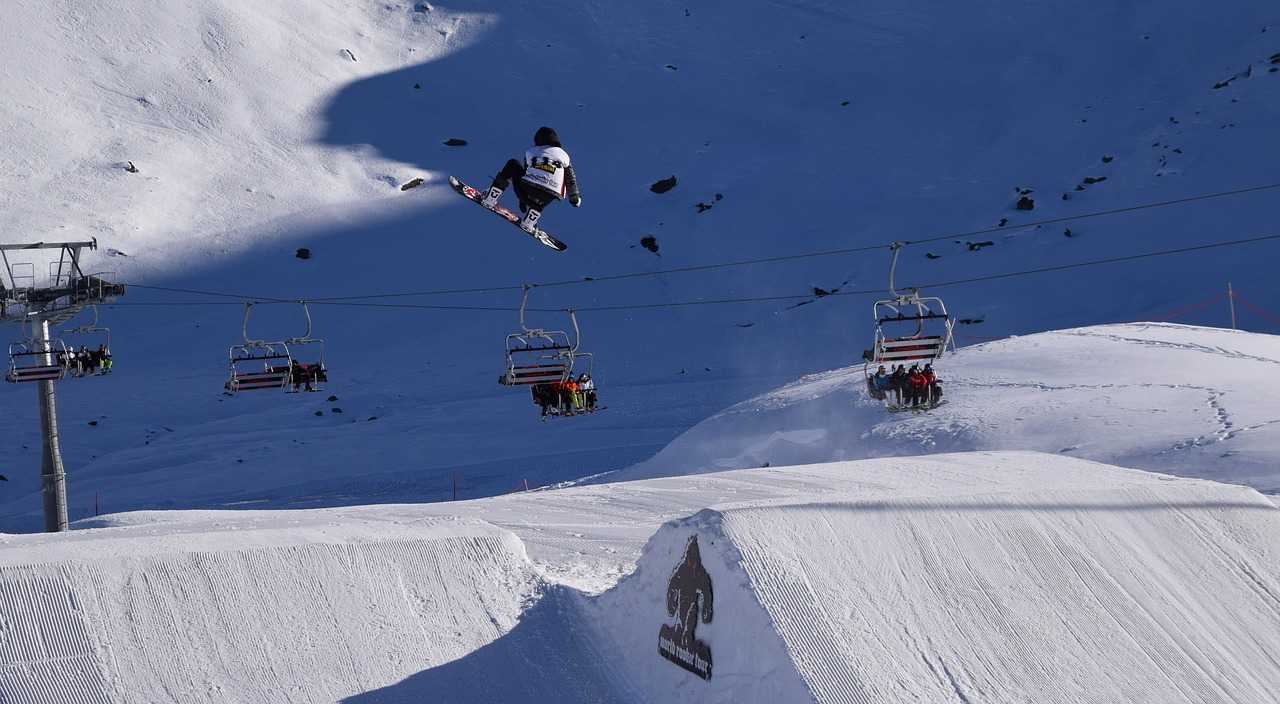 For the acrobatic and the daring, Corviglia also has a snow park with 30 obstacles: guaranteed to give you an adrenaline rush.

One for the experts, Diavolezza is 30-minute bus from St. Moritz and has a couple of fiendish ski runs and some good off-piste opportunities. At the back of Diavolezza is 10km glacier descent to Morteratsch – it’s more of a marked trail than an official run. If you’re getting peckish, enjoy a bite to eat at the excellent Refuge Diavolezza.

The variety: with 350km of ski runs you are unlikely to get bored. The resort is suited to all abilities and pistes tend to be wide and forgiving. The only thing to bear in mind is the prevalence of ski paths, which might get tiresome for snowboarders.

To escape from the crowds: during our stay in St. Moritz (mid Jan), we almost had the slopes to ourselves. There were no queues for the lifts and many of the ski runs were virtually untouched. Great weather, ideal snow conditions, and empty slopes were a very agreeable combination.

Other winter sports: as well as ample skiing opportunities, St. Moritz organises numerous sporting events during the winter season including cricket and polo on the frozen lake. You can also book a bobsleigh experience where you get to ride up to 130km/h down a 1722m run alongside current and former bobsleigh champions. This costs £194 (CHF 250) per person.

Kuhstall (Corvatsch): a converted cowshed in with a warm, inviting interior and some really delicious food. We had a salad, pork with rosti and apfel strudel with ice cream and popping candy. As the summer approaches, the restaurant is converted back into a cowshed – a wonderful mix of modernity and old traditions.

The White Marmot (Corviglia): treat yourself to lunch at the newly renovated White Marmot, which serves traditional food with a modern twist. The venison with crispy polenta and sticky sauce was a revelation. There’s also a rather amusing ice sculpture of a marmot that looked to me more like a bear.

Expect professional staff, beautiful views and pristine rooms in St. Moritz. This is not a cheap resort, but your money will be well spent on quality accommodation.


Here are our top picks:

Budget: there is no such thing in St. Moritz (sorry).

Mid range: Hotel Schweizerhof is in an excellent location and less than a 10-minute walk from the nearest ski lift. Rooms have great views (some overlooking the frozen lake), a well-stocked (and complimentary) minibar, and a huge bath to soak away the muscle pain from a hard day’s skiing. A double rooms starts from around £250 (325 CHF) per night.

Break the bank: The Kulm 5* Hotel is said to have been the original inspiration for British tourists to visit St. Moritz in the 1800s. Service is second to none and the rooms are fit for a queen. Original artworks hang on the walls and there’s a very fancy spa and gym. A basic double rooms starts at £420 (545 CHF) per night.

The best way to travel to St. Moritz is to fly to Zurich and purchase (in advance) a Swiss Transfer Ticket. This train ticket covers a round trip from the airport to St. Moritz. Prices are £112 in second class and £182 in first class.

From Zurich Airport, take the train to Zurich HB and then change at Landquart. From Landquart, you can get a direct train to St. Moritz.

Taxis are very expensive in Switzerland, so avoid this option if possible.