Rising from the Indian Ocean Mauritius, encircled by pristine beaches, has a volcanic landscape dating back eight million years. 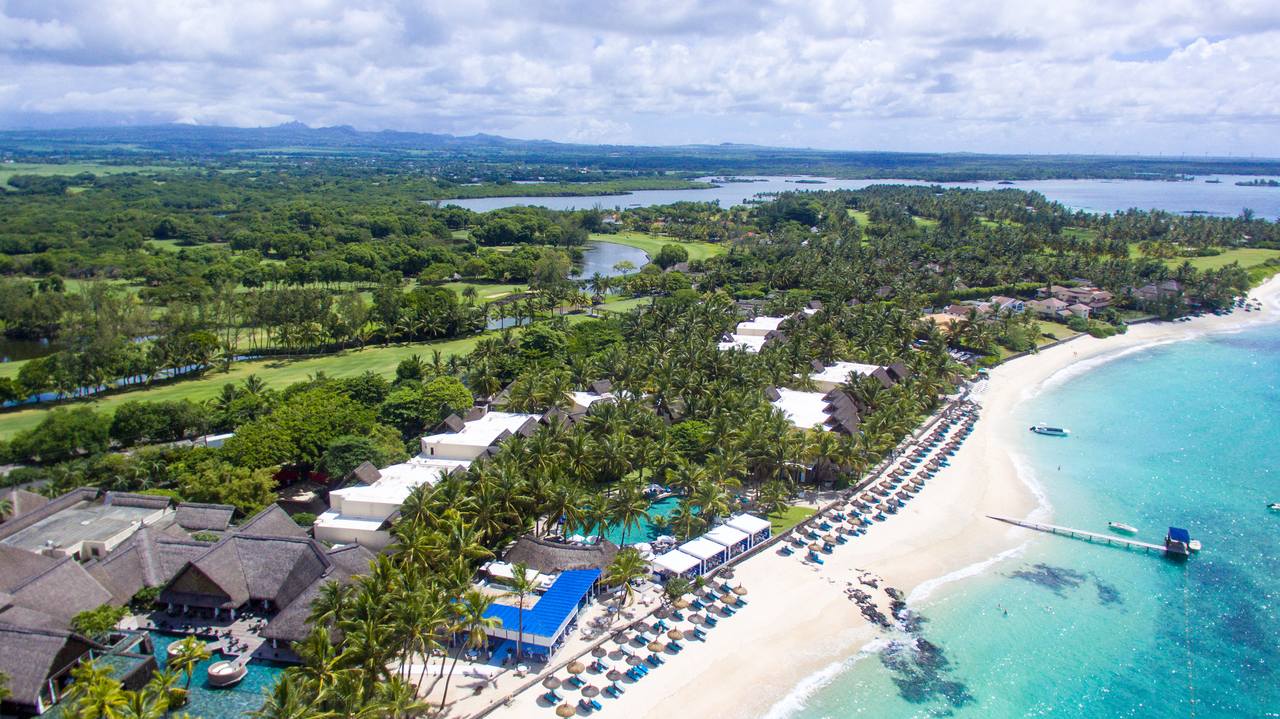 Rising from the Indian Ocean is a volcanic landscape dating back eight million years. Its circumference is encircled by pristine beaches that glimmer proudly with a hint of divine beauty, while its rugged core flits between silent forests and deafening waterfalls, sprawling gorges, and foreboding wildlife. 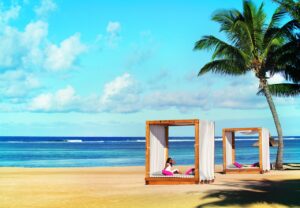 The island of Mauritius effortlessly lends itself to a role as the paradise for all-inclusive luxury resorts – and as the go-to haven for adventure enthusiasts. It’s a multi-generational and multi-religious destination, and beyond its alluring coastline lies a culture begging to be noticed.

Despite the looming presence of increasingly-westernised tourism, there are many cultural things to do in Mauritius. Here is a guide to the top 10 experiences you won’t want to miss!

In the south-western slice of Mauritius is the island’s largest protected jungle: the Black River Gorges National Park. With over 50km of stimulating hiking trails, there are plenty of opportunities to discover Mauritius’ native species, including nine endemic avian species, 4000 types of fruit bat, and three endangered birds – the pink pigeon, the Mauritius kestrel, and the echo parakeet.

As you hike deeper into the forest, you’ll discover the islands’ most spectacular waterfalls, undulating hills, cavernous valleys, and snaking rivers. High above the canopy, you might also see the aforementioned pink pigeon, which has made a tremendous comeback from near extinction.

Marvel at the Chamarel Waterfall 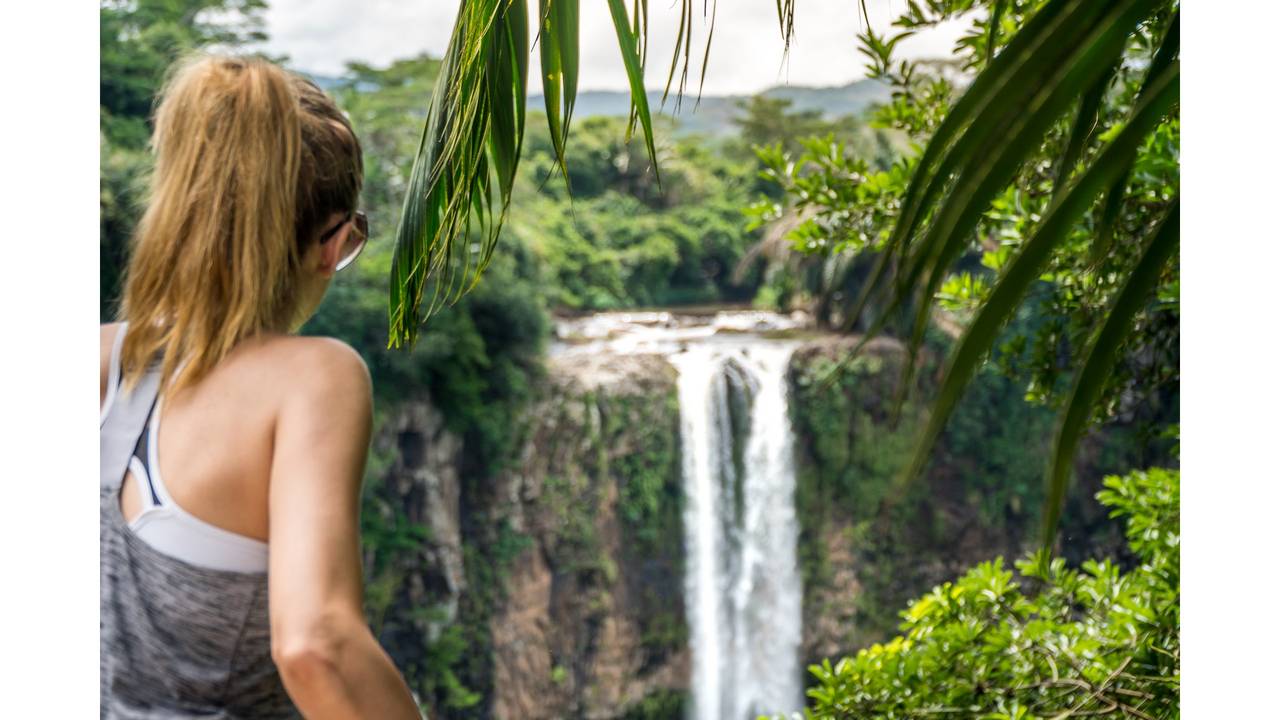 Known locally as Cascade Chamarel, the Chamarel Waterfall is Mauritius’ highest waterfall, with a 100-metre drop and 10 million years of history. It is evidence of the islands’ volcanic heritage and receives its water from two rivers, the St. Denis and Viande Salée.

There’s a lookout point for visitors, and the view here is unparalleled – a striking waterfall overhanging a steep basalt cliff with dense vegetation and pinches of a mountainous horizon. The velocity and force of the waterfall is great, splashing onlookers, while the jungle evokes strong Tarzan vibes.

For the adventurous among you, attempt the trek down to the waterfall’s base. This will take roughly three hours, but the swimming opportunities at the end are worth every exertion. 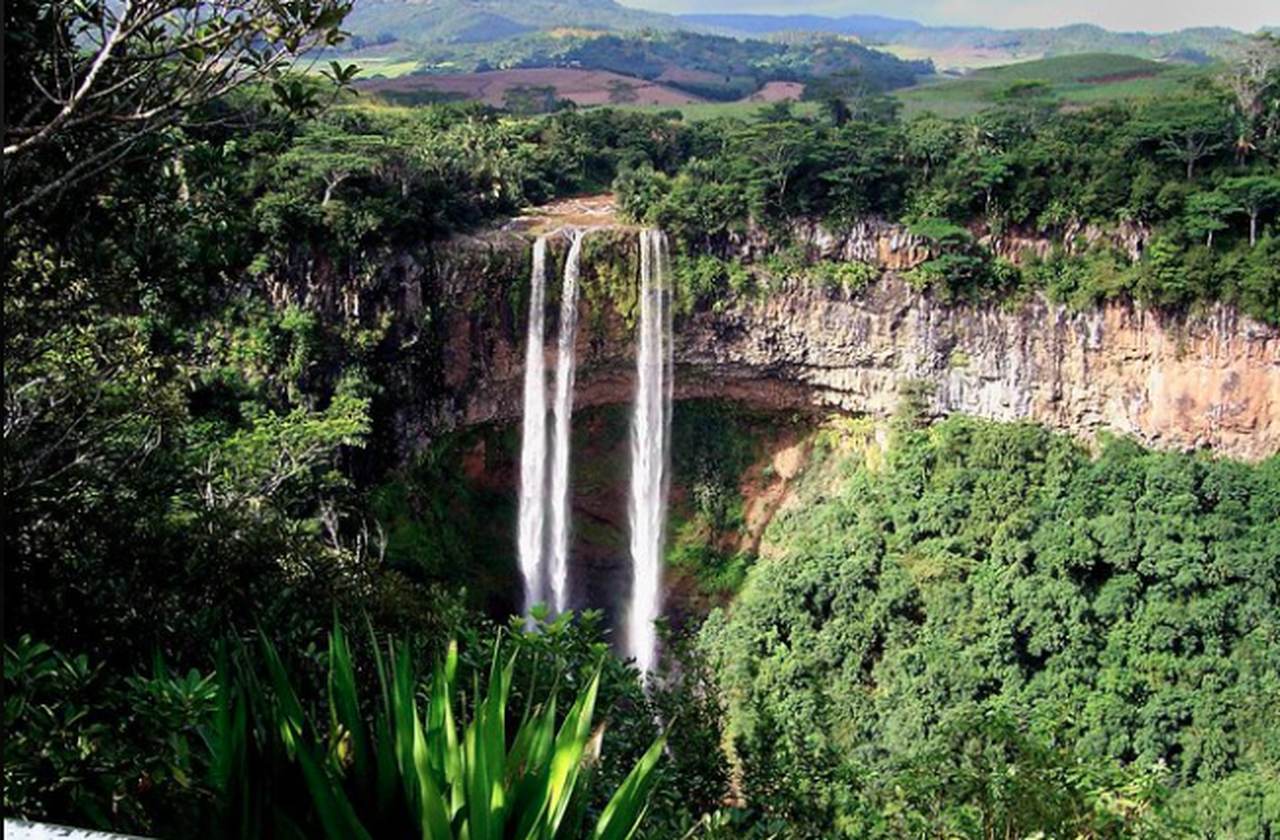 Tour: Private south west with lunch – 7-8 hours with guide in an air-condition vehicle with free wi-fi.

Head to the Seven-Coloured Earth 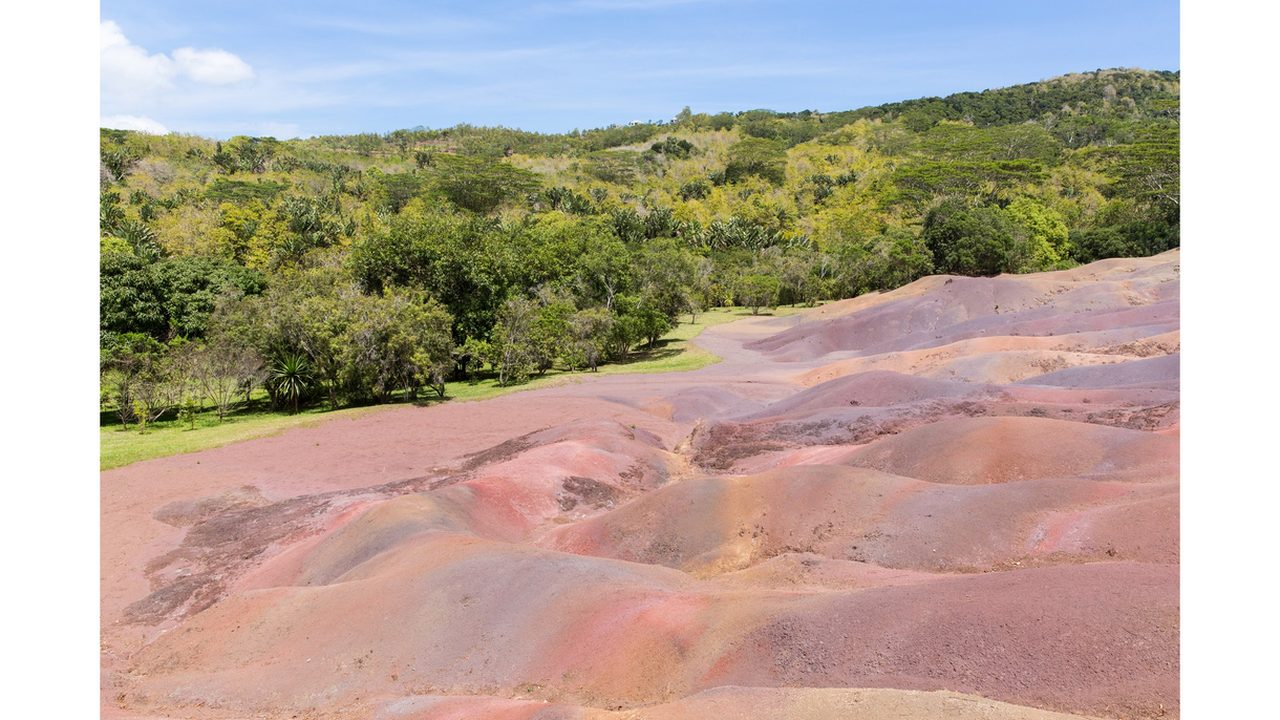 Not far from Chamarel Waterfall is the Seven-Coloured Earth, otherwise known as Terres de 7 Couleurs. It is a 7,500-metres-squared area that is once again proof of Mauritius’ volcanic activity 3.5 million–1.9 million years ago, and it’s considered a natural phenomenon.

The tropical weather also stripped the land of the nutrients plants require for growth, which is why this area looks like a Mars landscape. But what’s more impressive is that if you try to mix the colours, they will repel this intervention and eventually settle into separate layers.

It’s one thing to be in the thick of Mauritius’ beauty, but it’s an entirely different experience to fly high above it. To put it simply, taking a helicopter ride over the island is a matchless, once-in-a-lifetime excursion.

The magnificence of the Chameral waterfall and the Seven-Coloured Earth is magnified tenfold from above, and you’ll also see areas of the island very few do. Troux aux Cerfs – a dormant volcano-shaped with a cone and crater – is a sight to behold, and the ride saves you from having to hike Le Morne Brabant, which is itself a UNESCO World Heritage Site. The illusionary underwater waterfall can also be seen in all its glory! 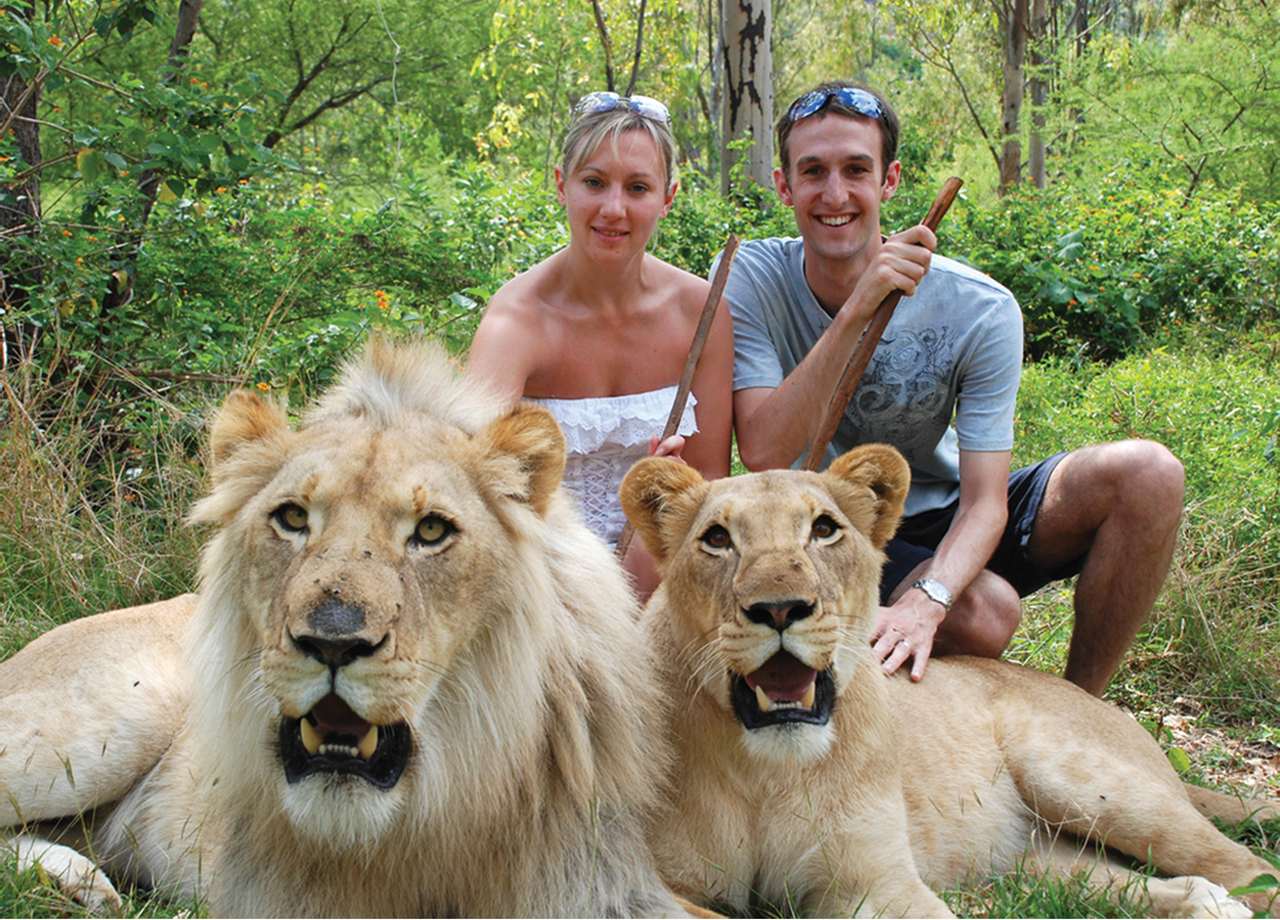 The dense forests on Mauritius have exotic wildlife, the most dynamic being the native monkeys; but it’s at the Casela Nature Park where you’ll meet the country’s feathered and furry residents.

Spanning 350 acres, this animal sanctuary has five zones, and there’s something for everyone, from petting baby goats, horse riding and camel rides, to African safaris where you’ll discover zebras, rhinos, and eager ostriches!

The Predator Kingdom has the park’s most unique activities, including “Walk with Lions” and big cat feeding, all of which take place within the king of the jungle’s own domain. 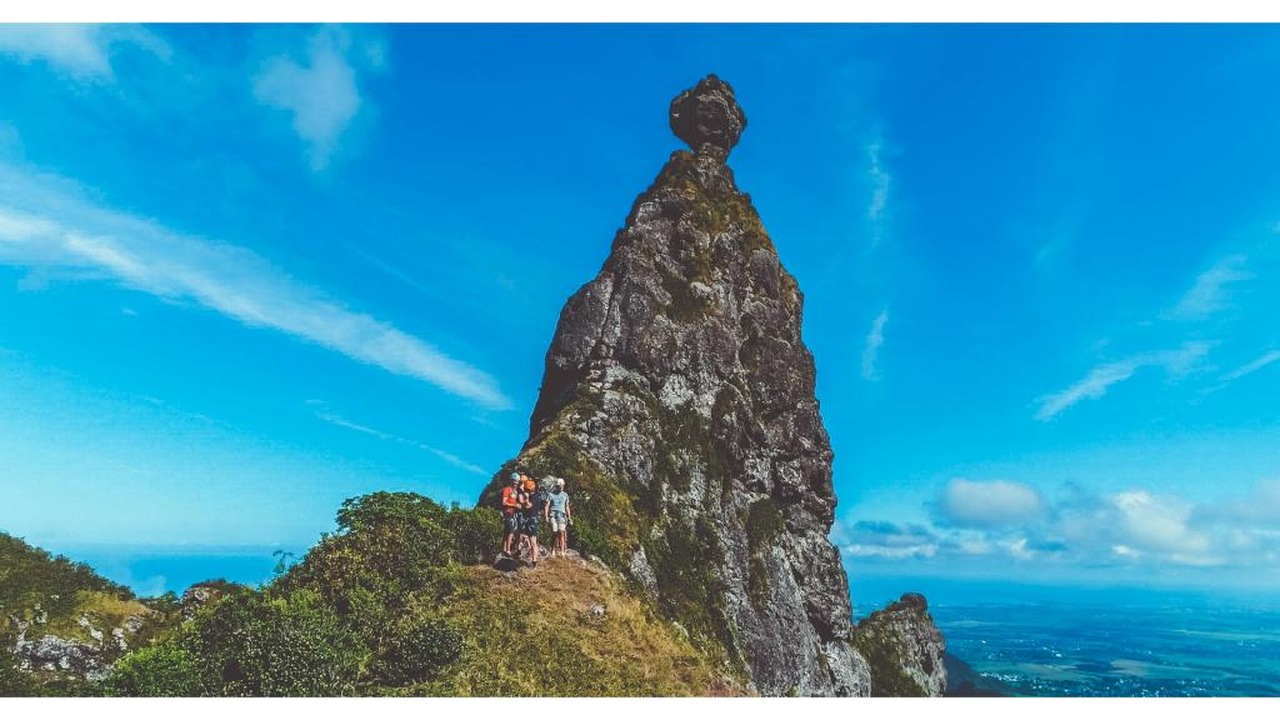 Due to its volcanic heritage, Mauritius has many exhilarating hiking trails. But even for the most experienced climber, will require a diligent effort, one that’ll have them declaring, “Challenge accepted!”

It has been dubbed the “King Kong” mountain because, from a particular angle, the mountain has the profile of this superb creature. Others have nicknamed it the “mini-Matterhorn”, after the highest peak in the Swiss Alps.

Some sections require scrambling and perseverance over a terrifyingly-tenuous hanging bridge. It does offer some unrivalled views of the western part of the island, but should not be tried by novices. If you do attempt this hike, make sure you have the appropriate gear!

Learn About the Island’s Religious Heritage at Ganga Talao

Ganga Talao is more commonly known as Grand Bassin. It’s a crater lake 550 metres above sea level, and is known for being the most sacred Hindu site in all of Mauritius. Along the lake’s edge sits a temple, an assortment of small shrines dedicated to Lord Shiva (the statue of whom stands 108 feet high – the tallest statue in Mauritius) – and local monkeys looking for bananas!

Every year, thousands of pilgrims descend upon the lake to celebrate Maha Shivratri, and carry hand-made shrines to the water’s edge where they carry out private prayers.

There are several walks around Ganga Talao, but strictly no fishing

As Mauritius is surrounded by ocean, there are several on-water activities that’ll blow your mind. The feeling that comes with the wind curling its way through your hair, the sea salt finding its way onto your skin, and the crashing waves against the boat can only be described as euphoric.

The glass-bottom boat trip has all this, in addition to a glass floor where guests can glimpse exotic coral reefs and watch abundant marine life swim past. Some of the trips even offer the chance to get into the water and snorkel among the fish!

Almost all the island is surrounded by coral reefs, making Mauritius one of the most exciting and incomparable places to learn to dive. Some might consider the underwater world more breath-taking than Mauritius’ on-land natural wonders, and they might just be right. Under the surface, you’ll find hundreds of patterned and vibrant fish – octopi, butterflyfish, peacock flounders, mantis shrimp, endemic angelfish – as well as spectacular caves and unusual shipwrecks dating to the 18th and 19th centuries.

The coral reefs aren’t bleached like those found in the Maldives and Seychelles, so you might just see some sea anemones and sponges. Rare dolphins also swim in this area.

There are several diving packages or diving courses in Mauritius, but you’ll also find that each hotel offers a good price. The best time to dive is between November and March.

One of the best ways to see Mauritius is by getting on a luxury catamaran or speed boat and hopping around the wild and untouched islands. These are the best examples that travellers will get to see of what the 16th-century explorers encountered when they first landed in Mauritius.

Depending on which company you set sail with, activities are varied and may include snorkelling in clear lagoons, parasailing, dolphin watching, barbecues on deserted shorelines, and water-skiing.