Top 10 things to see and do in Bristol, UK 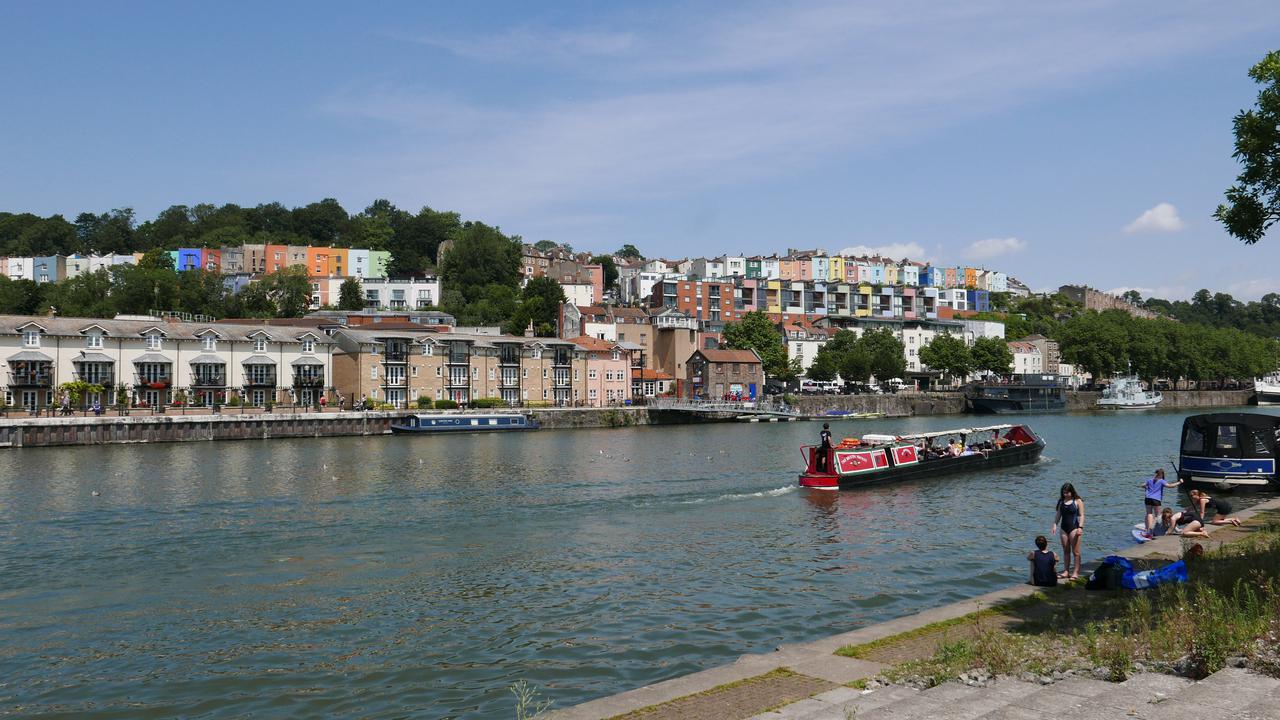 Whether you are taking a stroll through the harbour, walking down Park Street or exploring Bristol’s alternative scene, there is always some kind of music tinkling (or occasionally blaring) away. It may be a busker, a DJ set, or one of Bristol’s eccentric characters having a sing-a-long, but close your eyes and the city is as colourful for the ears as it is for the eyes.

Walking down Park Street, close to the university hub, I was reminded of how expressive Bristol is. It’s not just the street art – splashed across the city in eruptions of colour – the people are also dressed with flair and imagination, donning rainbow make-up, brightly dyed hair, costume jewellery and funky outfits that contribute to the city’s fun, youthful vibe.

This is something I have always noticed and loved about Bristol since I studied at the university (UoB) from 2009 to 2012. It rings as true today as it did then, and I was thrilled to return this summer and revisit, and discover, some of the interesting things to see and do here.

So what’s not to miss on a trip to Bristol? 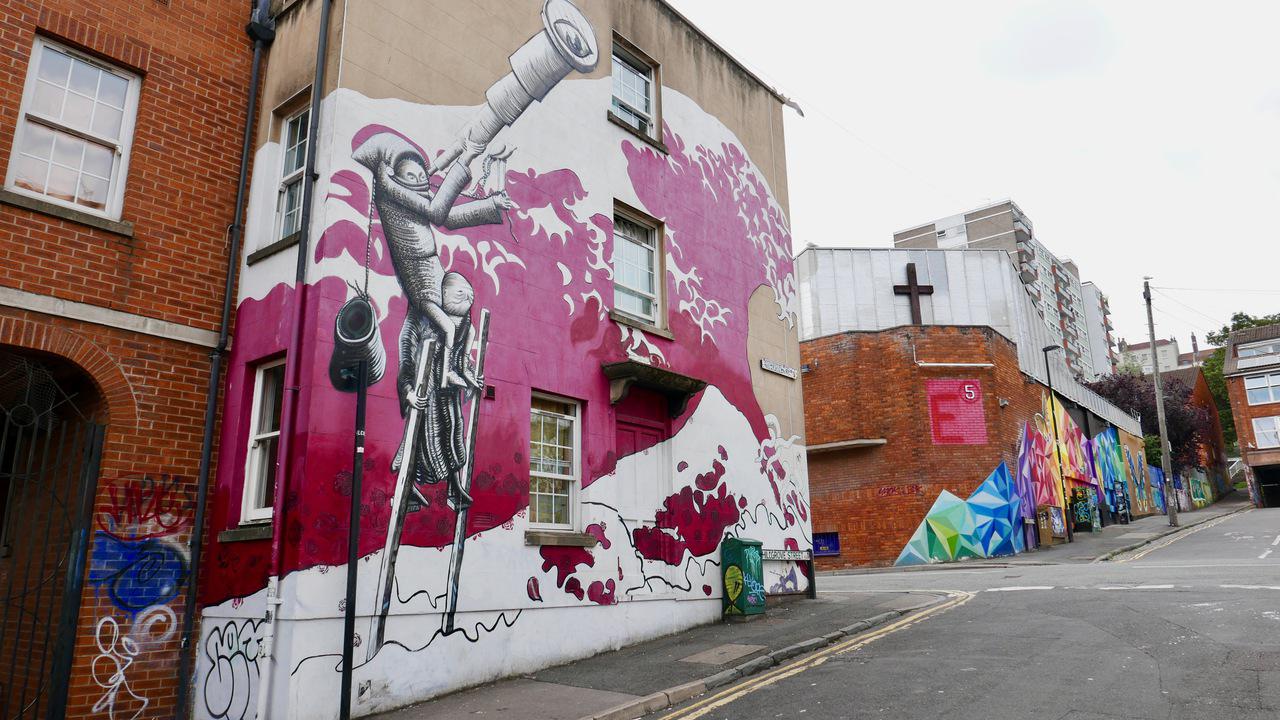 Learn about the history of Bristol’s street art and graffiti on a walking tour such as Where The Wall, which starts on College Green near Bristol Cathedral.

Our tour, led by Bristol legend John Naton, took us on a fascinating journey through the history and development of Bristol’s street art scene, starting with the global phenomenon Banksy, whose stencil themed artwork can be spotted all over the city.

From College Green we headed towards Nelson Street to admire the numerous large-scale graffiti projects that formed part of the “See No Evil” graffiti festival in 2011.

The tour takes 2-2.5 hours and ends at Stokes Croft, the graffiti “hub” of the city, where almost every shop, home and pub is covered in graffiti (sometimes legally, but more often than not, illegally). I couldn’t recommend this tour highly enough!

Hang out in Stokes Croft 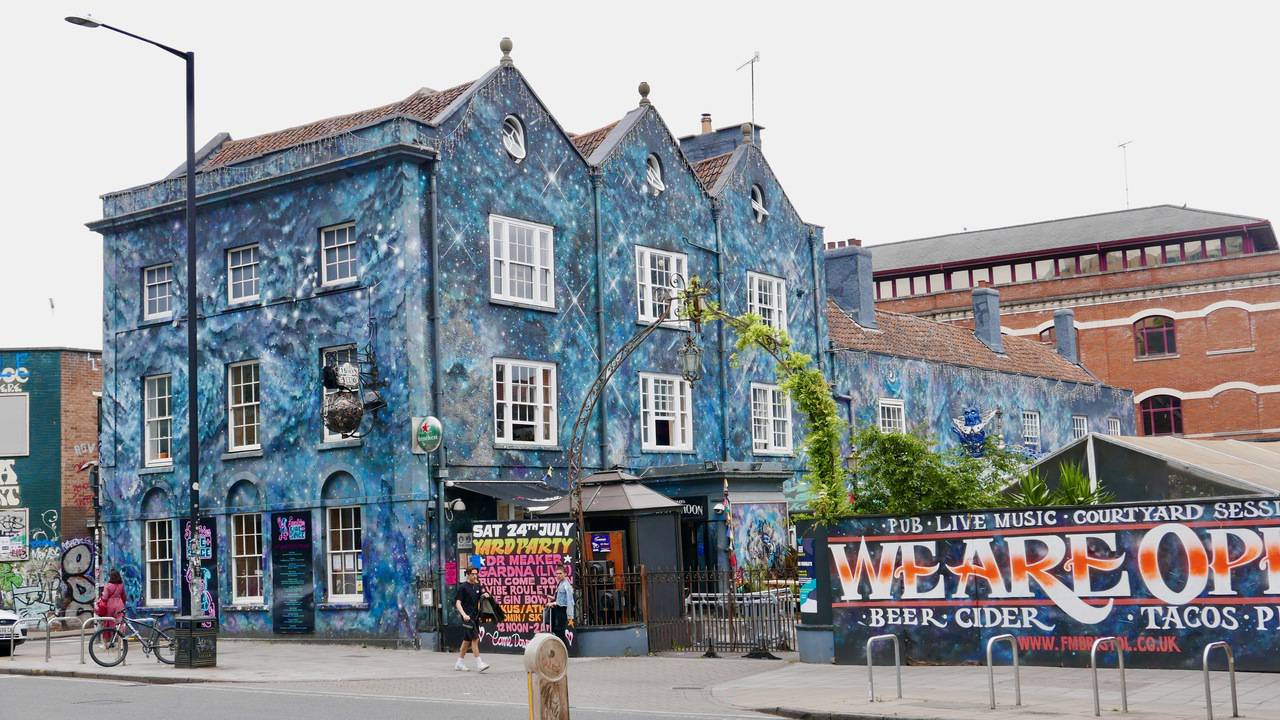 At the end of the tour, make the most of your location and explore Stokes Croft, which has some great alternative shops, bars and restaurants.

One of the jazzier buildings is The Full Moon & Attic Bar, which has been run by the same owners for two decades and is painted to look like a starry constellation. The bar regularly hosts live music and has a great beer garden.

If you’re getting peckish, drop by Caribbean Croft, a traditional Caribbean restaurant with a relaxed vibe, which serves the most delicious, spiced pork belly I have ever eaten.

Take a self-guided “Everything is Music” tour of Bristol

Bristol is well known for its live music scene and has produced bands including Massive Attack and Portishead. If you want to learn more about the city’s musical history you can take a self-guided tour using your smartphone via the “Everything is Music” digital museum.

The location-based and free-to-use platform launched this year in May, and all you need is your smartphone and a pair of headphones. Open the website (and have your GPS turned on) and you’ll see a map covered with pins pointing to music-themed venues, labels, artists and more.

As you explore the city, notifications will pop up and you can access all kinds of information including stories, interviews, songs, Youtube videos and even 4D audio visualisers (hence the need for a smartphone).

View the Clifton Suspension Bridge from the camera obscura 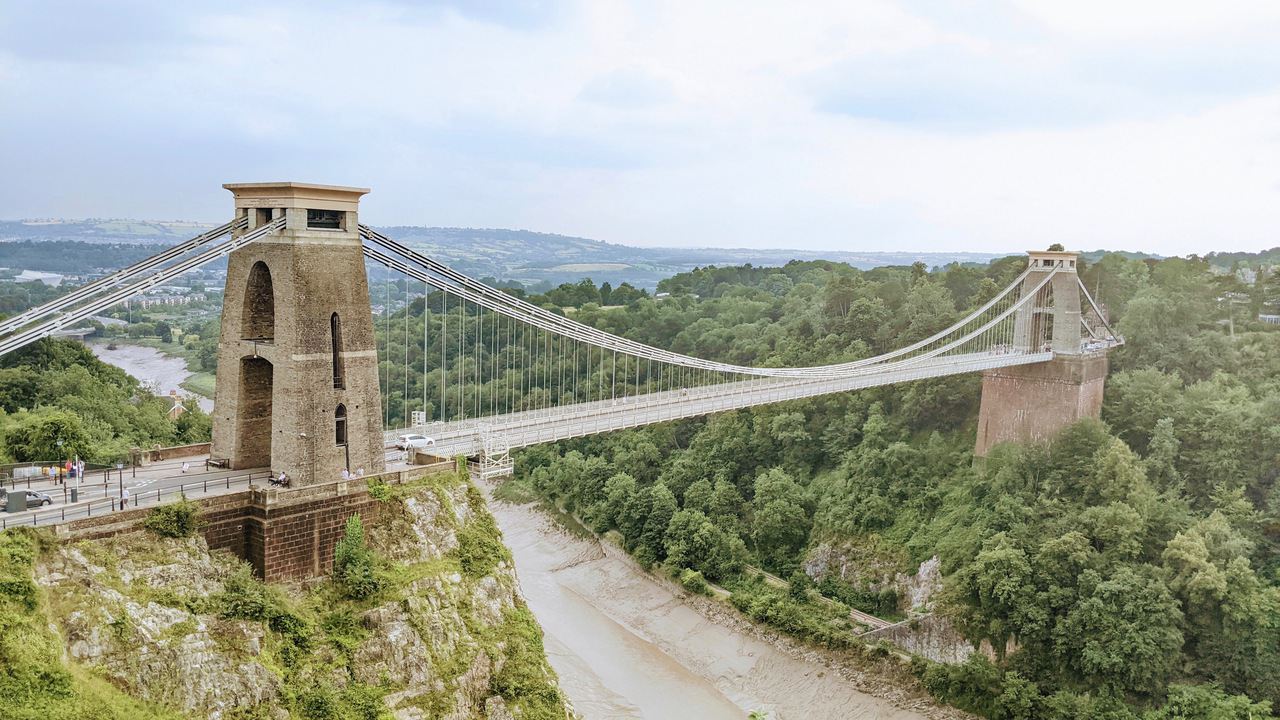 Bristol’s most famous landmark has got to be Clifton Suspension Bridge, designed by  Isambard Kingdom Brunel. The bridge was built across Avon Gorge in 1864 and attracts tourists from all over the globe thanks to its impressive views and eye-watering height (101m above the water).

Head to Clifton Observatory and buy a ticket to visit The Giant’s Cave and Camera Obscura for unique views of the bridge. Make your way down 130 steep steps to the Giant’s Cave, which was once part of a small chapel in 305AD. Bristol folklore tells of two giants who lived there, Goram and Ghyston.

The Camera Obscura sits atop Clifton’s Observatory tower and is one of only three working Camera Obscuras in the UK. The Victorian designed “camera” uses a series of lenses and mirrors to reflect a 360 panoramic picture of the suspension bridge.

Paddle Board along Bristol’s harbour 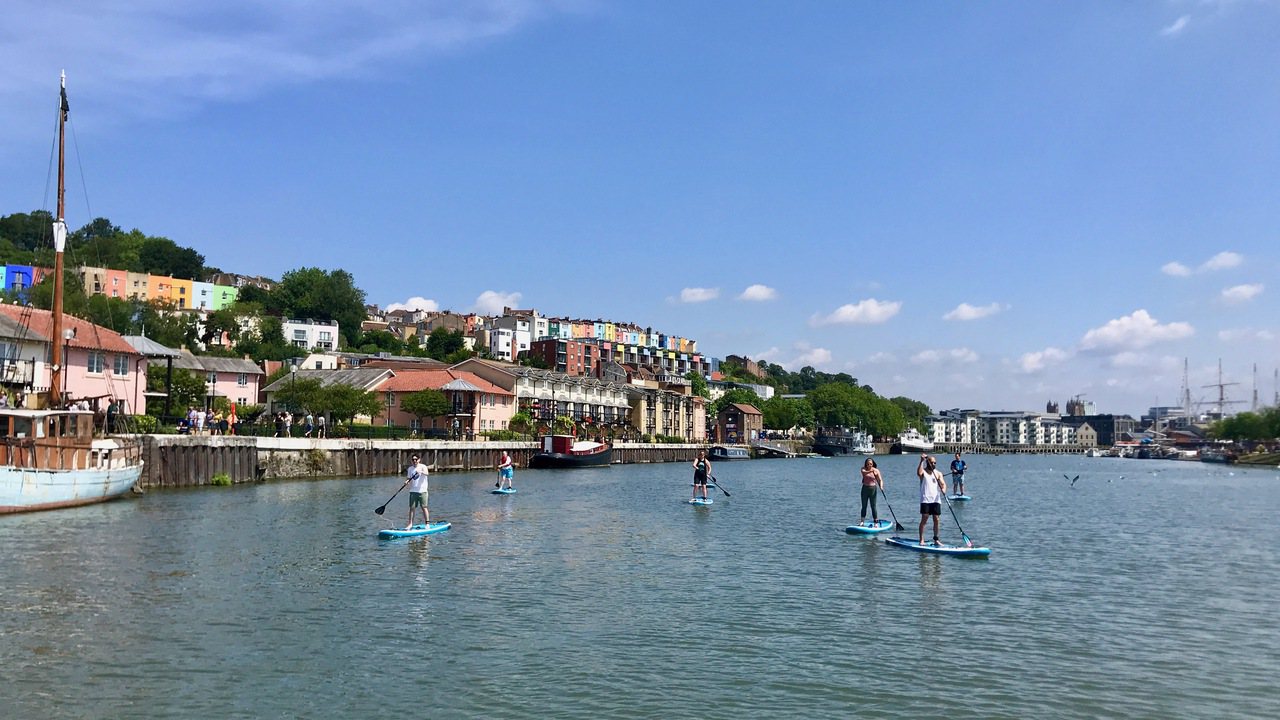 This family-friendly watersport involves propelling oneself (either sitting or standing) along the water on a wide inflatable board. We took part in a 1.5-hour taster session with the award-winning SUP Bristol.

The weather gods were on our side for the entire morning, and as we coasted along the water, past the SS Great Britain and the replica of The Matthew of Bristol (the ship sailed by John Cabot in 1497 from Bristol to North America), I felt a sense of total calm and contentment. We were also lucky enough to paddle past Christopher Walken as he was getting filmed for the upcoming BBC One drama The Offenders. Never a dull moment in Bristol!

SUP Bristol also offer family and harbourside adventures as well as courses and subscriptions. All equipment is included – bring yourself and clothes you don’t mind getting wet.

Channel your inner child at ‘We the Curious’ 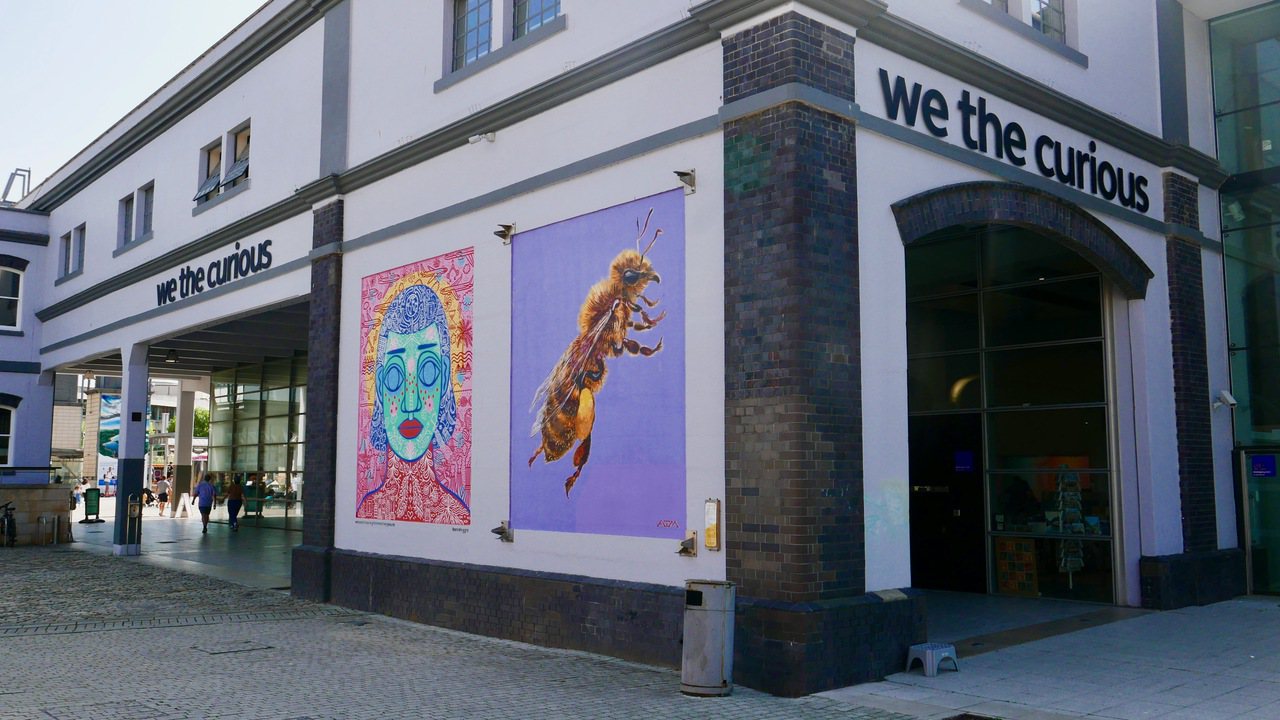 Bristol’s Harbourside is also home to We The Curious, an interactive museum and educational charity inspired by science and human curiosity. They are currently exhibiting a new exhibition, Project What If, based on questions asked by the people of Bristol, covering themes such as illness, rainbows, happiness, the universe, the soul and invisibility.

There are 68 new exhibits and 25 art pieces, most of which are highly interactive. As I explored the exhibition I tried on an invisibility cloak, tested what I would look like in 50 years, recorded a message for the little green men and had a conversation with a robot. The exhibition is simply wonderful – I felt like a child again and it was so fun and interesting.

Board the SS Great Britain 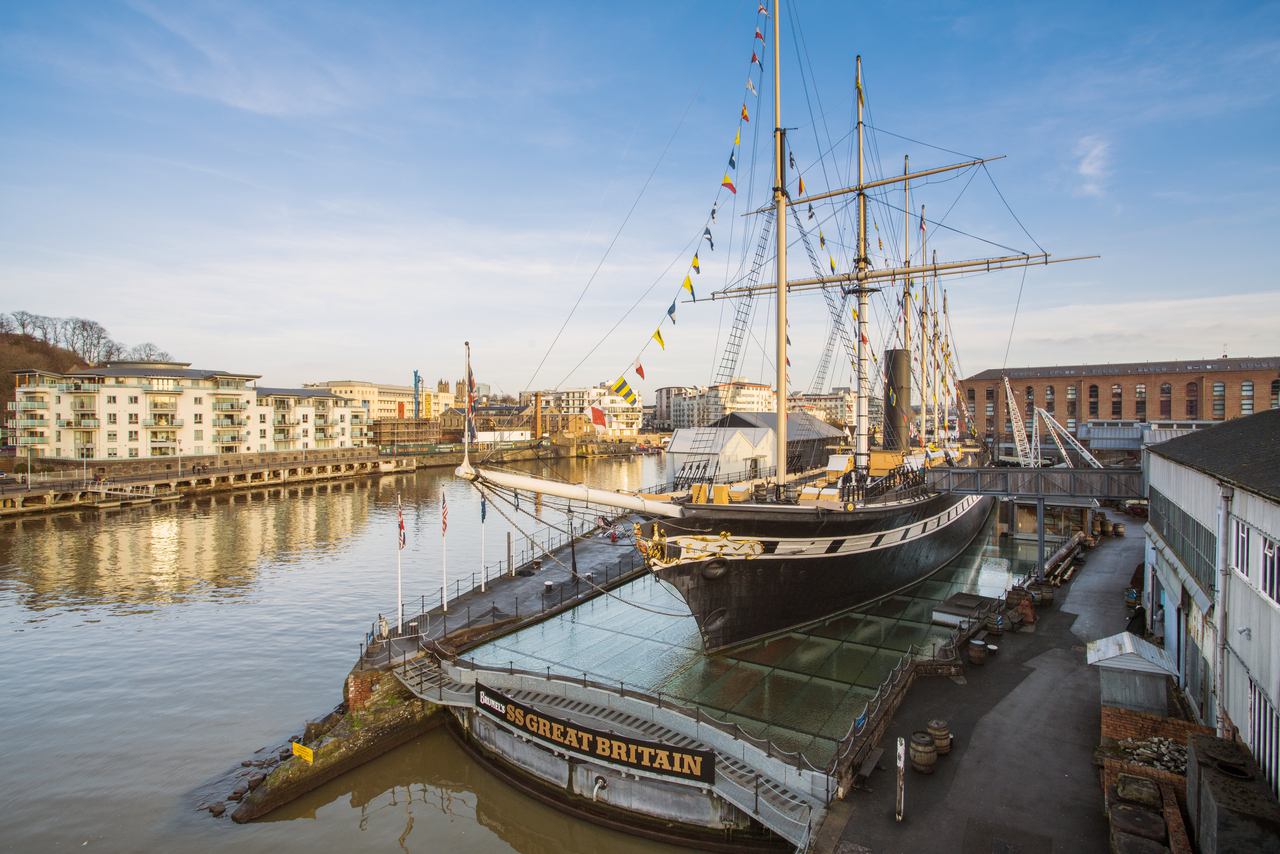 The Clifton Suspension Bridge wasn’t Brunel’s only brilliant design. The SS Great Britain, once the longest passenger steamship in the world, was advanced for her time and journeyed to the furthest reaches of the globe, from New York to Australia. After being retired and then eventually abandoned in the Falkland Islands, she was rescued and brought back to Bristol, and turned into a rather brilliant museum.

The museum takes you on a journey through the ship’s history and her unusual construction, before boarding and exploring her inner galleys. You can also take a wander around the docks, and learn more about Brunel in the “Being Brunel” exhibition.

Have lunch at Cargo 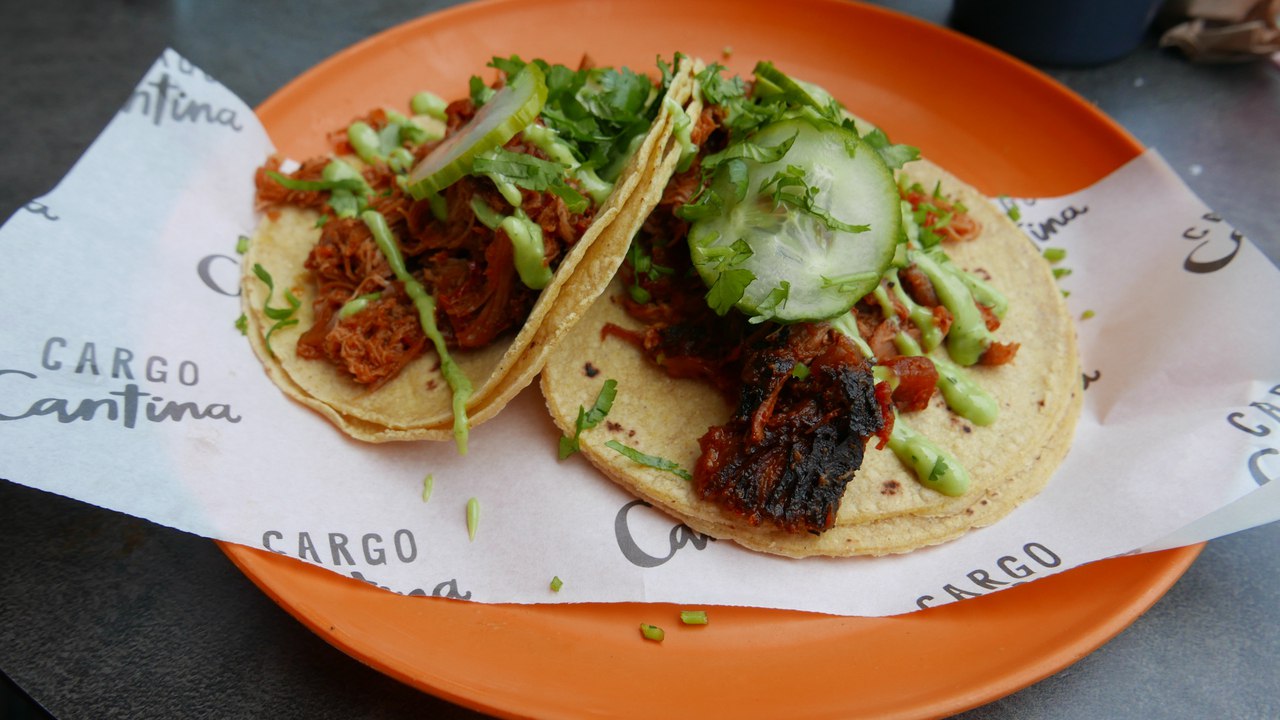 Just a 10-minute walk from the SS Great Britain is Cargo at Whapping Wharf, a collection of re-purposed shipping containers that have been converted into food outlets offering a range of international cuisine. It’s best just to rock up and see where there’s space – we ended up at Cargo Cantina, inspired by authentic Mexican cantinas and specialising in tacos and burritos, as well as ice-cold beer and cocktails. I opted for the Hibiscus Margarita and chicken tacos, with a side of tortilla chips with oozy melting cheese and lots of dips – yum!

Meet bears and wolves at The Wild Place Project 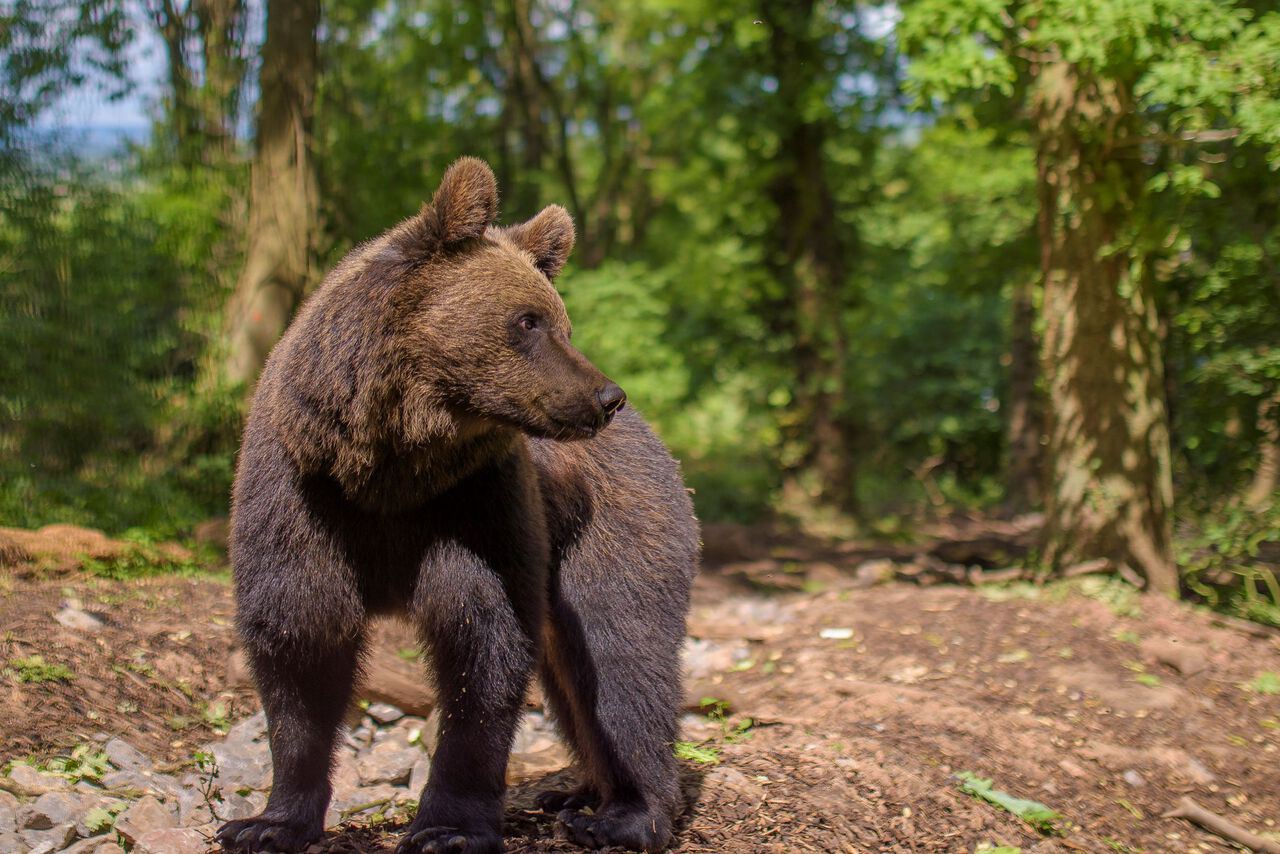 If you are keen on a wildlife-themed activity with the kids then you can’t go wrong with a visit to the Wild Place Project, a 50-acre wildlife conservation park located on the edge of Bristol which opened in 2013.

The project is conservation-focused and the layout is designed to provide a more natural habitat for the animals. One of the highlights is exploring Bear Wood, home to four “extinct” British species – bears, wolves, lynxes and wolverines – who roamed these lands many centuries ago. Walk along raised walkways through the dense woodland and observe these animals from up high.

Watch a show and dine at the Bristol Old Vic

The Bristol Old Vic is a real institution in Bristol – it is the oldest continuously working theatre in the English speaking world, has recently undergone a major refurbishment. You can find out what’s on here.

As part of the refurbishment, there is a new glass-fronted café, restaurant and bar. The restaurant has recently partnered with the popular Italian Pizzarova, which specialises in serving handmade sourdough pizzas, to launch Pizzarova x Grano Kitchen. We dined here on a Sunday evening. The service was great and the food and wine were delicious. It’s the ideal place to have a bite to eat before a show.

Where to stay: The 4* Bristol Harbour Hotel is in a wonderful location close to the harbour and has a spa, gym, restaurant and speakeasy-style bar. The service here is exceptional and we felt like we were in a 5* hotel during our stay. Read our hotel review here.

Getting there: Bristol is ideally situated for road access from London as well as from the north and east of England, as it is situated at the intersection of the M4 and M5 motorways. You can also travel by train to Bristol Temple Meads, the largest rail hub in the West of England.

Top tip: Bristol is very much a city for walking. The buses aren’t great and its hilly nature means that you have to be a certain type of lunatic to want to cycle.

For more information check out https://visitbristol.co.uk/