Home WorldEuropeLithuania What There is to See and Do in Klaipėda, Western Lithuania
LithuaniaTravel Articles

What There is to See and Do in Klaipėda, Western Lithuania 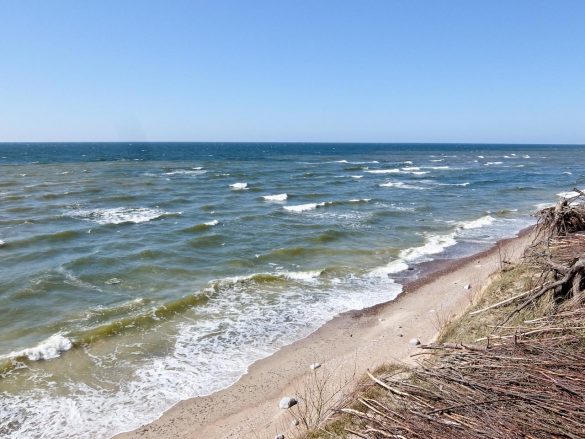 Where Lithuania meets the Baltic Sea, golden sands backed by pine trees and dramatic cliffs, above pristine waters, are a magnet for both local and international holidaymakers.

Flights arrive at Palanga, the main resort, perfect for families, where forest paths lead inland to wooden farms and small villages. South of here is Klaipėda, Lithuania’s main port with more beaches nearby. Stretching the length of the coast is the Curonian Spit, a long sandbar, relatively underdeveloped, with diverse birdlife.

The third-largest city in Lithuania belonged to Prussia until the end of WW1 when it was known as Memel. Indeed it briefly became the capital of Prussia in 1806 when King Frederick Wilhelm II was trapped here by Napoleon’s troops. In 1923 it became Klaipėda, after Lithuanian soldiers marched in and seized it for their country. All that changed in 1939 when Hitler sailed into the harbour and was welcomed by the largely German population.

During WW2, the port was used as a Nazi submarine base and fierce fighting destroyed much of the city. Rebuilding was carried out after the war although one tower of its red-brick castle survived, nestling inside immense earthworks. Some of the old town was also left intact and it sits on one side of the Danė River. Wander the cobbled streets, with their distinctive Prussian architecture, and admire the modern sculptures on every corner.

Once Lithuania’s only port, Palanga was destroyed by the Swedes in 1710. Later, in the 19th century, its long sandy beach backed by sand dunes, made it the perfect location to construct a resort. Elegant villas were erected, all spires and gables and the wooden pier extended to nearly half a kilometre. Today its scented pines and parks still retain the spa town atmosphere.

Running inland from the sea is Basanavičiaus gatvė, the main pedestrianised thoroughfare crammed with restaurants, bars, shops and amusements. Occupying the south of the town is Birute Park, a huge expanse of parkland with manicured lawns, extensive flower beds and exotic tree species. In the centre is, the Neoclassical Tyszkiewicz Palace, housing an Amber Museum with over 20,000 exhibits.

Located on the hills east of Palanga, Kretinga was put on the map in the 17th century by a victorious Lithuanian General. He built the first church here and established a Franciscan monastery. Later the town became a key commercial centre, on the trade route between Russia and Prussia.

Today, the monastery Church of the Annunciation dominates the town square and inside is a Baroque marble high altar, actually made of painted wood. Nearby is the palace built by Jozef Tyszkiewicz in the 1890s and now occupied by the Kretinga museum. Tacked onto the side is Tyszkiewicz’s Winter Garden, a bell-shaped glass conservatory, packed with palms, ferns and cacti. Pillars surround a fountain at ground level and above are elaborate wrought-iron balconies.

Running parallel to the coast is the Curonian Spit, a 97km sandy promontory and a UNESCO World Heritage site. The southern half is Russian but the Lithuanian section is now a protected National Park with a unique ecosystem, home to huge colonies of cormorants. Over the years, Baltic winds caused the dunes to shift progressively eastwards, devouring fishing villages.

The only way to get here is by boat, as there are no bridges. Out of four small settlements, the most attractive is Nida, 3km from the Russian border. From the late 19th century it was a German artists’ colony and writer Thomas Mann spent three summers here from 1930. His house is now a museum detailing the history of his stay.

The town, all brightly painted wooden fisherman’s houses around a marina packed with boats, has a brand new Mizgiris Amber Museum with state-of-the-art interactive exhibits. South of the village is Parnidis Dune, the mother of all dunes at 52m high. There are 180 steps to the top where you stare over pristine sands over the border into Russia.

Back on the mainland, on the other side of the Curonian Lagoon, Dreverna is a former fishing village, now a new resort. It offers cruises on an antique sailboat and special tours to discover local culture. There’s Lithuanian traditional dancing, tastings of the fruit wines from Memel Winery and heritage dishes in the restaurants.

STAY: The National Hotel is in the heart of the old town in Klaipėda.

Atostogų Parkas is a huge spa and wellness resort near Palanga.

The Nerija Hotel is cosy base in Nida and has an excellent restaurant.

INFO: Lithuanian Travel has information about the country

Klaipeda Travel has information about the city.

Visit Kretinga has information about the town.

Visit Palanga has information about the resort.