The Swiss resort of Andermatt is being transformed with new hotels, apartments and chalets plus a complete revamp of the ski infrastructure. 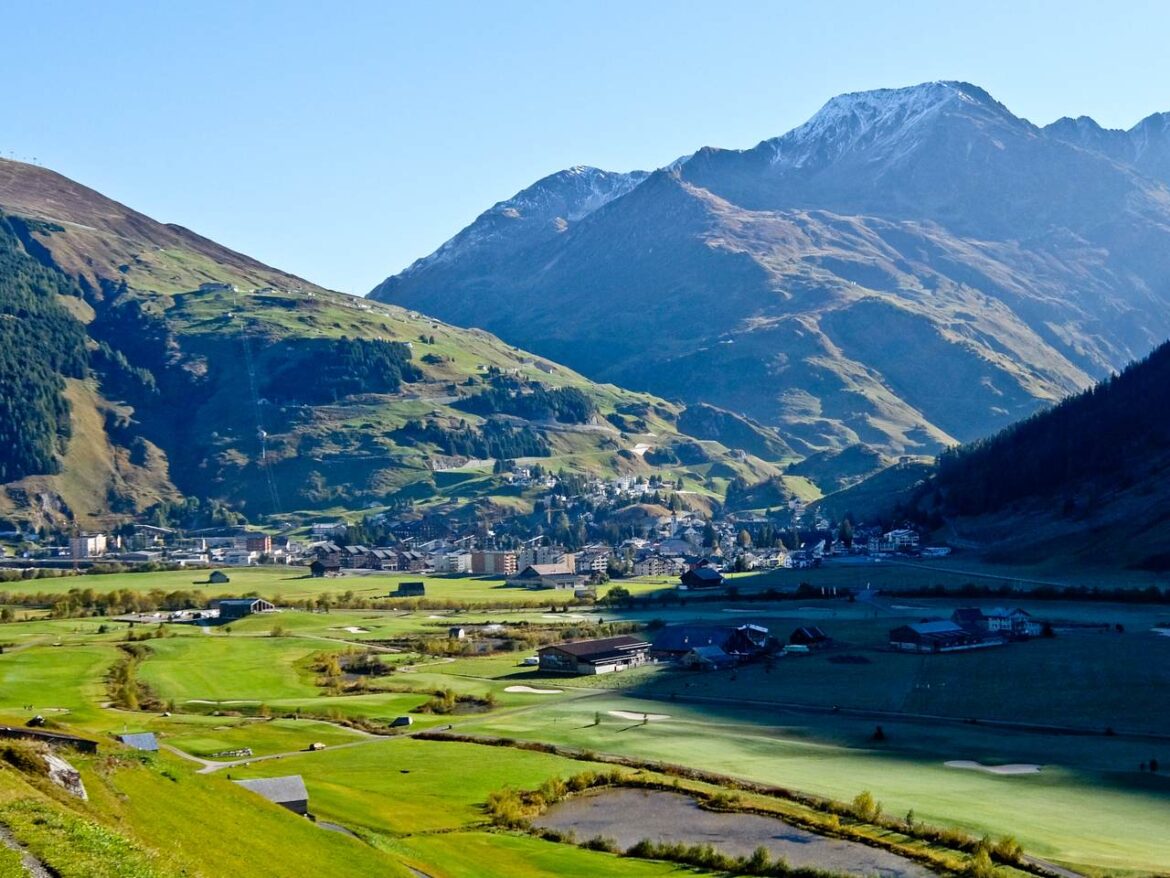 Located strategically at the crossroads of Switzerland’s north-south and east-west passes, Andermatt has always been important for tourism.

When the St. Gotthard Pass became navigable by horse-drawn carriage in 1830 it became a fashionable spa resort with distinguished visitors including Queen Victoria. That all came to an end in 1882, with the opening of the railway tunnel, and the town was wiped off the tourist map.

In 1886 the army moved in and it became one of the country’s most important military bases because of its strategic position. Bunkers, storerooms and barracks were constructed inside the mountains to serve as the ultimate refuge in case of an invasion. At the end of the cold war, all those fears vanished, and most of the soldiers moved out in the 1990’s. The departure of the military was a serious setback for the town.

Enter Egyptian billionaire Samih Sawiris, with a grand vision for the area and plenty of money to realise it. He started by opening the five-star deluxe Chedi Andermatt in 2013, an astounding building combining wood and stone with Asian flair. With 169 opulent rooms, a 6,000-bottle wine cellar, and gourmet dining, including a Michelin-starred Japanese restaurant, it soon became a destination in its own right. That was just the beginning and eventually, the plan is for six hotels and 42 apartment buildings.

It’s been a few years since I last visited and, as I step out of the train, I’m amazed by the transformation. Tall cranes reach to the sky and a modern resort, Andermatt Reuss, has risen where there were once derelict army barracks. I’m staying in the brand new Radisson Blu Reussen. It sits on the attractive Piazza Gottardo, an open square surrounded by stylish apartment blocks, shops and a café. Below is an 18-hole golf course, six kilometres long, stretching up the valley.

The mountain infrastructure has also been redeveloped with a gleaming gondola replacing the old ski lift to the top of the Gütsch peak. At an elevation of 1,444 meters, Andermatt’s ski season lasts from November to May and there are over 1890 hours of sun per year. It’s the largest ski area in central Switzerland with over 180km of slopes and 33 ski lifts. 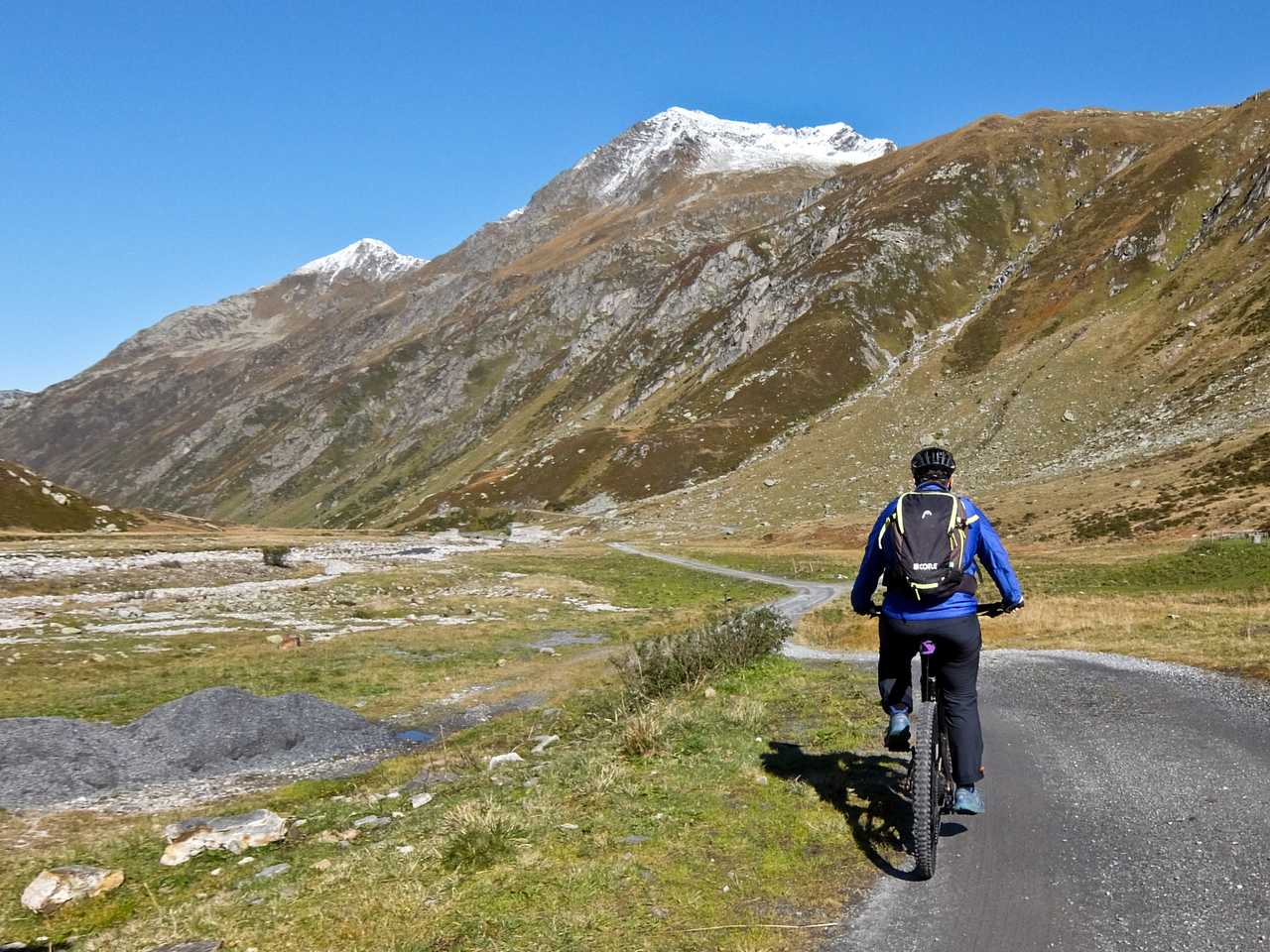 I’m here just before the snows, making the most of the warm autumn days and excellent visibility. Mountain E-biking is popular in the Alps and I set off up the valley to the Vermigelhütte at just over 2000m. Farmers are collecting their sheep for the winter and we’re forced to stop as they try to herd the animals into their trailers. There’s already snow on the peaks and it’s an exhilarating climb up to the mountain hut. A group of technicians, already working on the ski trails, are enjoying a late morning coffee and we tuck into warming soup and sausage.

Later that day I try out the new express gondola up to the top of the Gütsch at 2300m.  As well as renovating the cable car, there are now two Michelin starred restaurants here. One is Japanese, an outpost of The Chedi, the other, run by renowned Swiss chef Markus Neff, offers inventive cuisine with local products. 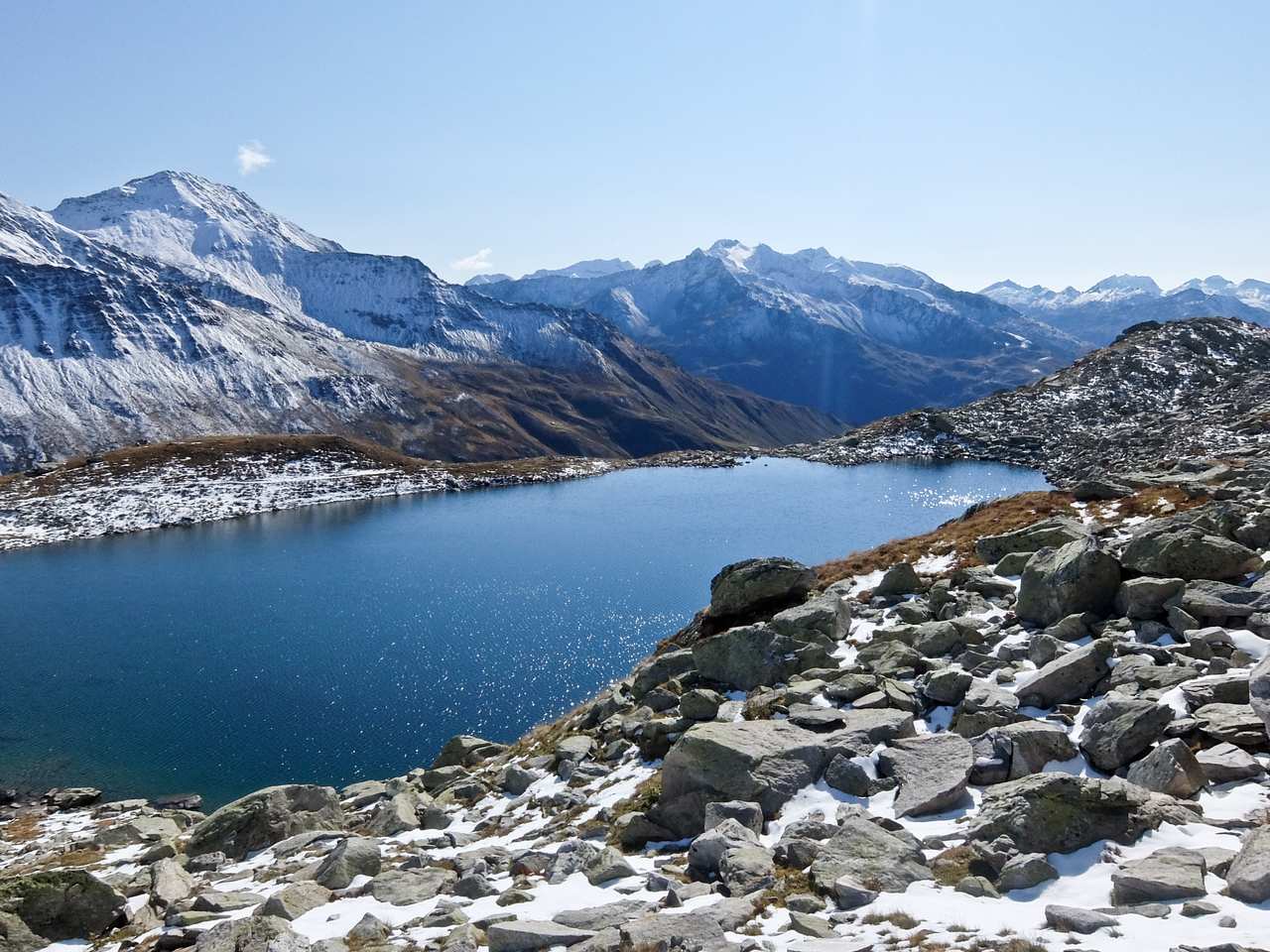 I wander along a mountain trail, through freshly laid snow to the attractive Lutersee, a mountain lake where you can bathe in the summer. From here it’s possible to climb up to the mid-station of the Schneehüenerstock Express, where you can take the gondola down to the Oberalp Pass and return to Andermatt with the Matterhorn Gotthard Railway. Unfortunately, I’ve run out of time so I return the way I came. 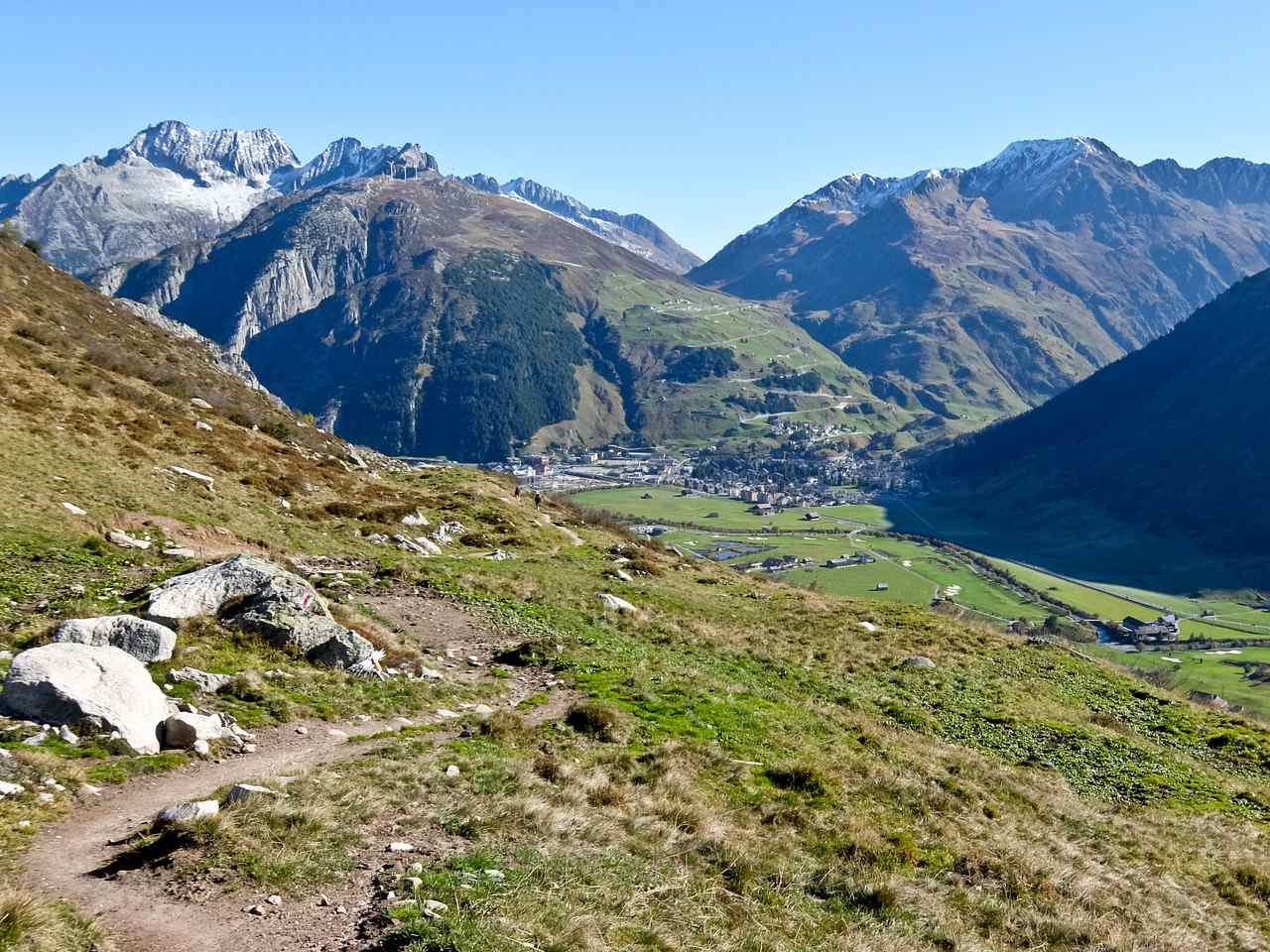 The next day I leave my bike behind and set out on foot across the golf course following the Reuss River which runs along its edge. Soon I’m climbing steeply up the side of the valley in a series of zigzags to 2200m, the golfers below just small dots in the green. Up here, there’s nobody, and I follow the path along the contour to just above the village of Realp. The descent is easy, down through the forest to the station, where I catch the narrow gauge Glacier Express back to Andermatt.

The new redevelopment is already a success with space in the ten finished apartment blocks sold out. Four more are under construction and two are at the planning stage.  They cleverly combine traditional materials with modern construction, technology and sustainability. I’m impressed with the architecture which successfully integrates the modern with traditional Alpine style. This is truly a town of the future.

INFO: Andermatt Swiss Alps has information about the town.

TRAVEL: SWISS offers more than 160 weekly flights from London City, Heathrow, Manchester, Birmingham, Edinburgh and London Gatwick (seasonal) to Zurich or Geneva. One way fares start from £76 to Zurich and £54 to Geneva including all taxes, fees and surcharges, one piece of checked and hand luggage.

The Swiss Travel Pass offers unlimited travel on consecutive days throughout the rail, bus and boat Swiss Travel System network. This pass also covers scenic routes and local trams and buses in around 90 towns and cities.  The Swiss Travel Pass also includes the Swiss Museum Pass, allowing you free entrance to 500 museums and exhibitions. Prices from £186 for 3 days in second class.

STAY: Radisson Blu Reussen makes a comfortable base, with a swimming pool and an excellent restaurant.

EAT: Either of the restaurants in the Chedi Andermatt guarantees a very special dinner.

Q&A: How do I prove I have had a booster jab? UPDATE 19 November

Switzerland has always been on my bucket list since my college, I would like to explore other travel destinations in swiss. I always wonder how beautiful this country is and fortunate people live in fairytale towns.
#Parker thank you for the details, would you write about the best places to visit in Switzerland within the budget.

Switzerland, although beautiful, is expensive so it is difficult to do on a budget. However Interlaken, Lausanne, Lucerne and Zermat are definitely worth visiting.