Home WorldEurope Where in the world can you buy the cheapest beer?
EuropeTravel News

Where in the world can you buy the cheapest beer? 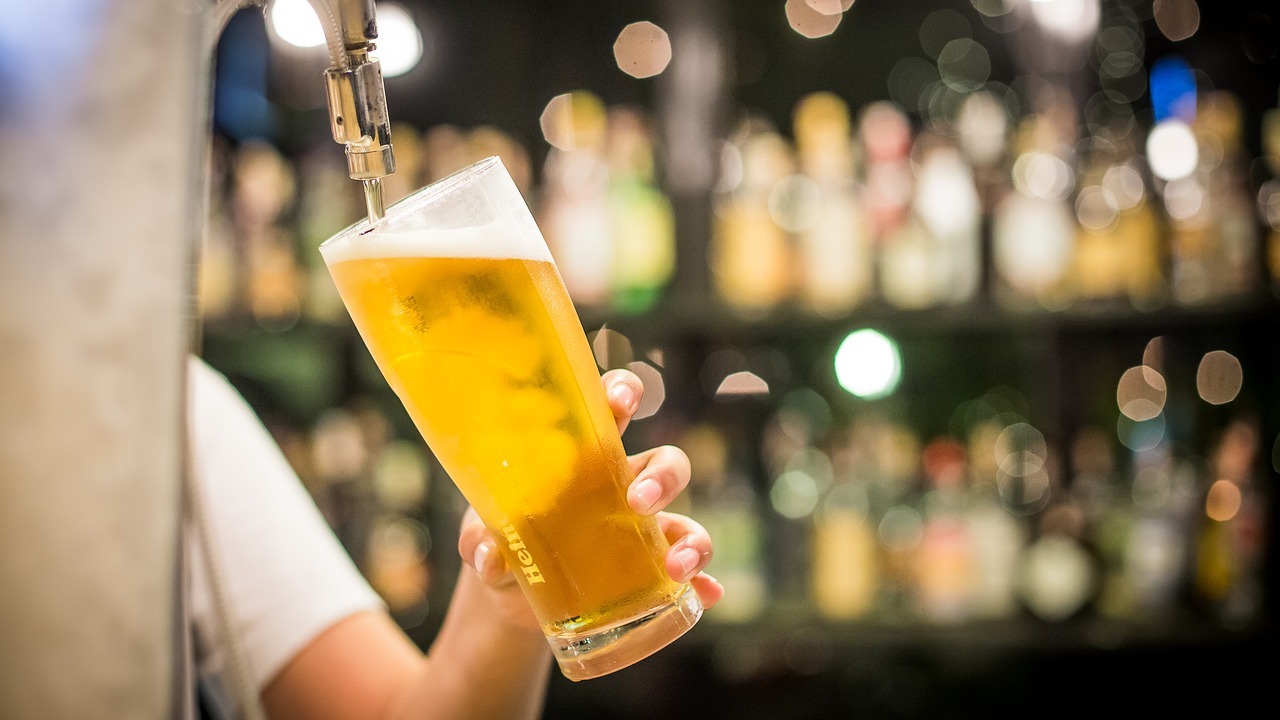 Oslo is the most expensive city in the world to buy a beer while Warsaw is found to be the cheapest.

According to the GoEuro Beer Price Index, buying a beer in the Norwegian capital will set you back an average of €3.55, a cost significantly higher than in Zurich (€3.04) and Tokyo (€3.03) in second and third place respectively.

The study calculated the average cost of buying a 33cl bottle of some of the world’s most well-known beers in a regular discount store in 40 major cities across the globe. 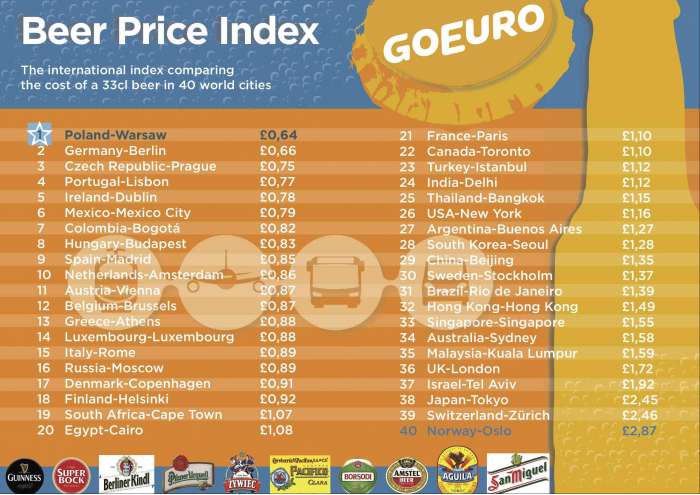 As Naren Shaam, CEO and Founder of GoEuro, points out:

Beer is popular in every country in the world and it’s a staple ingredient of almost every holiday. In this sense it’s a great way of getting a feel for how expensive, or cheap, a city will be for travellers from around the world.

Many of the cities positioned among the Top 10 most expensive destinations in the world provided no surprises as London (€2.13), Singapore (€1.92) and Hong Kong (€1.84) all featured high up in the rankings. The appearance of Rio de Janeiro in tenth position, with an average cost of €1.72, may turn a few heads but is in reality an indication of Brazil’s rapidly escalating living costs and gives travellers a small insight into the cost of attending this month’s World Cup.

At the other end of the scale, Poland’s capital Warsaw was found to be the cheapest city for buying a beer, with an average cost of just €0.79. Meanwhile, both Germany and the Czech Republic lived up to their reputations as beer-friendly countries. The study showed Berlin to offer the second-most affordable beer at an average cost of €0.82, while Prague followed closely behind with €0.93.

The study was carried out across 40 cities around the world using 33cl bottles.

Are you surprised by the results or did you expect these cities to be the cheapest/most expensive? Leave a comment!

7 of the most beautiful gardens you should visit