Rupert Parker explores Estonia starting at Narva, on the Russian Border, and finishes in Tallinn, the vibrant capital. 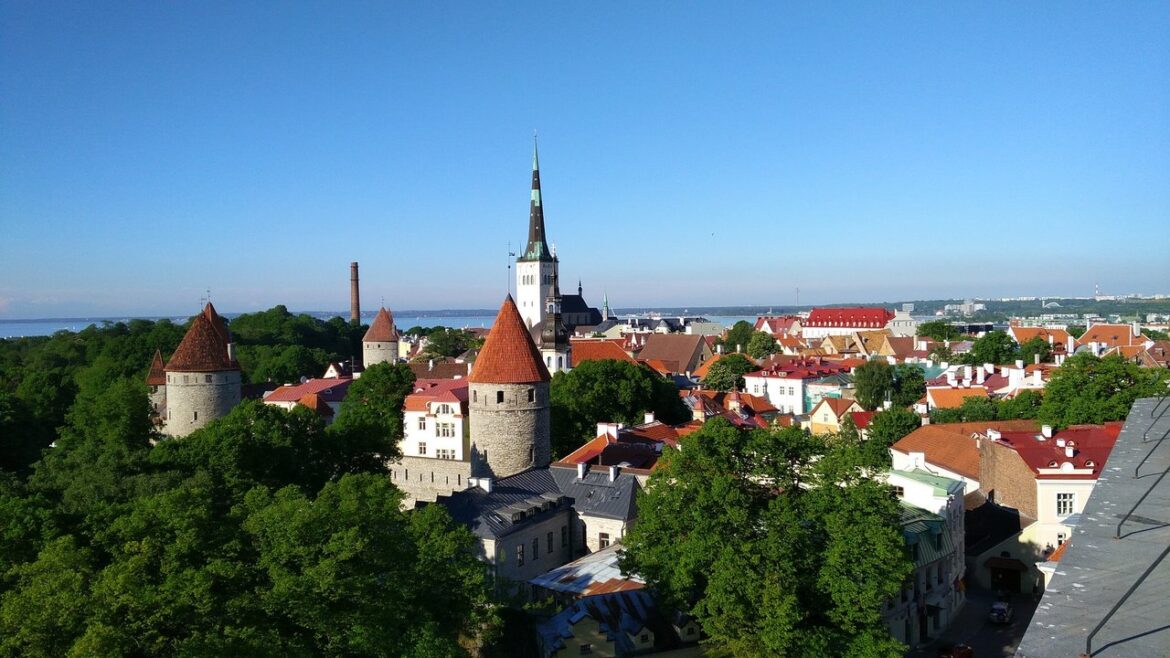 Estonia is one of the three Baltic countries, including Latvia and Lithuania that lost their independence after WW2 and were forced to join their bigger neighbour, the Soviet Union. Although that time is still a recent memory, Estonians are firmly looking forward and there’s a welcome optimism in the air.

In the far east of the country, the other bank of the Narva River is Russia and a solitary patrol boat is keeping Estonian fishermen on their side of the water. 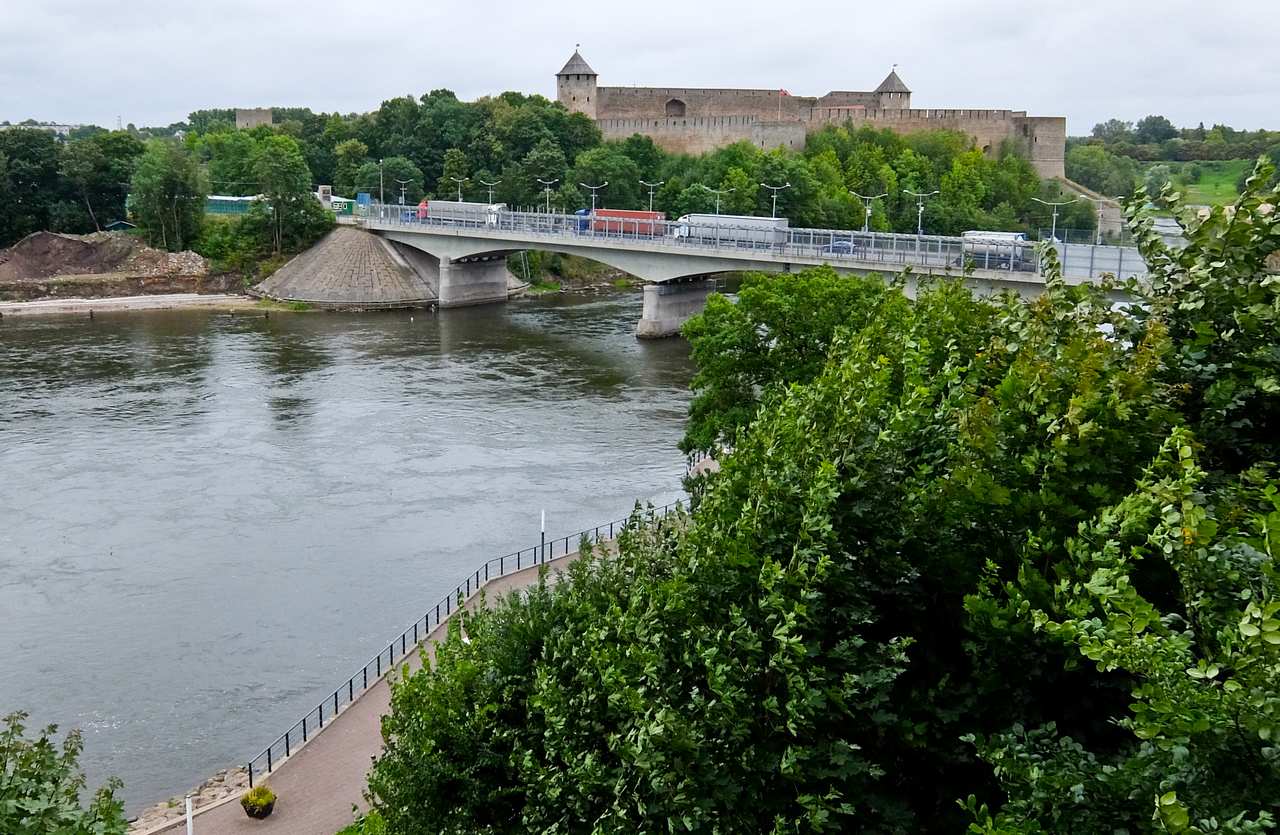 The Friendship Bridge connects the two countries, big trucks queuing to cross the international border, but otherwise, all is calm. It’s just 30 years since Estonia became independent, after the collapse of the Soviet Union and a lot of water has flowed under the bridge since then.

The majority living in Narva still speak Russian and the former industrial city is waiting for redevelopment. The Kreenholm Manufacture was the largest textile complex in Europe and the most modern in the Russian empire, with 20,000 workers at its height. It finally closed in 2010 and everything was ripped out leaving just a shell. It’s an extraordinary place, occupying a huge site on an island in the middle of the river, and the 19th century buildings are protected, just dreaming of new projects. 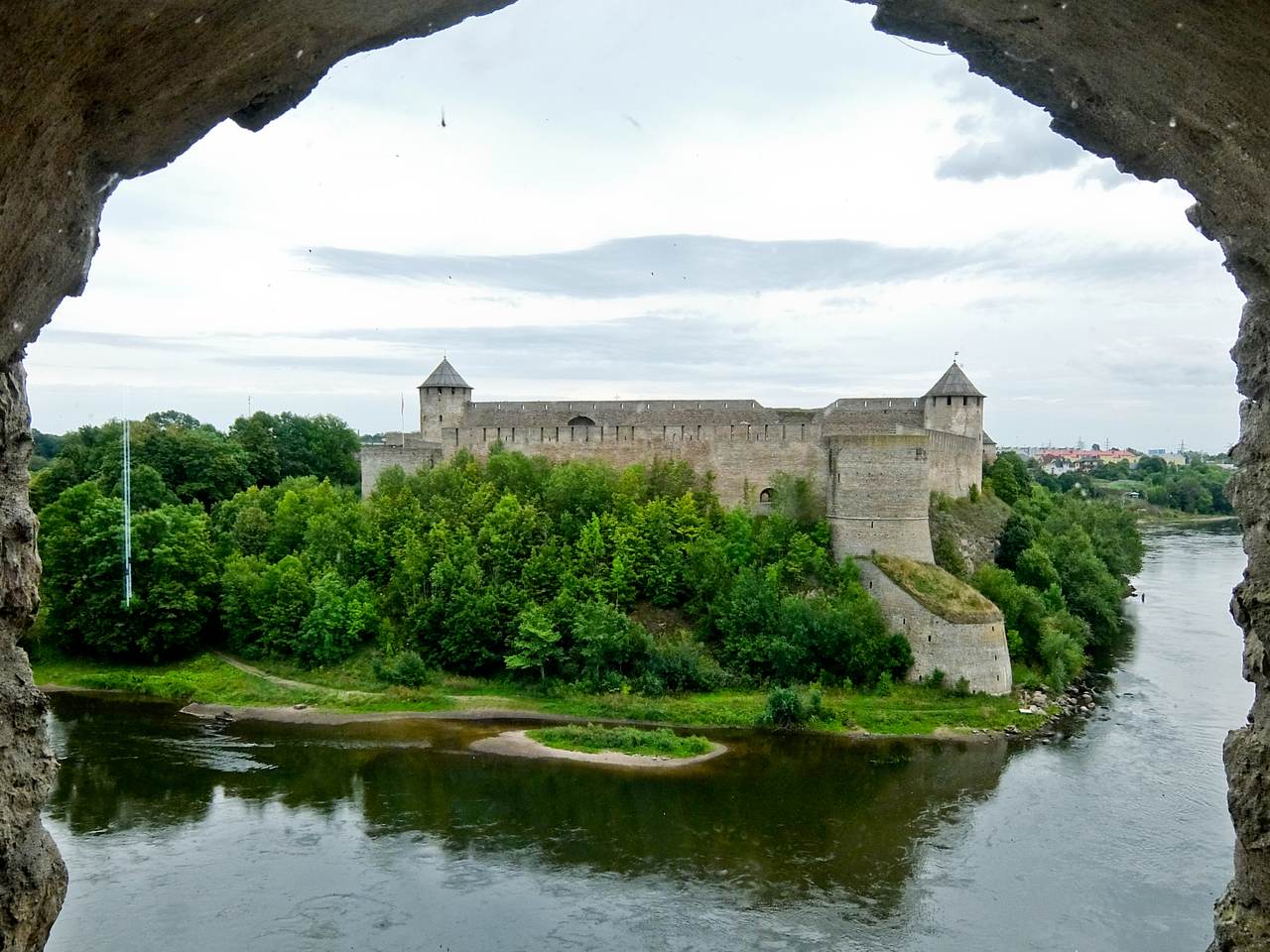 The future is brighter for Narva’s castle, dating from the 13th century and one of the best-preserved in Estonia. Topped by the 50m Hermann Tower, it faces its Russian counterpart, the Ivangorod Fortress, on the other side of the river. Inside is an excellent interactive museum detailing history through the ages and the surrounding grounds house one of the few remaining statues of Lenin in Estonia. From here it’s possible to take a cruise to the nearby spa resort of Narva-Jõesuu with its long sandy beach.

30 minutes west of Narva-Jõesuu, Sillamäe was a 19th century summer resort popular with Russian artists and musicians including Tchaikovsky. It vanished from the map, however, after WW2, when Uranium was discovered here and a processing plant was built. Elite scientists and military came here to work and Stalinist Neoclassical buildings sprung up in the centre to house them.

It’s a rather attractive place with a wide stone staircase leading to the sea reminiscent of Odessa. The lavish chandeliers and pillars of the Cultural Centre house a museum in what was once a huge air-raid shelter.

I drive around 30 minutes east to Kohtla-Järve where a working mine has been transformed into a museum, complete with an underground railway. You get your helmet and overalls and set off to explore the depths after being fed a worker’s meal. Huge machines, encrusted in grime and rust, are powered into life by the guide, himself a former miner, and it becomes obvious why life expectancy was not very high.

Mining for Shale Oil started here in 1931 and the limestone spoil heaps, surrounding the mine, have now been converted into artificial ski slopes and off-road tracks. The area, once badly blighted by the fumes from the processing plants, has been reforested and the abandoned quarries are now attractive lakes. Estonia is now scheduled to end all shale oil production.

I arrive in the capital, Tallinn, and wandering around the delightful old town, there’s little sign of the Soviet era. Indeed, wandering the narrow, cobbled streets takes you back to the 15th century. It splits into two levels, the upper fortress, cathedrals and seat of government and the lower, the merchant’s houses and concealed courtyards of the Hanseatic League.

The port here played a major part in the trade between Russia and German cities on the Baltic between the 14th and 16th centuries and in the 20th was a base for constructing Russian submarines.

All are long gone and extensive development is taking place in Noblessner with new apartments, shops, galleries and restaurants. There’s even a group of Igluhuts grouped on the quayside, functioning as individual saunas.

Regeneration is also happening in the Telliskivi, the former industrial area on the wrong side of the railway tracks. Ten abandoned factory buildings house a variety of restaurants, bars and galleries including Fotografiska, an internationally recognised museum of photography.

There’s a flea market every Saturday and next door, the Baltic Station market houses 300 traders on three floors and includes food stalls, restaurants and antique shops

I’m just in time to catch the last couple of nights of Jazzkaar, the jazz festival, and sample the city’s culinary scene. Restaurants are of an extremely high standard, taking their cue from the New Nordic Cuisine that originated in Denmark. Estonian chefs have done their time overseas and are now returning, brimming with ideas of how to make use of the excellent local ingredients. Prices are reasonable and service is impeccable.

After the long lockdown, it’s refreshing to hear live music again. Jazzkaar has been postponed from April and has a strict policy of requiring vaccination or test certificates but otherwise, it’s business as usual. Of course, most of the musicians are local but I’m pleasantly surprised by the high standard and diversity. As well as the two main venues in Telliskivi, bands also play in restaurants and bars.

I do manage to catch British singer, Sahra Gure, delivering an impeccable set followed by Estonian band, DeLULU, whipping up the late-night Saturday crowd. The Janno Trump Clarity Ensemble successfully mix jazz and classical and are definitely not related to a certain former president.

Finally, I enjoy an exhilarating afternoon watching the 17 strong New Wind Jazz Orchestra puffing and blowing out the pandemic. No longer in the shadow of the Soviet Union, it’s fair to say that Estonia has also blown me away.

READ: The Bradt Guide to Estonia is indispensable and has just been updated.

EVENT: Jazzkaar is the biggest jazz event in the Baltics and usually takes place every April

STAY: Palace Hotel Tallinn is right in the centre.

Hotel L’Embitu is a brand new boutique hotel in Tallinn.

Saka Manor is handy for the Estonian Mining Museum.

Meresu Spa and Hotel is close to Narva.