There’s something relaxing about taking the train to the North Sea Jazz music festival and the Eurostar service takes just over three hours from London to Rotterdam.

From the station it’s a short metro ride to the North Sea Jazz festival site. If you have visions of wellies and mud, forget it, as it takes place indoors inside a labyrinth-like exhibition centre. The floors are carpeted, there are chairs and you only have to stand for three of its twelve stages.

The festival began nearby in The Hague in 1976 but moved here in 2012 and is now on its 43rd edition. Add to that impeccable organisation, so everything starts on time, great sound and a wide range of food and you have the recipe for a perfect three days.

The good folks of Rotterdam thoughtfully run the metro until the last act has finished and the festival is only a few stops from the centre of town. 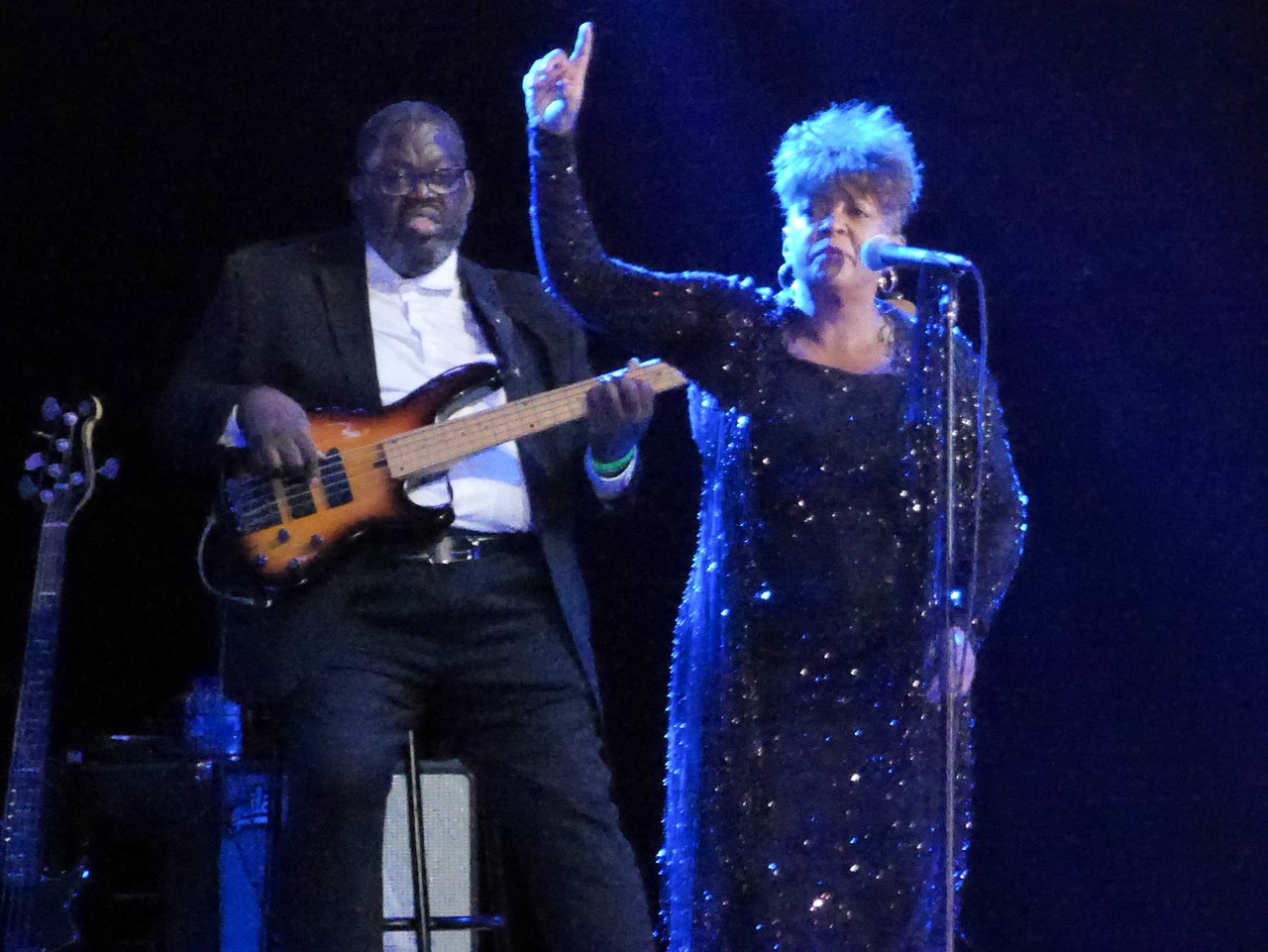 In spite of the name, the music is not limited to jazz. This year the recipe is the same as ever – big stars to bring in the punters, including Gladys Knight, Macy Grey, Lauren Hill, Anita Baker and even Bert Bacharach. The great oldies of the jazz world are no longer around, so I find myself exploring the different stages and hearing new people. What’s great is that many of the venues offer an intimate experience where you get to see the gestures and expressions of the musicians.

The artist in residence is pianist Robert Glasper who plays everything from hip-hop to bebop and during the weekend he does three sets. I miss the one with rapper Yasiin Bey (formerly known as Mos Def) but enjoy him in a trio setting which includes a cover of Prince’s Sign o’ the Times as well as a number of original tunes.

South African pianist Abdullah Ibrahim, now 84, is here with his band Ekaya, and he leads them through a comprehensive list of his back catalogue. It’s deep heartfelt music, coming from the dark apartheid years, and the audience feels the emotion.

Bobby McFerrin, at the centre of his vocal quintet, thrills with his display of vocalese although these days, he tends to let the others do the heavy lifting. Another veteran is saxophonist Gary Bartz and he celebrates the 50th anniversary of his Another Earth album by recreating it with Ravi Coltrane on tenor sax and Charles Tolliver on trumpet.

Bert Bacharach is the senior, at a shaky 93, and conducts his capable orchestra from the piano through a set of his greatest hits. There are so many that even if you don’t know the words, you find yourself humming along. It could be cheesy but it’s astounding how many songs he’s responsible for.

Two more divas, Macey Grey and Anita Baker, are also great crowd pleasers, with Baker particularly poignant as she’s on her farewell tour. Macey Grey simply belts out the tunes, even calling her mother in the middle of her set to tell her how great the Rotterdam audience is.

Tenor saxophonist Houston Person, backed by Hammond organ, digs deep into the soul groove, with his wonderful tone. Another survivor is Gladys Knight, in surprisingly good voice, and she can’t leave without delivering Midnight Train to Georgia before we take the midnight metro to Rotterdam Central.

Rotterdam is the largest port in Europe and, as a result, has a multi-ethnic population which gives it a vibrancy and diversity. This is reflected in the restaurants and the large Saturday open air market.

Sadly WW2 destroyed most of the centre but the planners responded to the challenge of creating a brand new city by looking forward rather than back.

Every time I come here it seems there’s a new building bustling with modernity and the iconic skyline boasts some of the most progressive architectural structures.

As you might expect there’s a rich cultural life with three galleries, the Kunsthal Rotterdam, Museum Boijmans Van Beuningen and the Netherlands Photo Museum displaying the most controversial art, both old and new.

Outdoors you can follow the Rotterdam Street Art Route, a seven-kilometre cycle ride past 28 wall paintings through the city centre.

TRAIN: Eurostar has a direct service to Rotterdam from London.

STAY: The nhow Rotterdam hotel is three stops on the Metro from the festival site.

Rotterdam Info has information about the city.

Holland has information about the country.

Summer picnic and gin cocktail at Bar 31, The Shard, London