In a stunning location, in Europe’s most southerly fjord, Kotor is a perfectly preserved Venetian gem. 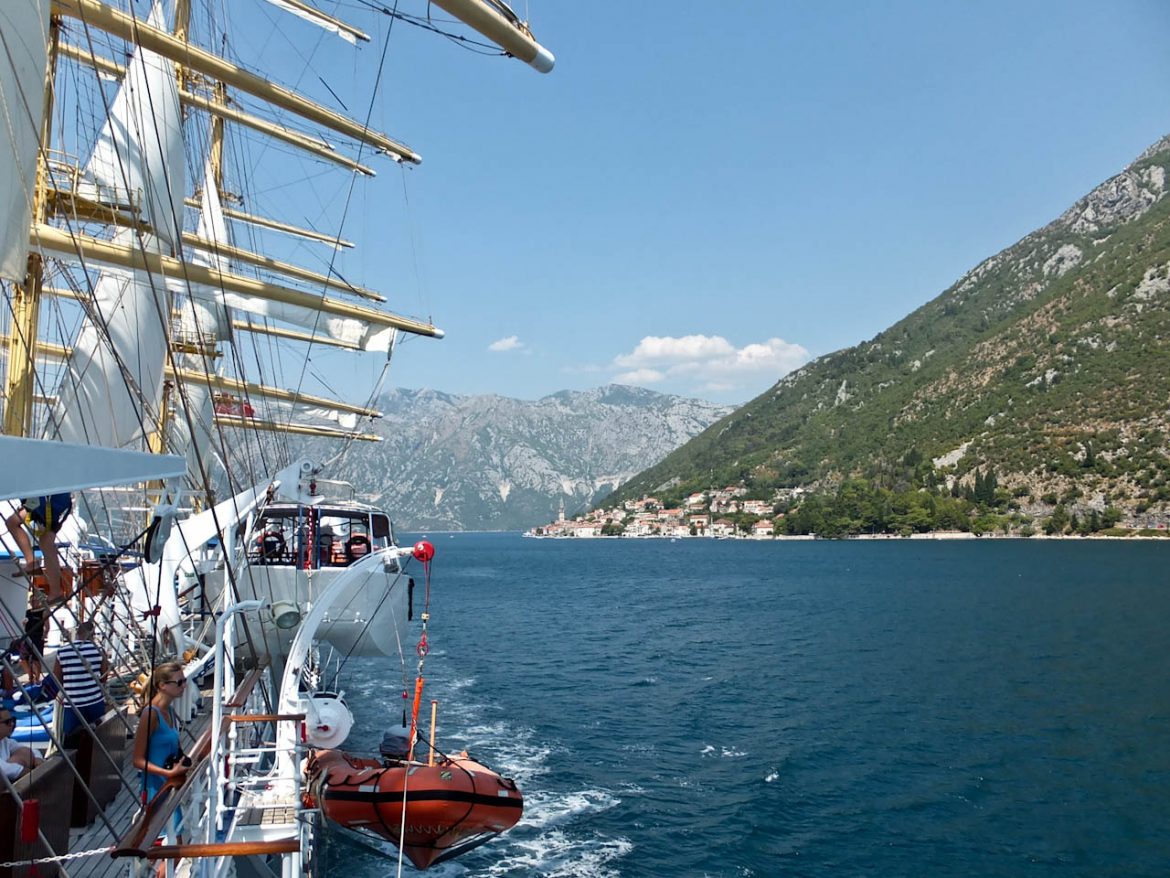 Tiny Montenegro tends to be overshadowed by its much larger neighbour Croatia but its rugged mountains, medieval villages and long strip of beaches make it stand out. In particular, the Gulf of Kotor, Europe’s most southerly fjord, is sprinkled with coastal churches and fortified towns such as Kotor, with forests clinging to the mountains above. I first came to Montenegro on a cruise ship anchoring in the bay, and vowed to return.

This time I fly into Dubrovnik, as there are more flight options, and drive into the country. I’m slightly surprised by passport checks on both sides of the border, but of course, Montenegro is not yet in the EU, although it uses the Euro as currency. Surprisingly, after the collapse of Yugoslavia, it used the German Mark, so they’re flexible about money matters here.

Kotor is as impressive as I remember, a compact Venetian maze of churches, leafy squares and restored palazzos. It’s surrounded by high walls that rise up high into the mountains above. Founded by the Romans, it belonged to Venice for 400 years before becoming part of the Austrian Empire until the end of WW1. It was almost destroyed in an earthquake in 1979, but it’s now been completely restored. 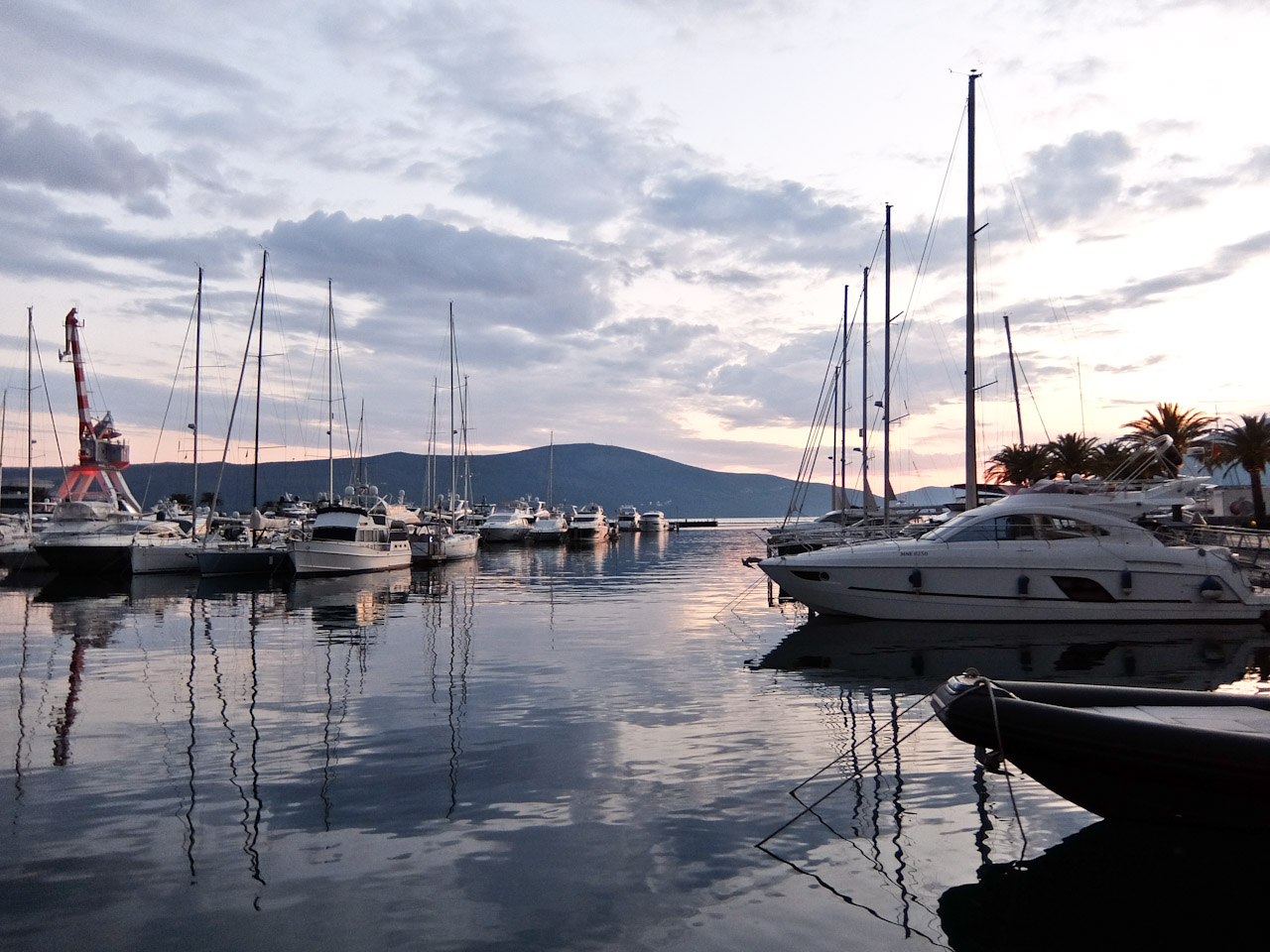 I’m staying just around the corner in the new development of Porto Montenegro, once the shipyards of the Yugoslav Navy but now transformed into a superyacht marina, bustling with oligarchs and designer stores. The views of Kotor Bay are stunning, and I even get to take a dip in the Adriatic at a pebbly beach just around the corner. Nearby is the Nautical Heritage Museum, with two Yugoslav submarines beached outside.

The best way to explore the area is on foot or by bicycle. A short cycle ride away is the Solila Special Nature Reserve, a wetland spanning 150 hectares and home to 111 bird species. A much longer excursion is to follow the coastline by bicycle, following a quiet track right by the water’s edge.

It takes me past tiny settlements, once the home of fishermen and sea captains who built ornate churches here. There are no large hotels, just simple rooms for rent and I pass guests enjoying their breakfast outside. After an hour I reach Kotor but carry on further, hoping to reach the ferry which will take me back to Porto Montenegro. It’s too ambitious, so I retrace my route, stopping to linger in Kotor for a refreshing cold beer.

Hikers are well catered for. Running away from the sea, are a series of well-marked footpaths leading you into the mountains, always with extensive views of the Bay. A relatively easy jaunt takes you climbing on the city walls behind Kotor, with steps and handrails, to help you over the steeper sections.

I decide to tackle a more strenuous trail which follows the line of the walls, up the mountains, on an old track which brought supplies to the port. It was built for donkeys or mules so the gradients are not particularly steep. Still, under the glare of the midday sun, I’m glad I’ve brought enough water and the final section is quite a push. I’m aiming for one of the little peaks that stand over the bay, but just about make it to the road below. I could carry on, but decide to order a taxi to take me back. 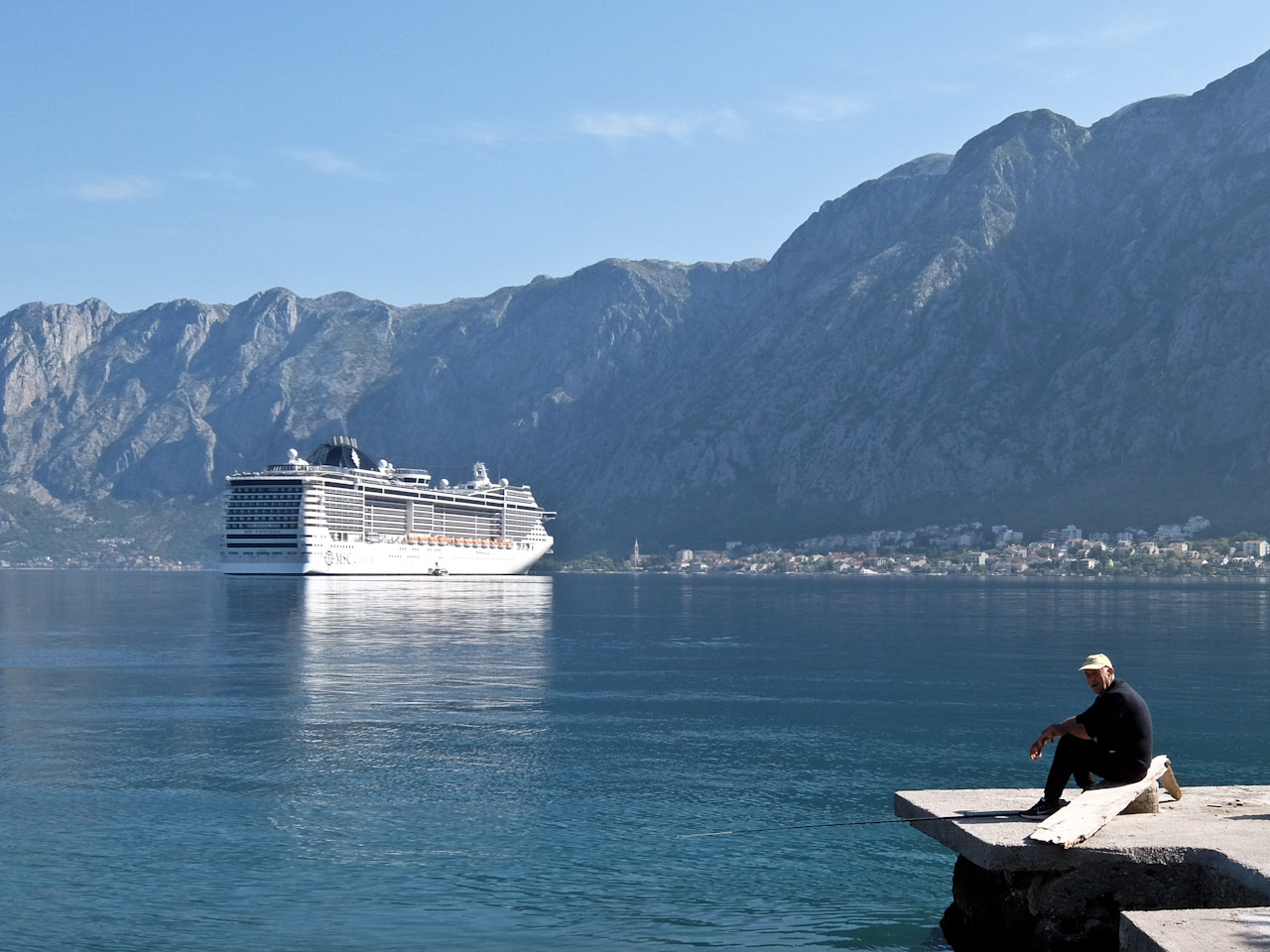 In two days, I barely manage to scratch the surface of what’s on offer in the Bay of Kotor, let alone in the rest of Montenegro. In a country barely the size of Northern Island there are still 300kms of coastline to explore, dotted with gleaming white stone fishing villages, medieval towns and hidden coves. And in the interior sits Durmitor National Park, with snow-capped limestone peaks, glacial lakes and the Tara River Canyon. I have to come back.

INFO: Montenegro Travel has information about the country.

The Gatwick Express is the fastest way to the airport from central London.

STAY: Hotel Regent Porto Montenegro makes a comfortable base to explore the area and can supply guides for hiking and biking. CHECK AVAILABILITY.

Q&A: I’ve got a 24-hour stopover in Singapore, what is there to do?

Qatar: A guide to where to eat, sleep and sightsee in this tiny country.

In Montenegro, find your paradise along the 300 km long coast with 14 islands, many secluded beaches, caves and azure water. Hight mountains rising above make this scenery beyond perfection.