The city of Hull UK Capital of Culture – Really? 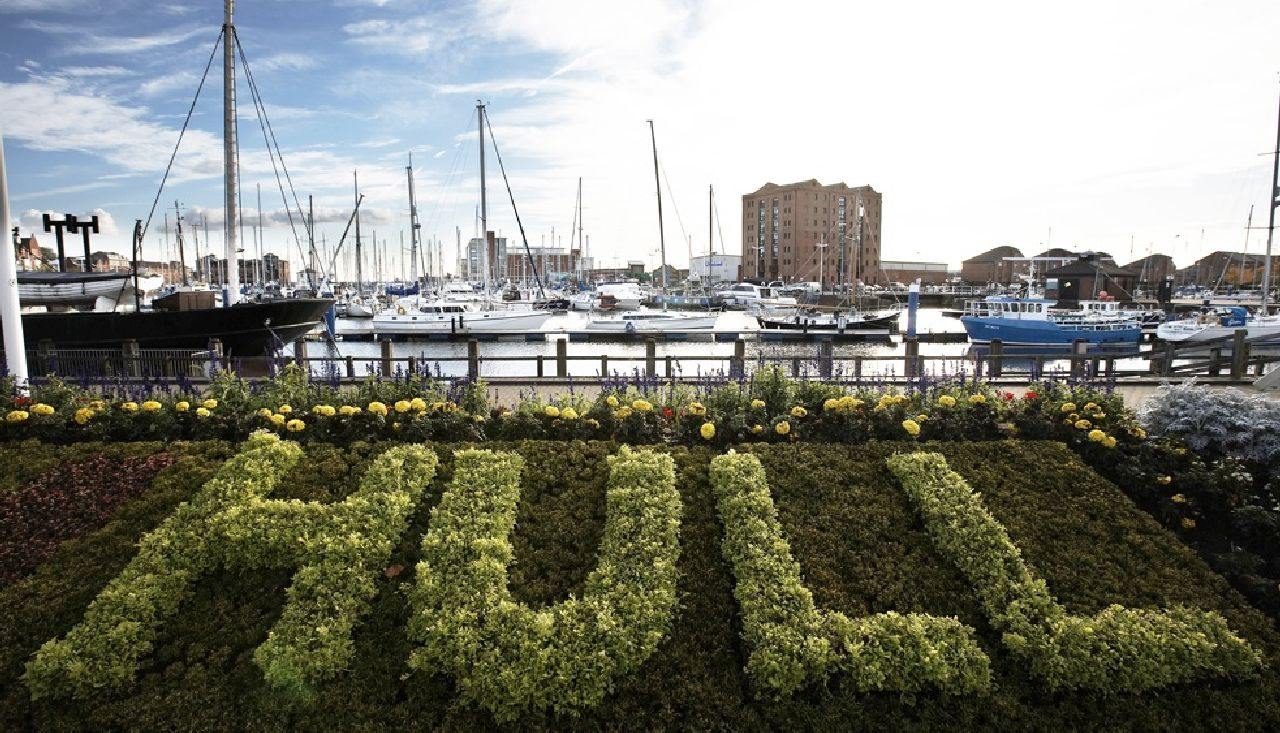 Ok, I admit it. Even though I had never visited, I was one of those who was cynical when the city of Hull (full name Kingston upon Hull) was crowned UK Capital of Culture 2017. I was that incredulous that all I could think was – who did they bribe?

As recently as 2015, a survey by the City Council found that over half the population lived in the most deprived areas of the country. Before that Hull had not achieved that many column inches in the newspapers beyond the cod wars with Iceland in 1970s which all but ruined its fishing industry. And during the World War years poor Hull was the second most-bombed city in England, thanks to its docks.

So, you can understand why it took me four months to find the impetus to do my job and check it out.

Boarding Hull trains from Kings Cross it was a direct three-hour whizz and before I knew it I was face-to-face with a huge, unmissable smile-inducing pink poster saying “Welcome to Hull, where have you been all our lives?”

A few steps away there was a stand with half a dozen (of 4,000 dotted around the city) sky-blue-jacketed people smiling and giving out leaflets about the city. “Who is paying you to do this” I asked. “We are volunteers, we want to tell you about our fabulous city” they said as they handed me some blurb.

I picked up a taxi outside the station: “Are you visiting?” asked the eagle-eyed driver spotting the leaflets I was still holding. “It’s a great time to be here – the city has spent £25 million on the pavements alone and £30 million on the New Theatre”, he said pointing to an unfinished building. “Oh and over there” he said nodding his head in the direction of a huge board with the words Fruit Market, “is the new regenerated trendy area where the old fruit market used to be”. Was everyone here secretly working for the press office I wondered.

A 90-minute walk around Hull that changed my views

To find out more I hooked up with effervescent local guide Paul Schofield. We started out at the beautifully revamped marina (formerly Humber Dock) where the free-to-enter trawler museum is moored, on his fact-packed 90-minute walking tour on shiny newly paved and cobbled streets, around this compact city.

Paul led the way into the Old Town’s twisty, narrow alleyways that with elegant Georgian architecture looked surprisingly lovely in the morning sun. Cosy eateries and homely pubs appear every now then, and old shops whose decor looked like time had stopped, were beckoning.

Phone boxes are coloured cream not the usual red. Turns out it’s because Hull, a city with secret ambitions to be independent, had its own phone system while the rest of the country had BT.

We walked into the Victorian Hepworth shopping arcade with its magnificent glass dome roof sheltering a clutch of independent shops including Beasley miliner (with a hat for every occasion) and Dinsdales that opened in the 1930s. It is the oldest joke shop in the UK and with its faded price tags in its prank-packed windows it looks it too. It’s claim to fame is that it inspired Reece Shearsmith’s sketch show League of Gentlemen. John Dinsdale, the owner, was a bit of a joke-a-minute laugh who was more than a little partial to high-jinx. 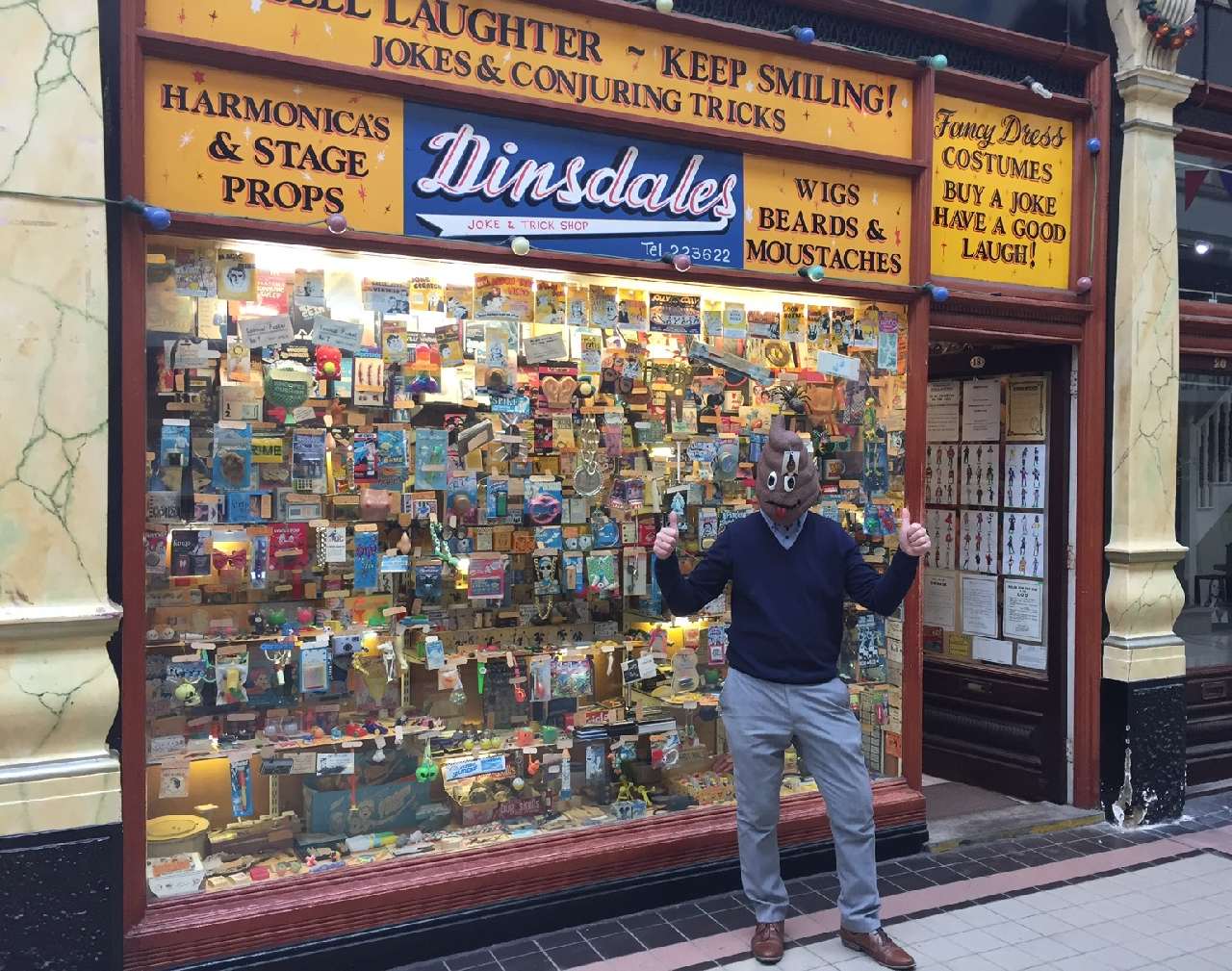 Dinsdales joke shop, the oldest in Europe whose owner is partial to a prank or two.

On the street absurdly named Land of Green Ginger (no-one knows why) there is a hard-to-find window, thought to be the smallest in the world. It’s less than an inch wide yet if you peer in you will be rewarded by the shocking sight of a monster face.

We took time to look around Museum quarter and I made a note to return. The same with the Fruit Market that revolves around Humber Street, an urban village that will have had £80 million spent on it once all the brand new restaurants, independent shops and homes are complete.

The walk ended on the very spot that the English Civil War started when Hull refused to let King Charles into the then walled city. Workmen are busy excavating the spot in the shadow of the 700-year-old Holy Trinity Church, as I write.

Things change though and right now, Hull is not just letting people in they are encouraging them any way they can to get to know their frankly quirky city.

Everything you need to know

Getting there: Hull Trains has trains that depart from London Kings’s Cross. Seats are comfy and roomy and come with plug to recharge appliances. And free wi fi. Return fares start at £36

Stay: The best located hotel is the Holiday Inn Hull Marina, which is walking distance from everywhere you will want to visit. It has doubles from £74, room only. Parking is available for £7 a day.

Dining: Head to 1884 because this gem of a restaurant offers beautifully presented food, in an atmospheric environment right by Humber Dock Street, overlooking the marina. It is managed by Start with your favourite tipple in the bar and when ready transfer to the dining room. A fabulous menu of British food tempered with influences from around the world is available in a relaxing, stylish chandaliered environment, with dark wood ceiling and wood floor setting a calming scene.

Incidentally, they also have their own 1884 wine and tapas bar opposite which has a lovely ambience in which to sup a tipple over some easy eating food.

Tapas: Located in the newly renovated Humber Street is this brand new restaurant . A lovely selection of small dishes and a veggie share plate served in a funky industrial chick environment. 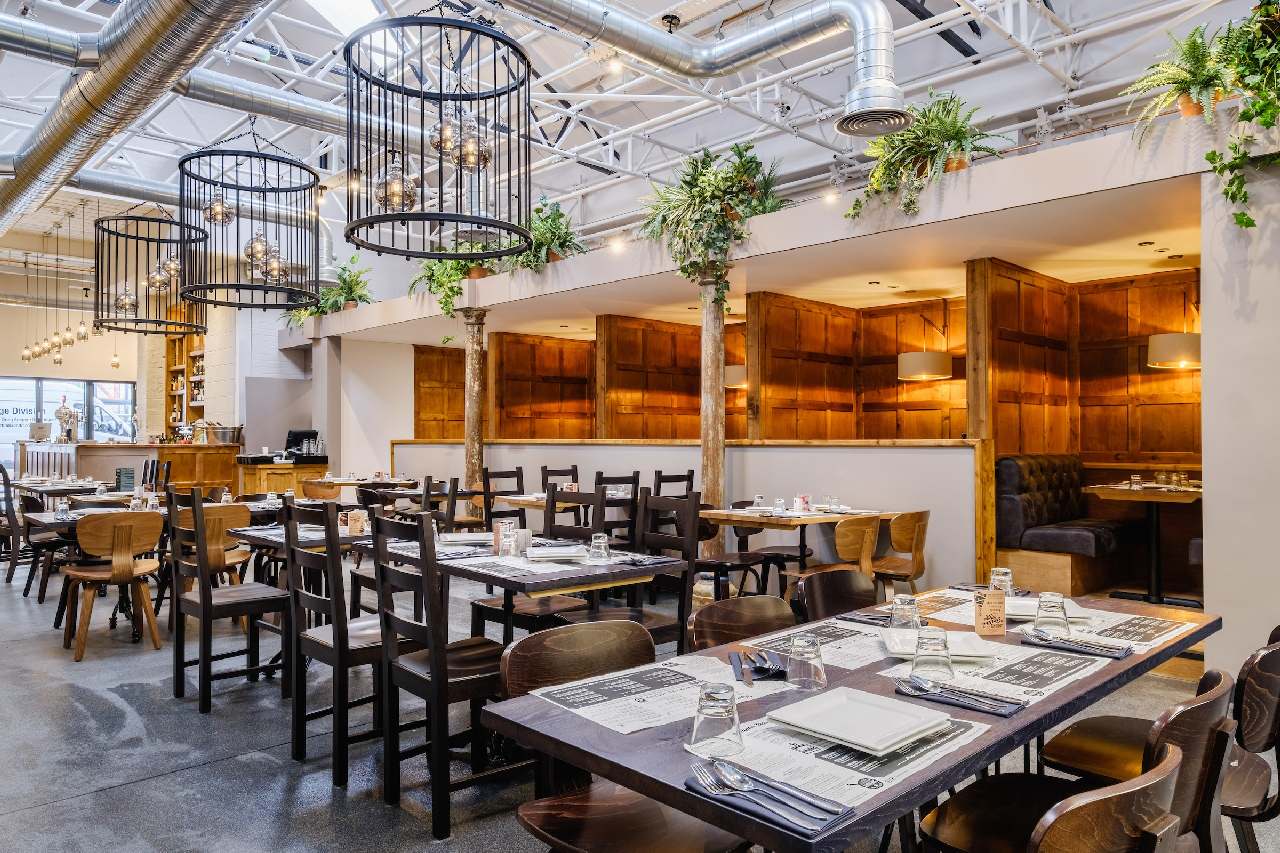 Down a pint:  There are cosy pubs at every turn in the old town and even micro breweries such as the Lion and Key on High Street, who brew under the Cathead label. Their Brexit or Bust pint is a staggering 14 per cent alcohol, yet tastes so honeyed you would never know it. Their decor is interesting too, with walls and ceiling covered in different styles of beer mats.

Drink gin: Just opened in the newly revamped Fruit Market is the brand new Humber Street Distillery Co – a first for the city. Choose from a selection of more than 100 gins – many fruit flavoured – and be served by a bartender wearing braces behind a mirrored bar.

Visit: The Deep, an aquarium whose iceberg shaped building is in itself, a work of art. The wonderful comings and goings of life in the sea are displayed and you will see a small community of penguins and sharks. 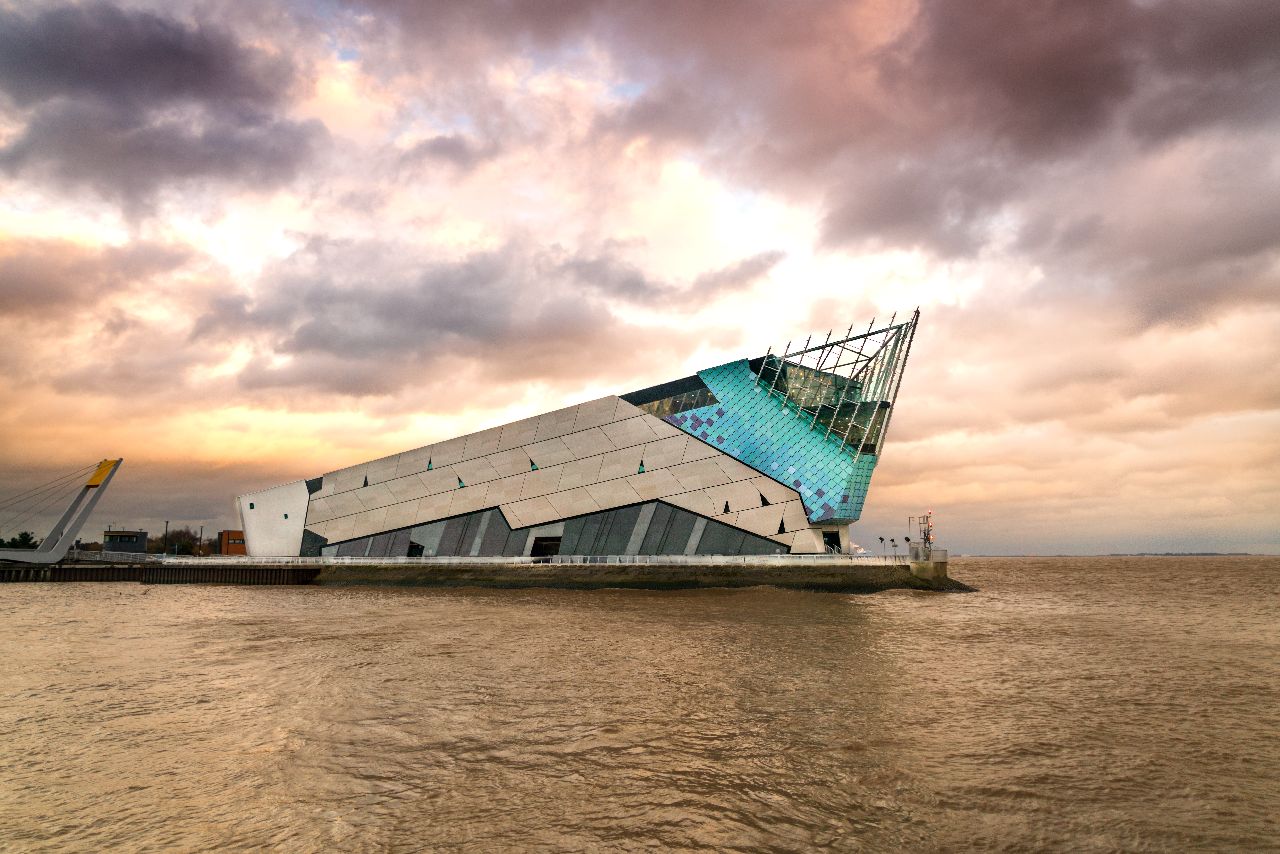 The Deep aquarium, the building is a work of art

Walk: Paul Schofield runs myriad of themed walks from pubs, literature, sculptures and the fish trail. From £4 per person

Museums: Hull has several fantastic museums worth knowing about even if like me, you don’t do museums. And incredibly they are all absolutely free to visit.

The newly redeveloped Ferens art gallery is superb. At the very least, pop in to see it’s newest addition, Rembrandt’s “The Shipbuilder and his Wife”. It belongs to the Queen and has been loaned to the museum. The Francis Bacon: Nervous system collection is quite haunting.

There’s also the Maritime Museum home to an Offshore exhibition exploring Hull’s relationship with the sea. You will also see the largest collection of scrimshaw (engraved bones or teeth, in this case whales or other sea animals) in Europe.

Museum street quarter comprises four venues: the Street Life museum home to various modes of transport from cycles, trams, steam to trollies; the Wilberforce museum – perhaps the oldest building in Hull which was once the home to William Wilberforce, a Hullensian MP who was pivotal to the abolition of slavery and the Hull and East Riding Museum of Archaeology where you will encounter sea monsters, Romans and a life-sized woolly mammoth.

Emirates reduces flights to the US due to reduced demand

[ENDED] WIN a fabulous 8-day holiday for two to Nicaragua worth over £4,000