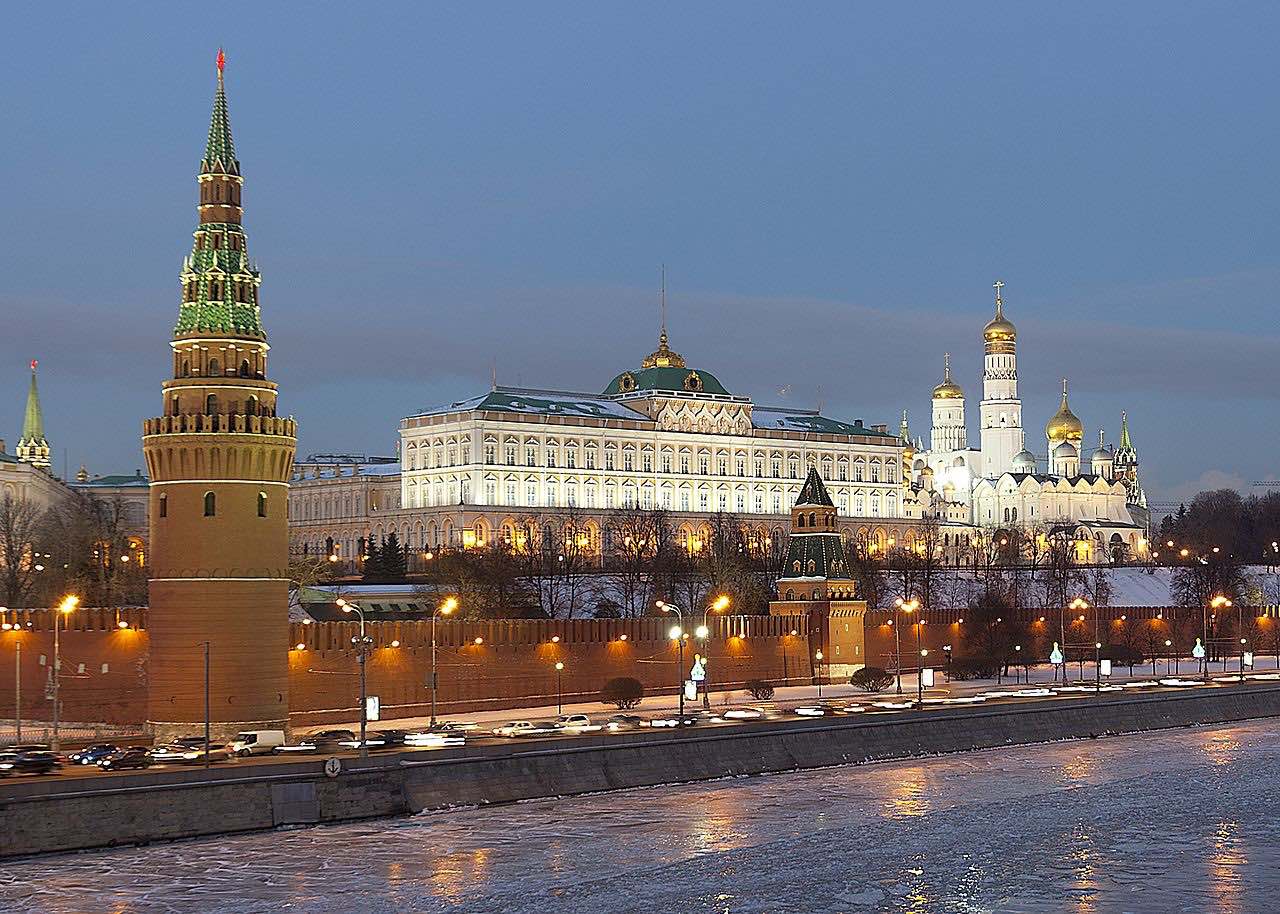 The name Moscow is used synonymously with the Kremlin and Vladimir Putin, yet the city is so much more than a political city and has plenty to offer visitors.

The beating heart of Russia is a global commercial hub, a cosmopolitan metropolis with 1,000 years of history and more than 10 million inhabitants. It boasts some of the finest hotels in the world, iconic buildings, rich cultural sites, and fine restaurants, so whether you are just passing through in transit, or have a day at leisure between business meetings, be sure to make the most of the most impressive capital city between London and Beijing.

Unlike its sister city St Petersburg, the Venice of the north, few foreign visitors think of coming to Moscow. The Cold War memories of a cold, grey city still linger, but in 2017 they couldn’t be further from reality. Now is the time to immerse yourself in everything Moscow has to offer. 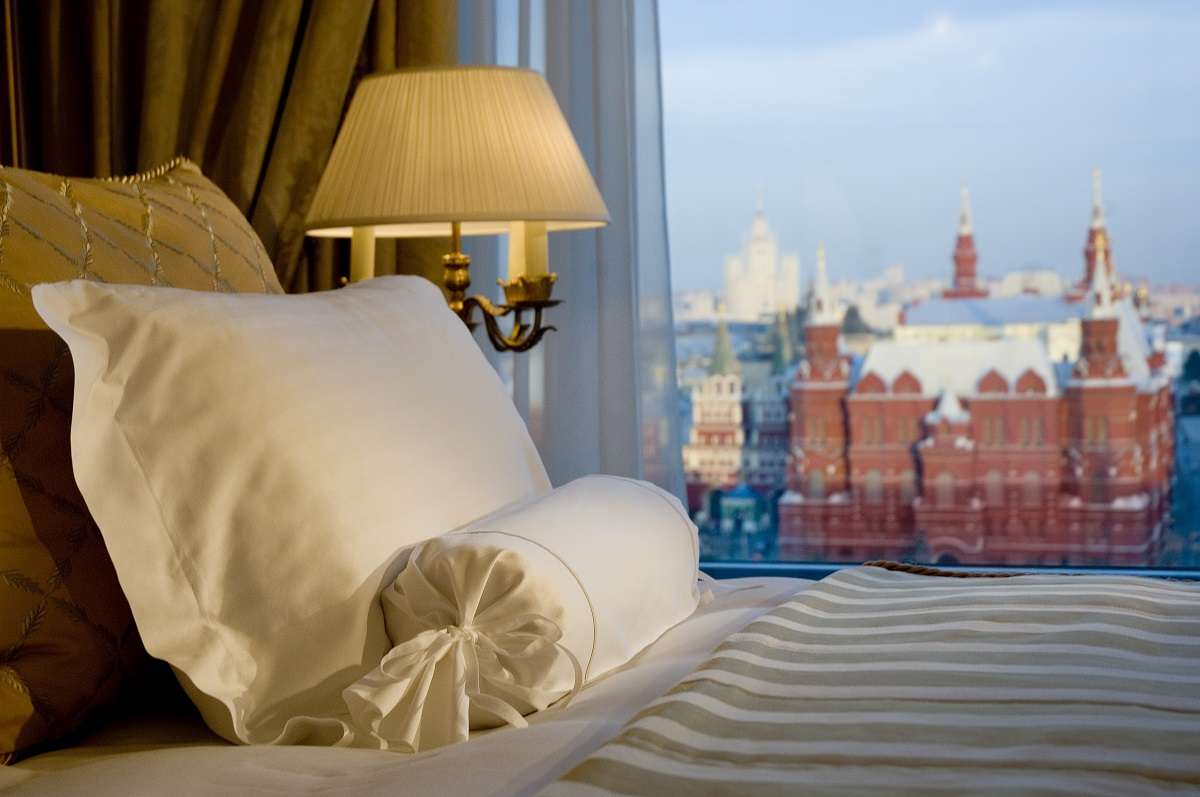 In Moscow, location is everything, and you can’t do better than to stay at the Ritz-Carlton Moscow (read our review), a stone’s throw away from Red Square. An historic hotel where the decor is inspired by the decadence of Imperial Russia, you’ll live like a Tsar in this palace. Superior guest rooms start from £225 at the weekends, and whether you’re treating yourself to fine dining in Novikov Restaurant, relaxing in the spa, or soaking up the stunning views of Red Square from the rooftop O2 Lounge, you’re not going to want to leave.

The Kremlin is Moscow’s fortress and it is the city’s cultural centrepiece as much as a political institution. Inside the vast fortified compound you will find three cathedrals, the Patriarch’s Palace, a church and the bell tower of Ivan the Great, and together these buildings are the holiest sites of Russian Orthodoxy — Moscow’s Vatican, if you like. Exquisite religious frescoes decorate the walls, incense drifts in the air, and every now and then it is possible to hear the sound of devotional plainsong. Here too is the Armoury Chamber with its extraordinary collection of state regalia, gold and silver plate, and jewels. Prepare to stand entranced by the craftsmanship and the wealth, the shear number and variety of sublime artefacts.

The old Red October Chocolate Factory, a converted industrial area on an island in the Moskva River, is the coolest place to be seen. Hipsters working at Digital October, one of the city’s most successful start-up incubators, hang out here, and you can join them for a contemporary art exhibition at Red October Gallery or the Lumiere Brothers Centre for Photography. There’s a bar serving fine wines at the neighbouring Strelka Institute, a creative space hosting open lectures, conferences and film screenings, or you can pop into Urban Kitchen for a drink and a bite to eat. 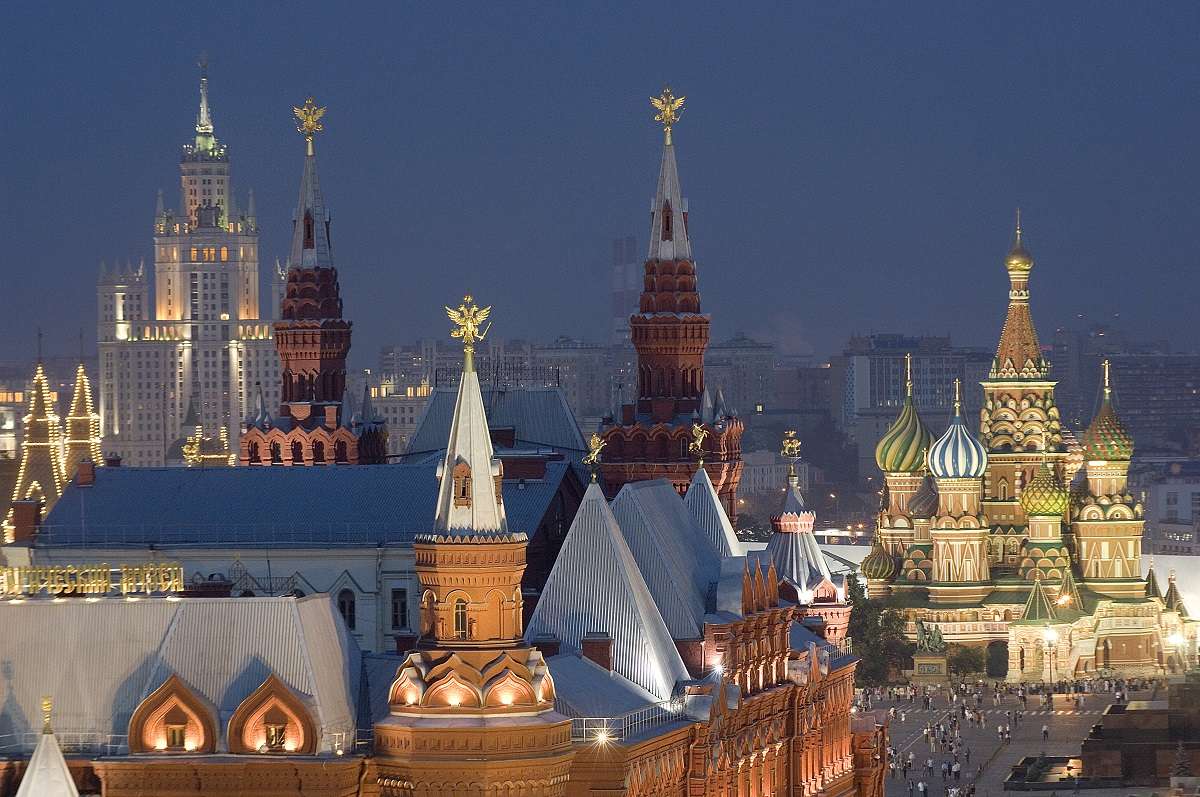 Forget the stereotypes: Moscow has so much more to offer than vodka, though if that is your tipple of choice, you’ll certainly be in for a treat. The city’s best mixologists are to be found in the O2 Lounge on the rooftop of the Ritz Carlton hotel. Dress to impress so you fit right in, and as you stand on the terrace gazing across the city, you’ll never forget the sight of St Basil’s Cathedral lit up at night.

Catherine II commissioned the Italian architect Giacomo Quarenghi to build her a neoclassical trade centre after the 1812 fire in Moscow. Today the complex is the GUM Department Store, and you should come here as much to appreciate the impressive metal and glass vaulted ceiling as for the designer stores. The delicatessen displays put even Fortnum and Mason’s to shame, and the shoe and handbag selections may well prompt hysteria.

The Radisson Royal has a flotilla of ice breaker yachts, and every evening you can step aboard for a dinner cruise afloat on the Moskva River. The gourmet menu includes fresh seafood platters, and the hot smoked sturgeon is undoubtedly a culinary highlight.

For authentic contemporary Russian cuisine, prepared with seasonal, organic ingredients from local farms, go to LavkaLavka. Think of it as Moscow’s answer to River Cottage. Our absolutely favourite dish on the menu is the beetroot spelt with porcini mushrooms, though the duck breast with stewed plums, honey, and ginger is also a highlight for your tastebuds.

The 540m high Ostankino TV Tower was the tallest free-standing building in the world until the completion of the CN Tower in 1976. Built to mark the 50th anniversary of the October Revolution, this iconic structure is a masterpiece of Soviet engineering and unexpectedly beautiful when it is lit up in many colours at night. The observation deck is open daily until 21.00 and on a clear day you can see right across the city in every direction. 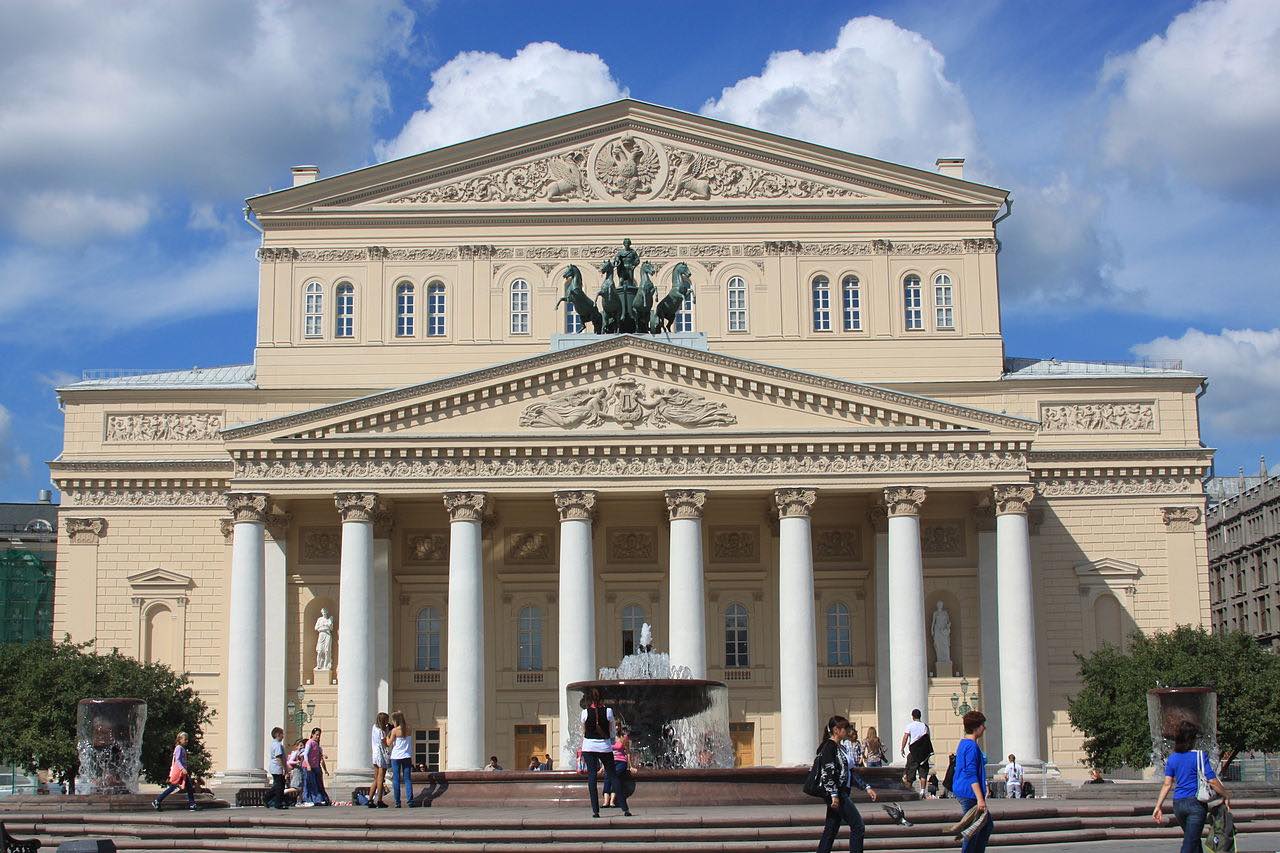 No one should come to Moscow without taking in a performance at the Bolshoi Theatre, even if ballet and opera aren’t really your thing. As much as £730 million has been spent on the recent renovation, and yet if you turn up at the box office half an hour before a show, you can still pick up a ticket for as little as £3. Major productions such as Swan Lake and Cosi Fan Tutte are usually staged in the main theatre, but you can also see contemporary works and rehearsals on the New Stage next door.

You can fly direct from London to Moscow with Russia’s national carrier, Aeroflot, from £204 return.

Note: British passport holders must apply for a visa before travelling, which requires visiting the visa application centre in London, Manchester, or Edinburgh. Details are available from VFS Global, the agency responsible for all visa applications in the UK.