Midway between the great Silk Road cities of Samarkand and Bukhara – the UNESCO World Heritage jewels of Uzbekistan – is the modern city of Navoi. Navoi is at the forefront of Uzbekistan’s recent economic boom, and though it already has a well-established reputation for gold mining and manufacturing, and a growing range of tax-free incentives attracting foreign companies and visitors to come.

Grand M Hotel may well be the best business hotel in Navoi. It’s owned by local businessman Kayum Mamarakhimuv but aspires to – and reaches – international 4* standards, which is still quite unusual in a country which has only recently opened up again to the outside world.

The majority of guests at Grand M Hotel are visiting Navoi Region on business, and Navoi city is a convenient place in which to base themselves for the trip. The staff are multilingual, the WiFi is pretty fast and free, and the concierge and front desk staff are available around the clock. 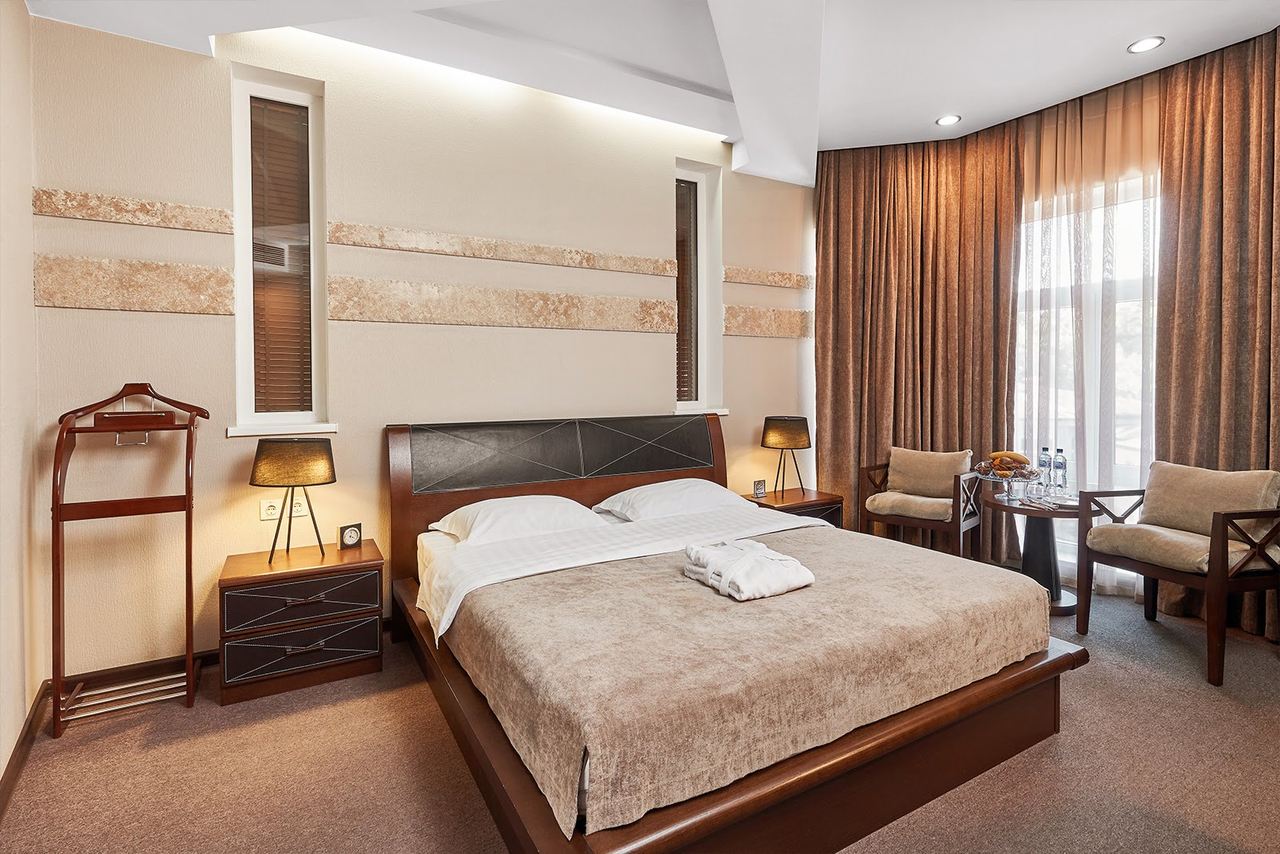 There are 30 air-conditioned guest rooms at Grand M Hotel, ranging from simple singles to suites, as well as several well-equipped apartments for guests planning on a longer stay.

If you have stayed at N InterContinental hotel, the decor may look familiar – the walls are in neutral, natural shades, as are the soft furnishings, and there’s plenty of dark wood and the odd colourful accent that appear in the bathroom tiles or the furnishings.

Bathrooms at Grand M Hotel have either a powerful show or a bath and the provision of L’Occitane toiletries and a hairdryer and fluffy bathrobes and the bath towels.

An extensive buffet breakfast is served every morning in Grand M Hotel’s main restaurant, La Grande, on the ground floor. There are proper coffee and a wide selection of teas and fruit juices, plus a breakfast spread of bread and pastries, cereals, fresh and dried fruits, and yoghurt. Hot dishes such as fried eggs, sausages, and omelettes are prepared to order by the attentive waiting staff.

Later in the day, La Grande is open for both lunch and dinner, and it is popular with diners who live and work in Navoi, as well as with hotel guests. The menu incorporates European, Turkish, and Uzbek dishes, so if you have had your fill of plov and fancy veal medallions or lamb loin instead, you are in luck. For a business dinner with clients, you can request a private dining room. 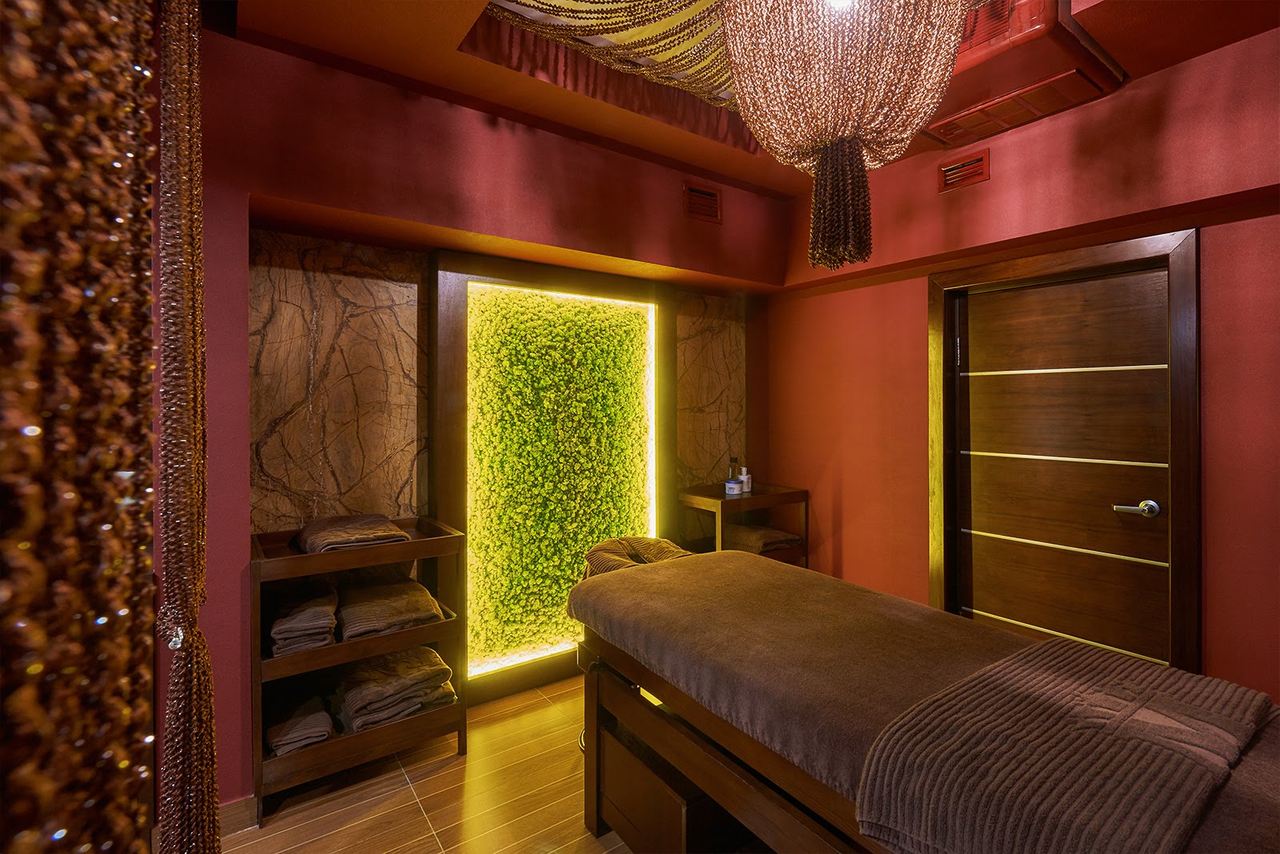 Considering the relatively small size, the Grand M Hotel offers a well-equipped gym and a spa with a Turkish hammam and a Finnish sauna, plus a menu of Balinese, hot stone, and aromatherapy massages delivered by carefully trained therapists.

A single room at Grand M Hotel starts from $100 per night.

Grand M Hotel is located in the centre of Navoi city, within easy reach of the airport and train station, and within the free economic zone.

Although Navoi is a new city, the land around it has been occupied for millennia. Drive-up into the nearby Sarmyshsay Gorge and you will find 10,000 petroglyphs created by ancient artisans: the wild animals and the dancing figures are particularly well preserved.

In Karmana there are two beautiful medieval sites, the Mir Said Bakhrom Mausoleum and the Kosim Shaikh Mosque.

On the main highway past Navoi Airport is a Silk Road caravanserai, Rabati Malik, and the domed water reservoir which ensured ancient merchants always had fresh water to drink. 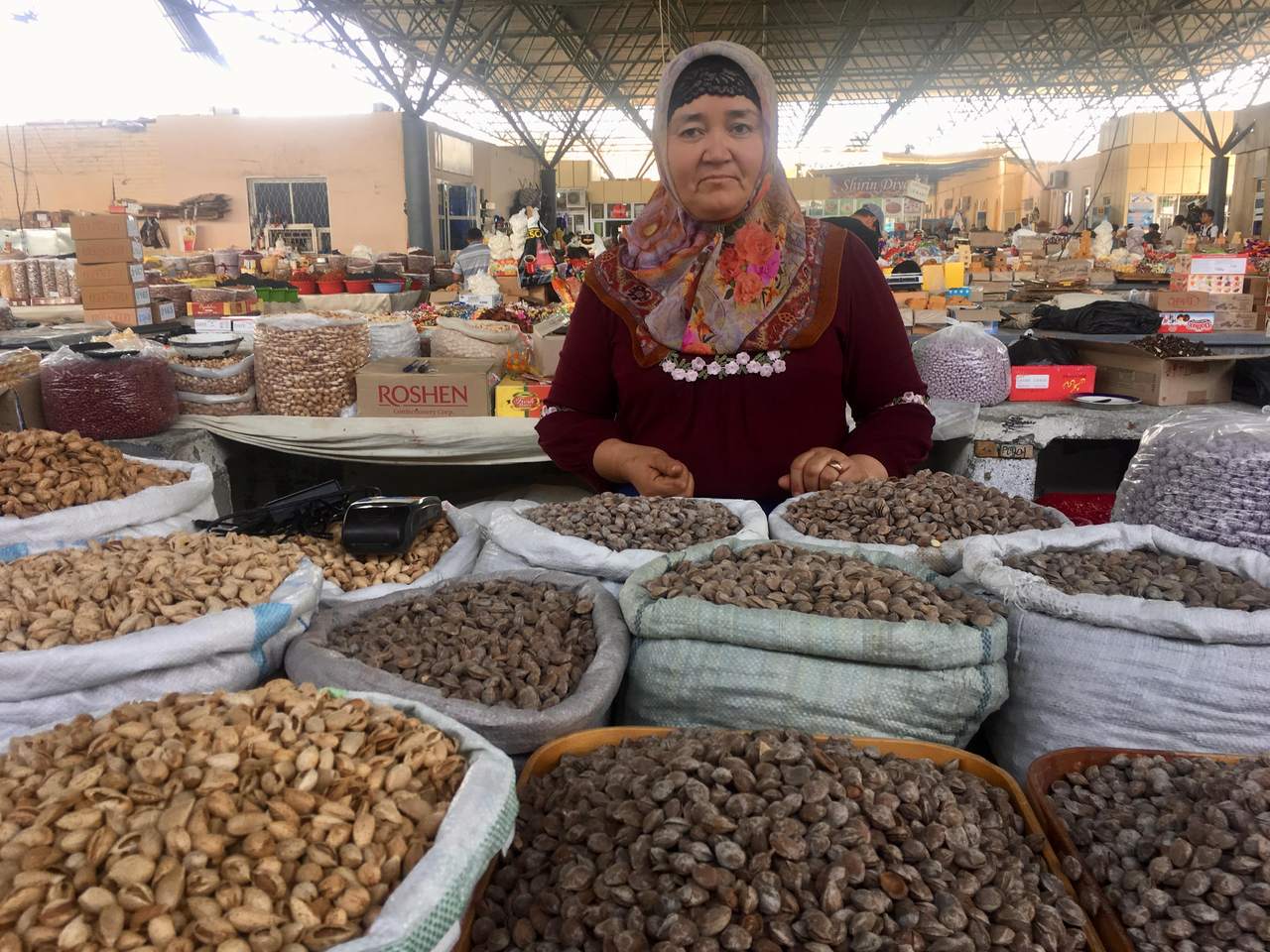 Navoi Bazaar is a vast space where locals sell dried fruit and nuts and freshly baked loaves of bread on the day. Many of the stalls are photogenic, and the traders are generally happy to be photographed.