The view really was something. Standing high up on our balcony in the Grand Hotel Parker’s gazing at Vesuvius in the distance, standing like a huge silent centurion behind the majestic bay of Naples I’m definitely having another moment.

There were quite a few moments to be had on our extraordinary InterRail adventure across Europe, made all the more exciting because this was InteRrailing at its finest.

No sleeping on train seats in cramped carriages for us, this was first class all the way.

Fortunately, InterRail provides maps and country information with the pass, so planning your route is easy enough, although I found myself becoming more obsessed with time tables and journey times the deeper we got into Europe.

Wednesday morning we set off from St. Pancras. The 8.05 Eurostar (which was the only part of our rail journey not covered by our InteRail ticket) whisked us silently away across the Channel and by late morning we were in Paris.

⇒ Read also: How to travel by train across Europe 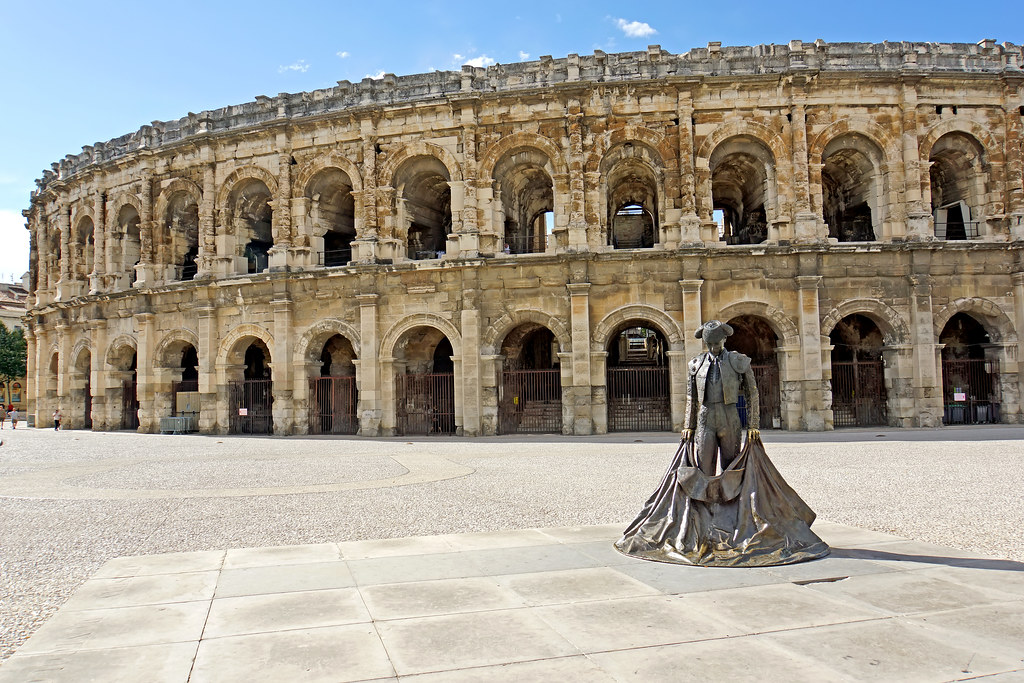 We had a quick lunch in a local brasserie and by 4pm we were in our first class carriage and well on our way south. It only takes just under three hours to Nimes, but there is a world of difference from bustling Paris. The Gard region of Languedoc is beautiful with Nimes at its centre, fascinatingly more Spanish than French, with its bullfighting, sangria and flamenco. But Nimes has more surprises in store.

The Romans had more than a passing interest and left some impressive buildings behind them. Not just any old Roman remains mind you, just the best preserved amphitheatre in the World. The gladiators may have long gone, but today over 20,000 people still go there to watch bullfights or concerts and lit up at night, the place is stunning. A mere half hour drive away is another Roman wonder, the spectacular Pont du Gard, a huge aqueduct built in 20 BC standing some 160 feet high and over 900 feet long. Also nearby, the magical Petit Camargue, a wetlands wonderland with semi-wild white horses and bulls, majestic wildlife, and vineyards spreading as far as the eye can see.

Saturday morning back on the tracks, we headed for Italy all the way along the stunning Cote d’ Azur. Just one change at Cannes and a wave of our rail passes to the guard, and in no time we were over the border. 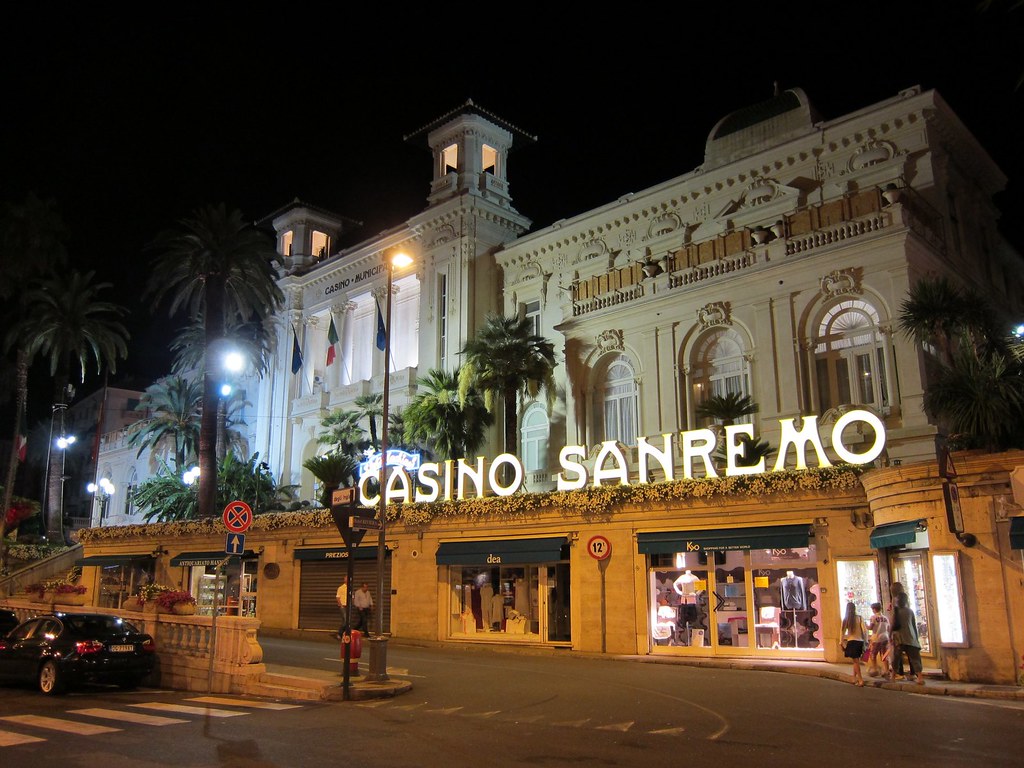 Apart from the fabulously sleek Frecciarossa express that runs between the major Italian cities, the local trains have seen better days. They might creak and groan, but at least they still run on time. A brief but hugely enjoyable overnight stay in the stately Royal Hotel San Remo and a stroll around San Remo’s remarkable old town, and we were back on the train taking the slow but scenic route across the mountains to Bologna.

Bologna’s wonderful cobbled streets, churches porticos and palazzos often play second fiddle to the draw of nearby Florence, but this is a city that simply must be visited. Mrs M and I devoured Bologna in more ways than one. We learnt to make fresh pasta in the Vecchia Scuola Bolognese run by famous chef Alessandra Spisni (who was quick to point out that Bolognese is traditionally made with tagliatelle and most definitely not spaghetti), and we explored Bologna’s ancient subterranean canals in a rubber dinghy and later joined the locals in gorging ourselves on aperitivo, where a little extra on your drinks bill gets you an unlimited snack buffet too.

The Frecciarossa express with its free espresso hurtled us south to Naples. A city that may have a dubious reputation for tourists, but aside from a hair raising taxi ride from the railway station, where our driver clearly had issues with Italy’s normal practice of driving on the right, it turned out to be surprisingly enjoyable. The old town’s ancient twisty streets, the churches almost on every corner, the good value shopping, and the wonderful nearby ruins of Pompeii and Herculaneum.

Leaving the Med, we took an express across country to Pescara on Italy’s Adriatic coast in the Abruzzo region, where amongst the mountain villages of the Gran Sasso we found saffron, lentils and some of the best olive oil in the land. Francesca Di Nisio, an olive oil sommelier no less, has a museum in nearby Bucchianico dedicated to the holy liquid and gave us some top tips for spotting the good stuff.

To save time, we took an overnight ferry (many are included in the InterRail Pass) from Pescara to Croatia’s sublime Dalmatian coast and gloried in the splendour of Split. The Diocletian Palace. The Riva promenade. The islands.

Croatia is fast emerging as one of the go to destinations in Europe and both Split and Zagreb were memorable for all the right reasons. Split has everything you could want in a coastal resort. It’s chic, it’s safe and it’s excellent value, whilst Zagreb, albeit some five hours north on a very slow train, has the baroque stature of Budapest or, dare I say it, even the splendour of Paris but without the crowds. Of course, staying at the sumptuous art deco Regent Esplanade, once the overnight stop for Orient Express passengers on route to Istanbul in the 20’s and still an iconic landmark in the city, merely adds to Zagreb’s magical embrace.

Croatia borders Hungary, Slovenia, Bosnia and Austria, so many possibilities from here.

We decided to sample a little Hungarian flavour with a short trip to Keszthely on Lake Balaton, one of the biggest inland lakes in Europe. The Hungarian rail service is an adventure in itself, no first class of course, just plenty of local colour and unpronounceable names. And crossing the border was exciting, with no less than three separate passport inspections on our train, one from the Croatian side as a sort of going away present, and then two from our new Hungarian friends, who seemed to eye us with more than a hint of suspicion. Perhaps it was our first class tickets and big suitcases, or more probably, just our vivid imaginations!

The route through to Austria’s Styria region is one of those classic train journeys with giddy ravines, alpine tunnels and majestic mountain valleys and with another wave of our passes, we sat back and enjoyed the spectacular view all the way to Graz.

Austria’s second city is rather overshadowed by Vienna, but its old town contains over a thousand historic buildings and endless little small twisty streets and small squares. It was declared city of culinary delights in 2008 and you won’t struggle to find a good eatery here with pumpkin seed oil in particular, a speciality. Styria is also blessed with thermal waters in its spa region at Bad Waltersdorf, where you can immerse yourself in wellness and warm water to your heart’s content.

Now we were on our final leg, just a short hop across the border to South Moravia in the Czech Republic, a growing wine region of some repute and once home to the fabled Liechtenstein dynasty at Lednice. Here, was the playground of the truly super-rich, a family so wealthy, they built huge follies around the landscape just to make the views from their window better.

Their UNESCO protected 17th century palace and gardens in Lednice are jaw droppingly stunning with imported trees and shrubs from all over the world. Brno, the Czech Republic’s second city is also worthy of a mention. Less crowded than Prague, it has a charming old town to explore, in particular, Spielberg Castle (no relation to the film director) and the Peter and Paul Cathedral.

So, Vienna airport on the last day of September, four weeks and 2,500 miles later, we are at the end of the line so to speak. We were glampacking after all, so flying back was a little luxury we could afford ourselves to maximise our month long passes. We met many characters along the way, and saw countryside you would certainly miss from the air.

There is no doubt that travelling by train is a relaxing and enjoyable way to see Europe.

There are no security issues to worry about, the train connections are excellent and you get dropped off in the centre of town. Most of our journeys were no longer than four or five hours but there are of course, overnight couchette options for an additional charge if you want to travel only at night.

Have you been InterRailing? What did you think of it? Leave a comment