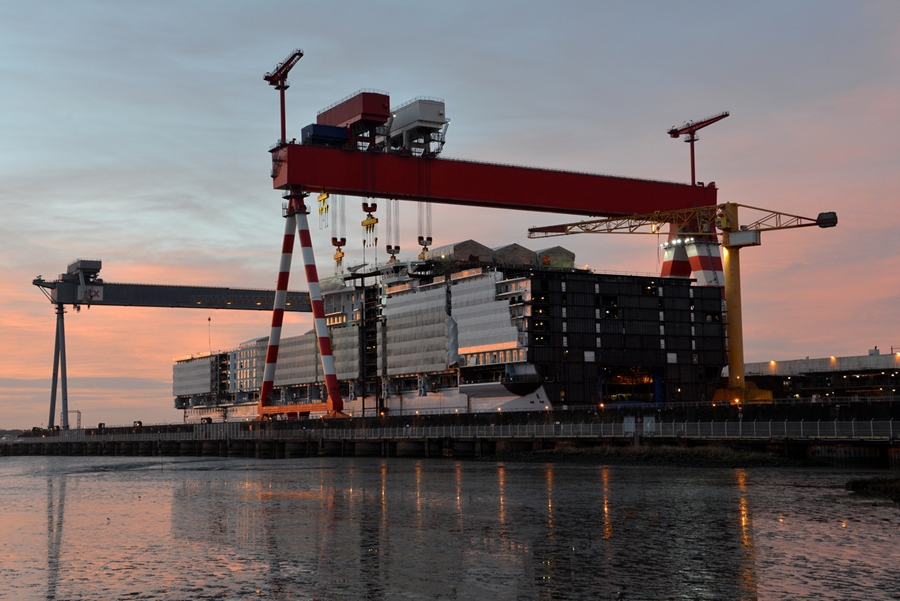 The largest cruise ship of all time is set to make its maiden voyage in April next year.

Royal Caribbean’s Symphony of the Seas will have the capacity to carry 5,494 passengers when it sets sail for European ports, including Barcelona and Palma de Mallorca in Spain, Marseille in France and the Italian ports of Florence, Pisa, Rome and Naples.

Read our review of the Symphony of the Seas

Symphony of the Seas is likely to have several of the same features as Harmony, including the 10-storey Ultimate Abyss water slide and the Bionic Bar, where robot arms serve drinks to guests.

Also included will be the familiar seven neighbourhood themes that have long been a feature of Royal Caribbean ships.

READ ALSO: Symphony of the Seas will now use facial recognition to board passengers

After its Mediterranean cruise, Symphony will set sail in October for Port Miami before embarking on a series of Caribbean trips with itineraries planned into 2019.

Its arrival will mean all four of the company’s Oasis-class ships will be based in Florida, with Allure of the Seas also in Miami, Oasis of the Seas sailing from Port Canaveral and Harmony from Port Everglades in Fort Lauderdale.

Royal Caribbean CEO Michael Bayley said this week that Symphony would combine attractions both familiar and new and promised a vessel “packed full of adventure”.

It will boast all of the innovations that are so well known with the Oasis Class, and then of course, because we have to have a whole new set of features … there are additions that we are not going to talk about today.

Last year the all-suite Seven Seas Explorer was unveiled. It was dubbed the world’s most luxurious liner, offering some of the most spacious and luxurious cabins and extravagant touches including Murano glass chandeliers and crockery by Versace.

Read also our article about Royal Caribbean’s most technologically advanced ship ever to sail, Quantum of the Seas.

Row over a $12 blanket causes a four-hour flight diversion