When you go on a holiday, do you enjoy poking around people’s graves, visiting places where hundreds were murdered or marvelling at ruins left behind by a catastrophic natural disaster?

At first, you might answer: “Of course, not!” But if you’ve ever dreamed of visiting Elvis Presley’s Graceland, the Ground Zero site in New York or the ruins of Pompeii, then you might just be a fan of dark tourism. Don’t feel guilty. You’re not alone. And in some cases, your visits to dark tourism sites could actually do good.

The term was coined in 1996 by Glasgow Caledonian University Professors John Lennon and Malcolm Foley to describe the trend of tourists flocking to sites associated with death, disaster and depravity. In a paper published in the International Journal Of Heritage that year, they noted that the number of dark tourists was growing exponentially.

Today, dark tourism is thriving, according to an article in the latest edition of Lonely Planet’s Bluelist 2007. Across the globe, a cottage industry of tour operators has sprouted to take travellers on guided trips to graveyards, torture chambers, battlefields and sites of gruesome crimes. But don’t feel bad about visiting these ‘dark’ places as many are deemed innocent, harmless and educational.

For example, popular dark tourism sites include the Père Lachaise Cemetery in Paris, where playwright Oscar Wilde and rock star Jim Morrison are buried; the Lorraine Hotel in Memphis, Tennessee, where activist Martin Luther King Jr was assassinated; the Pyramids of Giza in Egypt, where the pharaohs are buried; and the Nazi gas chambers at Auschwitz, which saw a 37 per cent spike in overseas visitors in 2004 alone.

Asia also has its share of dark tourism sites such as Cambodia’s Killing Fields, the Cu Chi Tunnels in Vietnam, and even the Changi Museum War Trail. 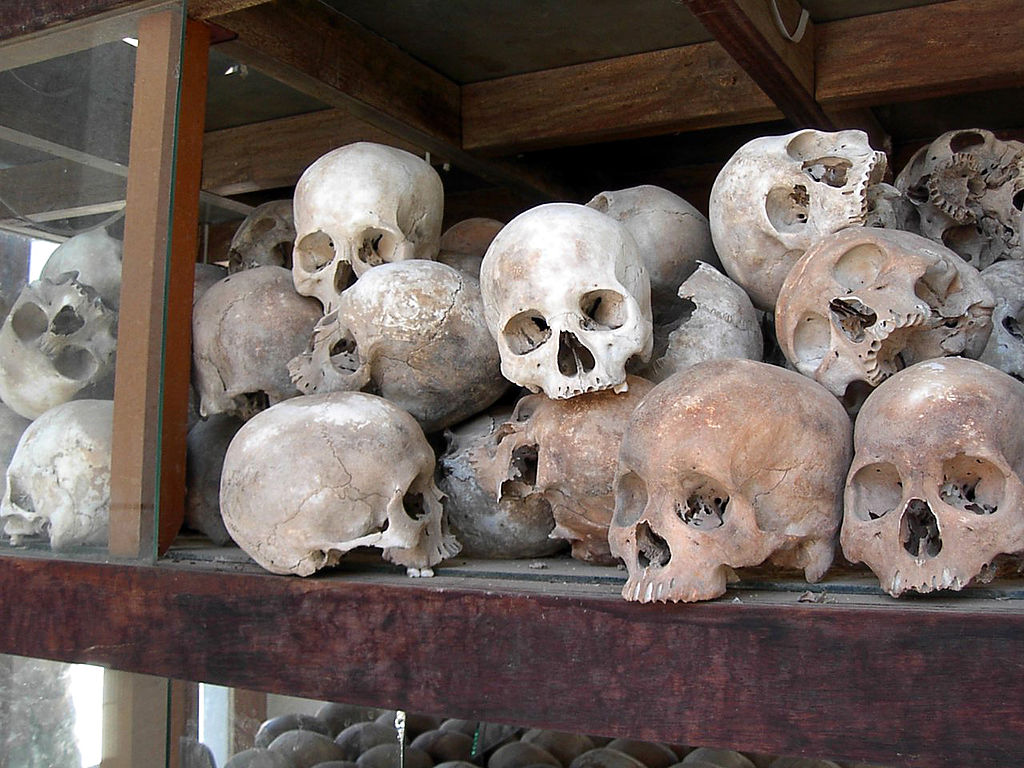 Most “would agree that it is good – visiting memorials reminds you what horrors humanity is capable of, makes you remember why certain values are important,” the Bluelist article said. “And travelling to a place that has been recently devastated – so long as it is done responsibly – is beneficial to the host community as well as to you.”

In an interview with Lonely Planet, Prof Lennon said that dark tourism has always been around because people have always been fascinated with death and hardship. He cites religious pilgrimages, Roman gladiatorial games and Victorian morgue tours as examples of dark tourism. He said: “The British nobility actually paid to watch the Battle of Waterloo in 1815.” However, he added that he was surprised at the speed at which many sites of death and destruction have recovered from their problems and are cashing in on their plight. For example, there are now guided walks around post-war Sarajevo, taxi tours of Rwandan massacre sites and bus tours of post-Katrina New Orleans.

Ms Ria Dunkley, a tourism doctorate student at the University of Wales Institute, is not surprised by the growth in thanatourism (the academic term for dark tourism). “We have historically had a curiosity about death – an example is the attendance of public executions from medieval times,” Ms Dunkley said in an interview published on her university’s website. “But as we become more global, increasing numbers of people are travelling further to visit these sites and often when they don’t have a personal involvement with them.”

Ms Dunkley, who has authored a research paper titled The Thanatourist – a morbid fascination with death and depravity, added that the media had played a part in developing this trend. “With 24-hour news coverage of disasters and tragedy happening across the globe, people are becoming more aware of these places, and subsequently interested in visiting them,” she said.

Prof Lennon, a self-confessed die-hard dark tourist, said that people shouldn’t feel guilty about visiting sites of death and destruction. “It’s about the dark side of human nature. It’s in all of us and it fascinates us,” he said. He is looking forward to a visit to the Killing Fields.