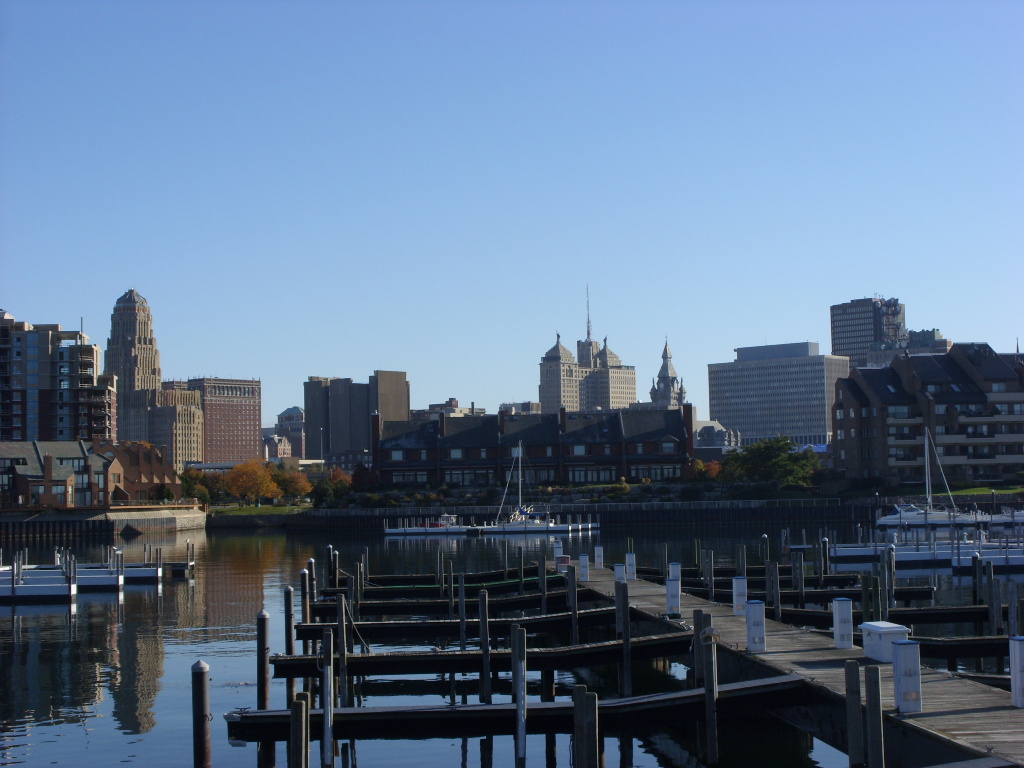 The Buffalo-Niagara Falls Metropolitan Area covers two counties – Erie and Niagara – in Western New York, with a population of some 1,135,500 people. I chose to spend 24 hours on the less well-trodden tourist track of Buffalo city, located on the eastern end of Lake Erie, before heading to the sublime Niagara Falls, some 17 miles away.

The city sits at the beginning of the Niagara River, which flows northward over Niagara Falls and into Lake Ontario.

Did you know that the Niagara River collects all the run-off from the Great Lakes, which amounts to about 20% of the world’s fresh water!

Buffalo was once one of the largest and most prosperous of all American cities. Mark Twain was an editor on the Buffalo newspapers and Duke Ellington played the jazz clubs. In 1906 the city was also the world’s biggest grain port. Sadly, however, by the late 20th century, it was somewhere that many aspired to get out of – that is, until now.

Buffalo is having something of a renaissance and, after over $1 billion in investment and years of hard work, it has undergone a dramatic transformation into a vibrant, interesting city.

Wake up to yoga! Or, if the idea of free outdoor yoga classes at Canalside during the warmer months doesn’t float your boat, try cruising Buffalo’s waterways on water bikes, which are available for rent here as are pedalos and paddleboards. Or explore the Buffalo River corridor on a kayak tour and paddle through Elevator Alley – an amazing collection of imposing grain elevators. In the winter, pedal the Canalside ice rink on an ice bike with one wheel and one blade.

Those preferring a more sedate journey can try a narrated Buffalo harbour cruise.

At Canalside there’s a very beautiful memorial area on the waterfront with monuments to war veterans, serving as a backdrop to the Buffalo & Erie County Naval & Military Park. Take a tour of the ships (including a sub) at the museum there. 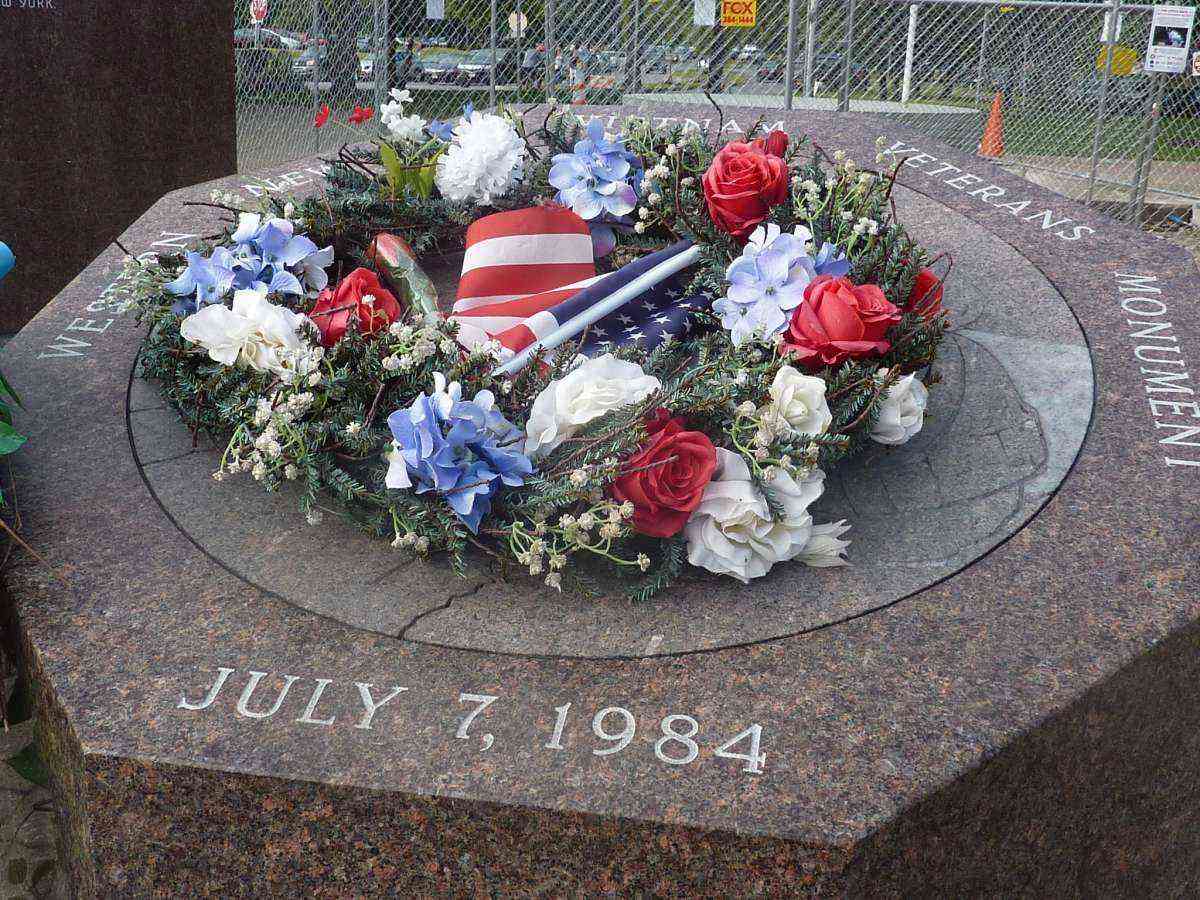 Spread throughout the city are many museums and historic relics. There are various walking tours to see them or you can take the Open-Air Autobus.

Some of the buildings of history’s greatest architects, including Frank Lloyd Wright, Louis Sullivan, Henry Hobson Richardson and Frederick Law Olmsted, can be seen here. The original manuscript of The Adventures of Huckleberry Finn can be found at the Mark Twain Room in downtown’s Central Library. Also visit the Colored Musicians Club museum where the likes of Dizzy Gillespie, Duke Ellington and Count Basie once played.

If drama is your thing there are over 20 theatre companies and Buffalo also offers world-class art. There’s an impressive collection of modern art at the Albright-Knox Museum (entry: $12 adult, $8 child; pre-book your ticket) amongst others, as well as old masterpieces from famous global painters.

Silo City – the world’s largest grain elevator collection, lovingly reinvented into a most unusual – and popular – event space for craft beer festivals, flea markets, literary readings and more. Or spend the evening at one of the many clubs and concert halls, which present diverse programmes. There is the Kleinhans Music Hall, for example, home to the Buffalo Philharmonic Orchestra. 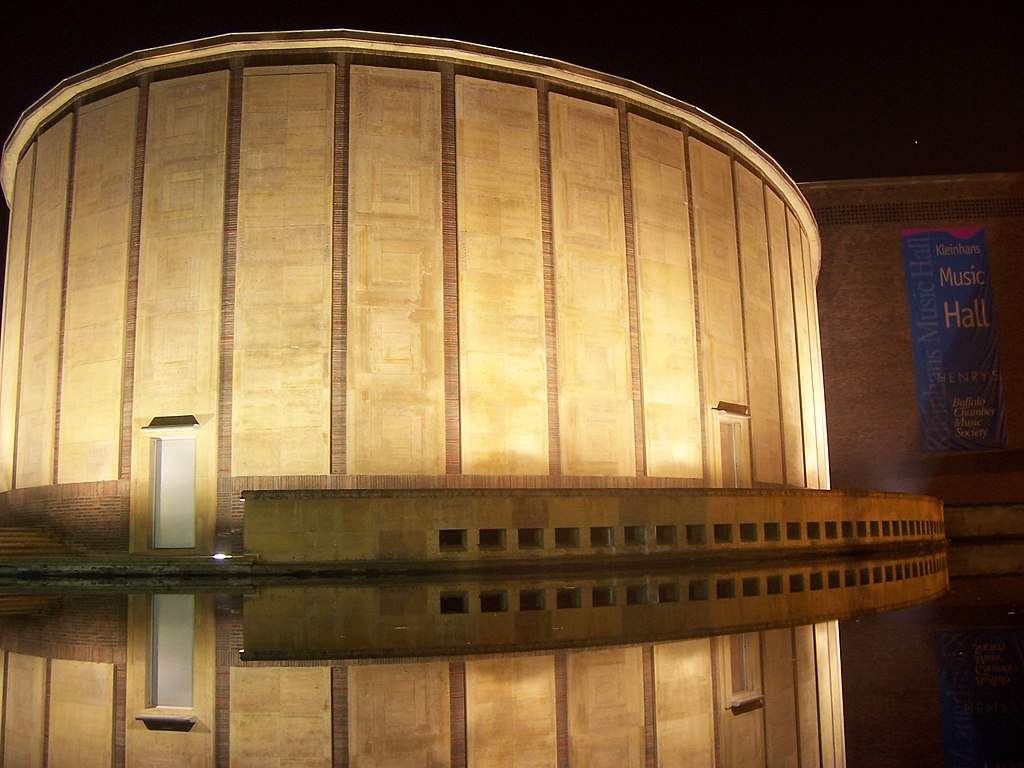 In the summer, take your favourite beverage and enjoy a spot of Shakespeare in Delaware Park, 10 minutes’ drive from Downtown Buffalo, in a setting designed by Frederick Law Olmsted (the man behind Central Park). On the edge of Delaware Park is the compact Buffalo Zoo, which is adding an ‘Artic Edge’ this Autumn, including Polar bears – so there’s something for everyone in this unusual part of New York State.

Catch a game. The city is the proud home to Buffalo Bisons baseball and you can spend a great couple of hours watching this at the Coca-Cola Field downtown. It’s minor league here so not expensive – or there are the Buffalo Bandits (indoor lacrosse) and FC Buffalo (soccer) as well. 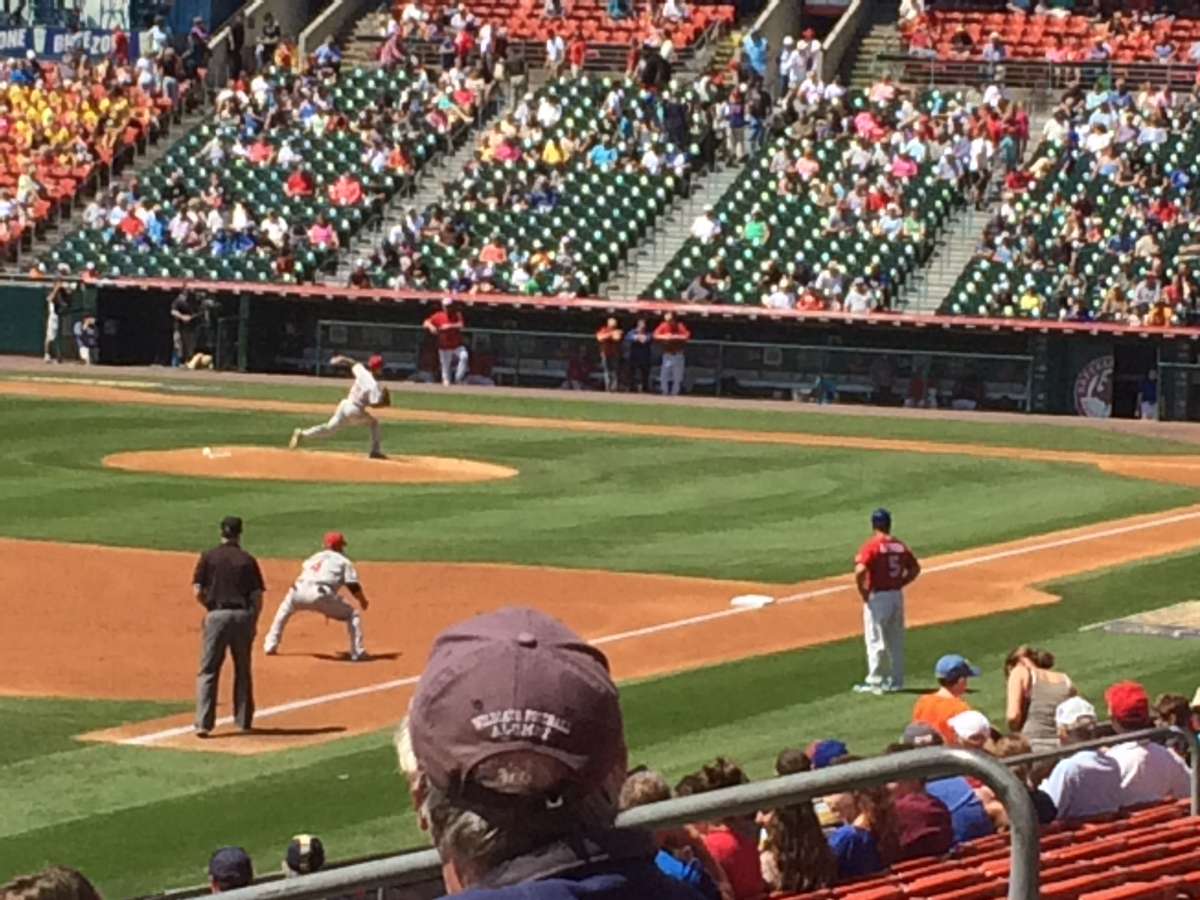 Baseball at Coca Cola Field and the Bisons won!

Buffalo serves food from around the world but try the local flavours – tuck into some original Buffalo chicken wings (the Anchor Bar is home to the original recipe), or beef on weck (Schwabls, West Seneca, is a good place to go) and bring some sponge candy home for a sweet souvenir.

Also, try a guided walking tour of Elmwood Village and sample local delicacies and amazing architecture at the same time.

As well as being a thriving craft beer centre the Buffalo region is also renowned for its wine, with two wine trails nearby. Niagara-on-the-Lake (about 45 minutes’ drive from Buffalo), hosts three major wine festivals annually.

I stayed 15 minutes’ drive from Canalside at the Millennium Hotel, opposite the Walden Galleria Mall at Cheektowaga (great if you like to shop and then catch a movie).

When to go: It’s true, it can get very cold in the winter so just be prepared and you’ll reap the rewards. Some attractions are seasonal so check before you travel.

Getting there: Buffalo Niagara Airport offers over 100 flights daily, non-stop to airports connecting to the UK, including New York’s JFK (about 1 1/4 hours).

Getting around: Walk to most of Buffalo’s attractions or travel on the funky Metro Rail along Main Street and it’s free – you only pay if you continue underground.

Down Under: Travels in a Sunburned Country